“Hey Max, Andrew, Mr Banks and Jim. Just a note to say Thank you! Thank you for turning my Giulia Super into a World Sports car! My “Holics” stuff as I like to call it has transformed my Giulia from a mid field Pre 66 runner to a race winner across the board! “GIULIA CAESAR” as it has affectionately become known is now a proper race car. Every time I’ve added an Alfaholics part the car has gone faster. It has so far proved completely reliable too. This car started off doing 1:29s at Zwartkops in 2009. Today it can lap Zwartkops in under 1:15! I can’t think of a better return on investment than that! Lets see how we go at Kyalami!

Thanks again guys and keep up the great work and race parts supply!” 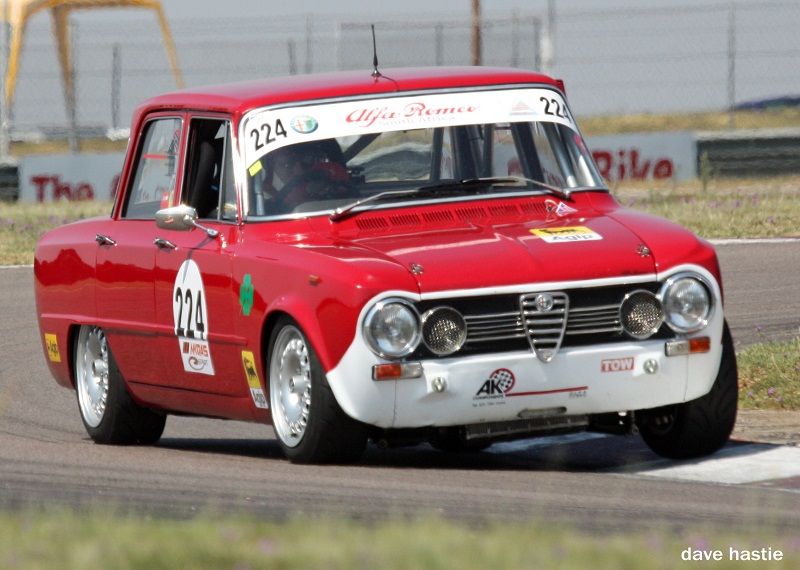 ALFAHOLICS advice and plenty of it.

The Springbok Trophy Series is a landmark race series in South African motor racing history. Incorporating the great “9 hour” race at Kyalami which was indeed an official round of the International Sports car championship From the 50’s to the 80’s. The Series has featured some of the following names as victors, Ickx, Sheckter, Piper, Mass, Bell, Regazzoni, Patrese.

While as an endurance Series the Springbok Trophy is generally considered a Sports car “must have”, it also has a rich tradition in Saloon car endurance racing. An index of performance weighting is the grand prize for the tin tops, who share the race with the big gun sportscars. Every now and then something strange happens and the Sports cars have to stand aside to much humbler machinery. 2011 Round One of the Springbok Series at Zwartkops Raceway in Pretoria was such a round. Trevor Tuck in the Pre 66 saloon class steered his Alfa Giulia to second overall in the pouring rain almost winning the Springbok race outright! The winning Porsche was able to stay  clear of the refueling rigs and jumped the tiny Giulia in pit stop strategy. Trevor’s eventual 4 minute pit stop put him 1 minute behind the winning Porsche at the finish, effectively meaning he was 3 minutes in front at the time of the stop! The 1 hour 30min race was the perfect precursor to the great Kyalami “9 hour Retro” event in December, effectively blowing the Springbok Trophy Series wide open and also the eyes of non-Alfa believers! Trevor now lies second overall in the Sports car category and 1st in the Saloon and Pre 66 class! 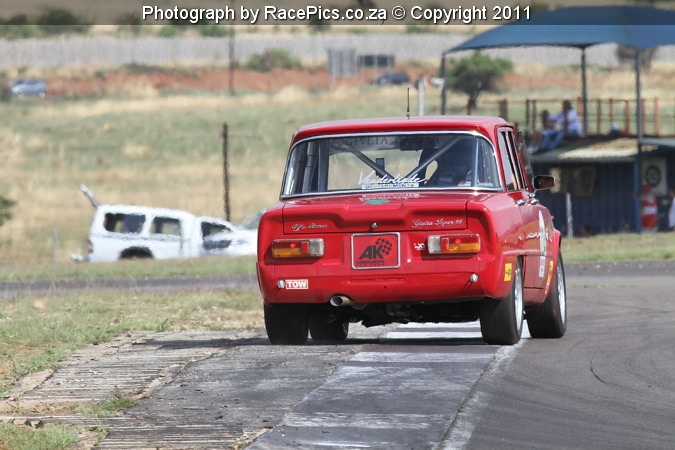 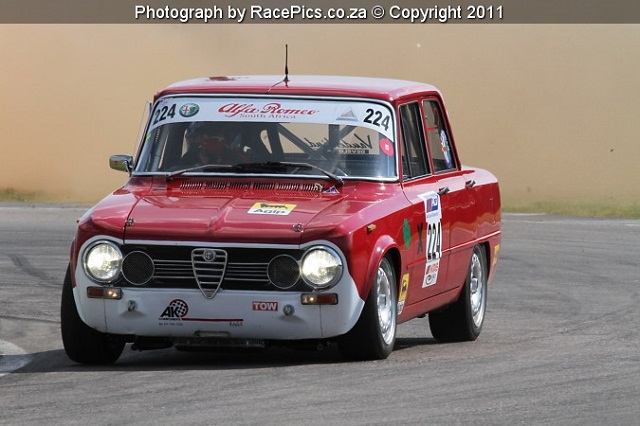 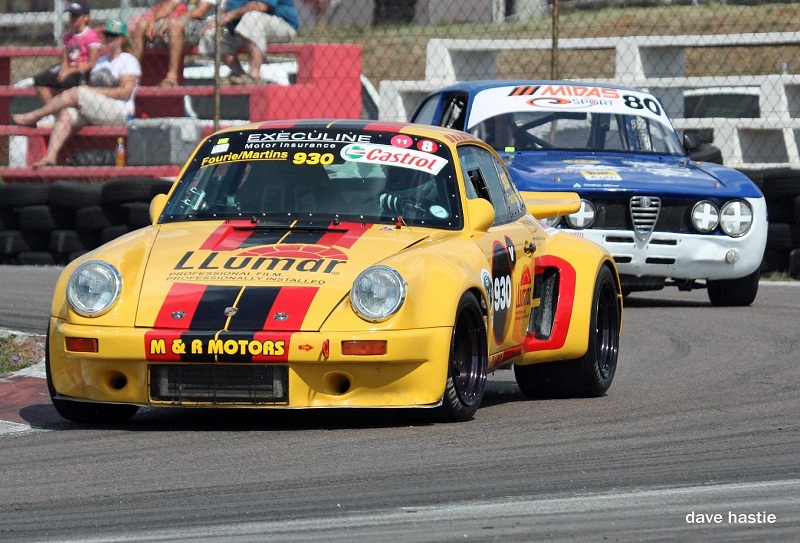 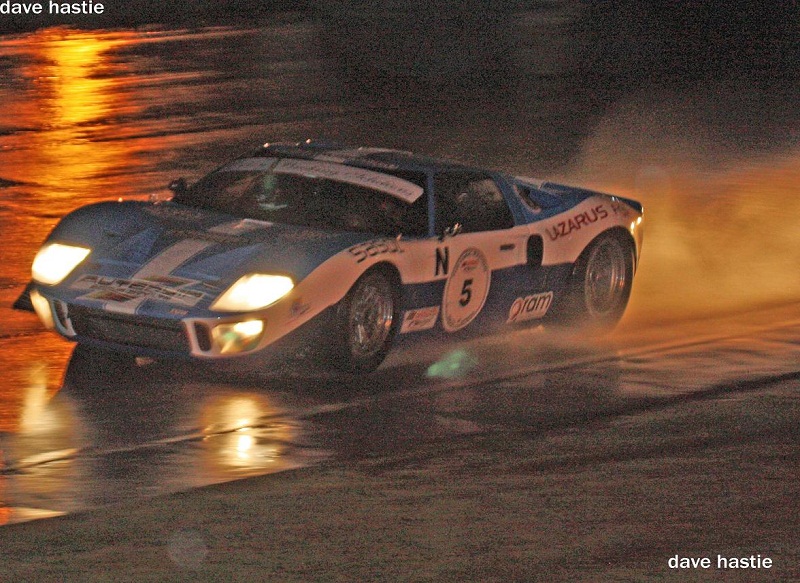 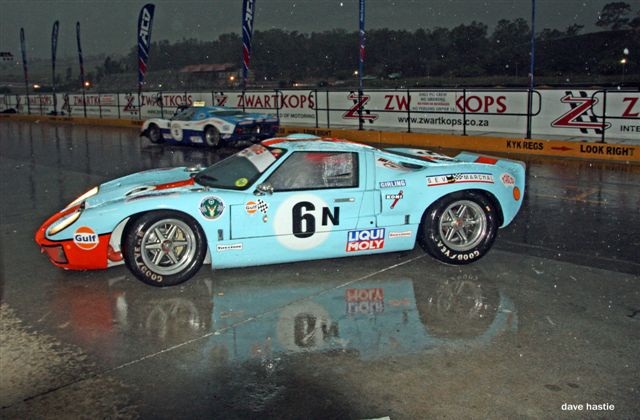 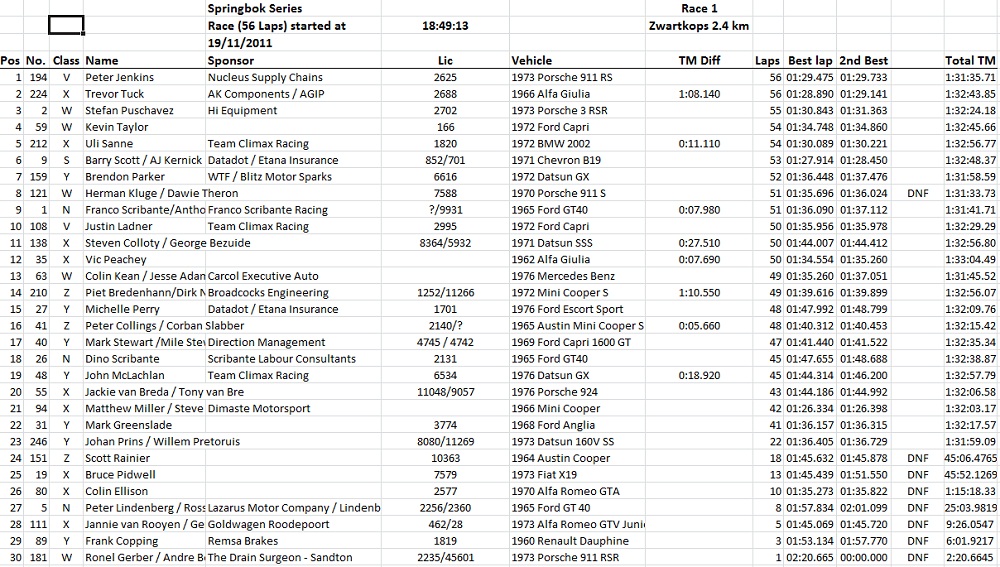