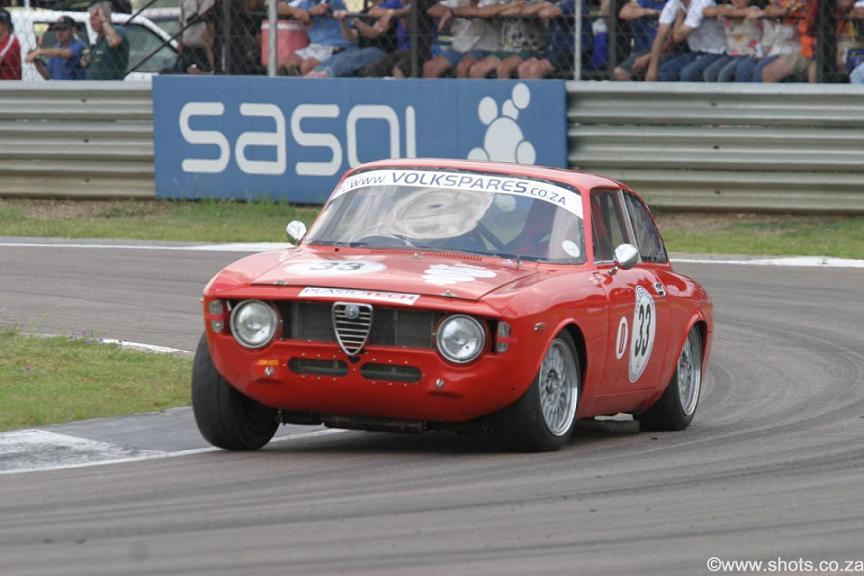 Photo taken at the 4th February 2006 Zwartkops races. In the pre \’66 category, Clive finished a fantastic 4th overall, only beaten by 3 V8s after a close battle with them! In the combined pre \’72 & pre \’77 race he won his class in pre \’72 and also beat all the more modern pre’77 cars in the equivalent class! Congratulations Clive!