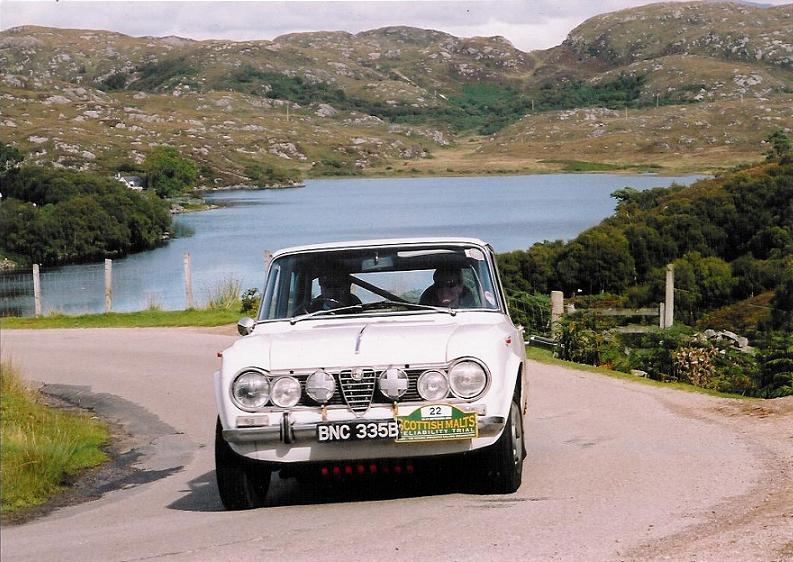 John and Susan Bennett campaigned their Alfaholics supported Alfa Giulia ti on the Malts in September 2004. Cleaning the first test at Knockhill, John and Susan continued on their winning way, setting fastest time on the next sprint. They led the rally for the first three days despite losing the drive to their speedo and Halda on day two. Alfaholics speedily sent a replacement cable to the stop at Fort William but damage to the gearbox connection meant it could not be fitted not helped by this having to be done outside in pouring rain. One hit cone on day four dropped them to 3rd overall, which they held to the end, winning their class. John also won the honour of the Test Pilots Trophy for the lowest combined times for all the driving tests, sprints and hillclimbs.