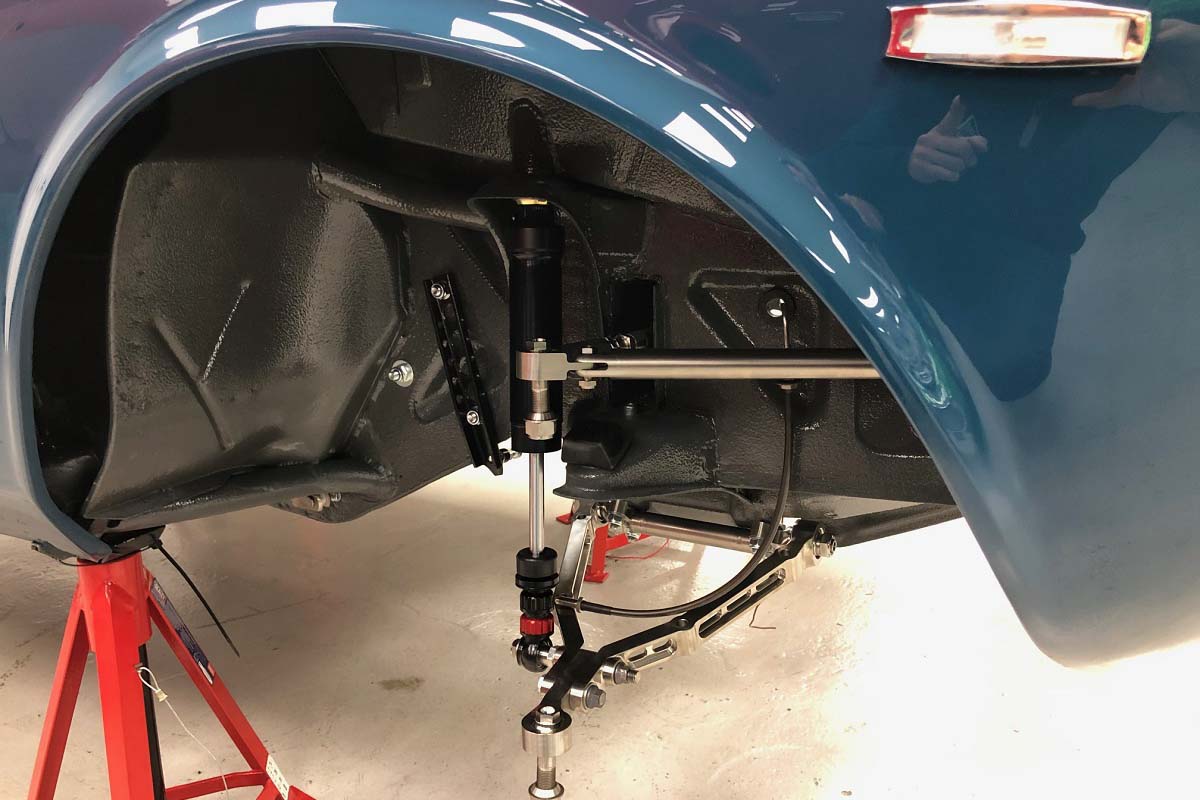 Cars with 2 bolt cross members can retro-fit these arms by modifying the cross member to later spec, as per the period Alfa technical bulletin. Dependant on your race series regulations, they can be used in conjunction with our lightweight spring pans or our fully adjustable 2 1/4″ conversion and with either a factory bottom ball joint or our geometry kit lower pickup. The arms use race type spherical bearings rather than the factory metallastic bush to ensure greater geometry precision.

As fitted to all top specification Alfaholics GTA-R builds.

Complete assembly of adjustable top arm and castor arm fabricated completely from titanium to form a single wishbone. The complete kit saves an incredible 3KG over standard adjustable top arm & castor arm assemblies – an impressive reduction of unsprung weight! As fitted to the Alfaholics GTA-R 290! The top arm inner bush and top ball joint are both converted to race quality spherical bearings for improved tolerance and further weight reduction. We also took the opportunity to design in a pair of unequal spacers for the top arm inner fixing point to allow an offset that lets you add more castor than is possible with the standard top arm before the arm hits the chassis leg. The kit is supplied as a complete set for both sides of the car, complete with titanium top arm inner bolt & nut, titanium top ball joint bolt & nut and titanium castor tube bolt & nut. You simply screw your castor arm ball joint on to fix the front mounting point to the chassis.

Following the success of our adjustable race dampers, we have developed this new double adjustable version. Working within the same valving range as our single adjustable units, these dampers have 2 separate adjuster knobs; one to adjust the compression stroke valving and a second knob to adjust the rebound valving. These dampers are designed for use by skilled drivers & mechanics to allow a finer level of adjustability to the cars handling. The rear dampers can be used in coil over format, as shown in the photo (springs not included) or with standard chassis fitment type springs. Priced per damper. 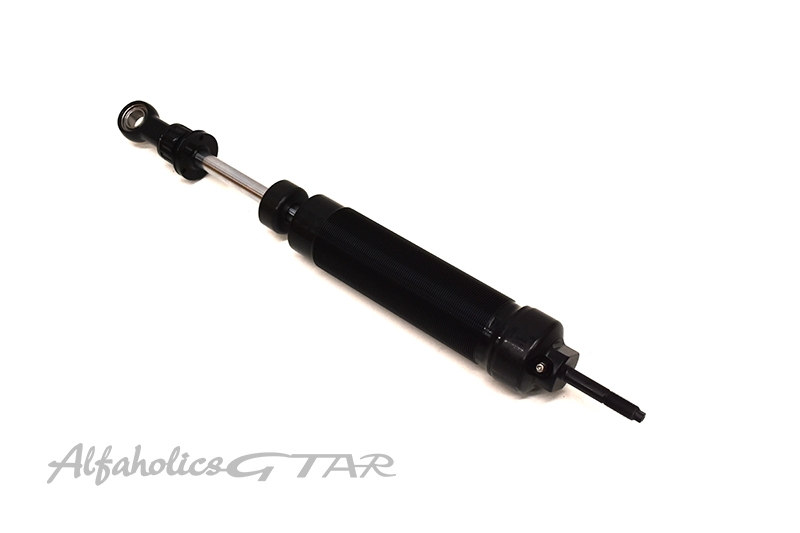 Exclusively manufactured for Alfaholics by a leading UK race damper specialist. These dampers have been in development for many months; firstly with rigorous bench dyno testing to set the valving range and bump and rebound characteristics. Followed by thorough fast road testing and culminating in a 3 day test at the Nurburgring Nordschleife. The Nordschleife has become The development ground for all the major car manufacturers. With its array of both slow & fast bends, varying gradient, surfaces and camber changes spread over a 13 mile lap, it really is the ultimate testing ground. Our extensive experience at the Ring with 105 Series Alfas would make this the ultimate development programme for our dampers. Bilstein dampers are OK up to a point for track day and mild race use, but we have found them to have fundamentally flawed characteristics. This means that body control & direction change is compromised on circuit, whilst road ride quality is also not optimal. The damper valving data we have acquired over the last 5 years whilst running our Alfaholics 2.0 Sprint GT racer on F1 spec dampers across a range of historic, semi-slick and full slick tyres, from street to F1 circuits, has been collated and applied to these new Alfaholics dampers. This means that whatever the application of your car, be it track day, historic race, or modern tyre racing, these Alfaholics adjustable dampers can be adjusted to the perfect setting for your application. They feature specially machined fittings, enabling standard fitment for both the front and the rear of the car, with the added benefit of the front using a spherical bearing for its lower mount giving extra accuracy and durability. The rear has been designed to allow the spring to be damper mounted with threaded platforms to enable accurate corner-weighing for race cars. Alternatively the original chassis spring seating can be used if coil over is not permitted in your race series. The adjuster knob is a CNC machined billet aluminium item with positive ‘clicks’ offering excellent ease and accuracy of adjustment. We have designed these adjusters to be mounted at the base of the dampers, as top mounted adjusters are extremely difficult to reach on these cars. Testing at the Nurburgring proved that the new dampers radically improve turn in and composure during fast direction changes. The car remained far more settled over kerbs providing greater confidence on the limit and therefore higher cornering speeds. A wet and very greasy morning session showed that being able to soften the rear dampers below Bilstein settings, vastly improved turn in and mid corner speed and made the car far easier to drive on the limit. Speeds that previously with Bilsteins would have led to an accident were shrugged off corner after corner with ease! The other key objective we were looking to achieve was an improved ride quality on the road, with the dampers set in the softer positions. This was tested and adjusted during the 1000 mile round trip to the Ring. The results were fantastic, on their softest setting the ride quality was remarkable, nearly comparable to our fabled fast Road Kit, even with mild race springs! In their stiffest positions they give a range of settings perfect for slick shod race cars with adjustment allowing for a differing stiff spring rates, circuit types and driver preferences. As the shocks are adjusted softer they give adjustment to suit settings for semi slicks, lightweight GTA race settings, historic tyres settings, wet weather settings down to the softest settings which provide beautifully compliant ride for track day cars on the road. These Alfaholics shock absorbers represent the ultimate damper solution for all track day, rally or full race 105s! Priced per shock, springs sold separately.