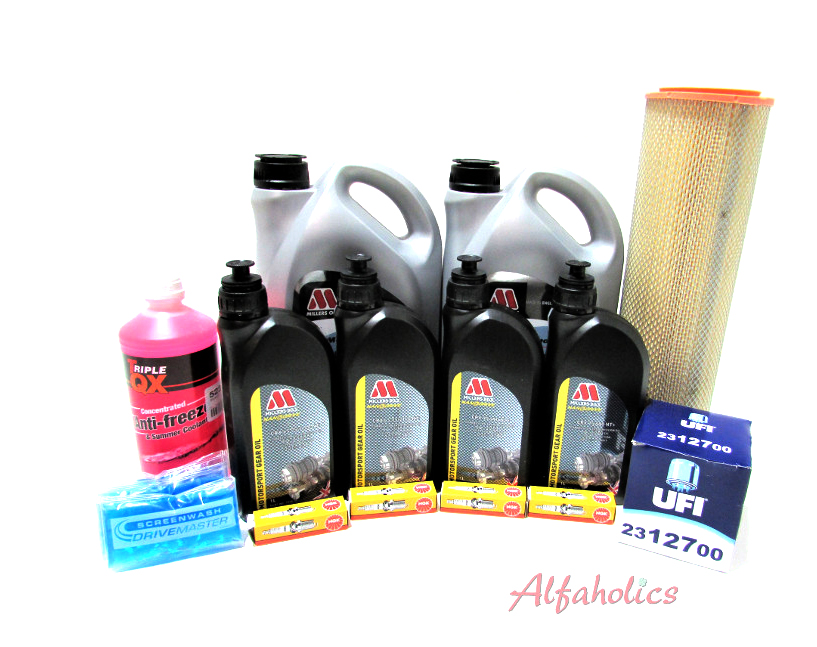 At Alfaholics, we have used Millers oils exclusively for the past 10 years in all our road, track day and race cars.

We have been impressed with all the oils in protecting engine, gearbox and rear axle components, even under the most strenuous applications. 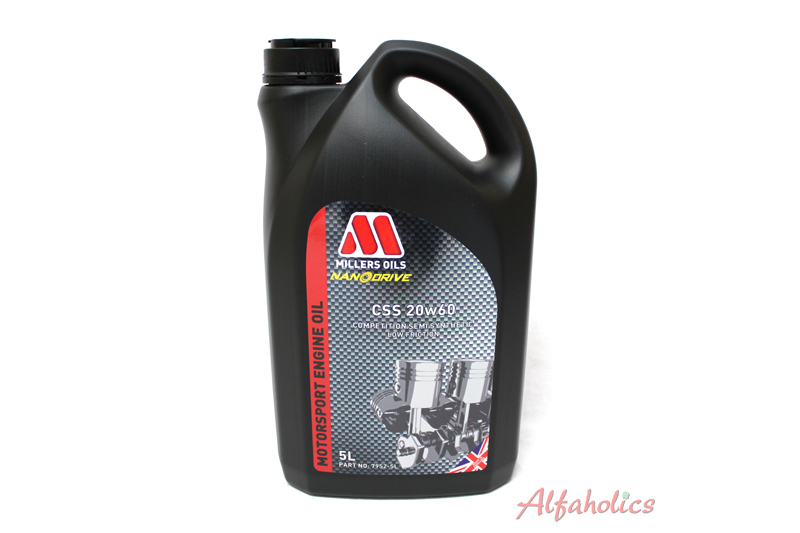 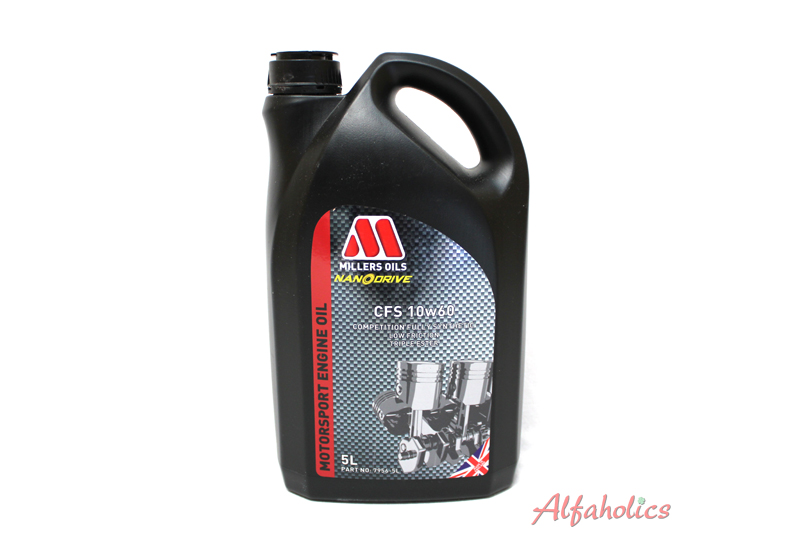 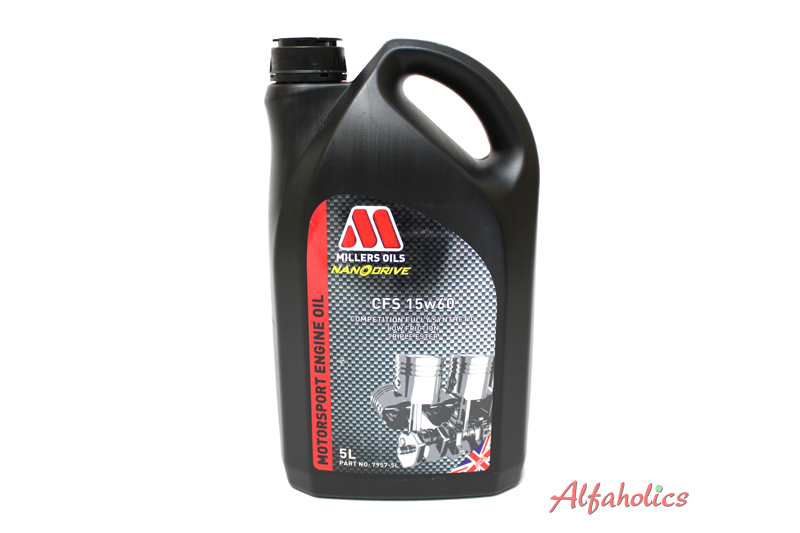 For race use in high power engines running at high temperatures and long distance events. 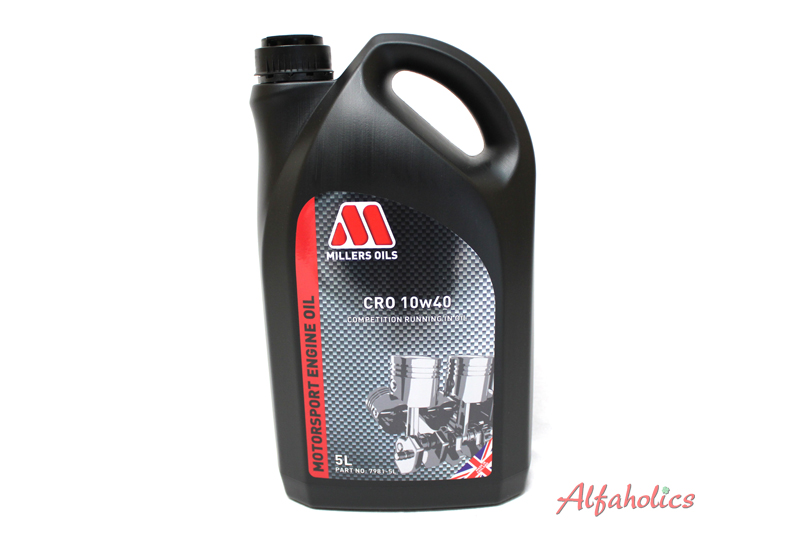 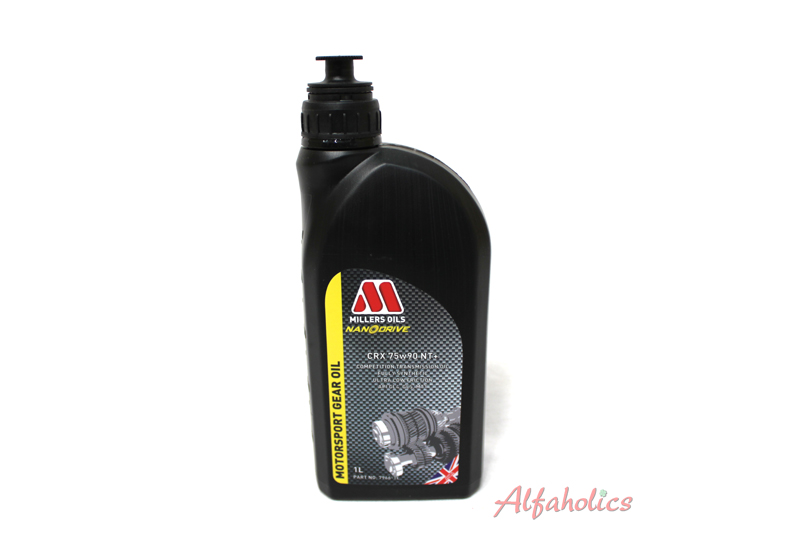 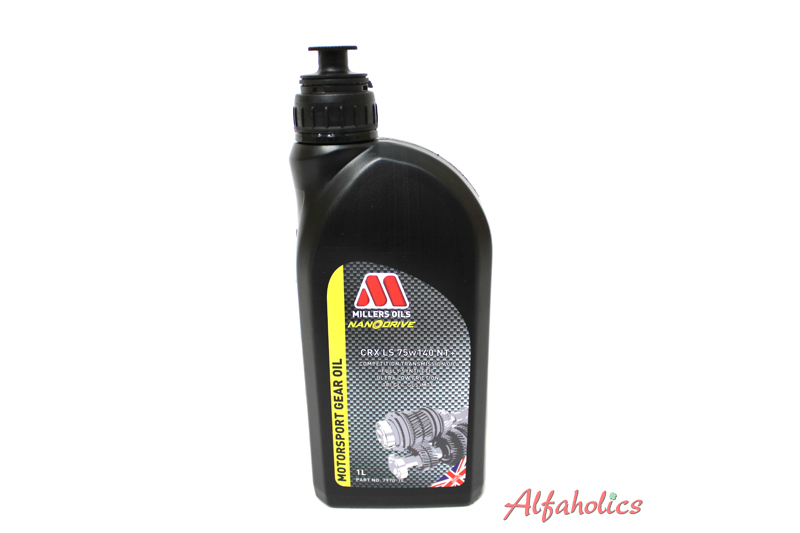 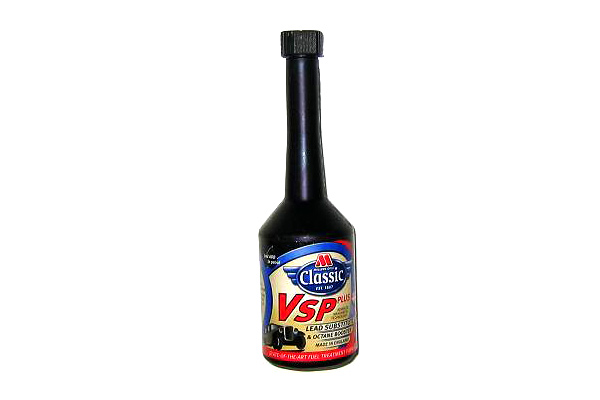 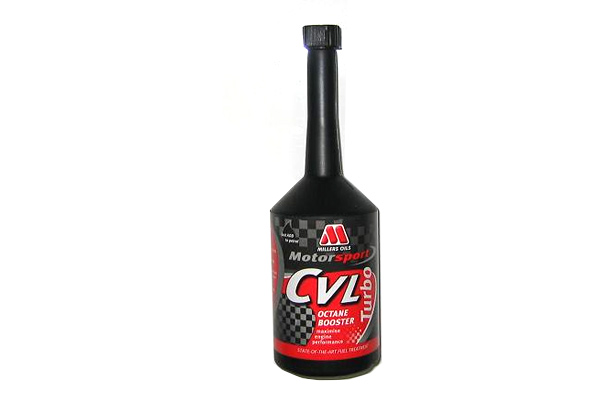 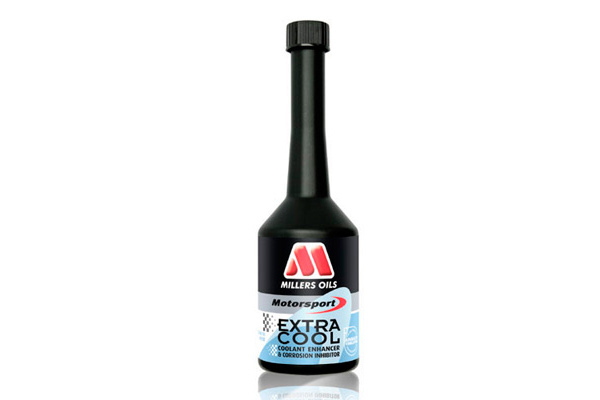 Improves laminar flow to reduce coolant temperature by up to 15 degree celsius. 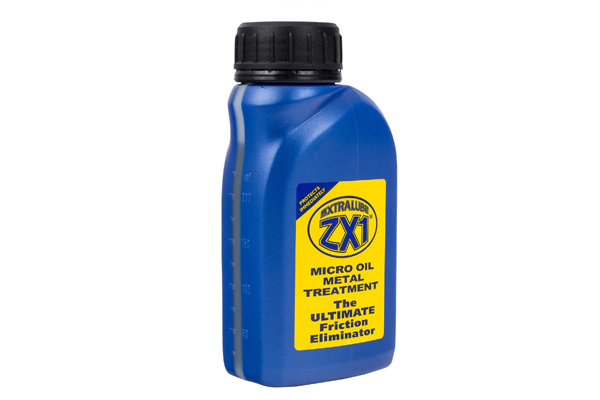 Superb treatment to add to a fresh oil change, thermally bonds to metal surfaces, virtually eliminating friction. Does not containt particals such as PTFE, therefore does not compramise tolerances or clog filters/oilways. As used in all Alfaholics performance engines. 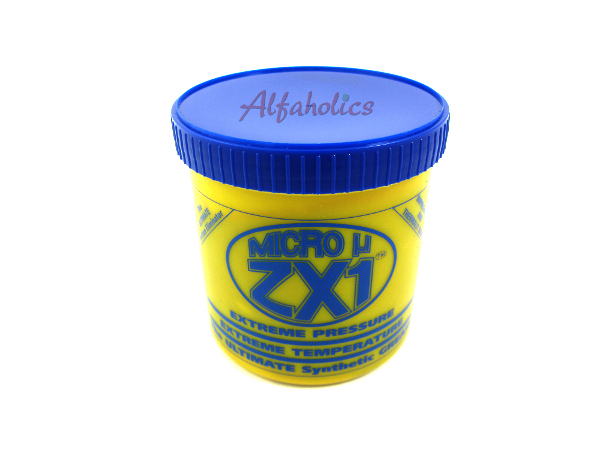 Lithium based and reinforced with ZX1 micro oil metal treatment which thermally bonds to metal surfaces virtually eliminating all friction. 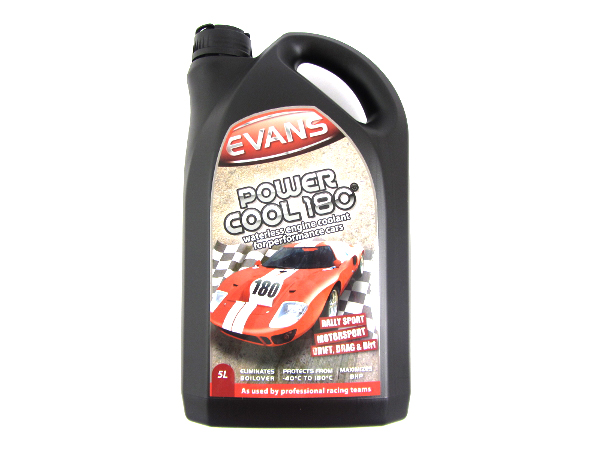 A specially formulated waterless coolant with a boiling point of 180 degrees C!  Designed for aluminium engines, this is perfect for use in all Alfa Romeo Nord and Twin Spark engines.  We have been running Evans Power Cool 180 in our own cars for some time and it has performed superbly.  It is even possible to remove the radiator cap at operating temperature and there is no pressurisation!

The very high boiling point not only means that the engine will never boil over, but it also promotes better thermal stability across the engine and cooling system.  One of the problems with traditional water based coolants is the localised boiling that can occur close to the combustion chamber – a particular issue on tuned engines.  The resulting steam cannot conduct the excess heat into the cooling system effectively and this leads to hotspots in the engine, increasing susceptibility to detonation.  None of this is apparent from the water temperature gauge of course, as the sender is positioned on the inlet manifold.  Evans Power Cool 180 eliminates these hotspots and therefore promotes better heat transfer into the cooling system where is can be dissipated by the radiator.Evans Power Cool 180 also has a number of other benefits:

Water based coolants all generate a certain level of pressurisation in the cooling system which must be maintained by a pressure cap in order to prevent boiling.  Evans Power Cool 180 generates minimal pressure, thereby relieving strain on the headgasket, radiator and all the hoses in the cooling system.

Liner pitting results from rapid formation and collapse of steam bubbles on the surface of the material which, over time, can result in severe erosion of the liner.  Since Evans Power Cool 180 does not form vapour bubbles, problems with liner pitting are eliminated.

As used in all Alfaholics built cars.  Very highly recommended! 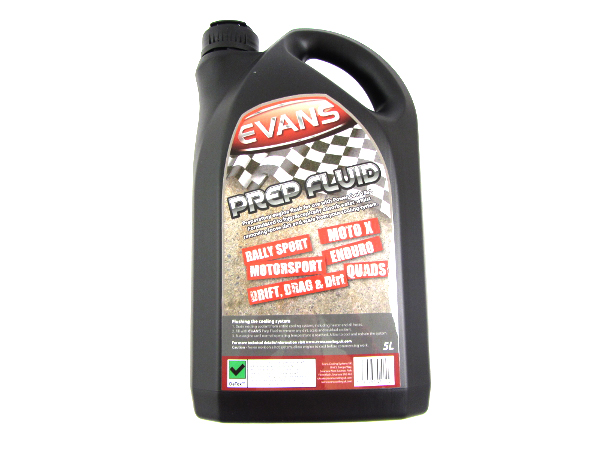 A preparatory cooling system flush which should be used prior to filling with Power Cool 180.  Evans Prep Fluid hygroscopically absorbs any residual water which remains in the cooling system after draining, while also removing any loose dirt and scale. 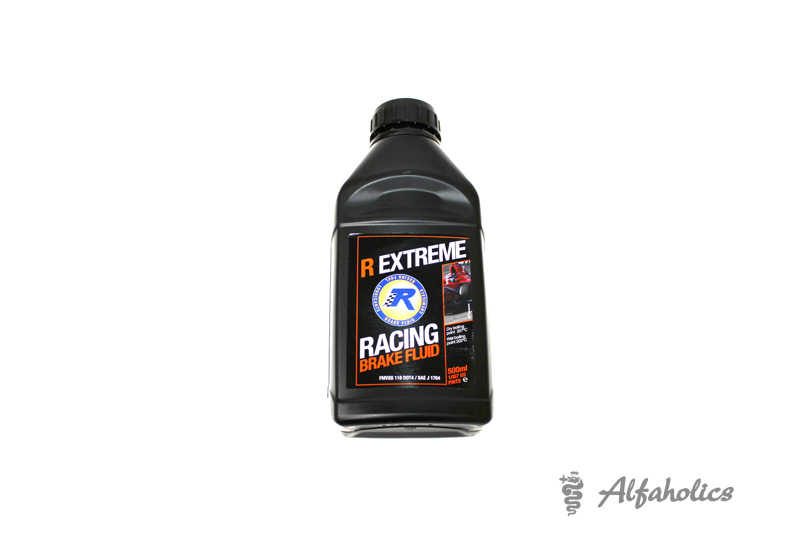 Competition grade brake fluid, carefully selected by us and proven in both our road and race car builds. Highly recommended for use with all of our brake upgrade packages.

As well as being proven by us, R Extreme is used and tusted by teams racing in British GT, GP2, Mini Challenge and Historic F1. 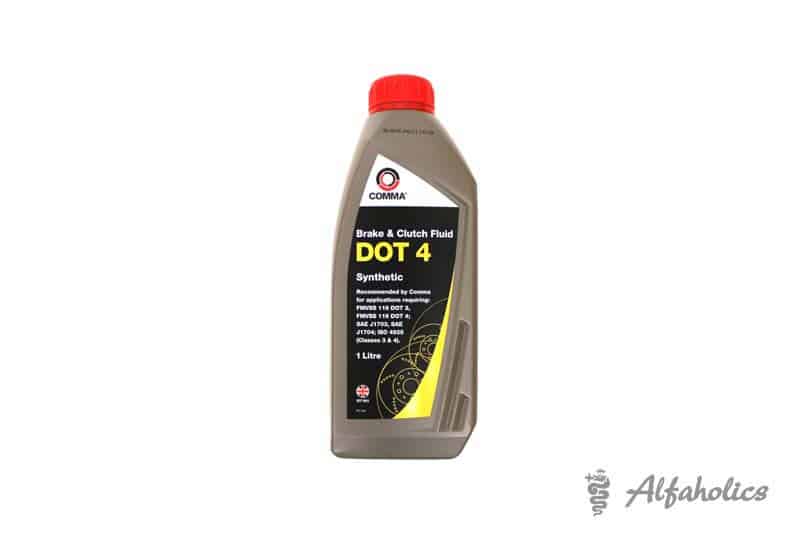 Note, for all the performance brake we use R-Extreme brake fluid which can be found in the related products section. 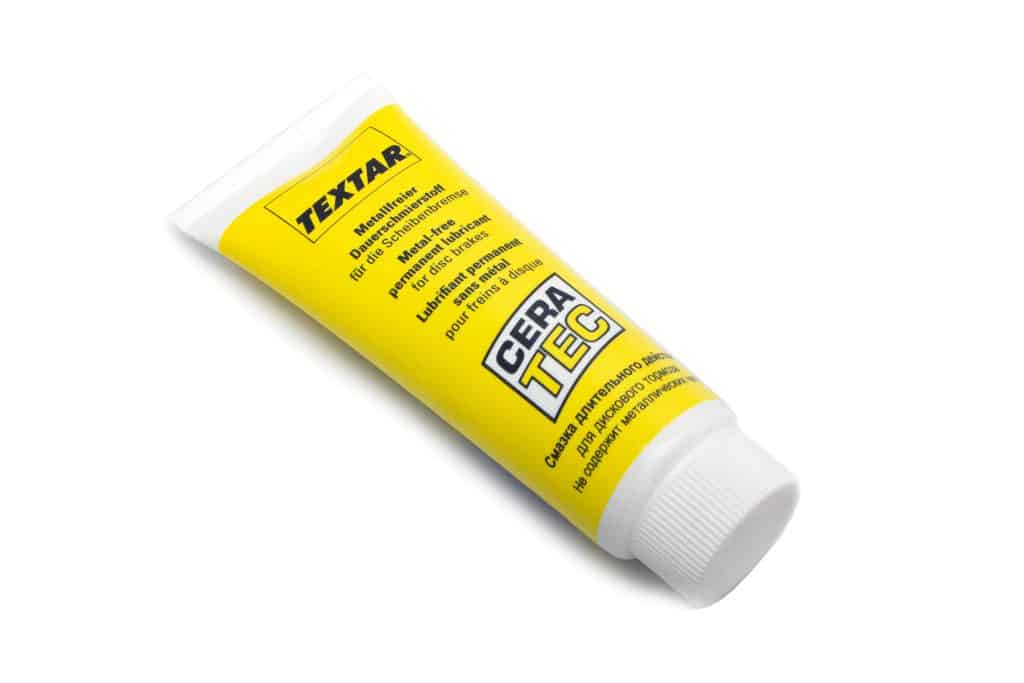 Cera Tec reduces vibration & brake squeals. This in turn benefits the engine, which is under less load. This can result in a lower susceptibility to repair and longer service life.