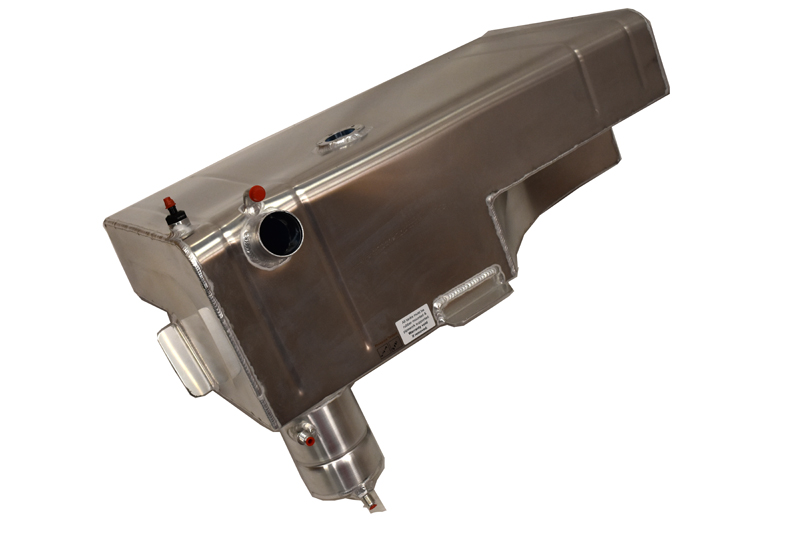 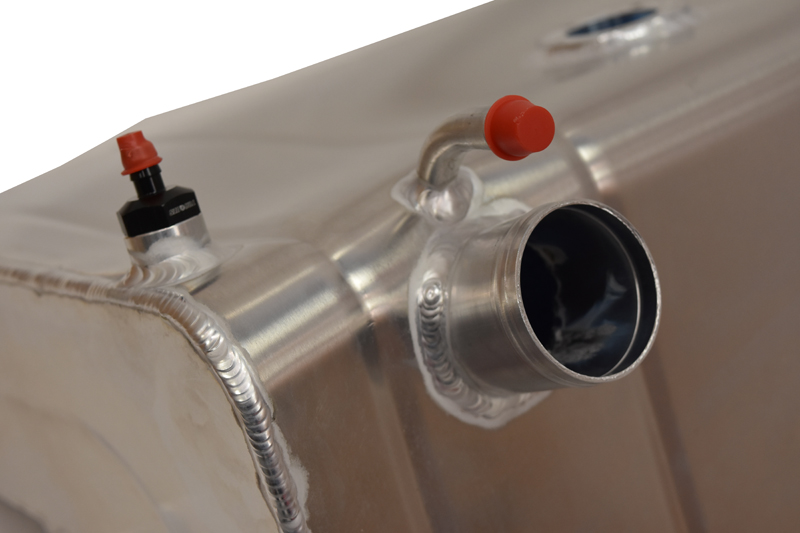 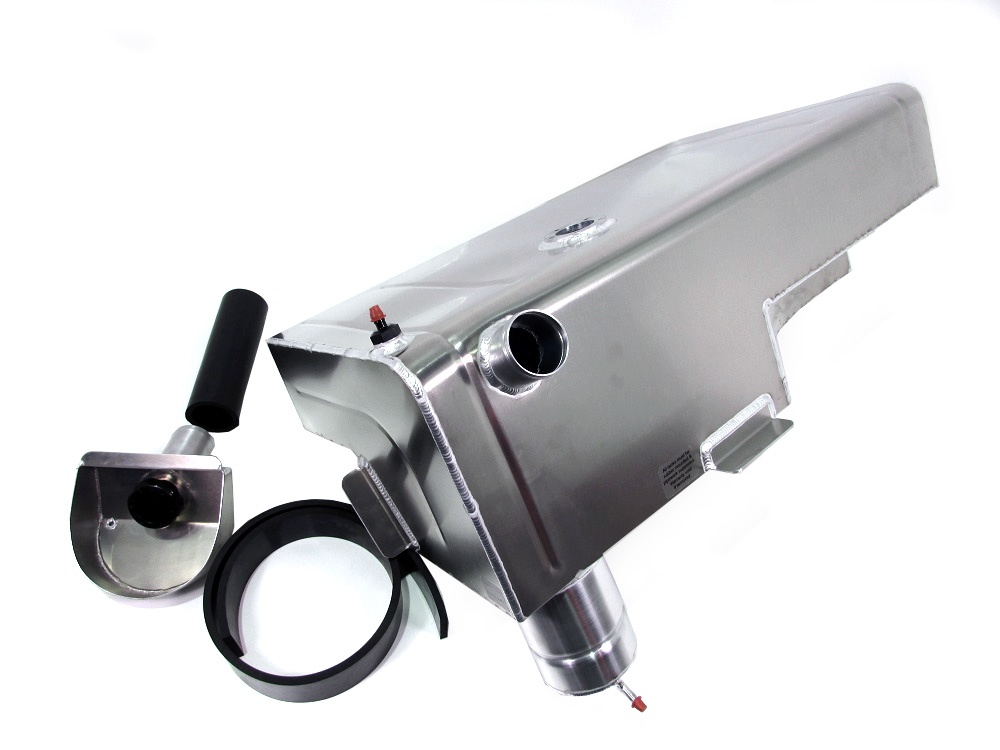 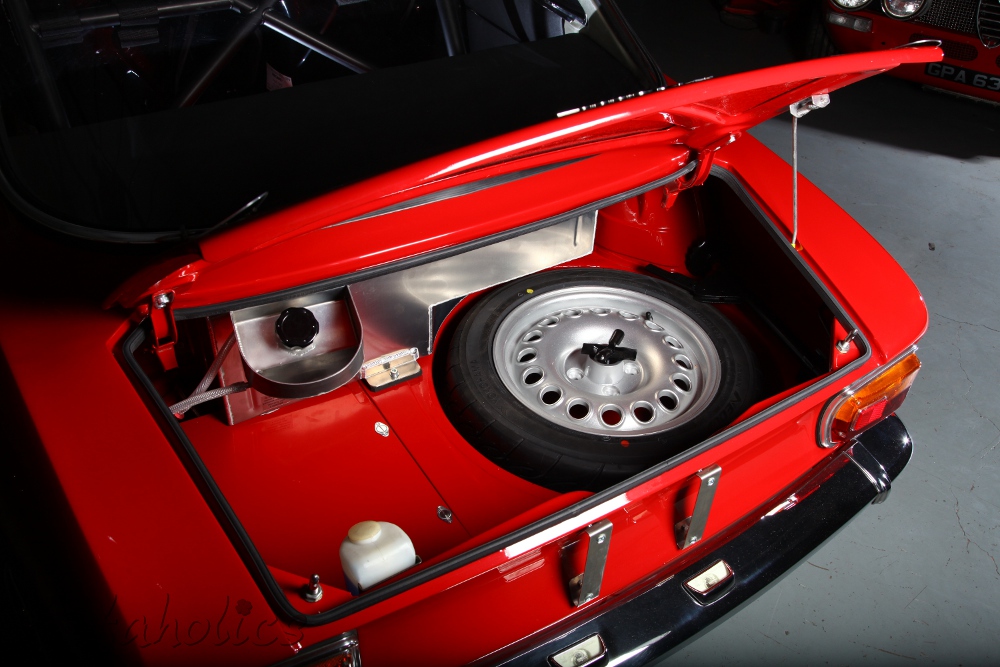 We have now updated our design so that the tank has a -6 JIC fuel outlet and a -6 JIC swirled fuel return (with a blanking cap included) so that you have the ability to use this tank in both a carburettored and fuel injected application and indeed the ability to change from one to the other in the future should you wish to change how you have plumbed your car. We have also added an additional air breather pipe in the neck area to allow faster fuel filling.

The original and best foam filled aluminium tank for 105 Series Alfa Romeo – not to be confused with inferior copies! Made exclusively for Alfaholics to the highest standard of design and manufacture and filled with race grade baffling foam. Fits centrally between shock absorber mounts for optimum weight distribution and safety.

By designing the fuel tank with the collector pot on the left, it allows the spare wheel well to be used, making it perfect for rally and trackday cars. This has the added advantage of allowing you to use the bottom half of an original fuel tank to mount your fuel pump and battery, if boot mounted. This mean all exposed parts can be separated away from tools, bags, helmets and other items you want to store in the boot. It also greatly improves the under floor air flow. We have noticed from our own race car that just blanking off the old fuel tank hole creates a trap for air passing under the car that not only slows the car but also deforms the shape of the back panel over time.

The manufacture of this fuel tank has been born from customer request, especially in trackday & rally markets, and also from problems we have encountered on Max’s GTA-R after 3 years of fast driving. The originally perfect boot floor had flexed so much from up to 50kg of fuel tank trying to lift up and down, that it ended up stress cracking the boot floor, requiring significant weld repair.

It is fitted with a VDO fitment ring allowing a VDO sender to be fitted.