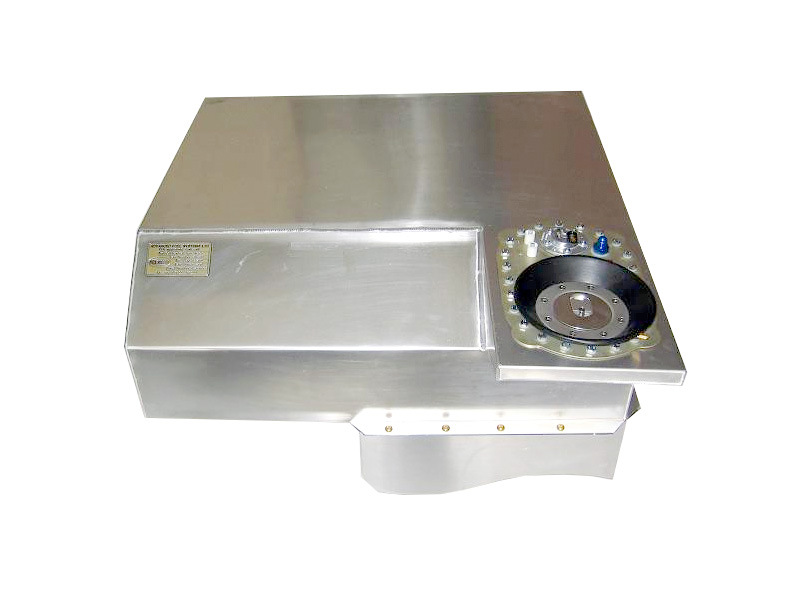 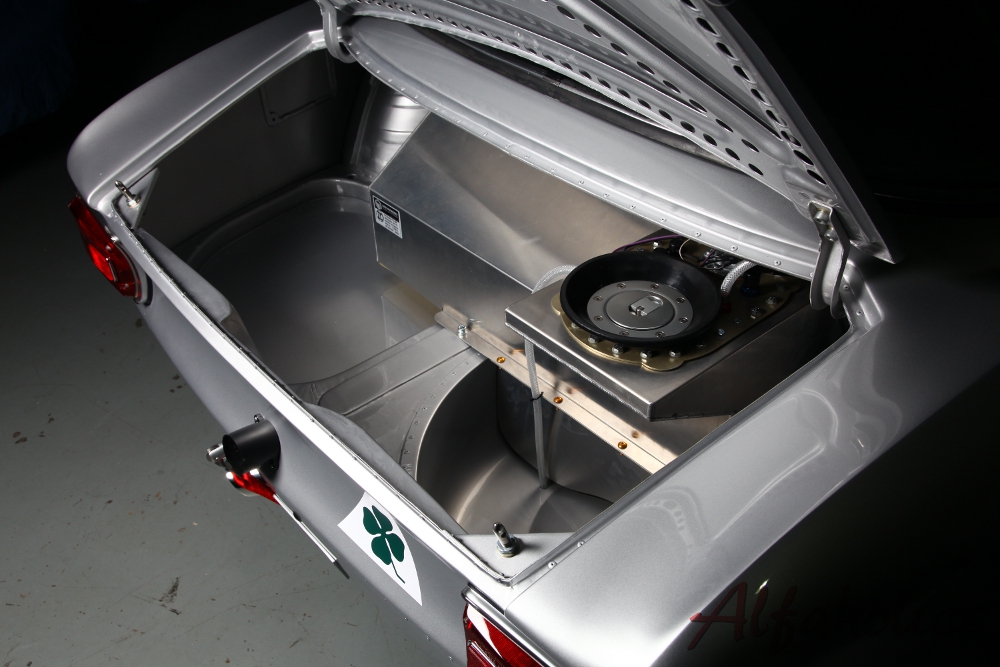 This cell was designed using 3D CAD software to completely map the inside boot area of a 105 series Alfa Romeo. From this CAD data we then designed the cell to sit in the boot floor, shelf and spare wheel area with the tightest fit. The layout and shape of the cell has been optimised for optimum weight distribution and practicality whilst remaining in the constraints of the volume of the cell and the shape of the boot area.

The tank sits centrally between the shock absorber turrets, keeping the weight central and as far forward as possible, whilst bringing the tank back onto the boot floor and down into 1/4 of the spare wheel well, helped to keep the weight as low as possible too. It is supplied with a separate laser cut aluminium cover for safety, extra location and to comply with race regulations.

This cell is extremely lightweight so if you compete in shorter distance races as well as endurance races you are not carrying excess weight. We was first used this cell in the 6 Hours of Spa where we won the Eau Rouge Trophy at first attempt; the cars handling was as crisp with 100 litres of fuel as it was with 15 litres at the end of each session. The careful thought that went into the positioning of the tank was crucial in helping us win as it allowed us to push so hard right from the start of each session with over 85kgs of fuel in the boot.