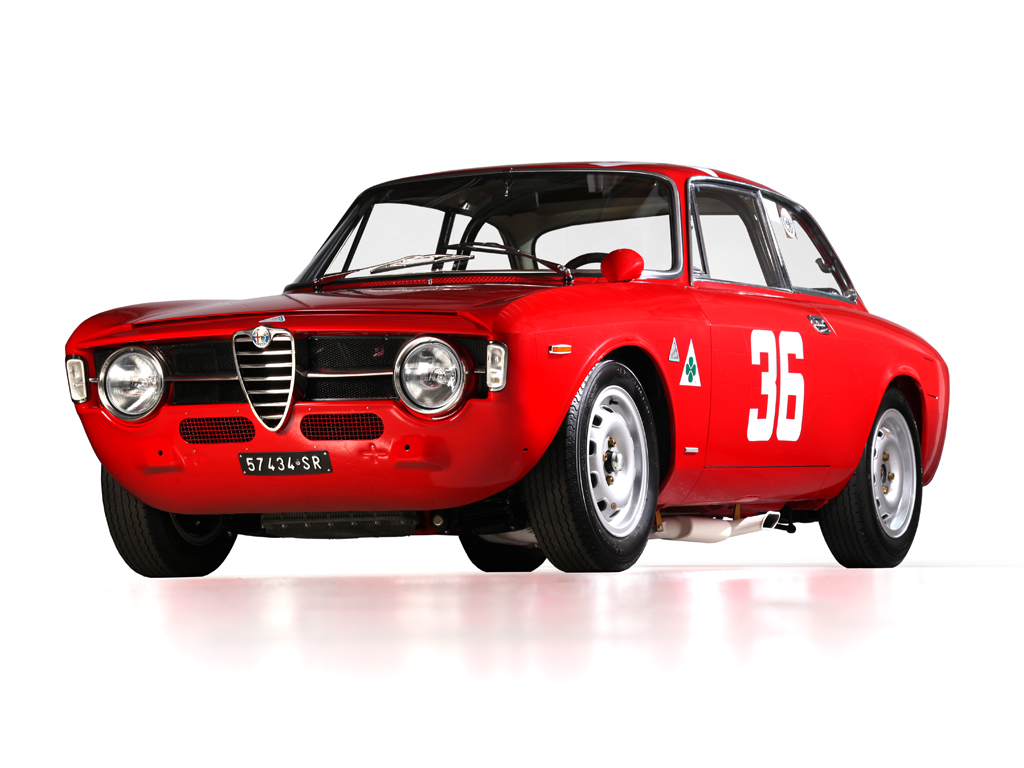 We have completed the restoration back to the cars exact period specification as built by Autodelta in 1967 with great care and attention paid to retaining as much originality as possible. Road testing is completed and the car ready to ship. 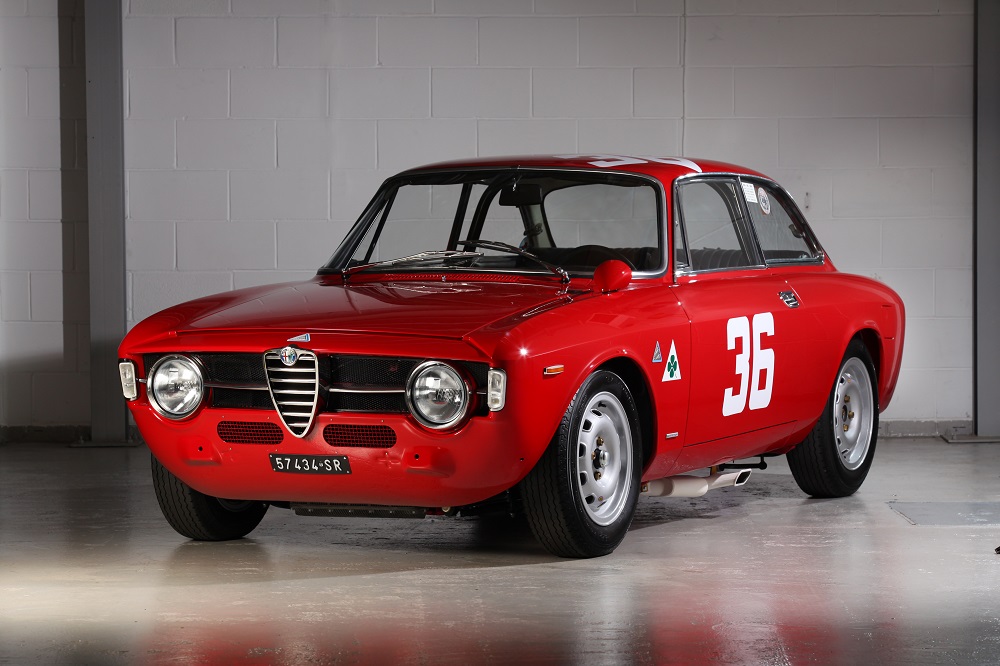 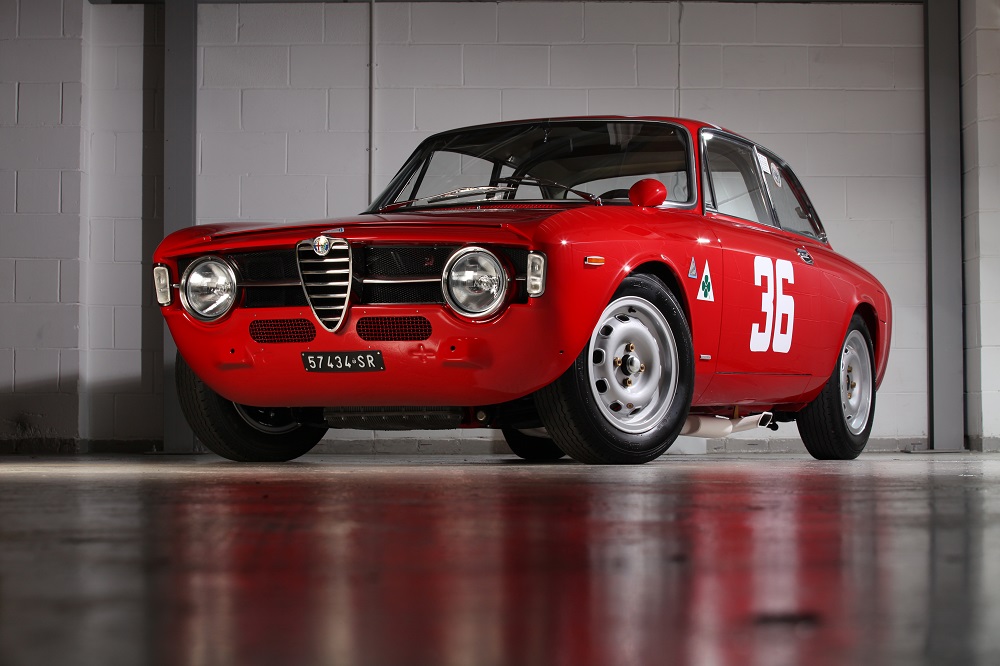 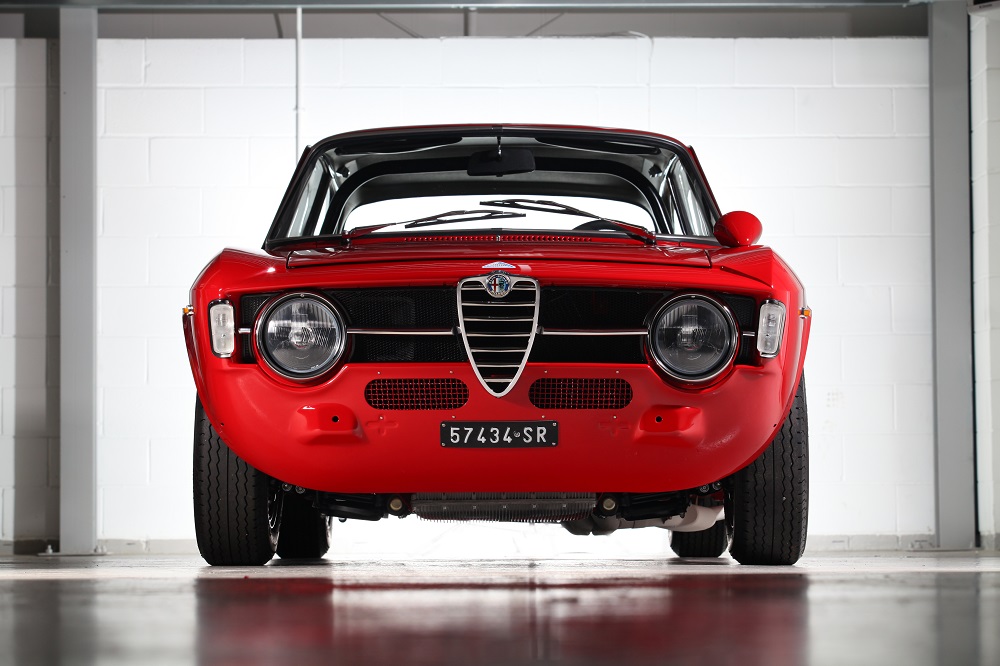 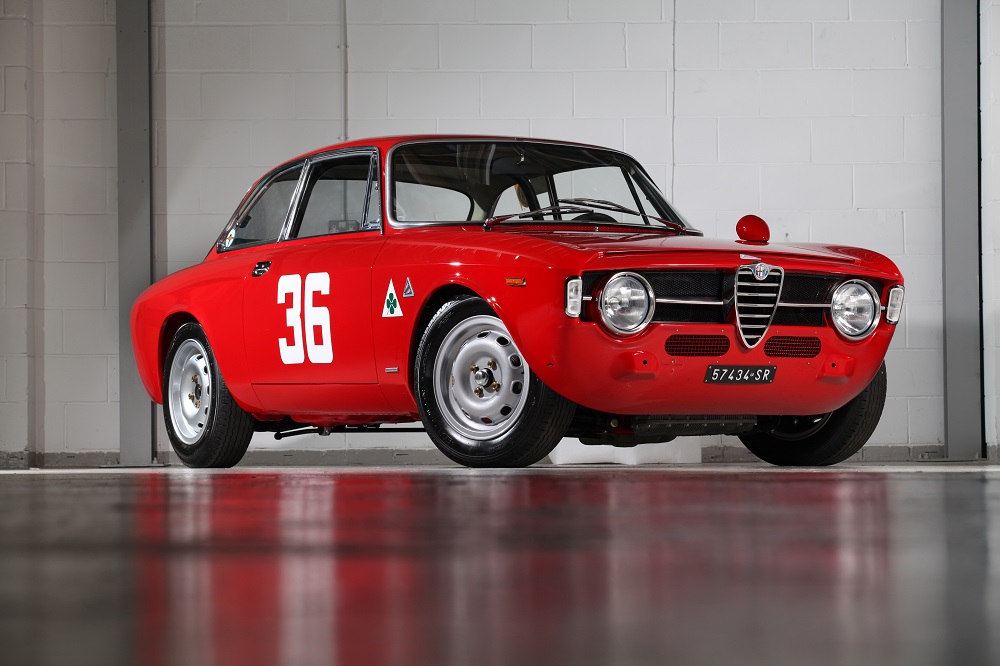 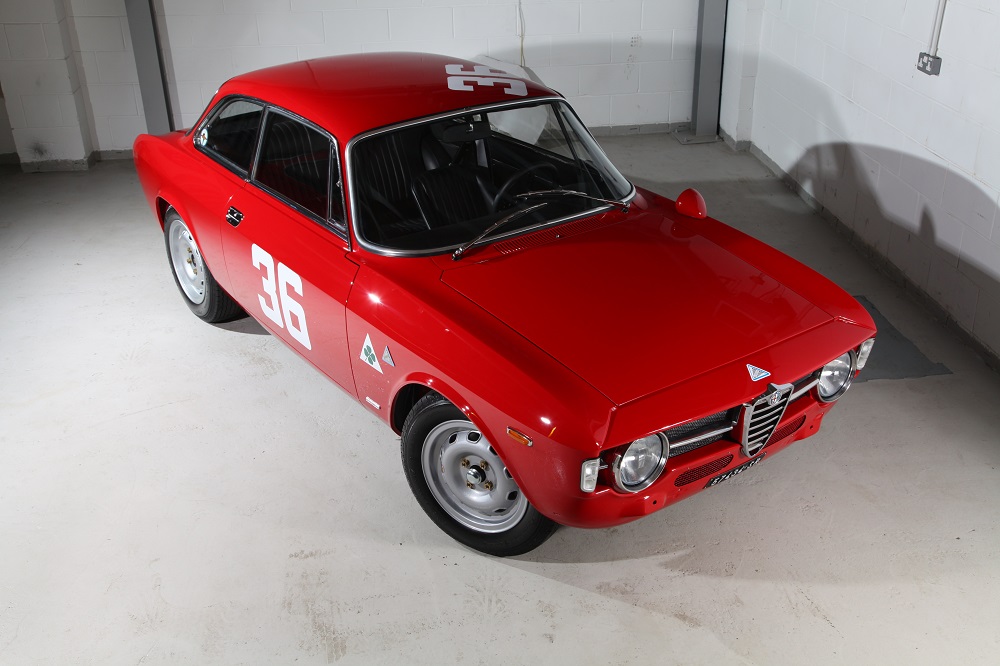 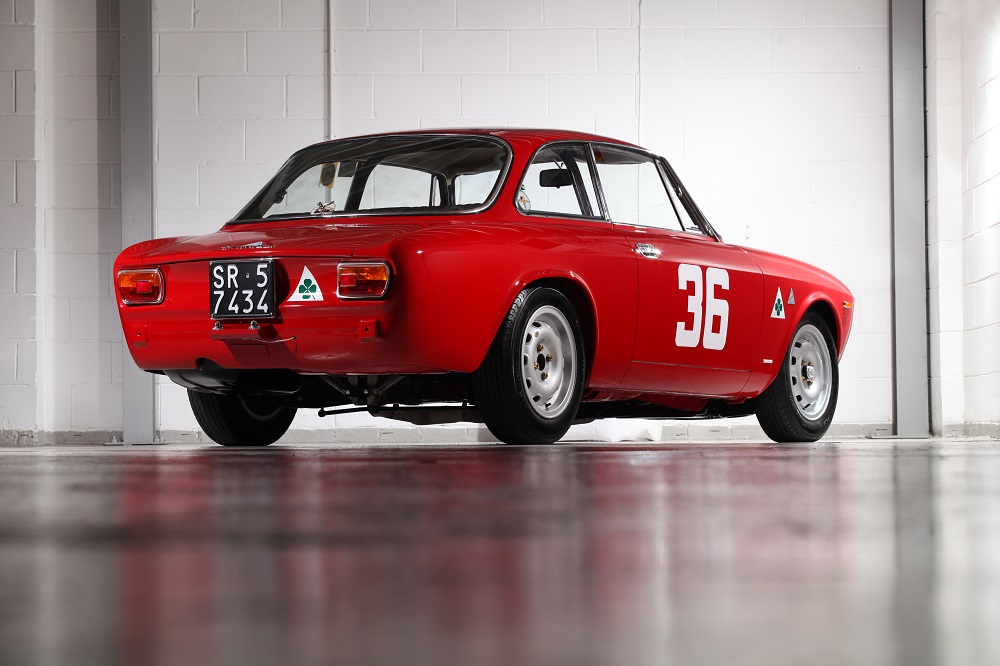 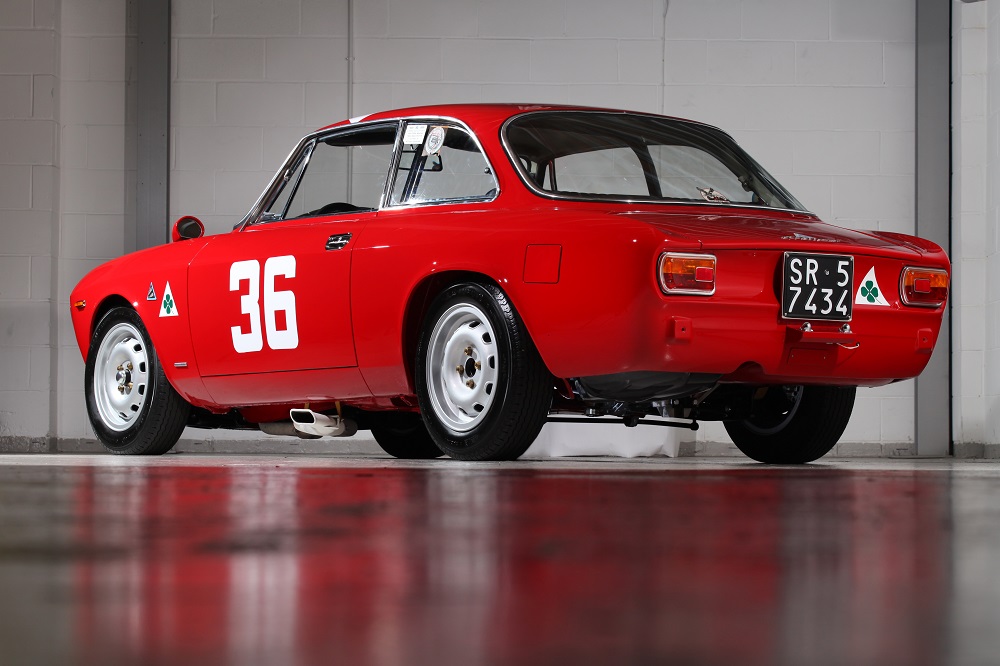 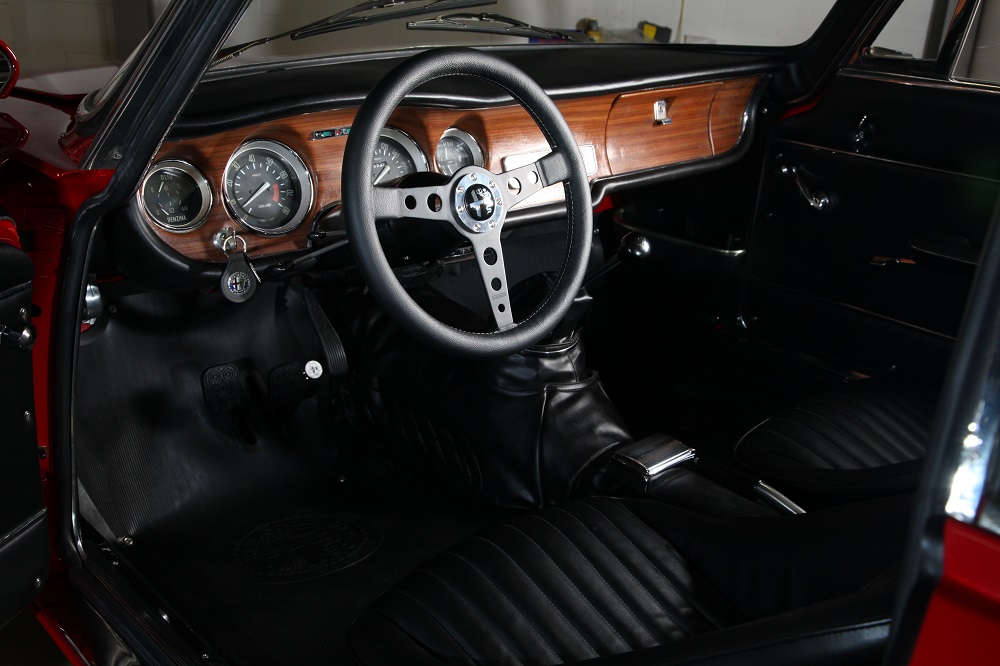 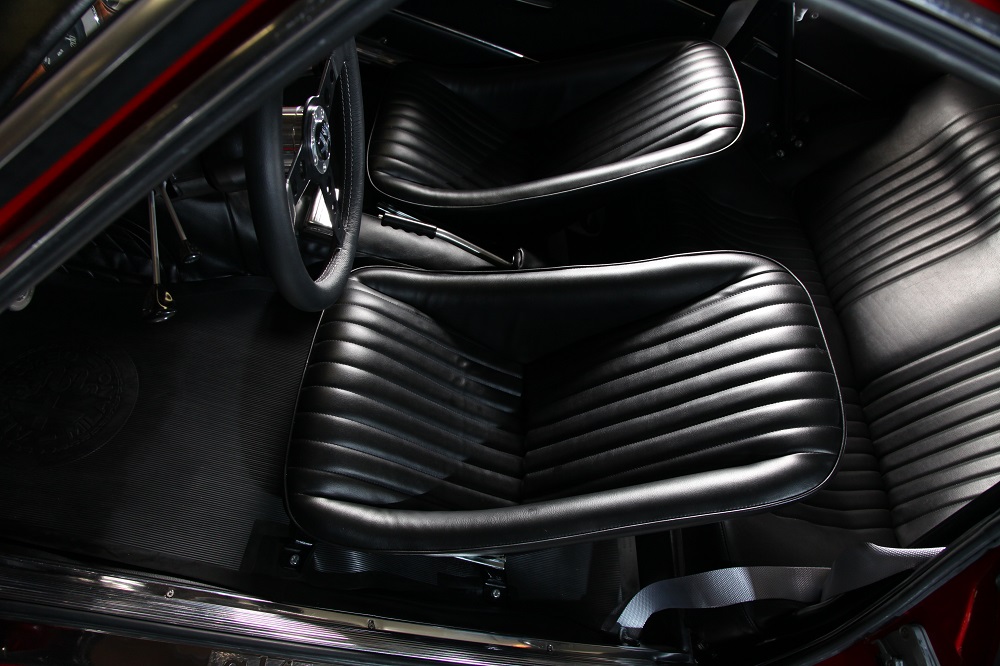 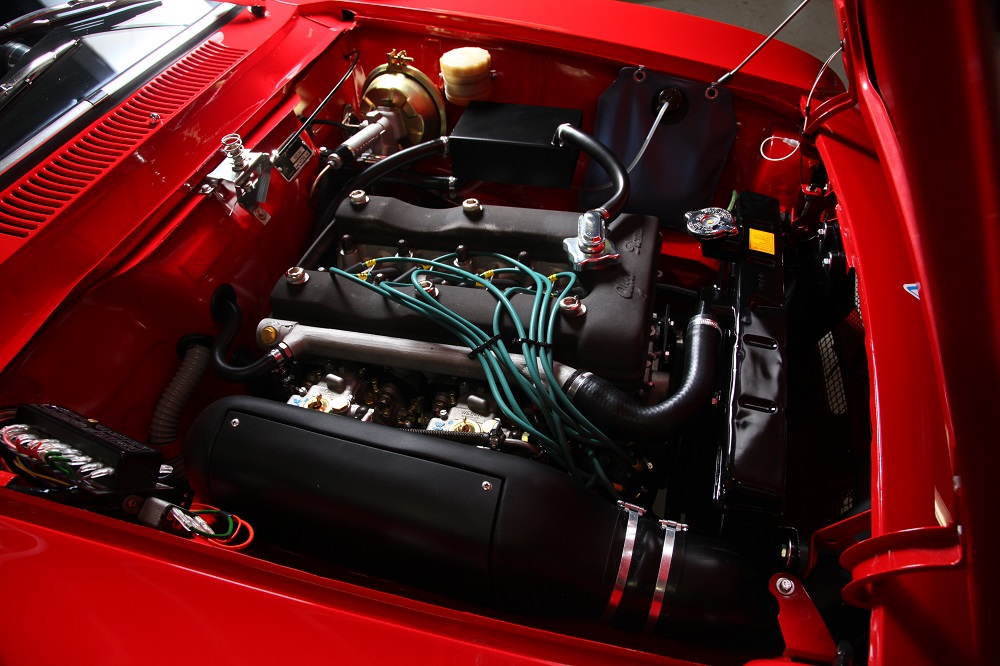 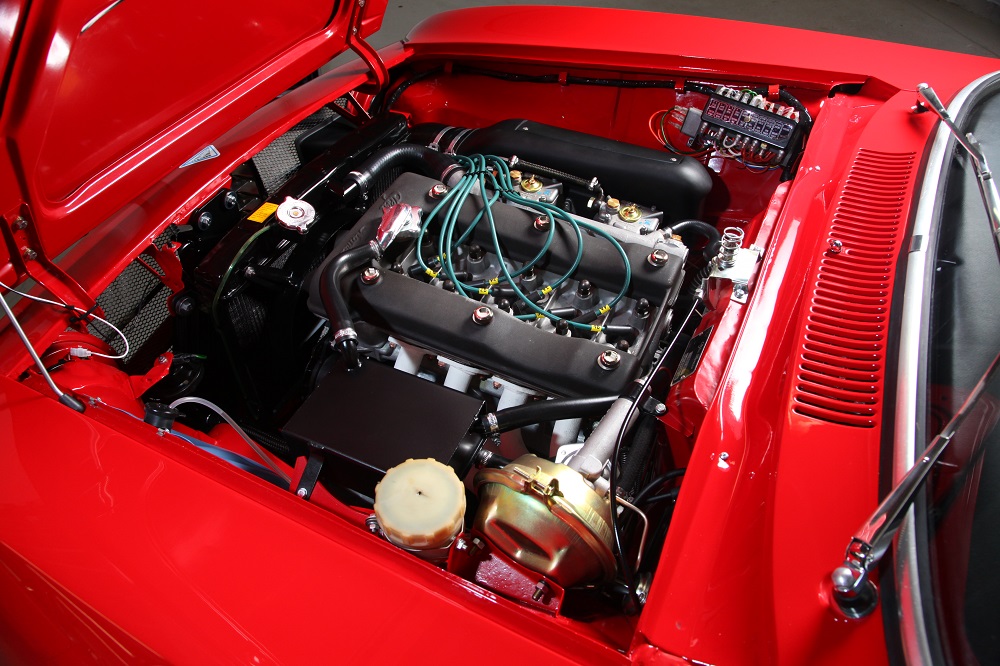 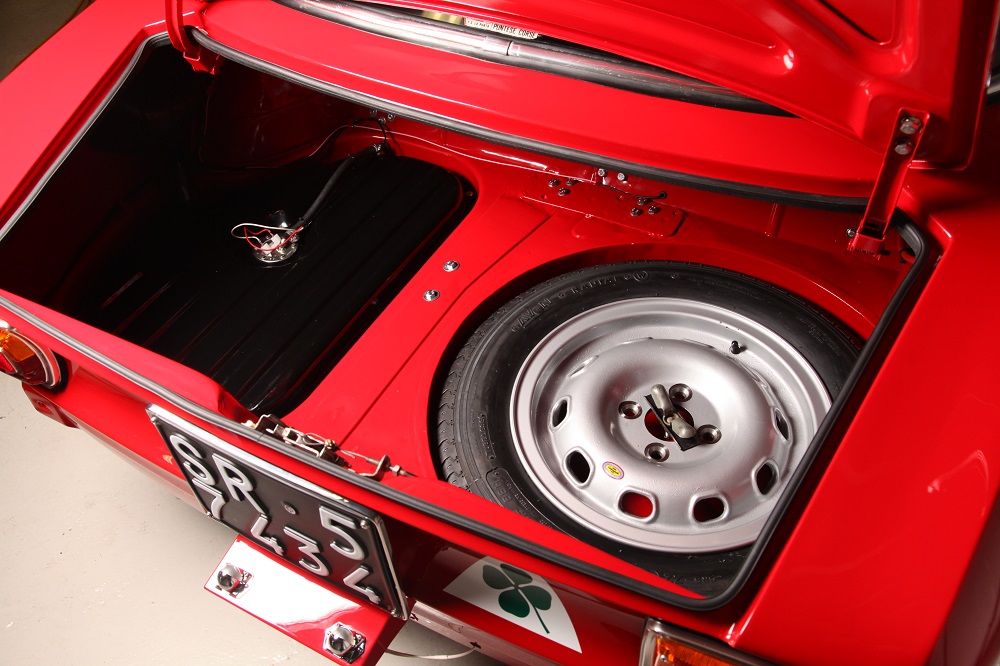 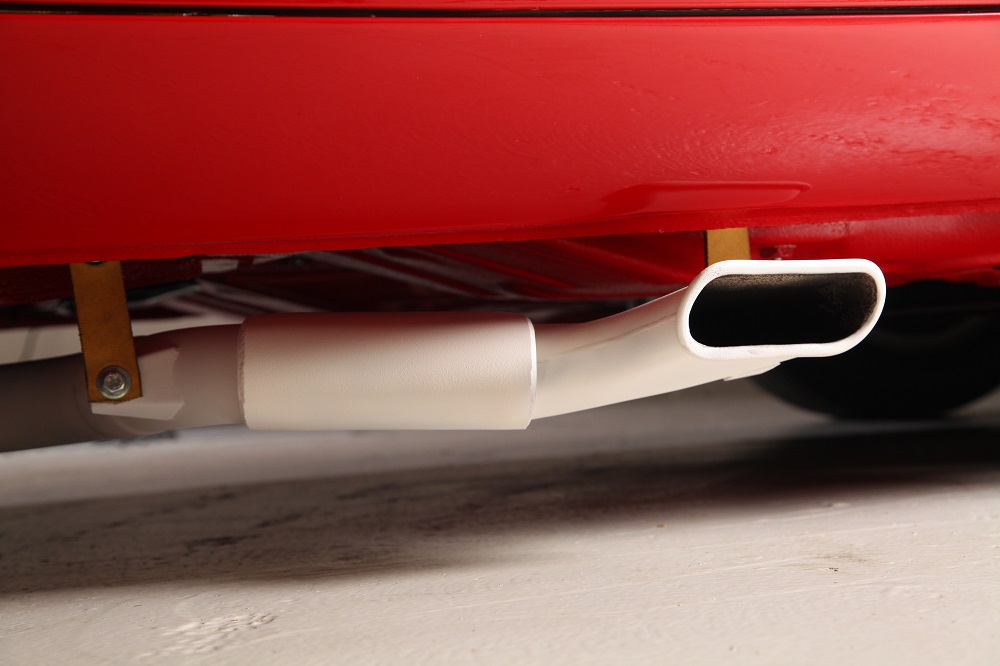 Shell Painted and Ready for Assembly

The shell has been painted its factory AR501 colour with our special Autodelta style dull paint finish for the negative spaces.

Being a genuine Autodelta car, retaining as much original metalwork as possible is important for this restoration. We are repairing as much original metalwork as possible and only letting in new metal where absolutely necessary. We are also taking the opportunity to remove any later additions and modifications to return the shell back to exactly how it would have been in 1967 with Autodelta.

After being stripped down, we first fitted the shell on our Celette jig to ensure the chassis is straight. After that, we carefully media blasted the entire shell on our rotisserie and then etch primed the shell to seal the steel from the elements during fabrication.

Dug out of dry storage in Sicily by Alfaholics in remarkably original condition, this car is one of only four official Autodelta assembled GT 1300 Juniors, making it the rarest of any Autodelta produced competition car! This particular car is featured in the latest edition of the renowned Alleggerita book on the GTA. These Juniors were an evolution of the 1600 GTA Corsa and enabled Autodelta to experience the 1300cc race class before the 1300 GTA was ready for 1968.

On close inspection, it is wonderful to appreciate all the Autodelta tricks and upgrades, many of which were carried across from the 1967 Autodelta 1600 GTA team cars, including the sliding block setup, knuckle risers, ‘front mount’ rear anti-roll bar and all the special chassis strengthening tweaks.  Being an evolution of the GTA, Autodelta went to tremendous lengths to optimise the chassis for competition use and all this trick detailing is evident on this car. They even produced special flared the front wheel arches to GTA specification by making bespoke steel wings using their GTA wing press tools, the rear arches are flared in the same way that was later done in 1968 on their Autodelta 1300 GTA Corsas. The interior is painted satin black which is a feature of all Autodelta cars built from 1967 onwards and it even has the special ‘GTA only’ lightweight courtesy light units without grab handles. Under the bonnet, it has the original modified GTA Corsa oil cooler, mounted at an angle thus enabling the oil cooler pipe fittings to clear the wider GT Junior radiator.  It also has the twin plug cylinder head conversion that these GT Junior Corsas were upgraded to later in the 1967 season, along with its original Autodelta inlet system with Autodelta GTA rampipes and its original Autodelta exhaust manifold with the infamous side exit pipe.

This car will be restored and returned back to its former glory and exact 1967 specifications.