Following heavy overnight rain which made the track slippery for the first hour of the morning, Alfaholics was blessed with another wonderful dry day for their increasingly popular classic Alfa Romeo track day.

The event was fully pre-booked with all 48 cars arriving and sixty nine drivers signed in to enjoy almost unlimited track time. With 12 cars allowed out at any one time and sessions run in 15 minute slots, there was never more than a short wait to allow brakes to cool off and oil pressure to re-appear before returning to the track once more!

Clerk of the Course, Andrew Banks, began the day at 08.45 hours with a briefing in the Howard Strawford Centre, illustrating the key features of the circuit, explaining overtaking procedure and highlighting the need for safety at all times. 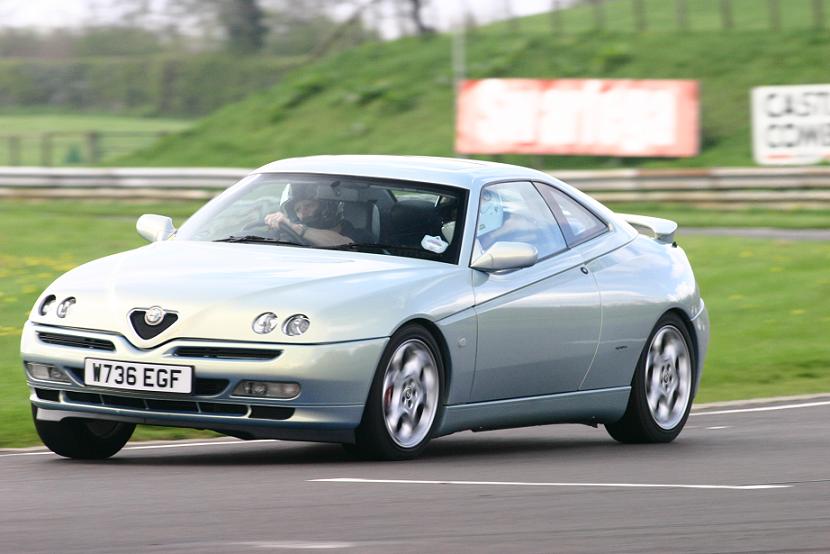 ANDREW BANKS IN HIS 3.0 GTV

The track then opened at 9 o\’clock, with Andrew and Maxim Banks taking all drivers on familiarisation laps in order to show braking, turn in and clipping point cones and demonstrate how the circuit should be driven ideally! They were then kept busy instructing in fifteen minute sessions throughout the day. 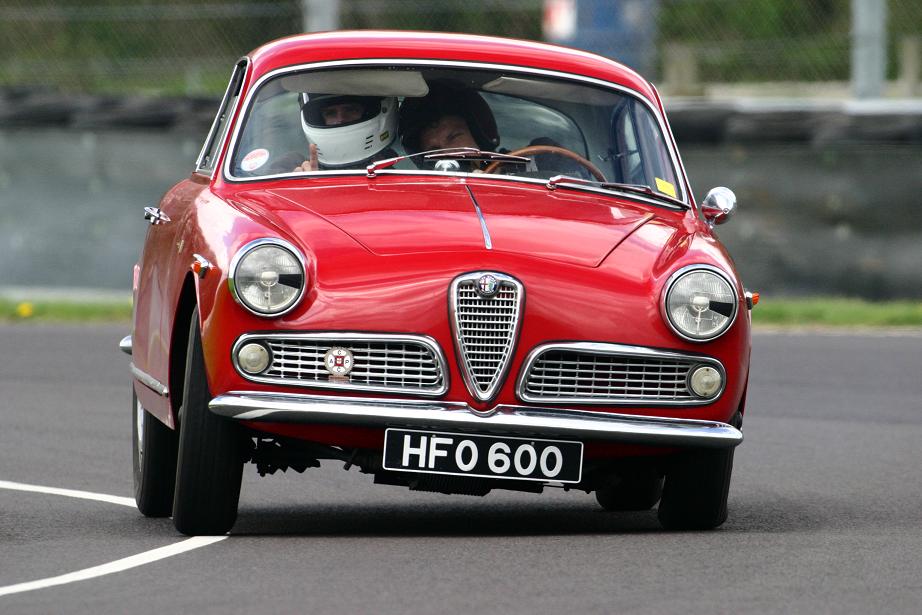 \”WHATS THAT YOU SAY?!?!\” – TIM BUTTKUS GETS UP CLOSE AND PERSONAL WITH HIS INSTRUCTOR MAXIM BANKS! 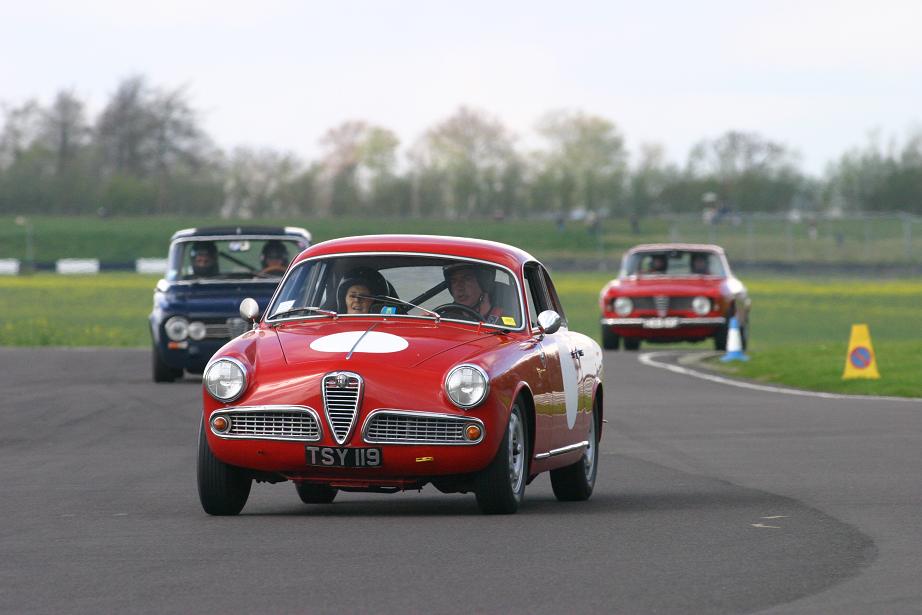 The 105 contingent of nearly 40 cars boasted just about every model, including 1300 and 1600 GTA, but with the obvious exception of a 1750/2000 Berlina. Is this now the rarest 105 model I wonder? My 1600 GTA Stradale was given a major work out by Andrew and Maxim, as well as by impressionist and satirist Rory Bremner, ex Lotus Sunbeam rally man and Evo Integrale track day fanatic Terry Johns, as well as Tim Farr, who was on track for the very first time since racing a Mini in the mid-sixties! 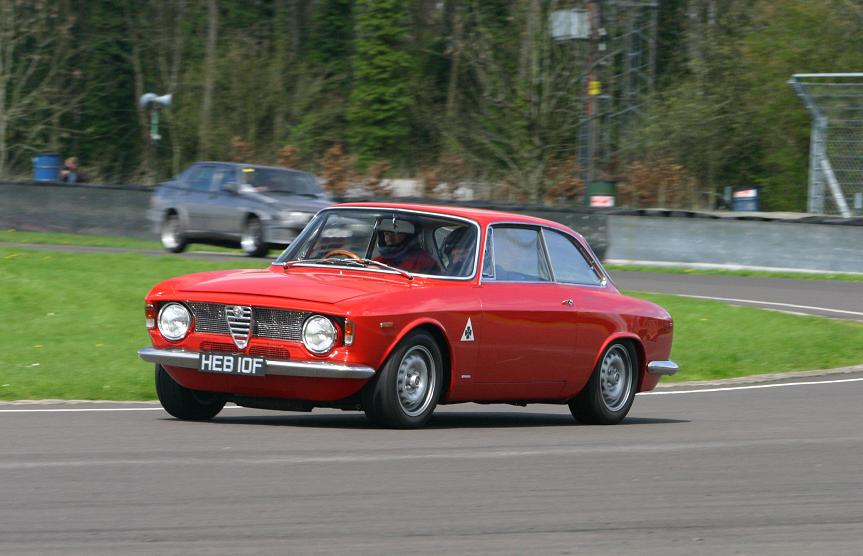 Steve Rogers brought his superb ex David Black 1300GTA Junior all the way from Yorkshire and which he shared with retired Alfa Romeo racer and engine guru Jim Evans.

Farthest distance travelled was undoubtedly Sebastian Bachem in his 2 litre GTJ all the way from Germany, whilst Claude Taffourneau in his 1600GTJ made the journey from Paris; all adding to the great occasion our track day has become.

During the lunch hour, all spectators with Alfa Romeos of any age were able to do 4 brisk laps of the circuit behind Andrew Banks\’ 3 litre GTV and it was nice to see Philip
Joice\’s red Alfa GTC, top down, (with Alfaholics GTA replica wheels and fast road suspension pack!) joining in the fun.
Bob Dove brought his family along for the day and spent much of it sorting out mechanical glitches and discussing things technical.

Book up early for April next year and be assured of a place. Date to be announced in due course.

Thank you to everyone who supported us.

Here are some new photos! 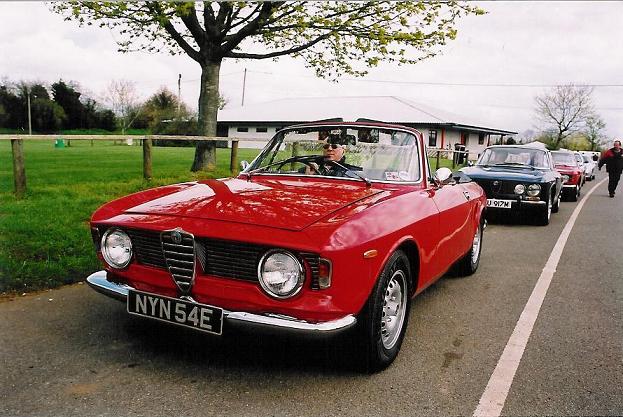 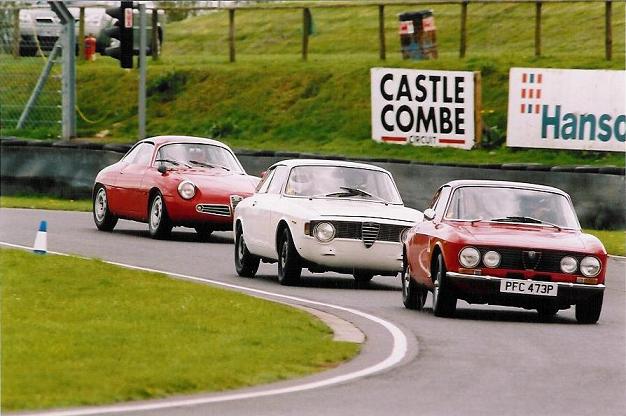 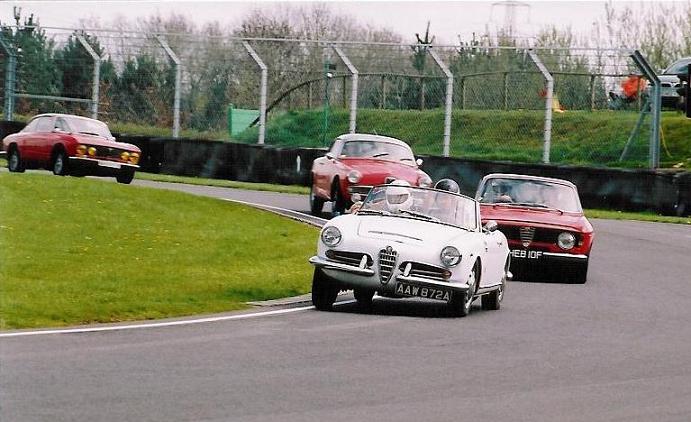 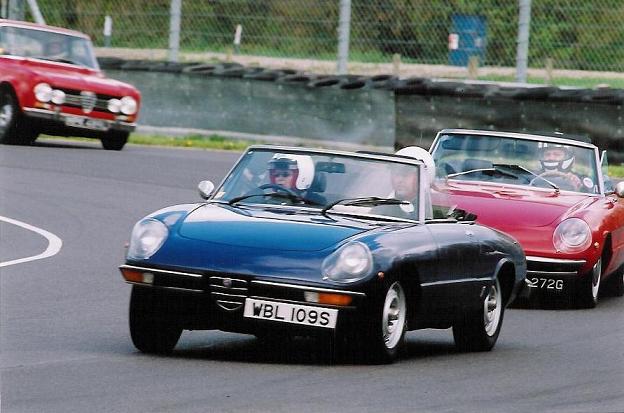 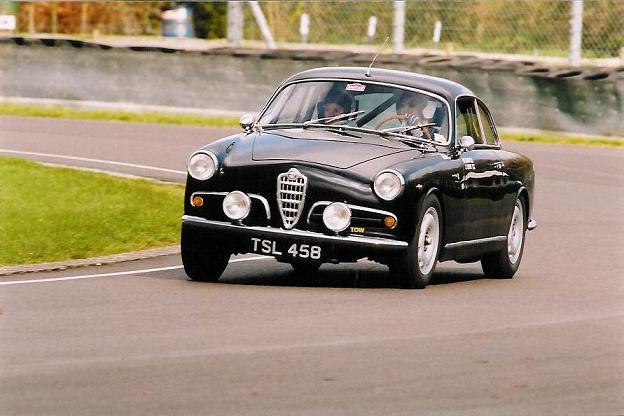