The 1750 chassis designed by the great engineer Vittorio Jano was the logical development of his very successful 6c 1500 types. 1750 production started in 1929 and continued until 1933 with a total production of around 2580 units, starting with the 3rd to the final 6th series. Engine options allowed for single cam, twin cam and twin cam with a supercharger.

The chassis of this car is a 3rd series 1750T numbered 0411875 with a single cam engine carrying the same number. It is the oldest known 1750 in existence being the 24th built.
During 1929 it was delivered to the coachworks of James Young in Bromley, who were established in 1863 making horse drawn carriages. Their first automobile body was made 1908 and they continued until 1967, during which time apart from Alfa, they produced bodywork for Rolls Royce, Bentley, Daimler, Talbot, Hispano Suiza, Isotta Fraschini and others.

James Young bodied in total 57 Alfa chassis with various types of coachwork, such as three position, two and four seat drop head coupes on the long and short chassis. A few made on the long chassis, of which this an example, had rear side windows and was known as a four light coupe. This configuration made is possible to produce a very elegant full four seat body. During restoration the production number 309 was found to be marked on various parts of the frame and panels, plus some of the exterior fittings.

The car presented here by Alfaholics is an immaculate matching numbers example, fresh from a 'no expense spared' total restoration. This car was first registered March 5th 1930 to a Mr. George Couper, an Inverness trawler owner, and according to his daughters was in the family ownership up until 1950 when it was given to a relation. Its whereabouts to March 1956 is unclear but may still have been in the family ownership. A continuation log book dated March 1956 records six owners up to 1968. The car was purchased by the current owner in 1984 from Dan Margulies and it is thought to have been off the road since the last book entry.

The speedometer reading of 59750 miles is most logically correct, as the car was laid up during the second world war and not accounted for from the last book entry to 1984, and not driven again until 2011, almost fifty years. The decision was made to carry out a full restoration to bring the car back to its former glory, and a detailed rebuild of the chassis and all the mechanical components was commenced in 1992.

A number of improvements were carried out during the work; the most significant being to the engine where the compression ratio was raised from 5.2 to 7.2-1, modern shell bearings fitted to the crankshaft and new con rods with a full flow filtered oil system. The result is that the car has better performance than the twin-cam variant of the pre-war 1750 engine. New lower vertical  and cross shaft gear sets were fitted. The camshaft was re-ground and installed with new line bored bearings  valves and caps. The water pump was overhauled and fitted with a stainless steel impeller. New gears were made for the oil pump. A new set of sliding gears and all new bearings and seals were fitted to the gearbox. The rear axle gear and pinion  was replaced with a new set raising the ratio from 10/55 to 12/49. This higher ratio has made the car more comfortable to drive and has improved the fuel consumption. All the components were dismantled for examination and restored as necessary, every bearing and seal was replaced. A new wiring harness was made, and  modifications to the side and rear lamps enabled flashing indicators to be incorporated. A discreet installation of an electronic ignition system has ensured the engine is performing at its best. The body timber frame, when the panels were removed was found to be beyond any sensible repair, so a new Ash frame was constructed and panelled in aluminium to the exact dimensions of the original with great attention to detail.

Only the very best materials were used throughout the rebuild which was completed in 2011, since which time the car has covered about 2000 miles. There is an extensive file of the bills and photographs of the work carried out, plus the genuine original handbook.

The interior is trimmed with the finest leather from the Bridge of Weir factory in Scotland. The wood trim veneer is North American black walnut, book matched on the instrument panel, door facings and rear side trims. The hood is finest quality Mohair and the head lining wool cloth. The colour is Midnight blue with a grey line on the exterior waist moulding to match the interior trim. The restoration work was carried out by the present owner, an automobile engineer of considerable skill; Rob Walker's no.1 mechanic, with over fifty years’ experience with Alfa 's who has owned many, including two Zagato variants.

This car, one of only a handful to survive must be the one of the very best examples of the iconic 1750 to be found anywhere, and presents an opportunity for the serious enthusiast or collector to acquire a rare and superbly restored 1750. 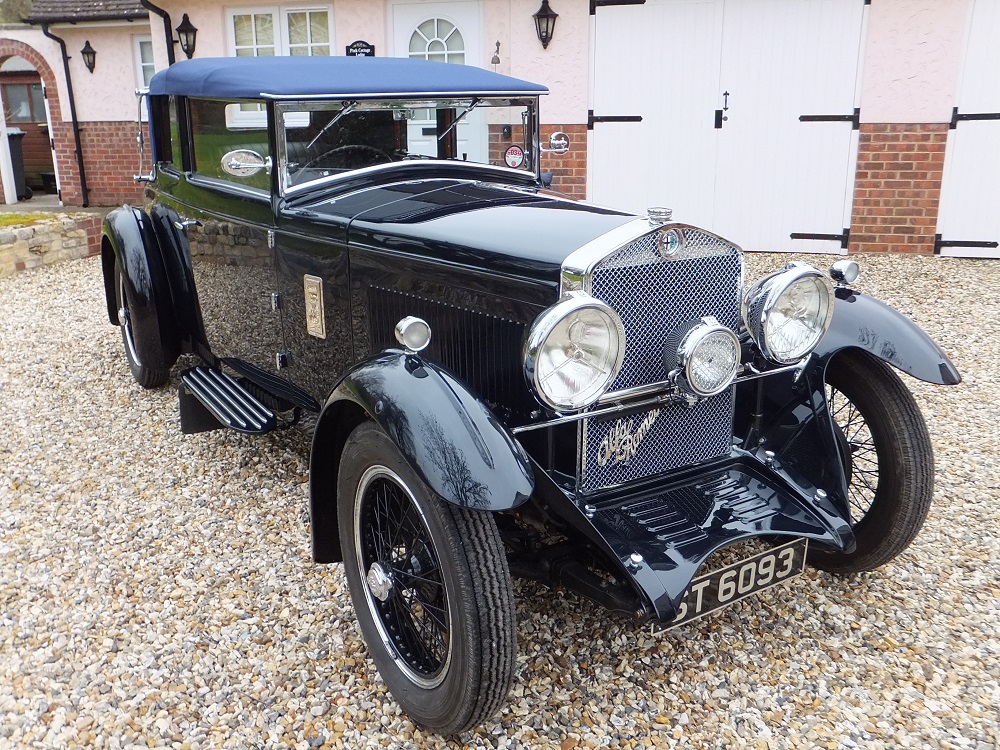 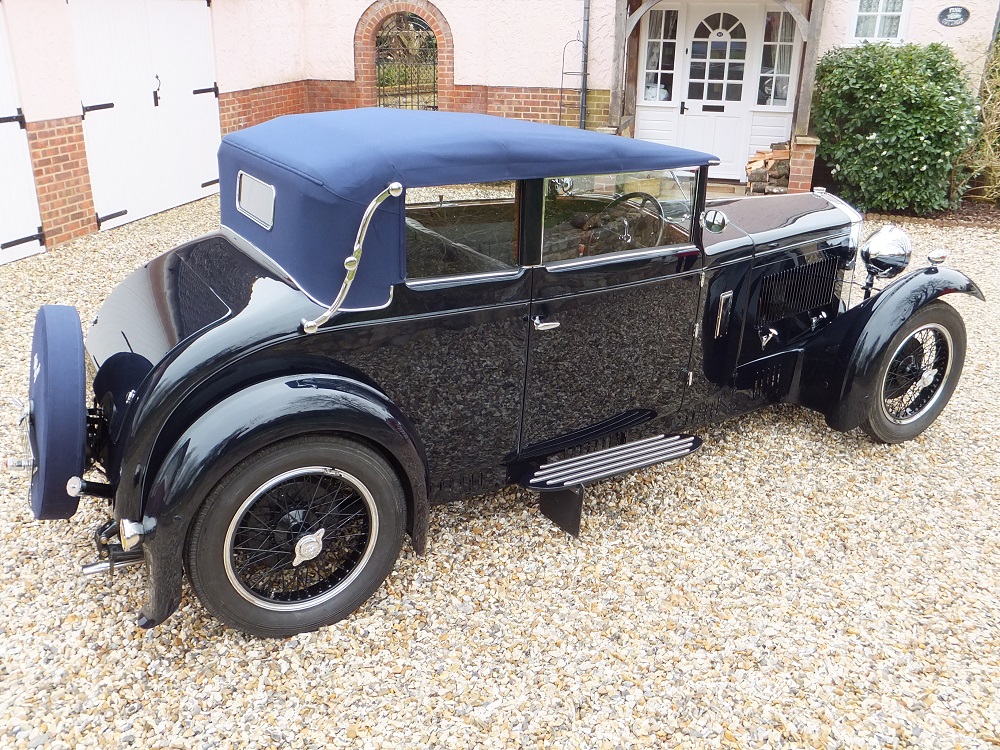 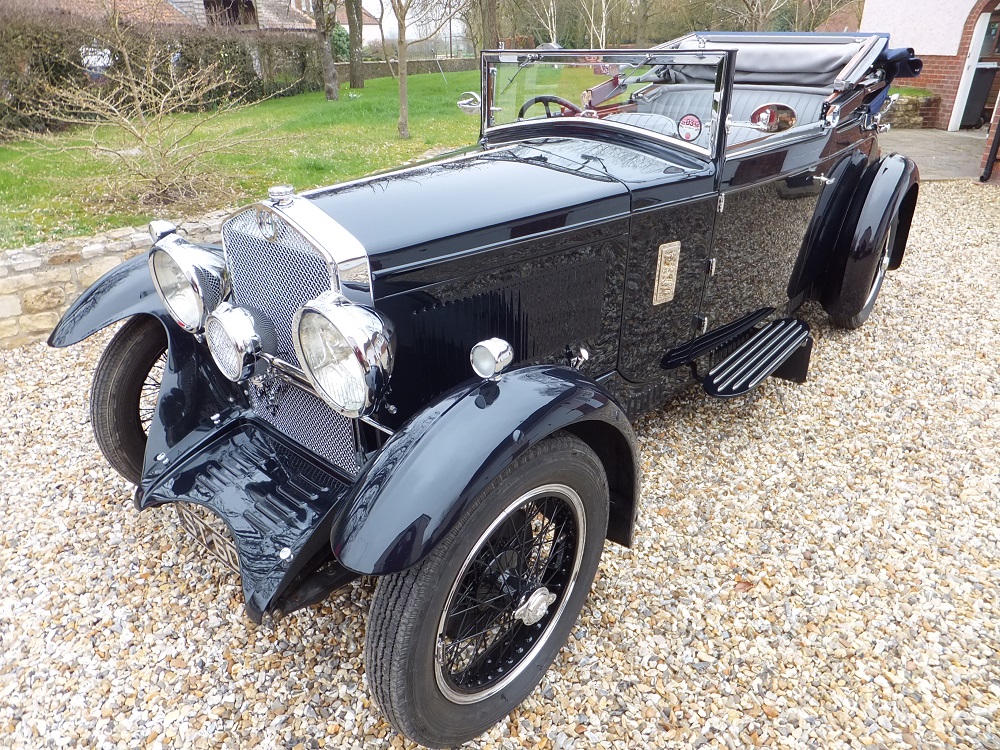 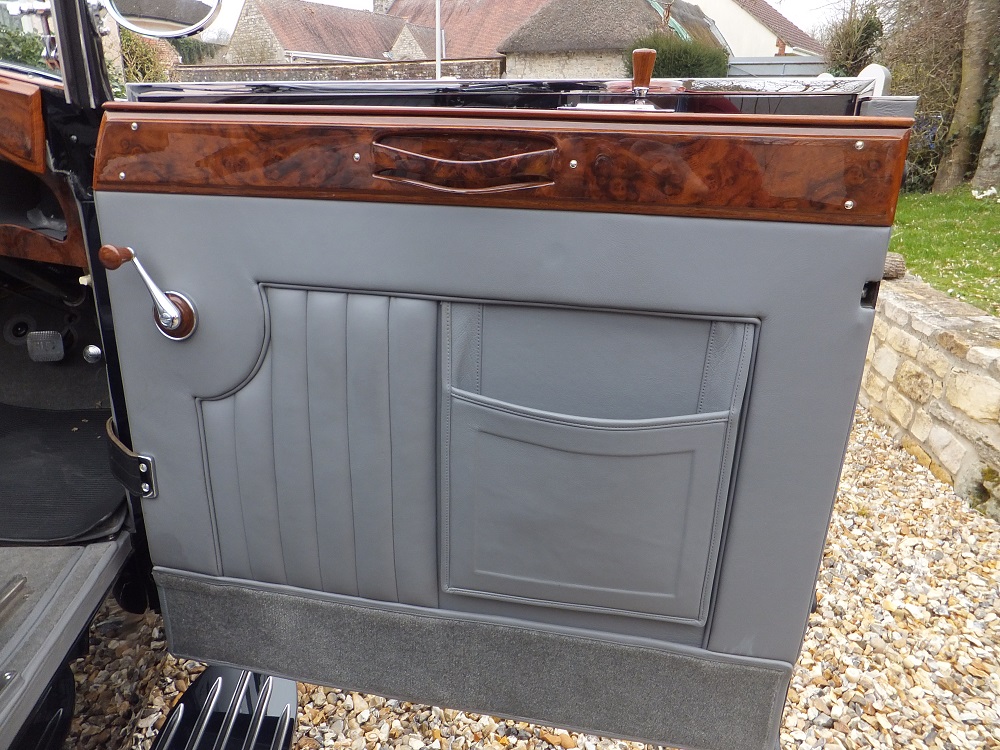 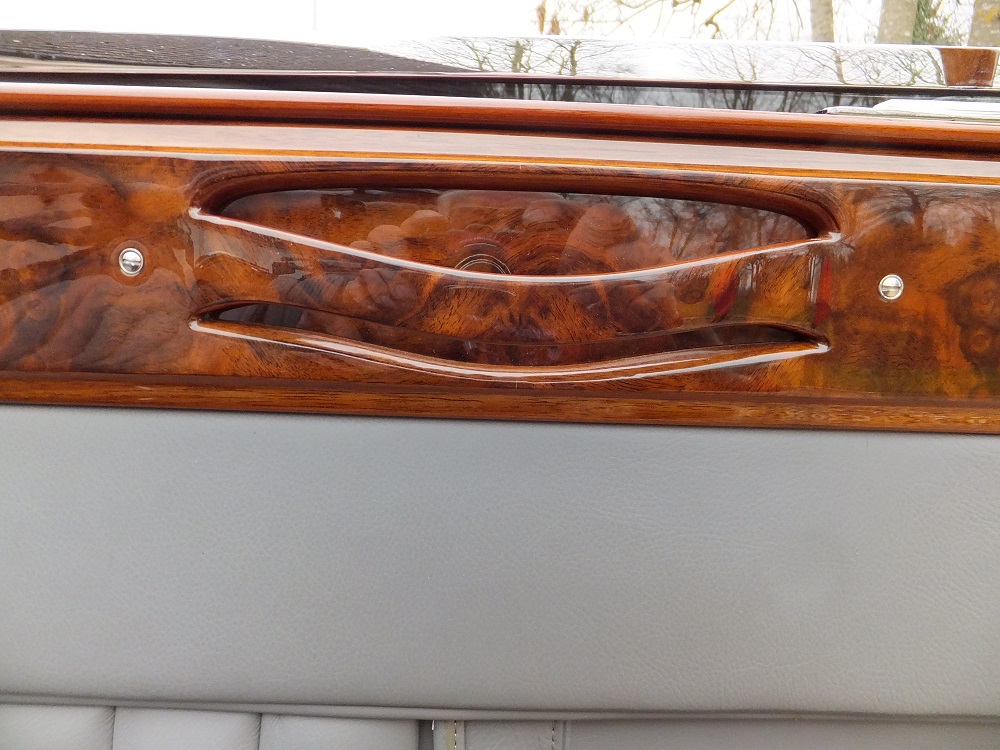 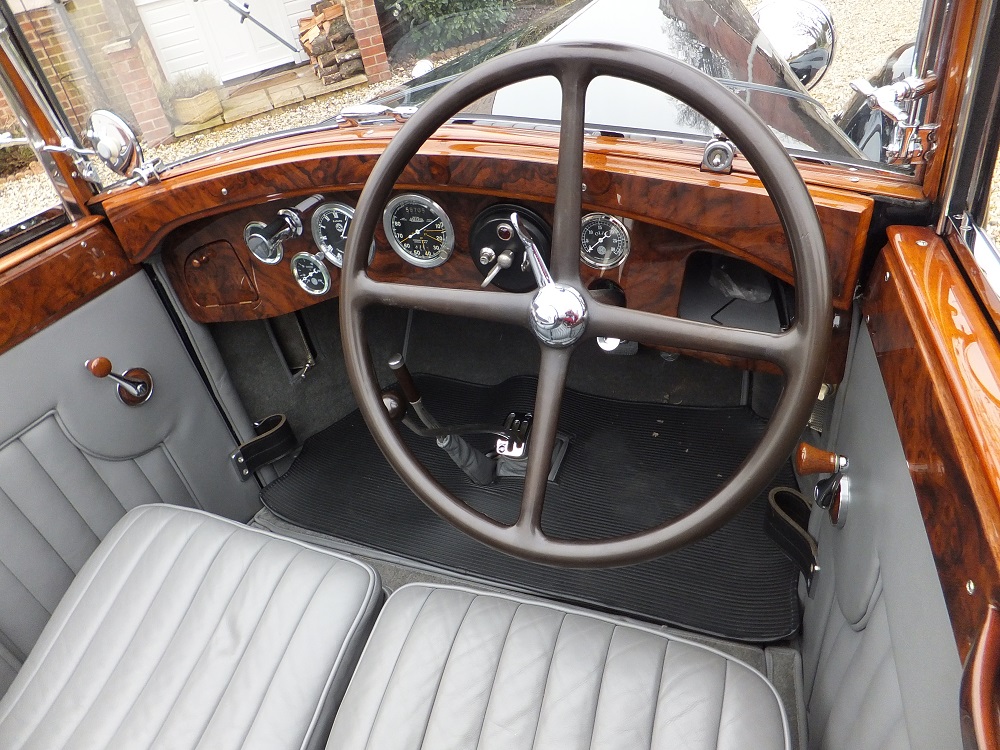 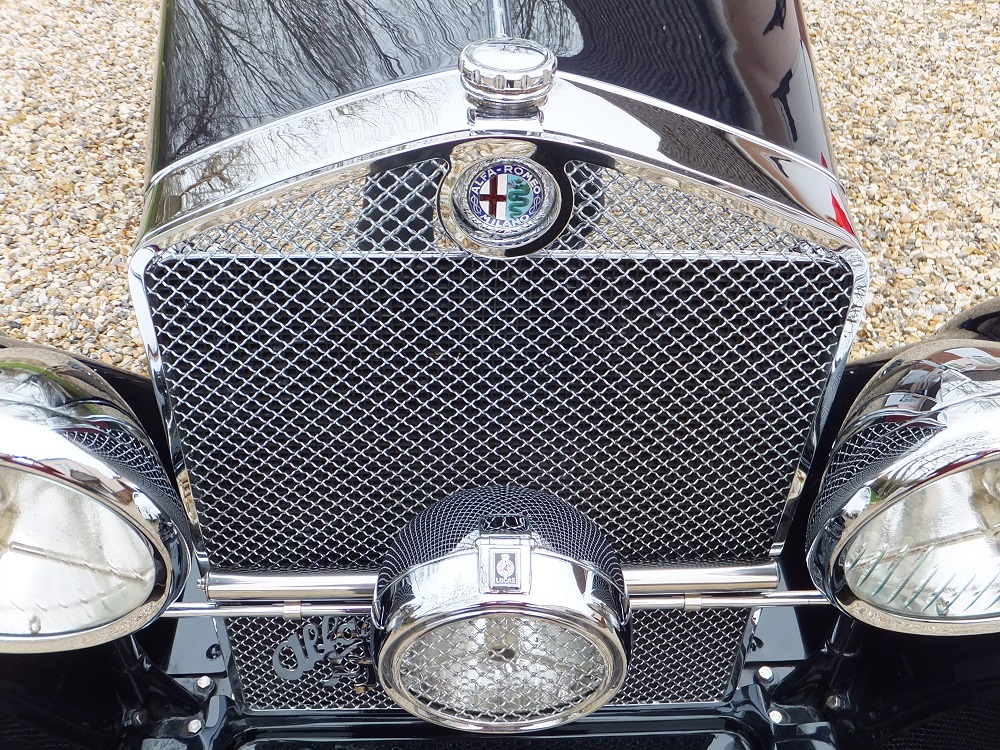 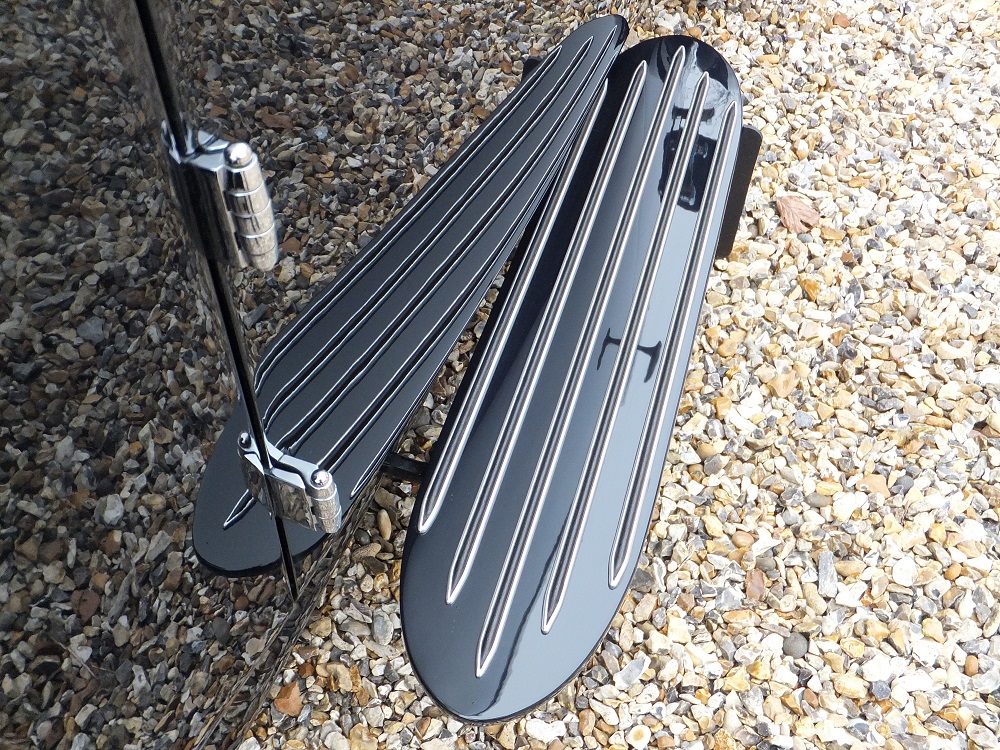 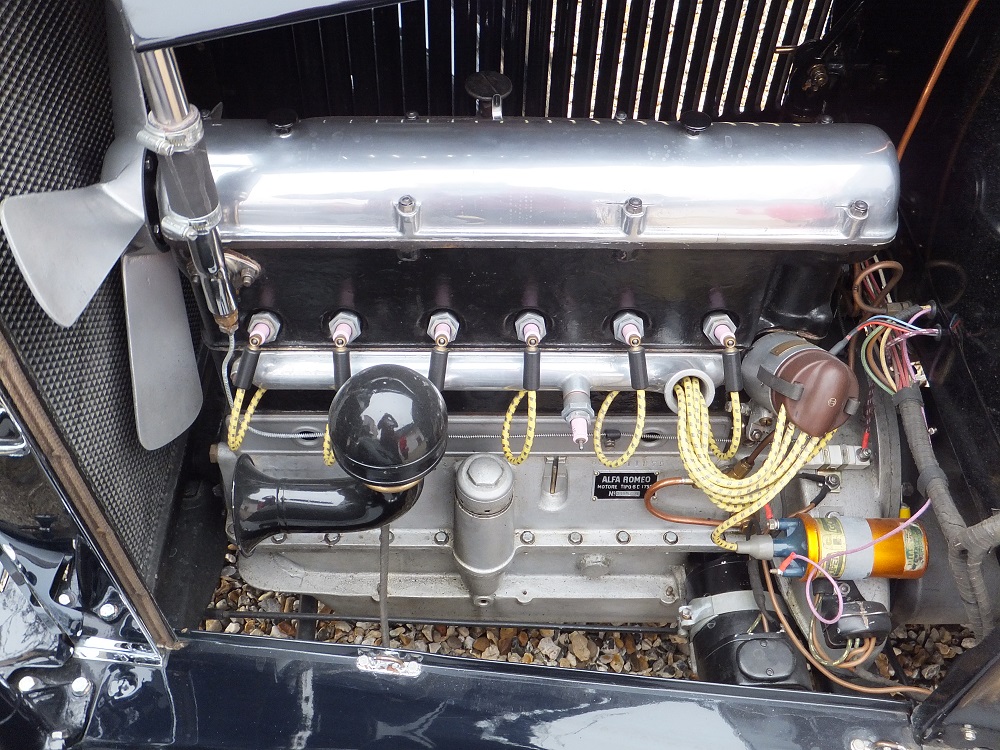 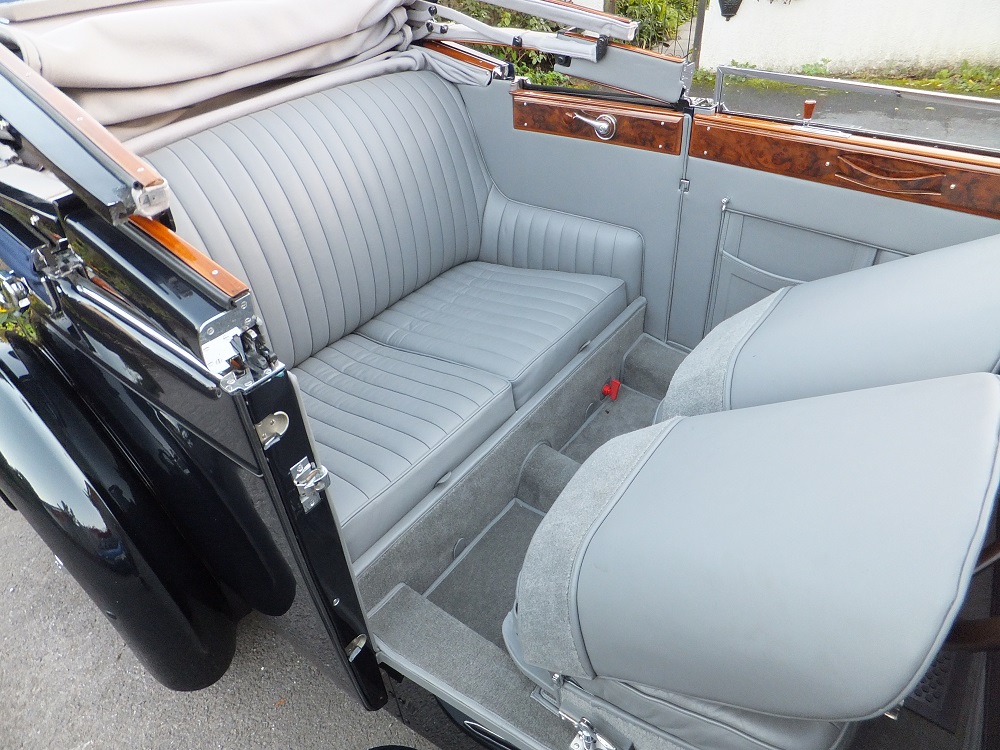 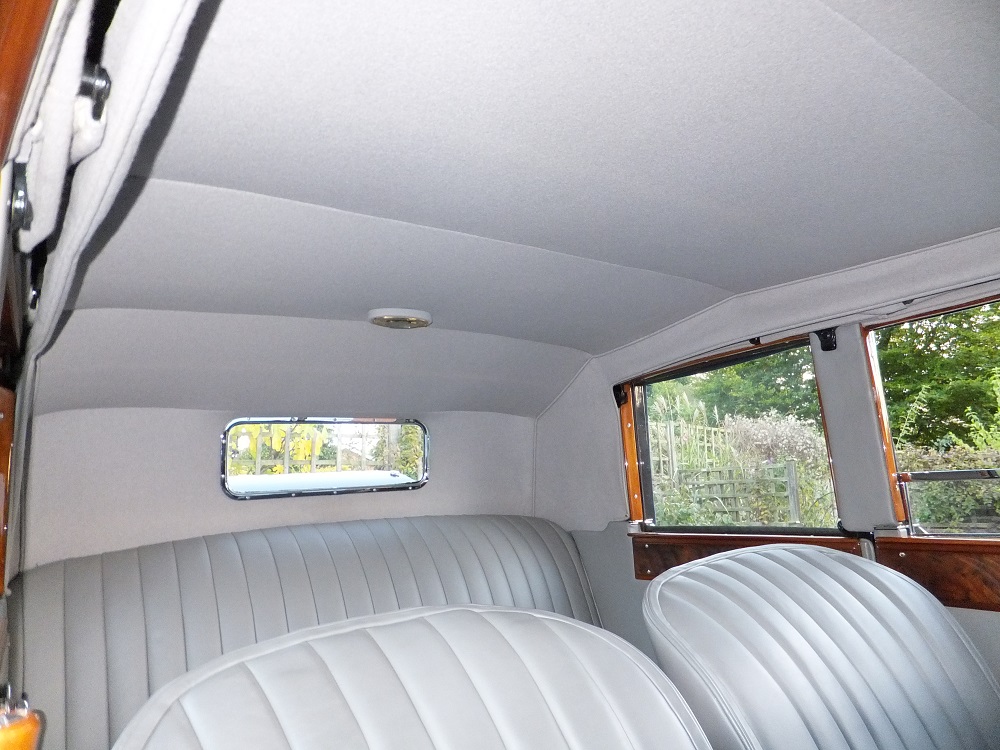 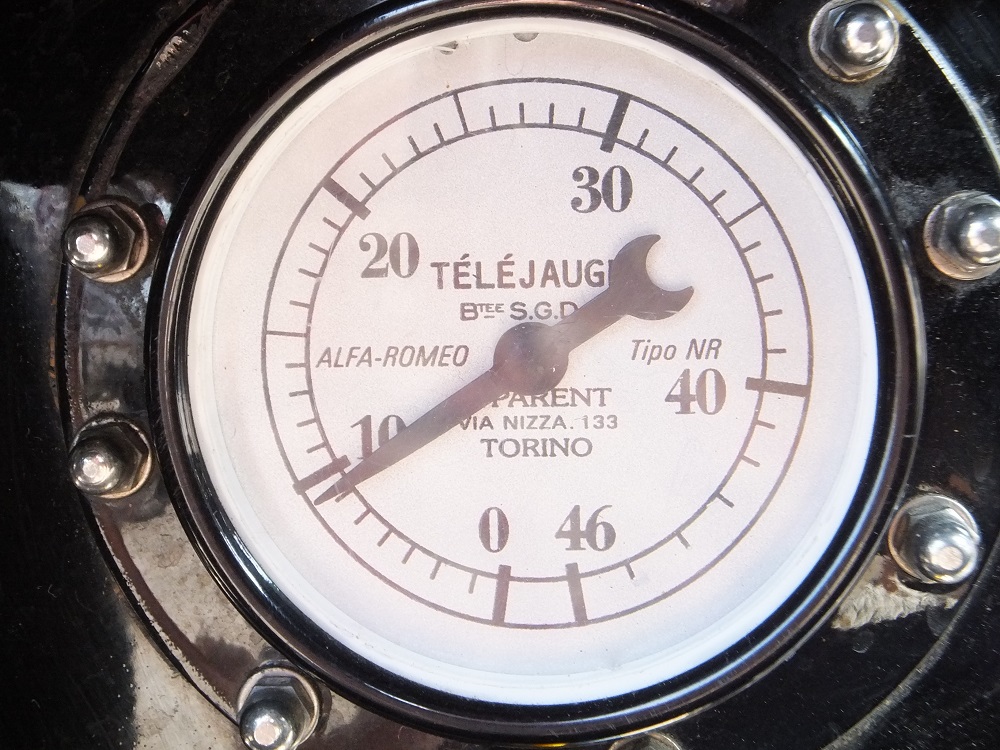 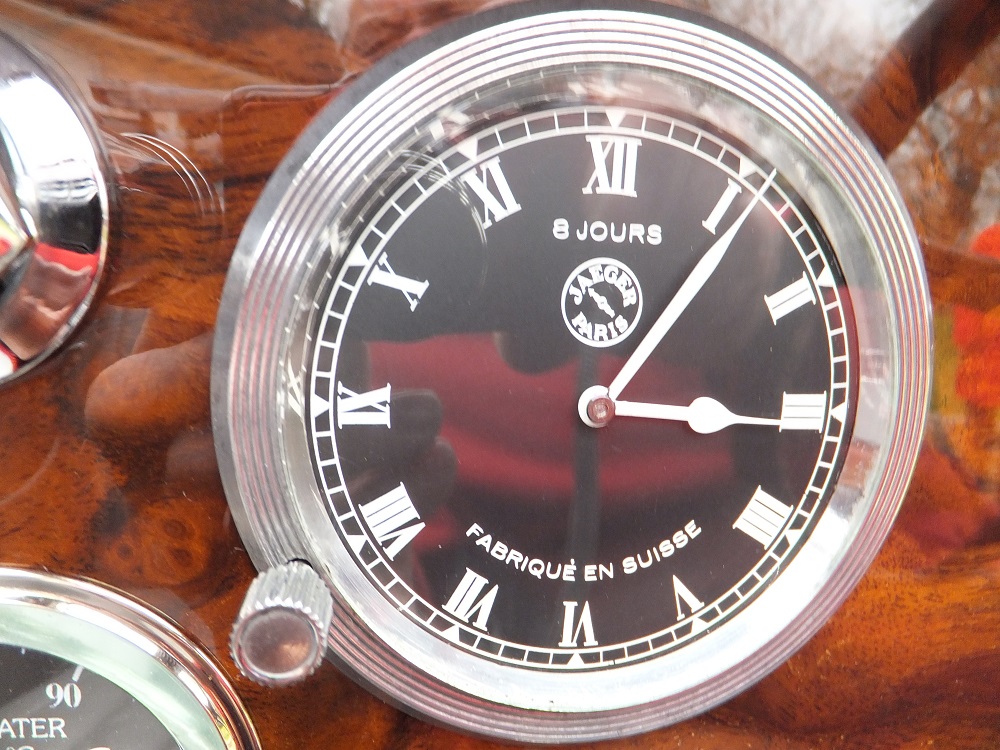 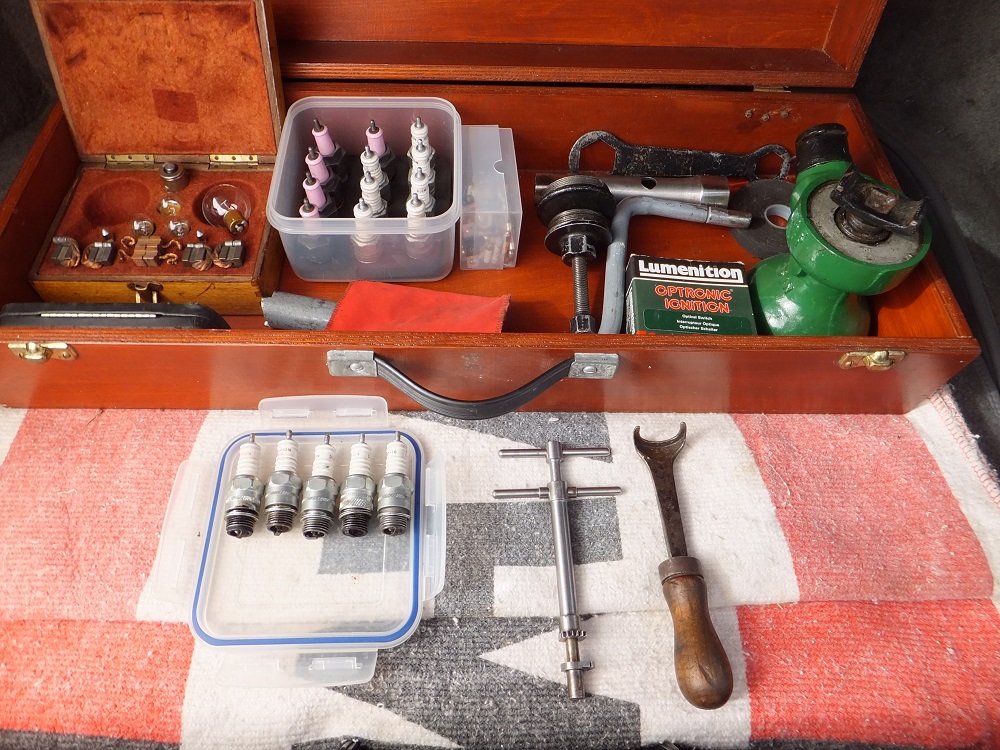 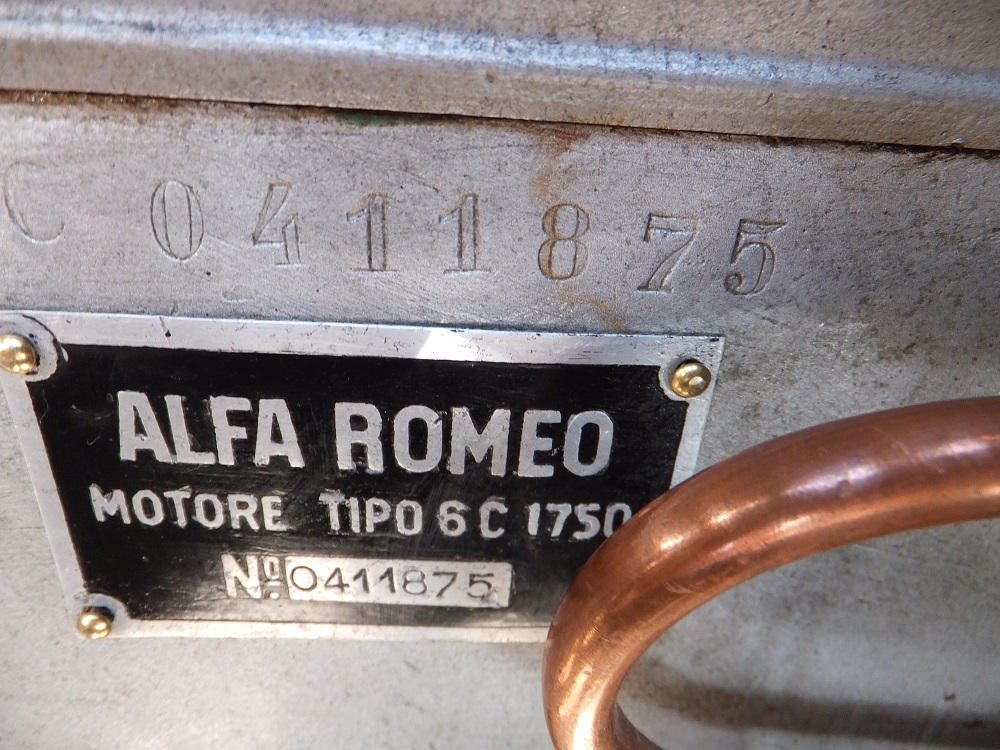