We went to Chimay full of expectations for the 2 driver Top Hat Historic Saloon Car race; the so called ‘Dream Team’ was united for the first time, Andrew and Max Banks would share the Alfaholics GTA Replica for the first time, greatly improving our chances of success. We also fitted our newly aquired double adjustable Koni race shock absorbers to replace the road Bilsteins we used to use and thus, were confident of the car’s ability to utilise the chicane kerbs to our advantage. 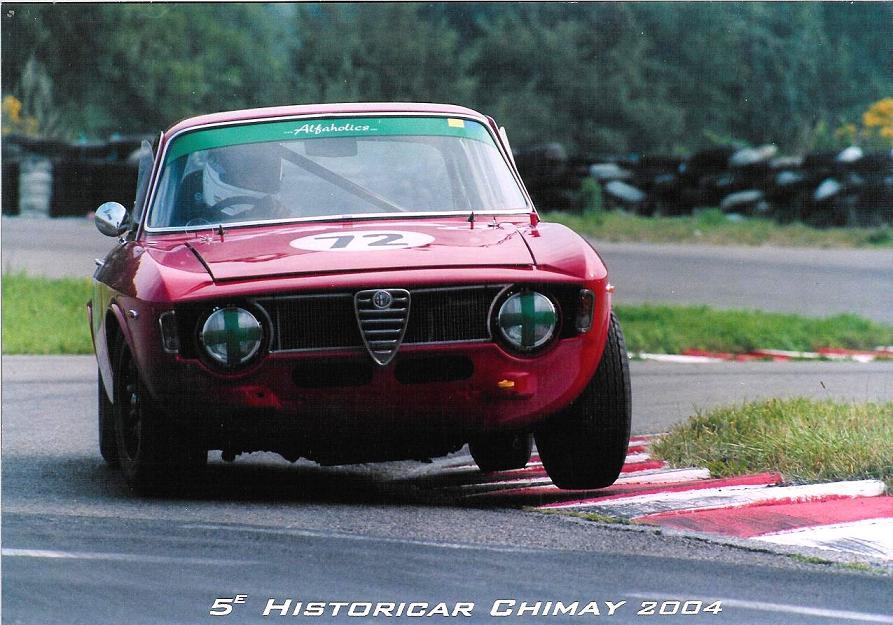 Max slings the car through the 4th chicane in qualifying

We returned from Chimay disillusioned from another retirement after 25 minutes of the one hour race: yet another problem with Jim Evans’ ‘dog’ selection gearbox which is proving too fragile to continue using – a seemingly typical issue with Jim’s parts!

The good news is that indeed the pace of the car and the new driver pairing were indeed too much for any of our Top Hat rivals. This further cemented our opinion that the extra couple of tenths per lap that the dog box may save is not required, such is our pace; durability is our new priority!

In order to improve the race entry, several cars were included that were not of Top Hat type or regulation. This included a Chevrolet Camaro reputedly with 600bhp, a ‘Knobbly’ Lister Jaguar, an extremely rapid Porsche 911 and a 3.0 Cologne Capri, all running on semi-slick tyres. 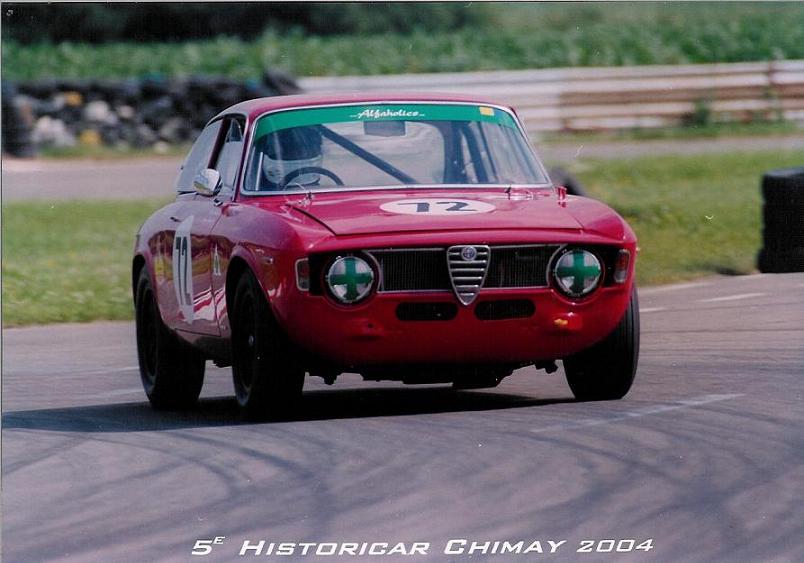 We qualified 5th overall behind the above mentioned cars and first Top Hat car on historic cross-ply tyres, with a sensational 2m 12.851 lap put in by Andrew Banks. The next Top Hat car was a BMW on a 2m 15.669, that’s 2.8 secs per lap slower than the Alfaholics GTA Replica! Our old sparing partner from Castle Combe, ex F1 Team Lotus ace, Jackie Oliver in the Ford Mustang only managed a 2m 16.402, showing how improved the car is with those new full race shocks! 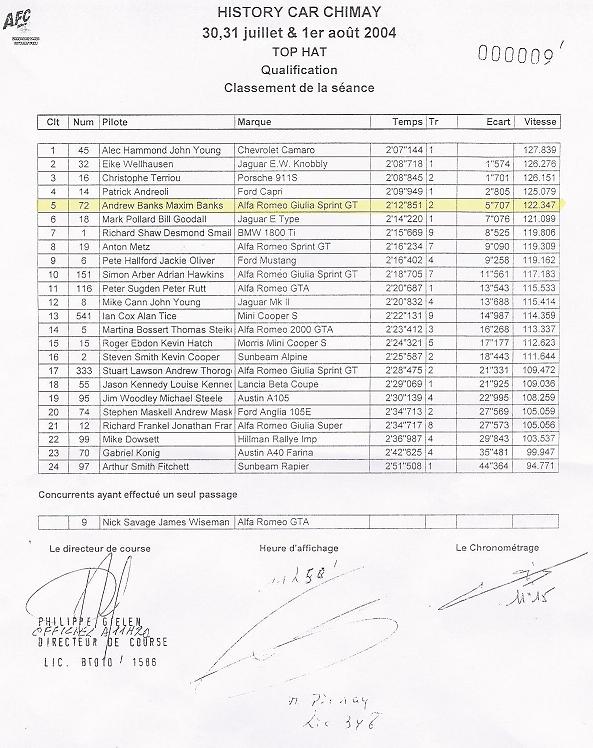 Andrew Banks was to start the race, with the intention to bring him in just after the driver change chaos that usually erupts at around 28 mins into the race, when the pit lane bears more resemblance to the decks of a sinking ship than a circuit pit lane as equipment and people fly in all directions! Due to our advantage over the other Top Hat entrants, we planned to run to a pace trying to keep every lap around 2m 13 – 2m 14s.

Andrew got a flying start and at the end of the first lap, when those on slick tyres were still unsure of their grip, came typically sliding through the last corner welded to the boot lid of the Camaro and a ridiculously fast Escort that had come through from last place on the grid! 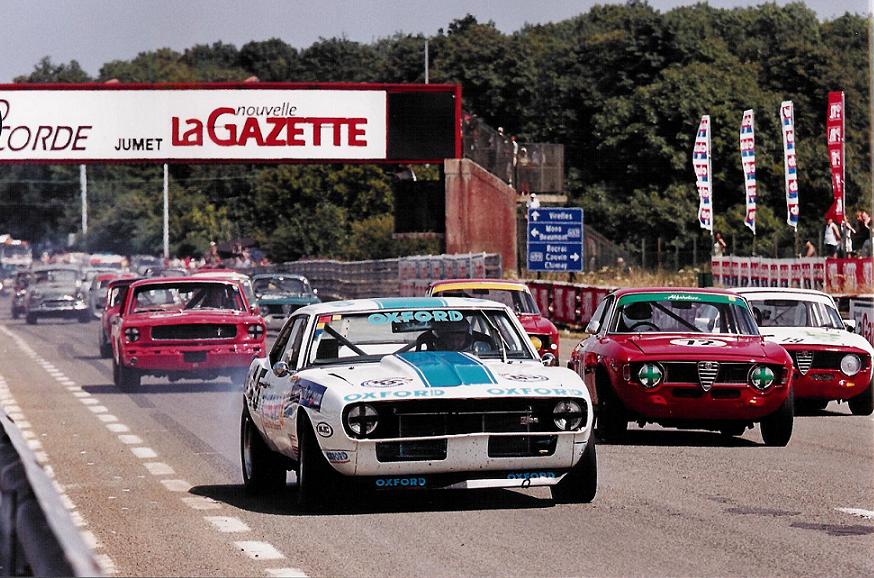 Andrew gets a fantastic start pulling away from the Alfas and Jackie Oliver’s Mustang, check out the smoking tyres and black lines left by the white Camaro! 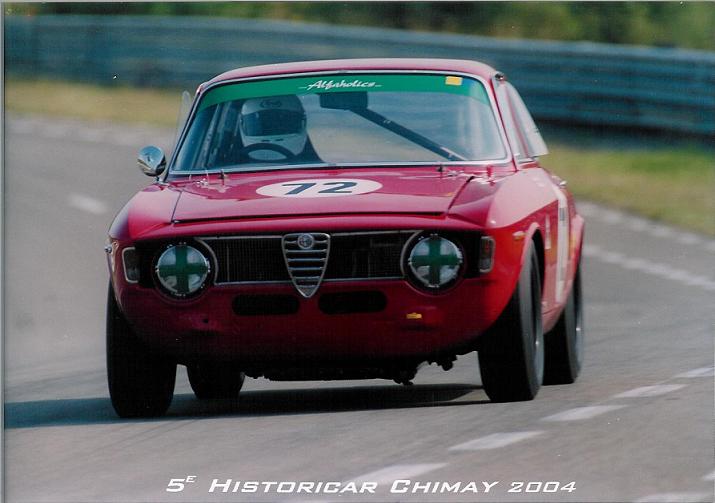 Andrew pulls away from the other Alfas, flying down the back straight!

As the race unfolded, our pace was too great for our Top Hat competitors, having nearly 40 seconds lead over them just 25 minutes into the one hour race! All seemed wrapped up as I donned my helmet and gloves, the adrenaline rushing round my body making my spine tingle, as I realised that I had a job to finish, even though it seemed easy! As I looked down to last corner to watch Andrew come round it for the last time before being shown the ‘IN’ board, the car rolled straight on and pulled over in the escape road. I could not believe my eyes and had to take a second look to make sure it really was car no. 72 as the sickening feeling set in my stomach!

The car and Andrew returned to our pit at the end of the race with a reported loss of drive in 5th coming through the last kink on the circuit and a subsequent nasty noise from the depths below. We packed up and left the circuit wondering what might have been, especially as the Porsche got a stop-go penalty, the Escort did not go the distance and the Lister slowed hugely towards the end of the race. It may well have been second overall, as well as a Top Hat and GTA Challenge win!

Back in the UK, I stripped down the gearbox to find half the teeth on 5th gear on the layshaft had been stripped clean off, whole. Faulty manufacture in the blank or computer modelled cutting of the teeth seem the likely cause, not any of the dog selectors, however, it is one failure too many for the set up so back to a good ol’ Alfa GTA box we go! If our competitors were within a few tenths of our pace then it may have justified further development of the ‘dog’ box but with several seconds of advantage yet again, the extra pace cannot be justified, we need a safe gearbox which the Alfa unit has proved to be in the past! 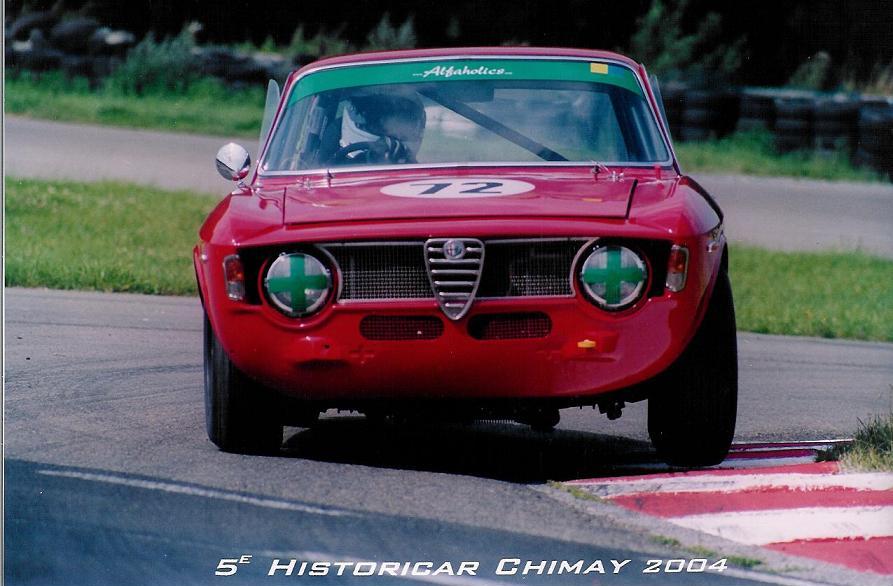 Max attacks the 4th chicane again, the car and shocks loving the kerbs! 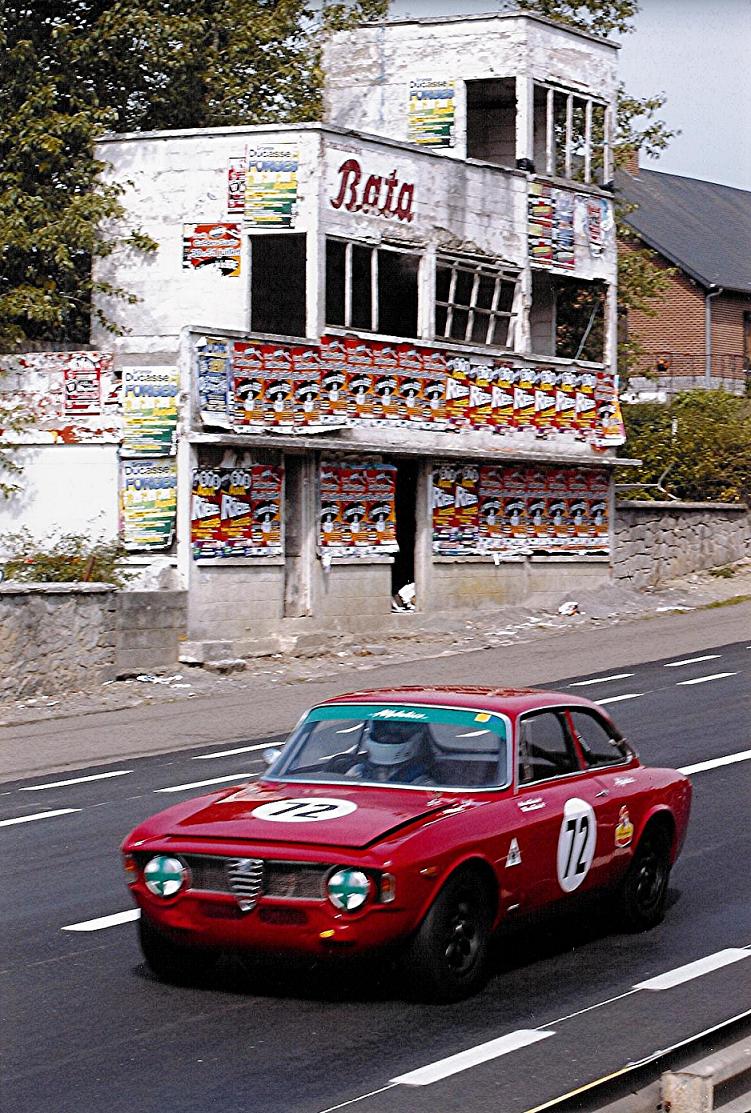 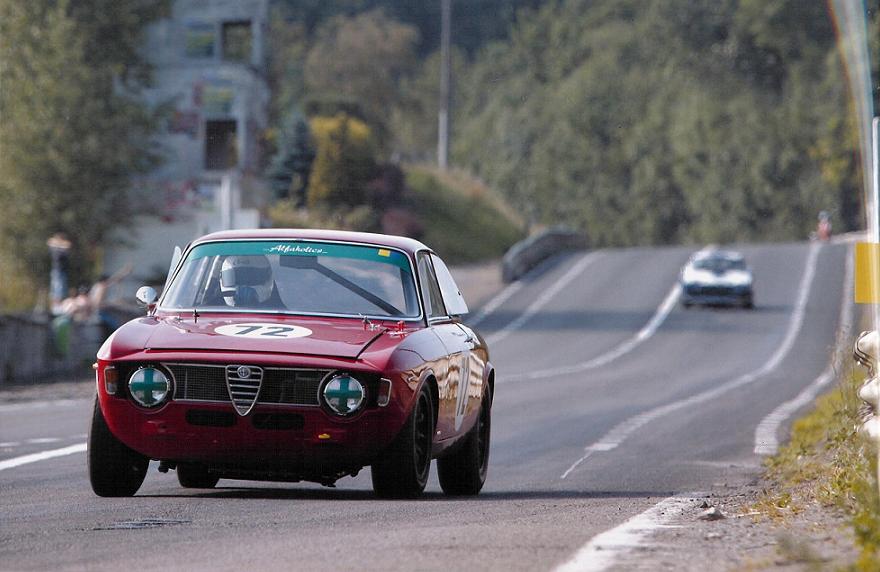 Andrew attacking the braking zone to pit bend in qualifying, Cologne Capri trying to cling on! 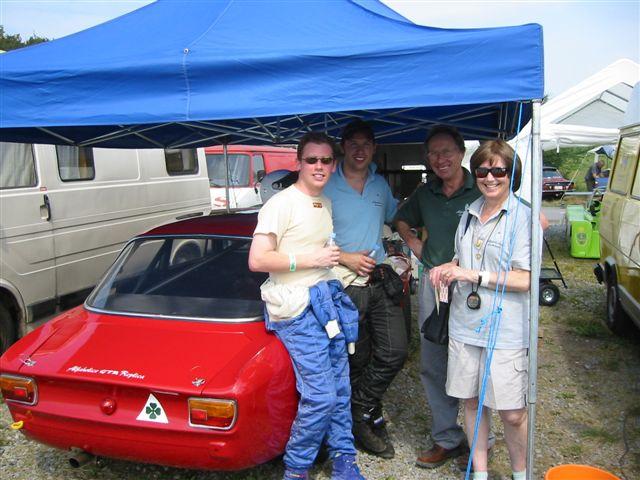