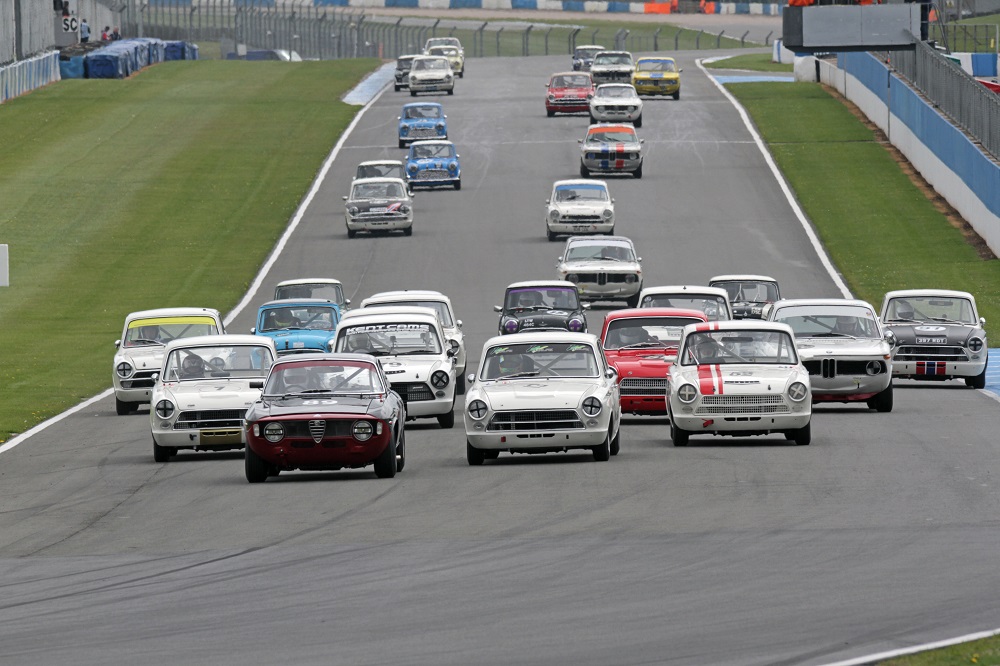 Having won this race for the last 3 years in a row, there was a certain degree of expectation amongst followers of the series that we would win again this year. However, we knew that nothing could be taken for granted as the Cortinas had been undergoing some intense development over the winter.  Of particular interest, ex BTCC champion Steve Soper (now in his second season of U2TC) had commissioned current BTCC champions Team Dynamics to build him a new Cortina for 2017 that they would run for him.  A man on a mission!  Alfaholics on the other hand had spent the winter building customer GTA-Rs, so with a quick check over and a wash, our GTA was wheeled out for another season’s racing.  Whilst it would be the same tough competition at the front of the field, the U2TC race format had been altered – no longer a 1 hour enduro, but rather two 40 minute races with an aggregated time for overall victory.

We managed to get to the front of the collecting area for qualifying to ensure a clear couple of laps before coming across slower cars.  Andrew managed to put in an excellent lap which was a clear 1 second faster than the gaggle of Cortinas behind. Over the next few laps, the traffic was not too kind to us and the Cortinas started to chip away at our margin.  Then, just before we planned to pit for a driver change, Andrew had a free lap and made it count with a quite remarkable time of 1m22.36 – no-one was going to get near that and we finished the session nearly 1 second clear of the field!

In race 1, Andrew got a superb start from the lights and managed to fend off the Cortinas down the straight and into turn one. With his head down and on a charge, he had pulled a 1 second lead by the end of lap one, which prevented the more powerful Cortinas from being able to challenge on the straights. Lap by lap he increased the margin and, by the driver change, he had pulled 12 seconds clear of the pack. Following the pit stop Max set about extending that margin, making it a full 24 seconds from Steve Soper by the chequered flag.

Starting from pole again in race 2, but now with Steve Soper next to him, Andrew again got a good start but found a very determined Soper right alongside by turn 1. Andrew defended superbly and retained the lead. By the end of the lap, Steve was still on his bootlid, absolutely wringing every last bit of performance and more out of his Cortina. Lap after lap they came round, nose to tail until finally Andrew just broke away a little. By the time we were ready for our pitstop, Andrew had built a 4 second lead, when suddenly the Safety Car was deployed. That meant everyone piled into the pits to minimise the loss of time from making the compulsory stop.  Max emerged still in the lead but now with the pack right behind awaiting the re-start. This was not to be the easiest of re-starts as Max was fresh in the car and the two Cortinas behind of Steve Soper and Andy Wolfe were single driving the race!  At the restart, Max defended firmly for the first lap before managing to get away and took the chequered flag with a 4 second margin from the following Cortinas.

Pole position and two lights-to-flag victories for the Alfaholics 1600 GTA against the toughest of competition – we could not have asked more from the weekend! 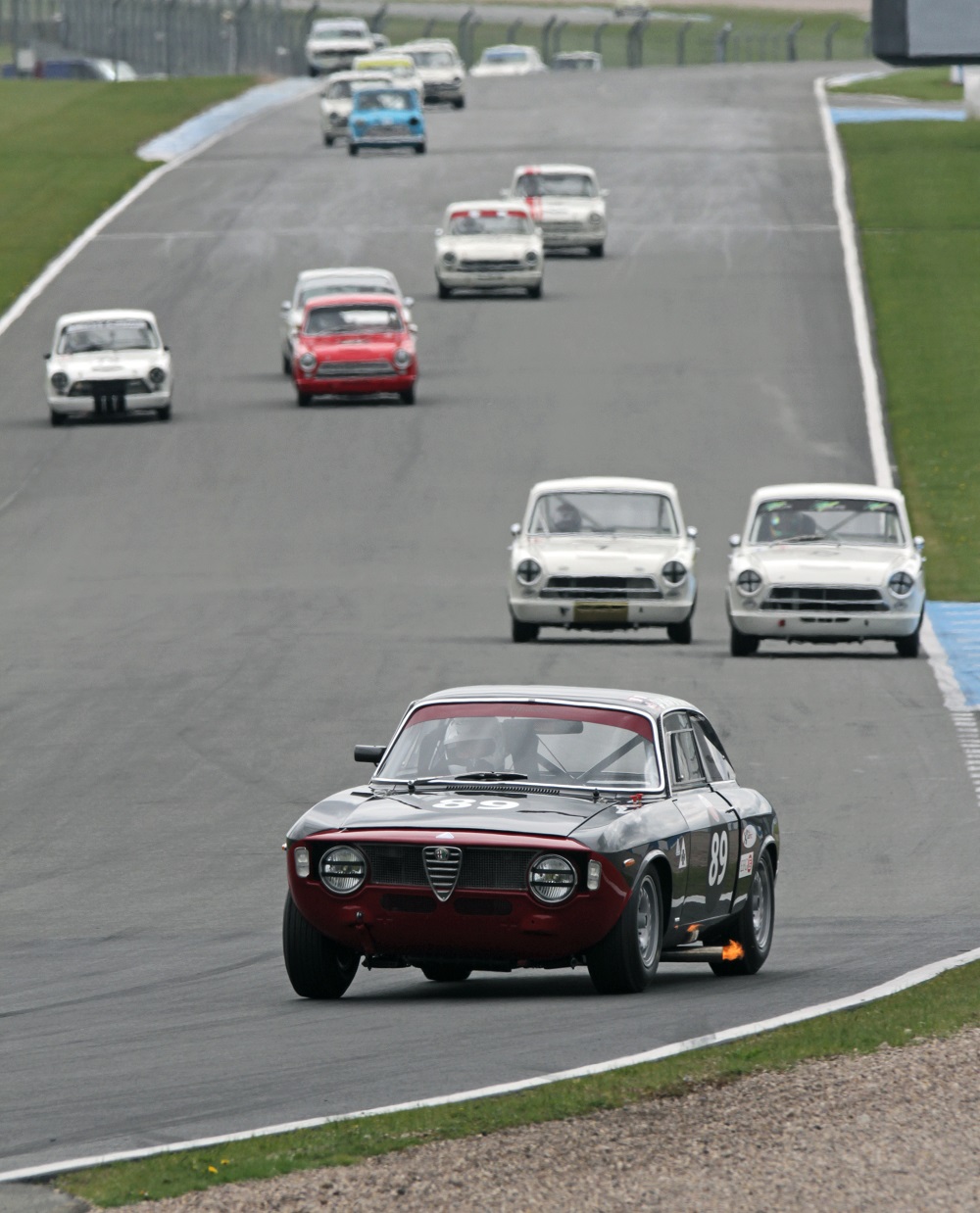 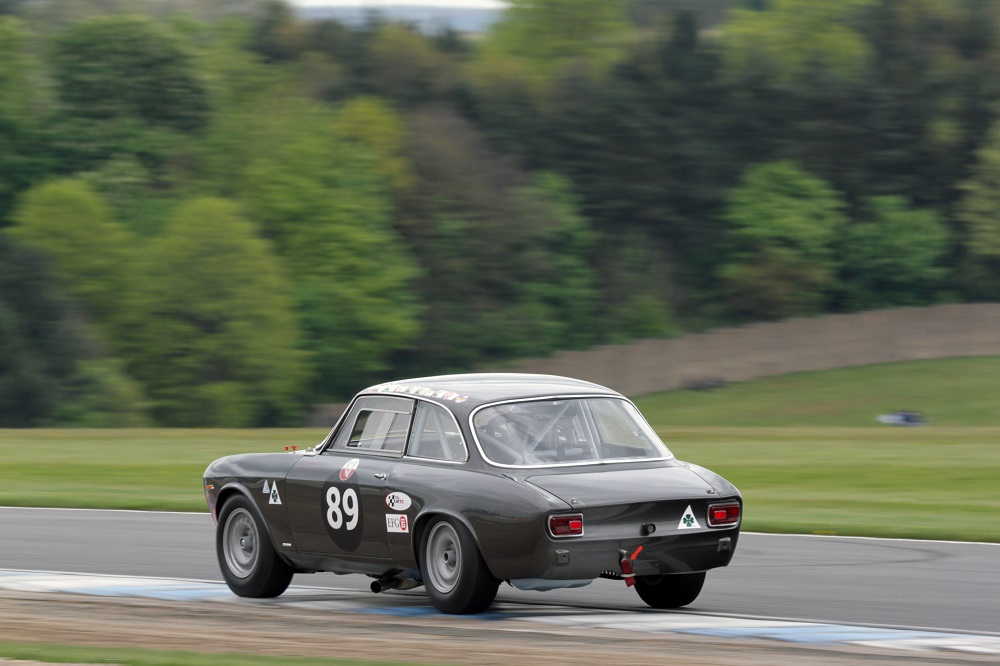 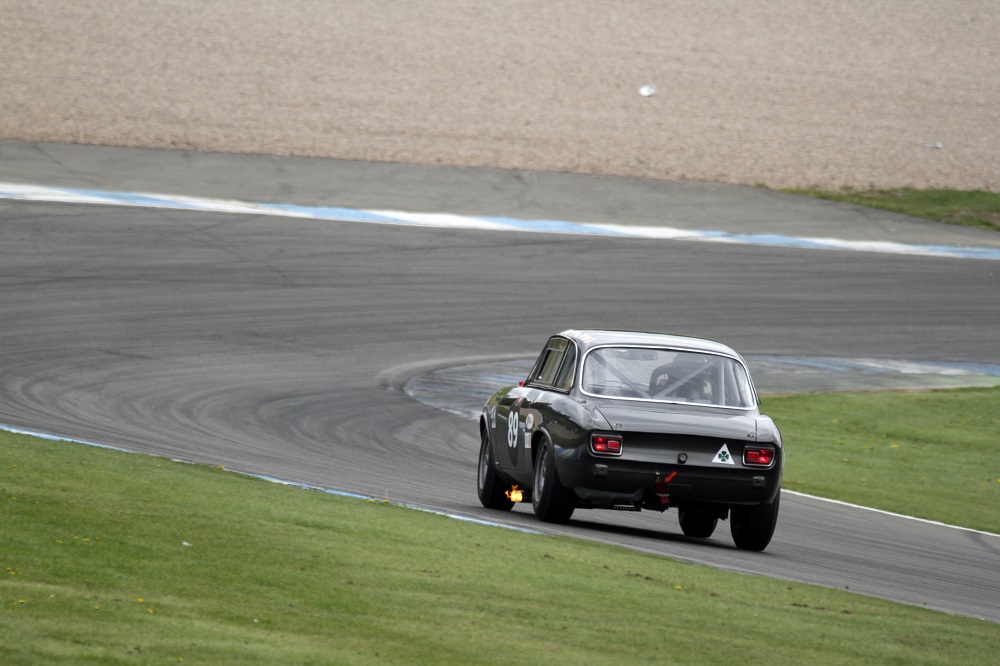 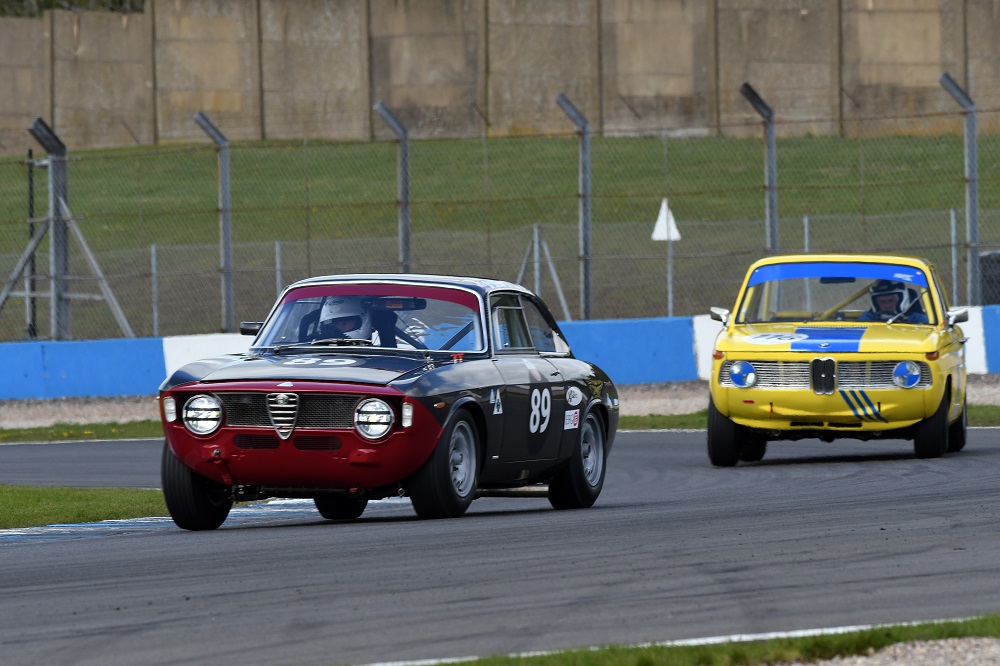 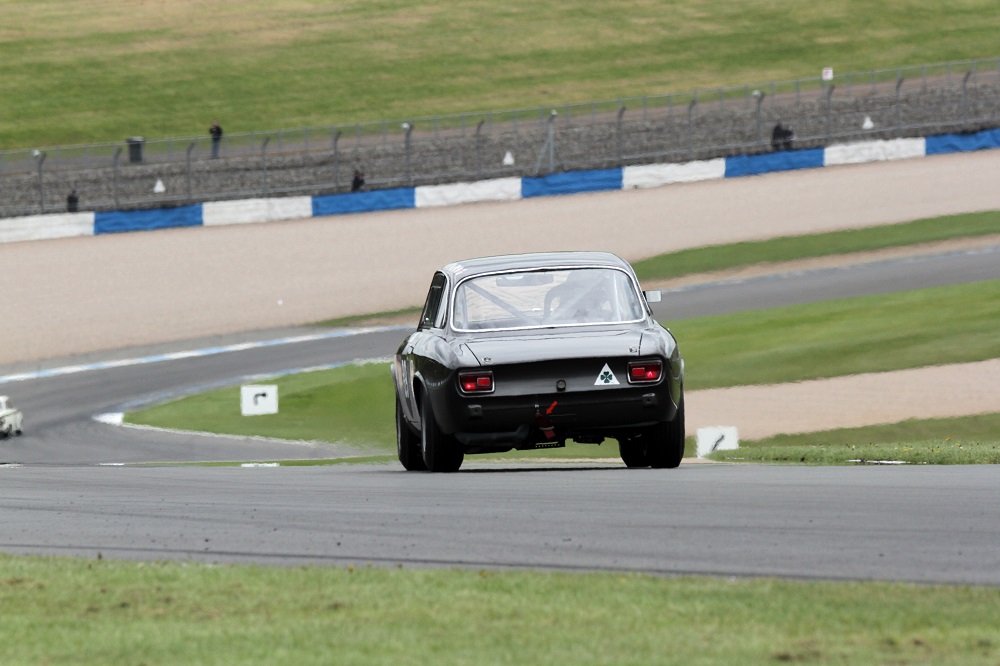 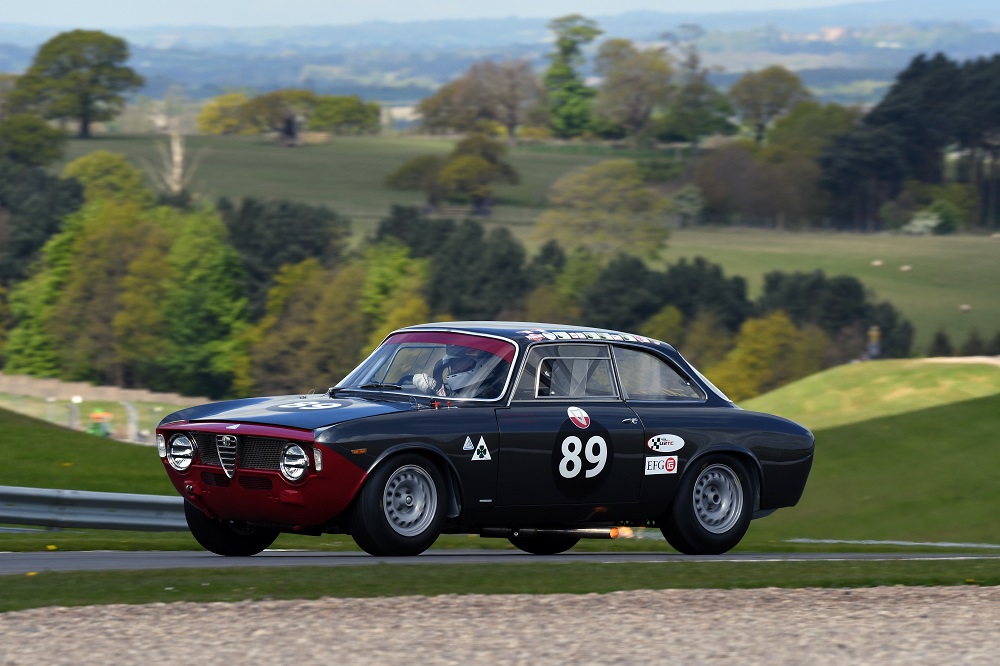 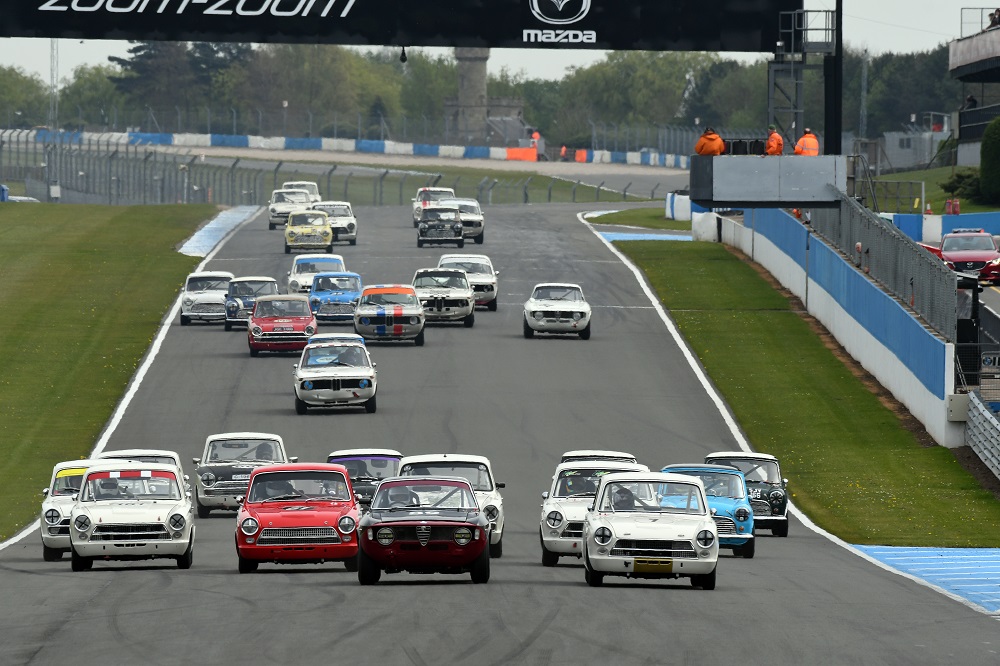 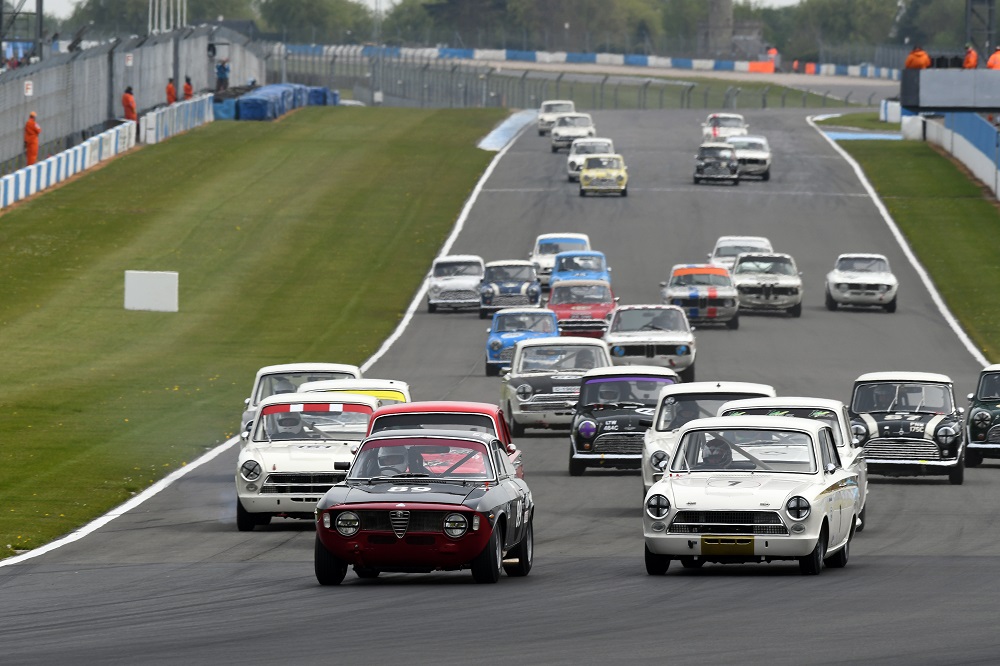 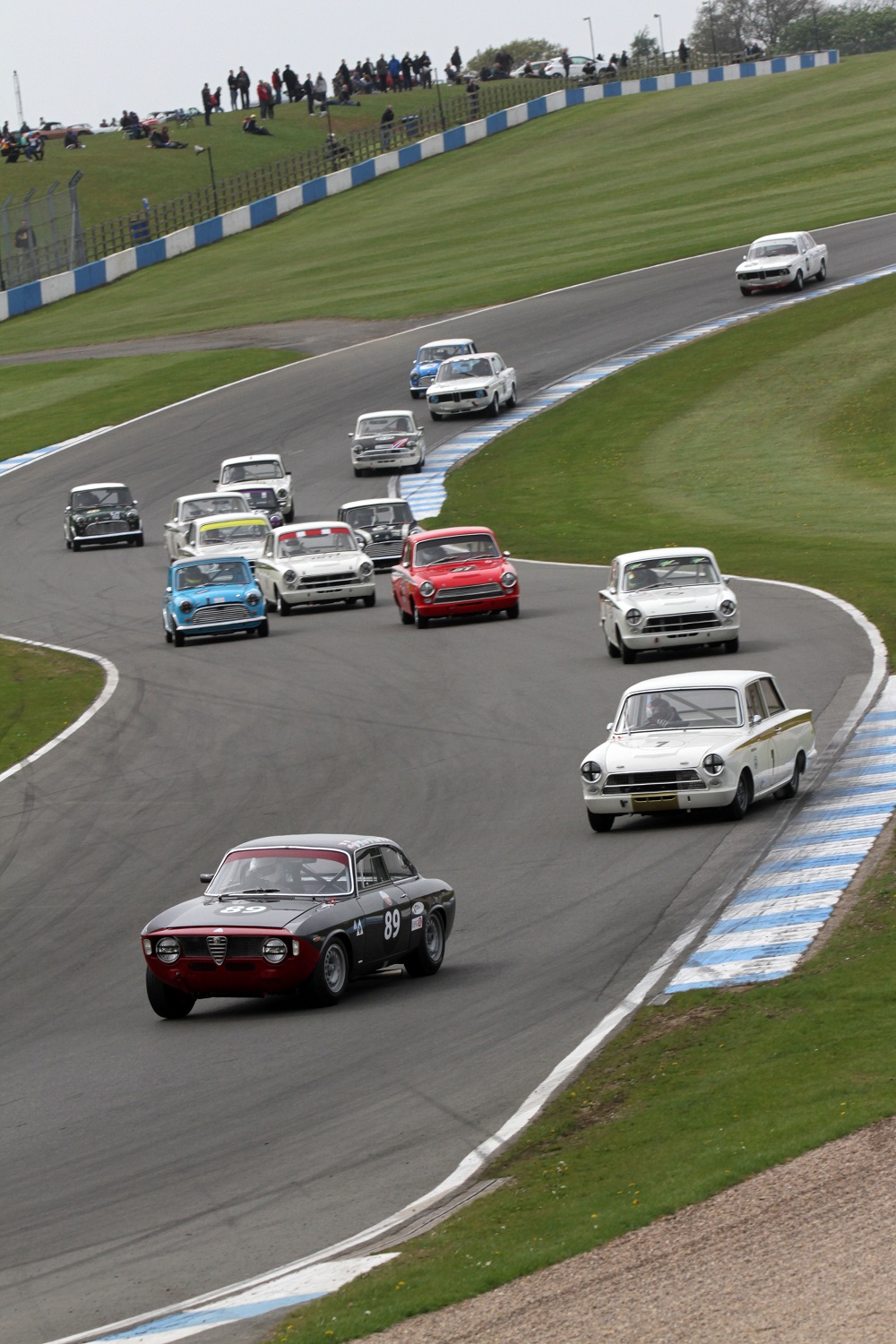 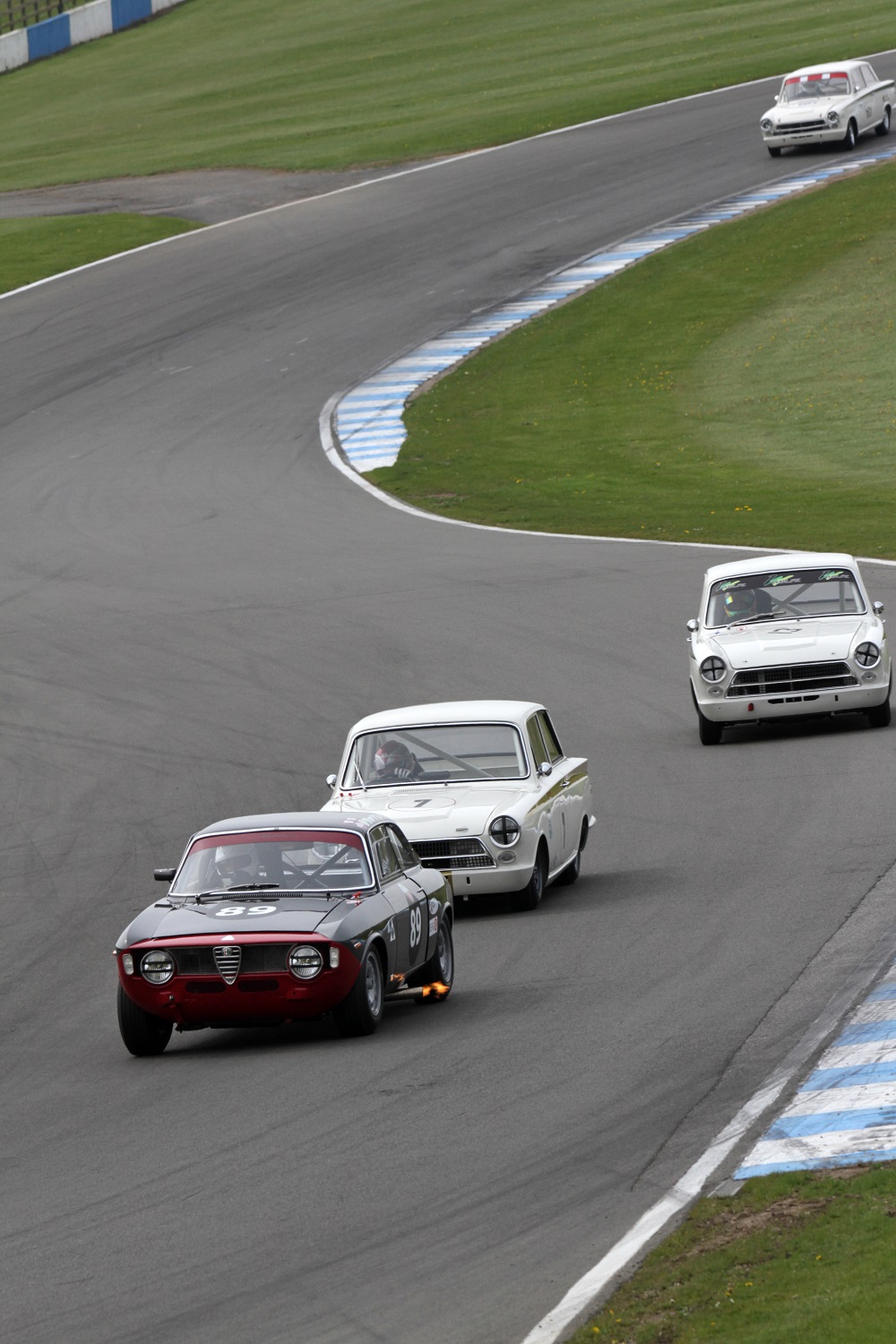 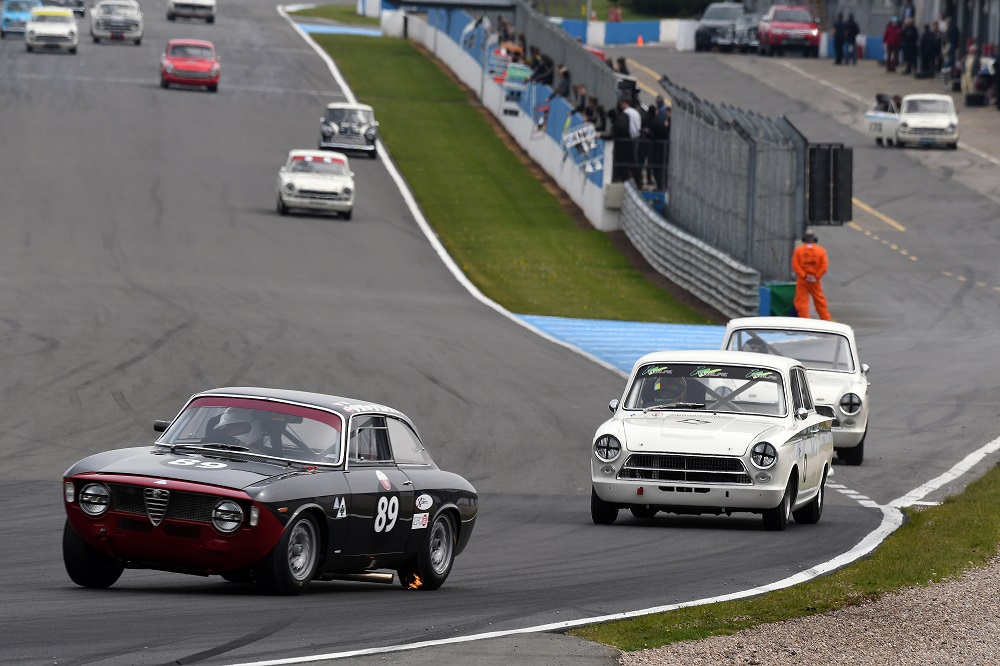 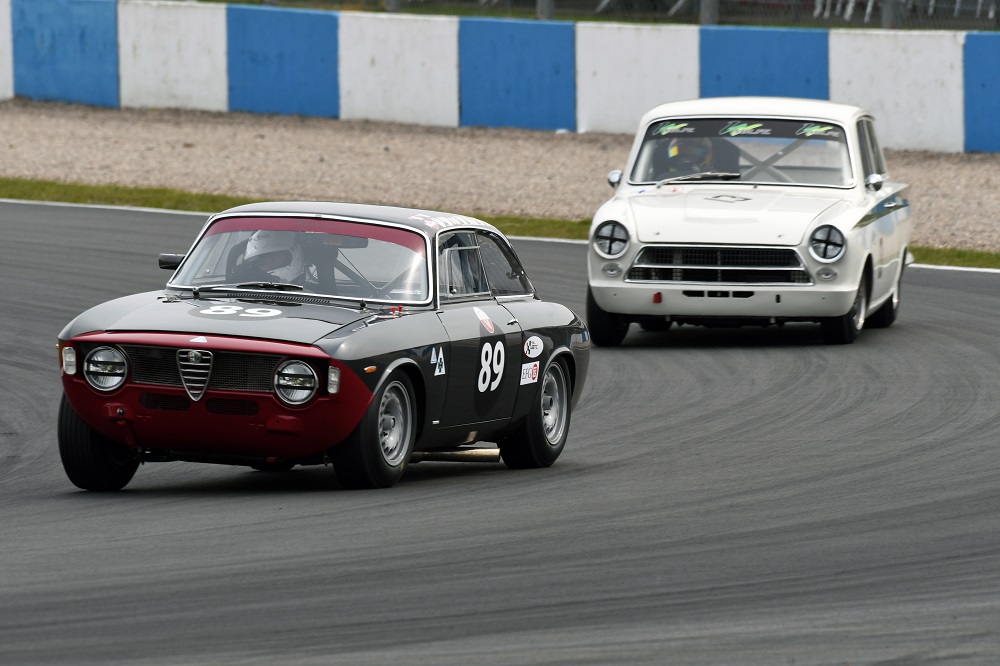 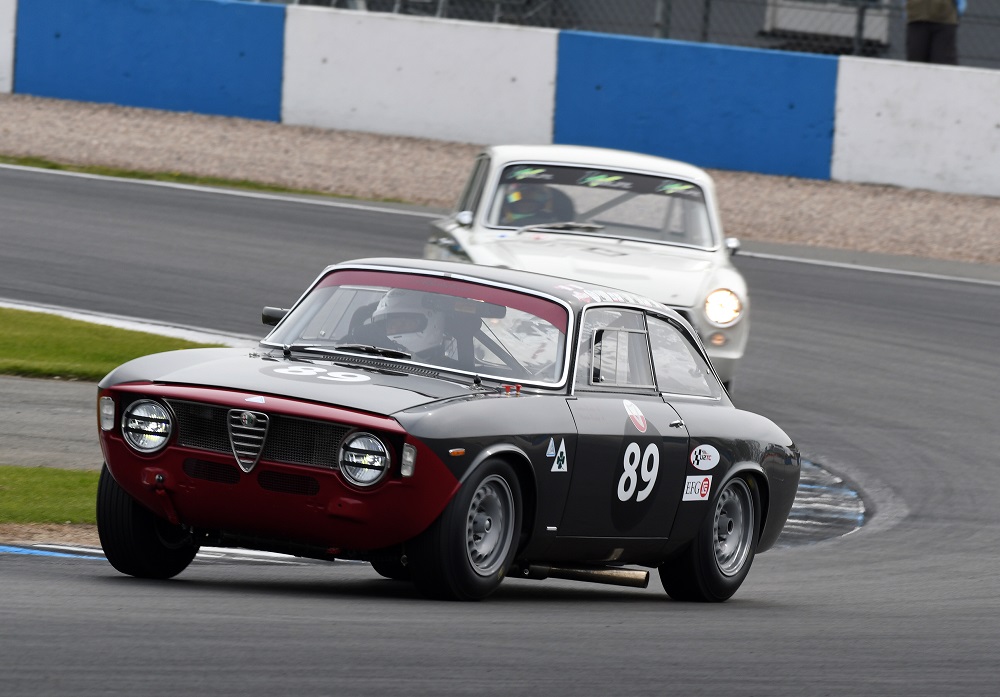 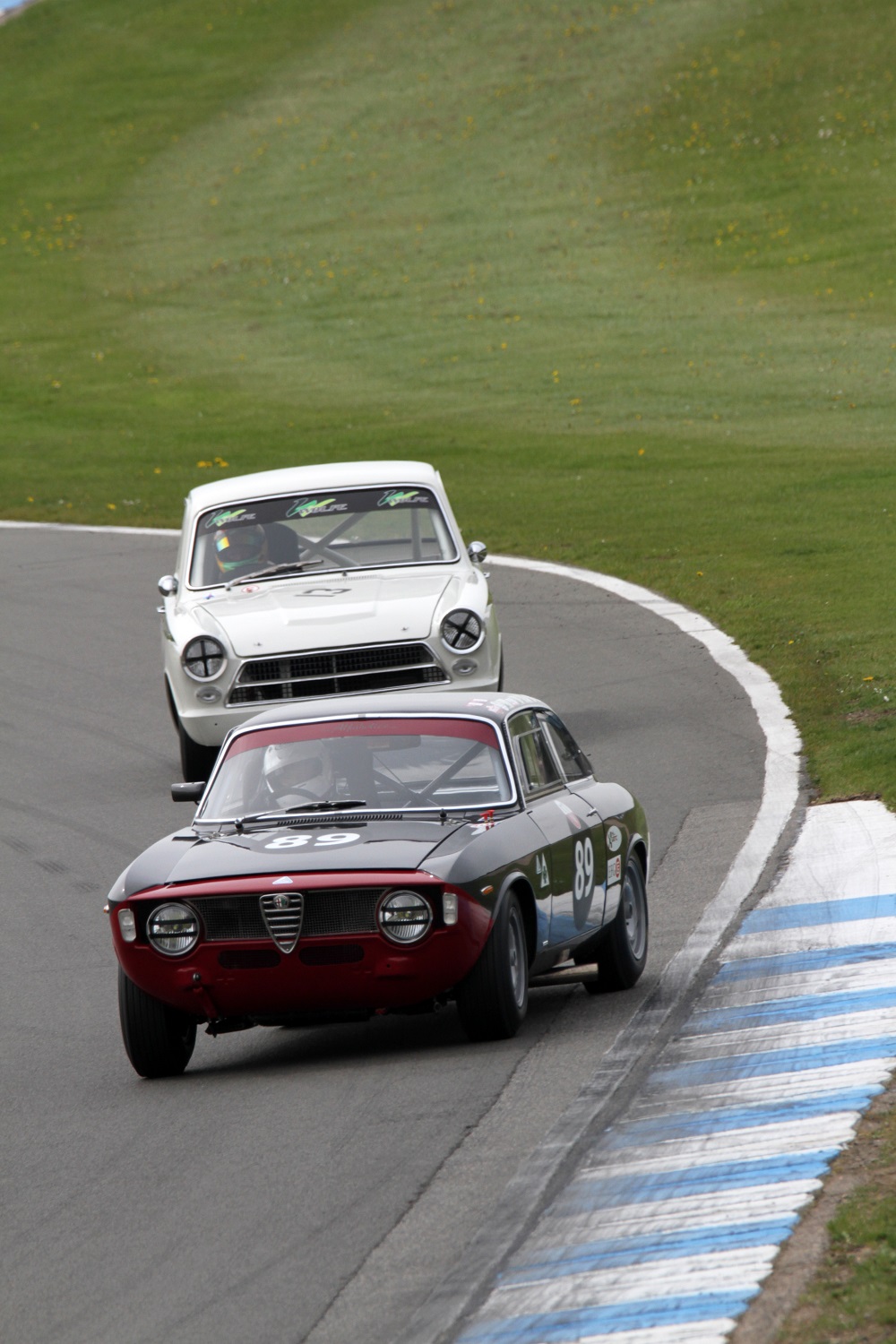 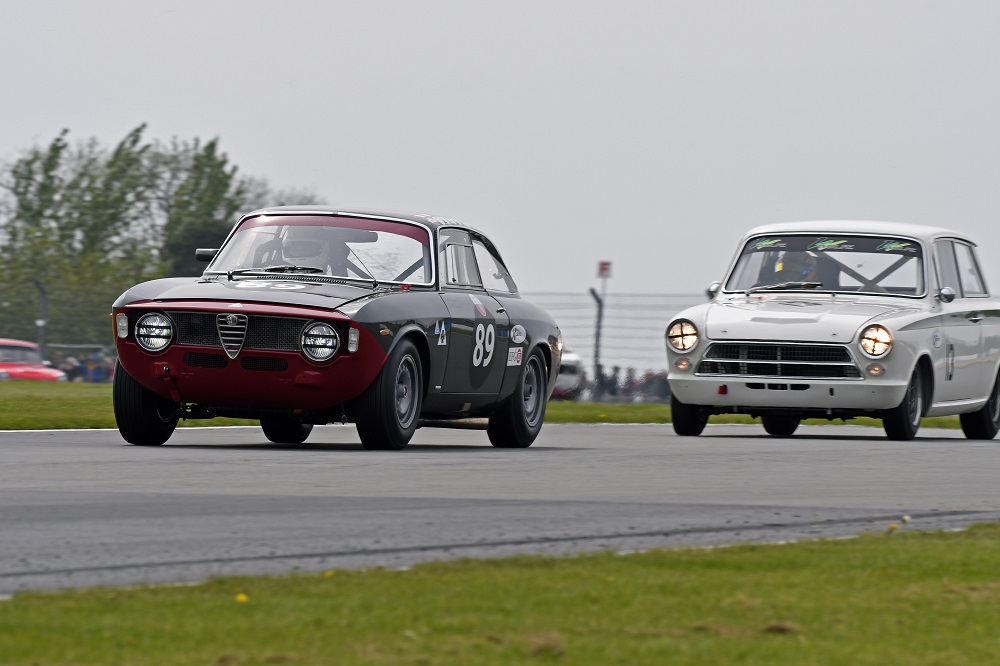 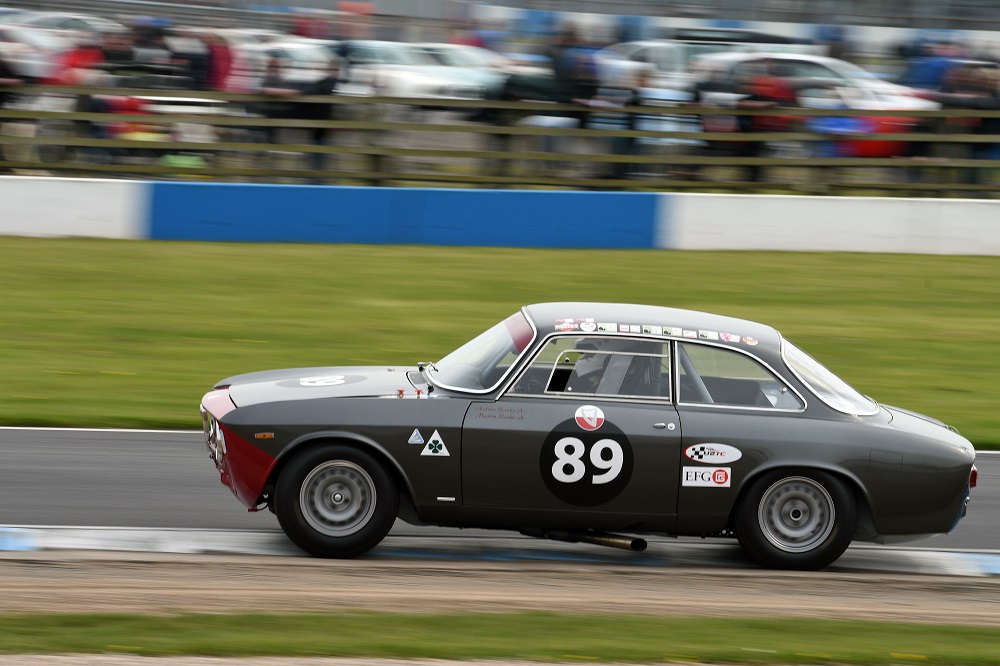 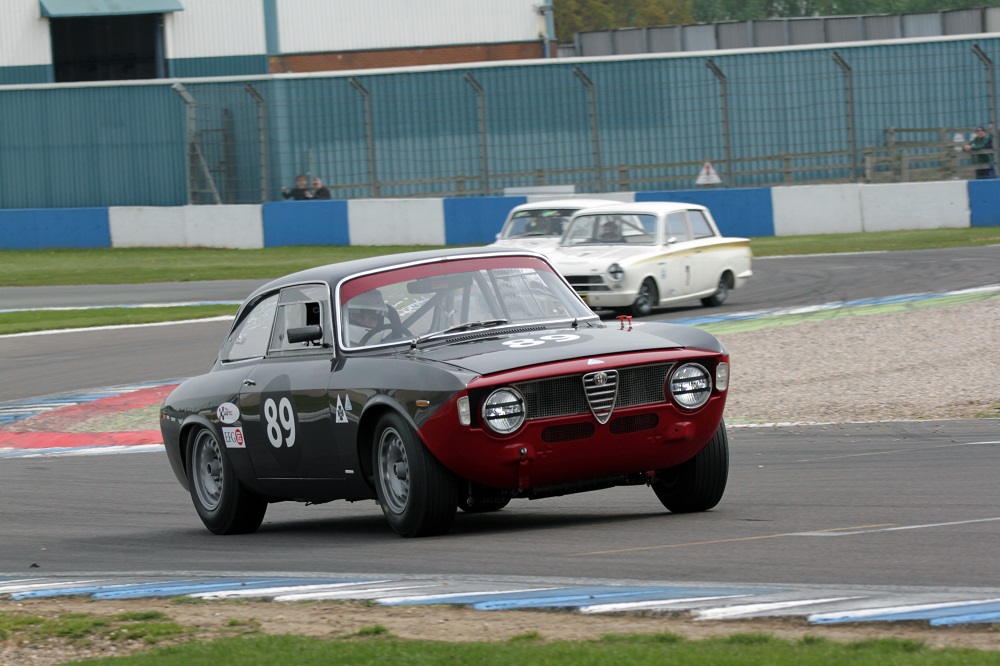 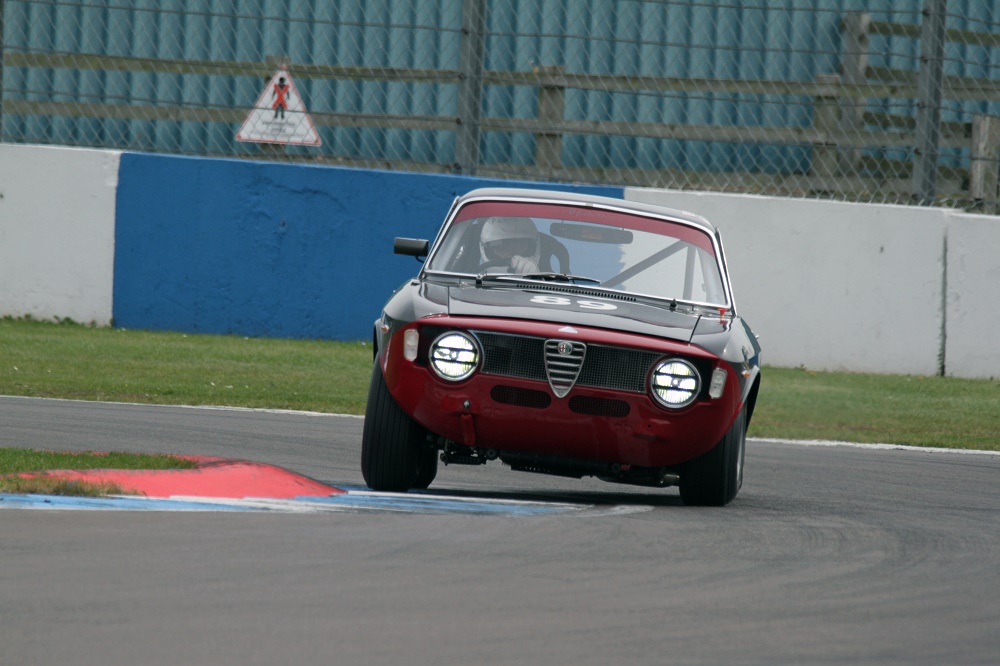 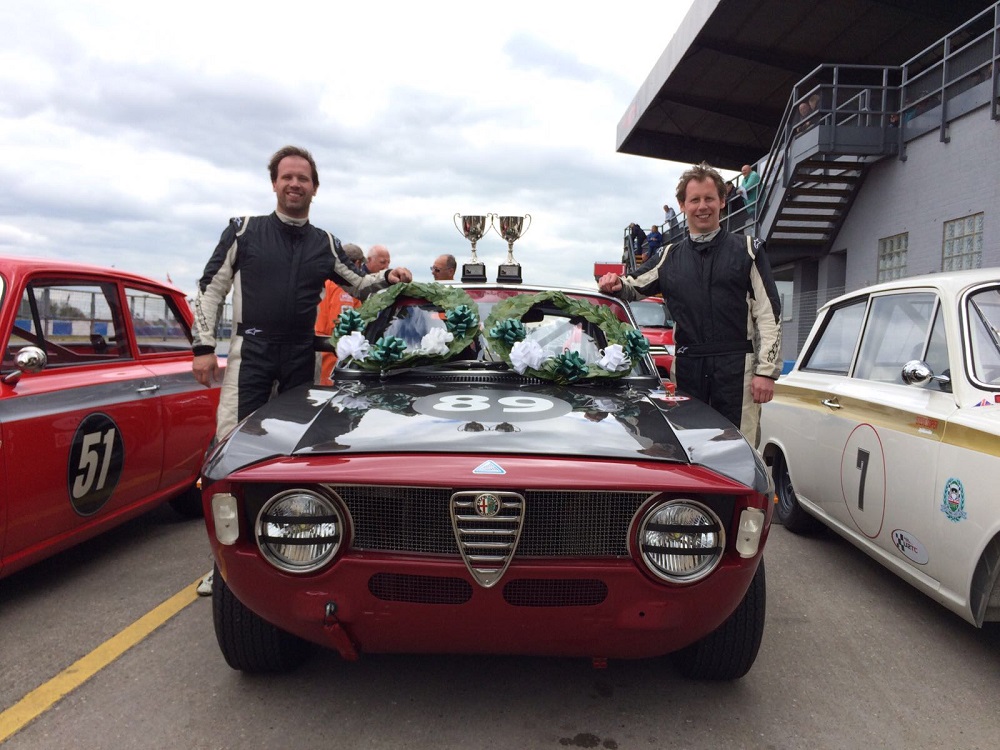 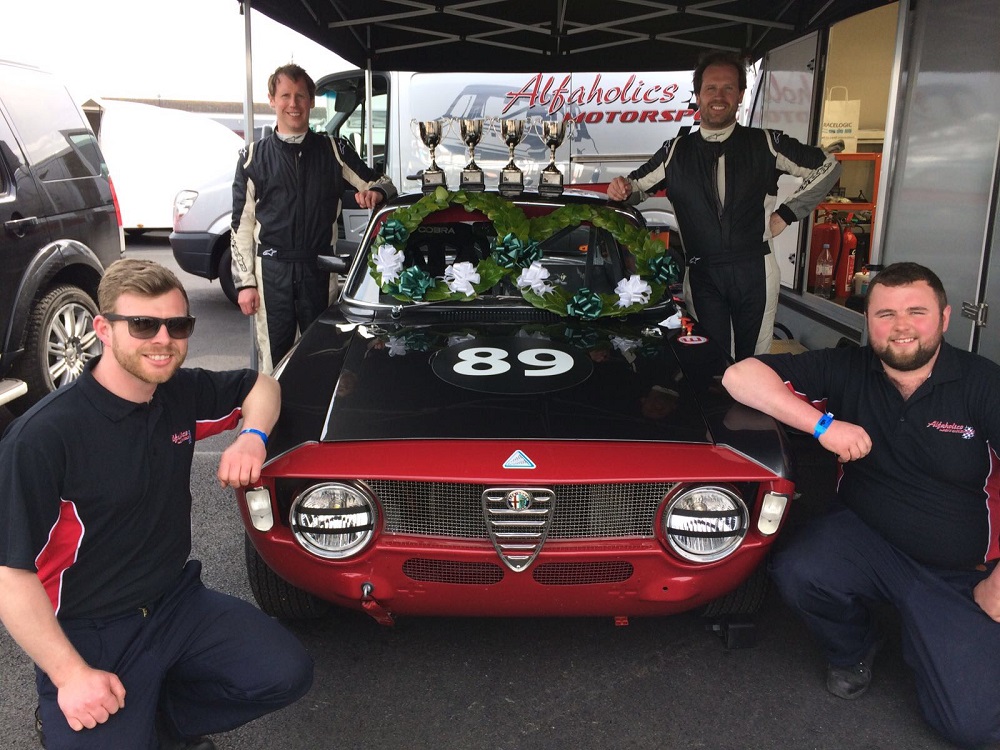 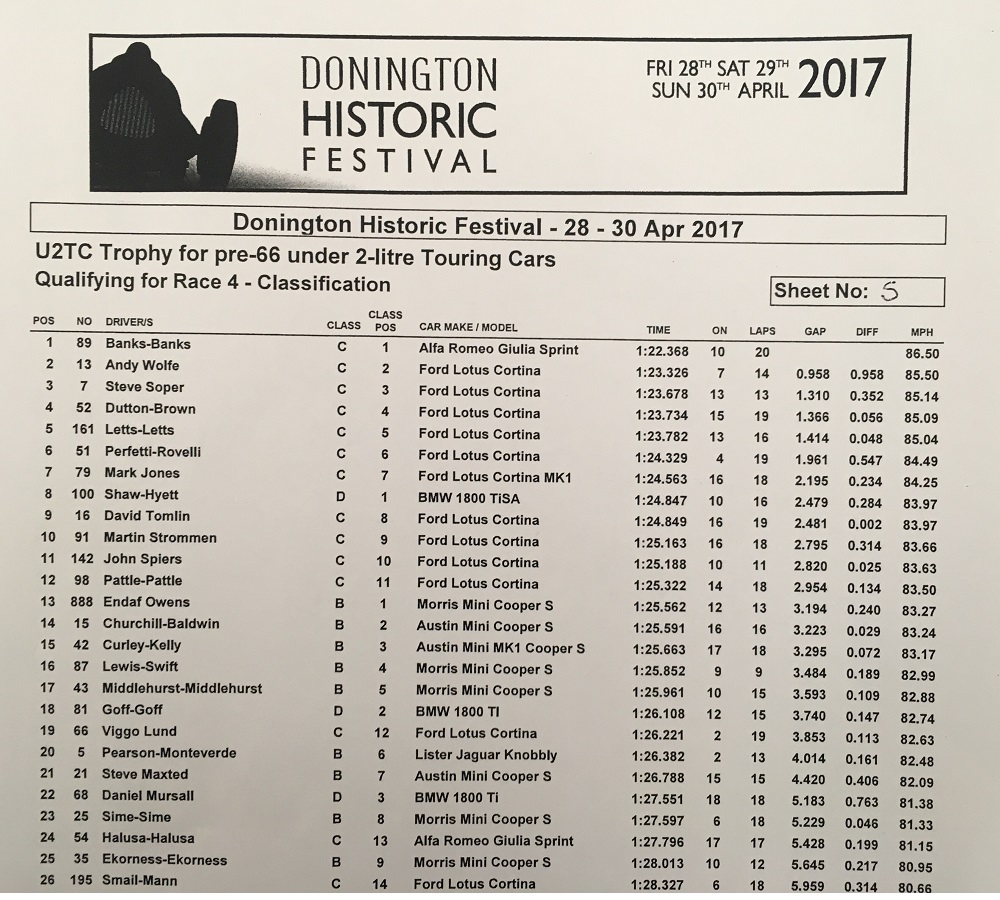 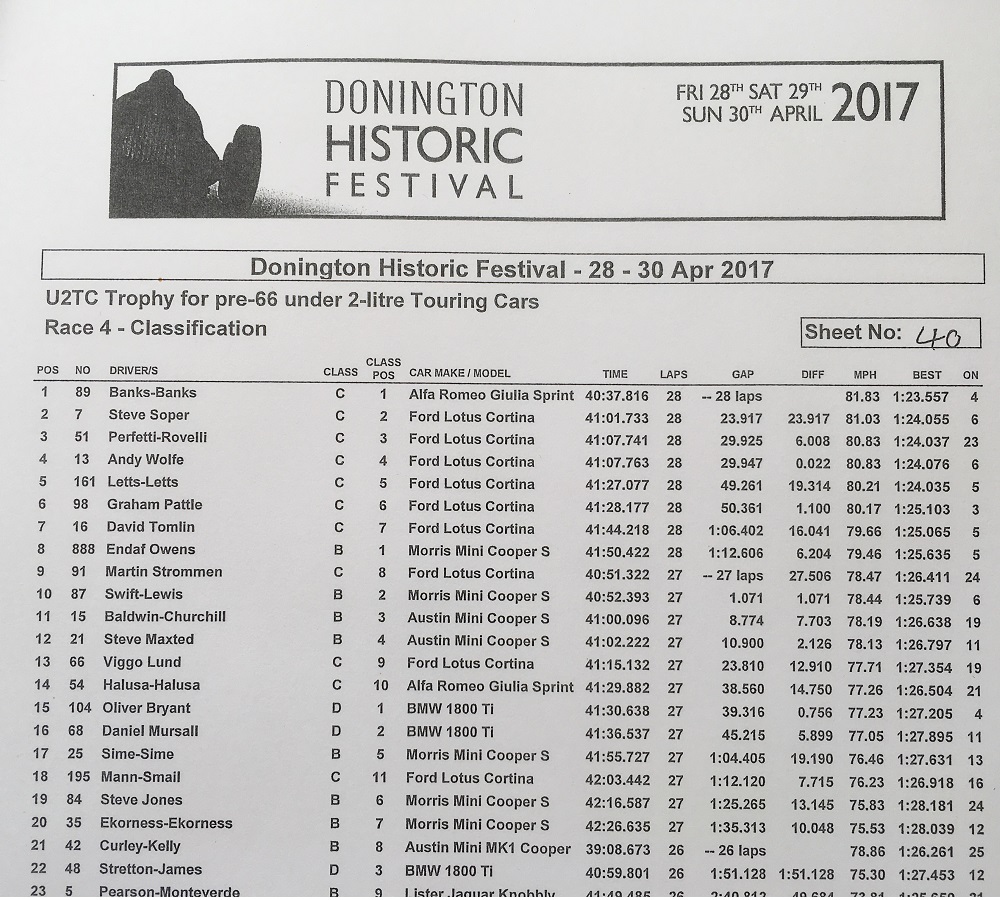