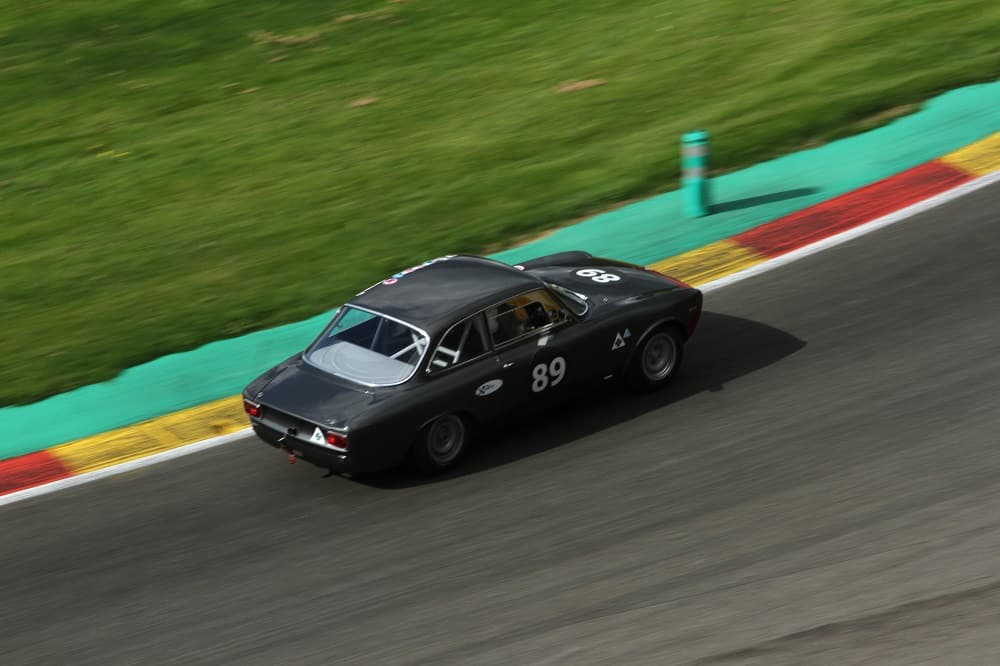 Having won with the GTA at Spa in 2017 and with the McLaren M6B proving to be super-competitive in the Masters Historic Sports Car Championship, we went to Spa hopeful of victory with both cars. After free practice on Thursday everything looked good and, come qualifying on Friday, things only got better. Andrew went out first in our GTA and immediately went quickest with Olivier Hart closely matching our times in his 1600 GTA, fresh from his win at the Goodwood Revival. With a tenth in hand, Max went out to finish qualifying and squeezed 0.03s more out of the car to secure pole for the Alfaholics GTA.  Surprisingly, the closest Cortina was 3rd and somewhat behind on pace! There hasn’t been a GTA front row lockout in U2TC for a very long time, so it was great to finally see the GTAs getting the upper hand over the Cortinas! Immediately after U2TC qualifying, we were out in the McLaren and yet again Andrew took pole with a time that clearly wasn’t going to be challenged for the remainder of the session. Both cars on pole for their respective races – we were thrilled!

The U2TC race was scheduled for the following day and we knew it would be a tight fought battle with the GTA of Olivier Hart. Andrew managed to get a great start and took the lead, with Olivier in hot pursuit. Lap after lap, the two GTAs crossed the line with Andrew just extending his advantage by 0.05-0.1s per lap. The GTAs were in a class of their own, dropping the pursuing Cortinas by several seconds every lap. Just before the pitstops, Olivier started to close the gap and then followed Andrew into the pits on the same lap.  Max got away cleanly, retaining the lead, with the other GTA right behind. Then, just a couple of laps later as Max was settling into his stint, a sudden axle tube failure brought our car to a halt on the exit of Stavelot – what a disappointment! No sooner had we retired, Olivier was given a drive-through penalty for “exceeding track limits to gain an advantage”. Such hard luck – without the mechanical failure it would have been an easy victory!

The Historic Sports Car race on Sunday was a more straightforward matter. Andrew got away well from the start and dominated the first half of the race, building a 32 second lead over the first 12 laps – some of the biggest gains coming as the field began to lap traffic! Watching our progress on the timing screens, Max’s job for the second half of the race appeared a simple one – keep lapping just a bit quicker than our closest competitors without taking any more out of the car than necessary. All was going to plan until the safety car was deployed with 15 minutes to go, which eroded our lead and put the pack back on the McLaren’s tailpipes! The safety car lights finally went out with just 3 minutes on the clock, so the restart would see a one lap dash to the flag.  Now was the time to execute the perfect restart to try to break away and avoid pressure from other cars in the last few corners. Having backed up the pack nicely before Blanchimont, Max opened up the taps and got a jump on second place as they headed down the start/finish straight.  A quick lap saw the McLaren cross the finish line 7 seconds clear to take our first Historic Sports Car win – a brilliant end to the weekend! 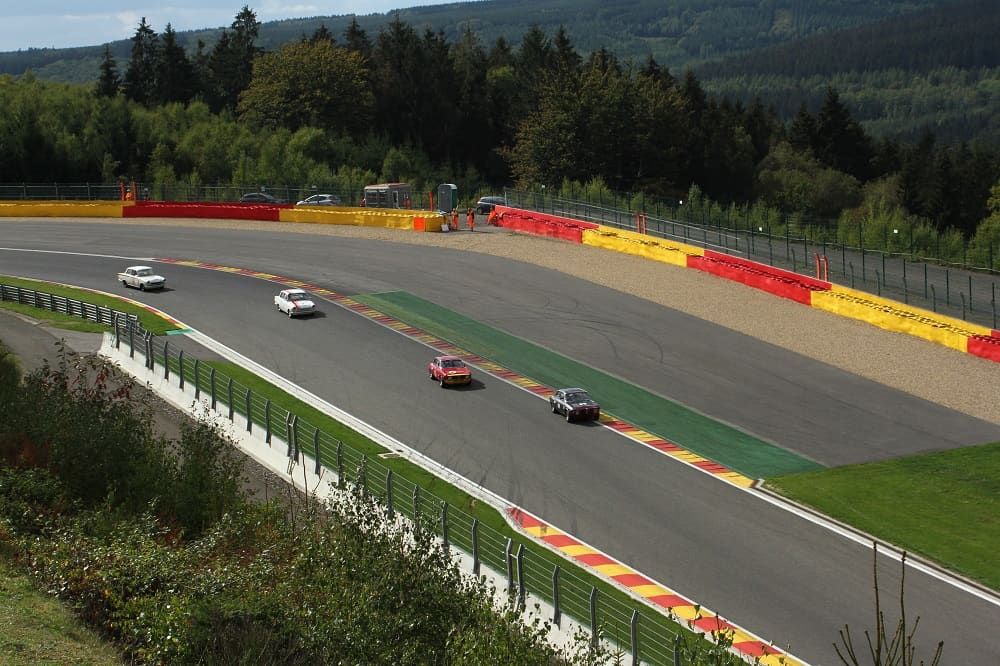 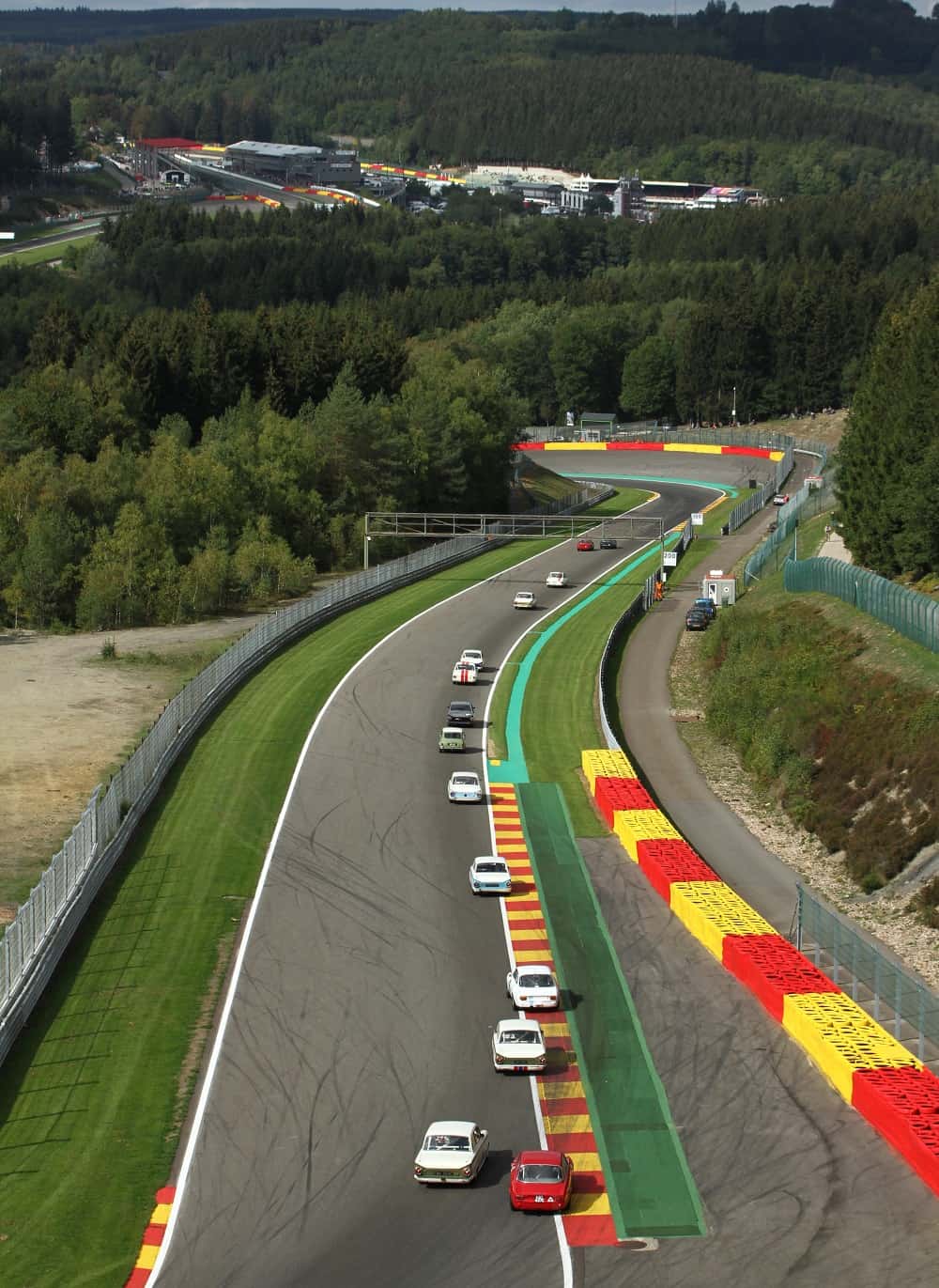 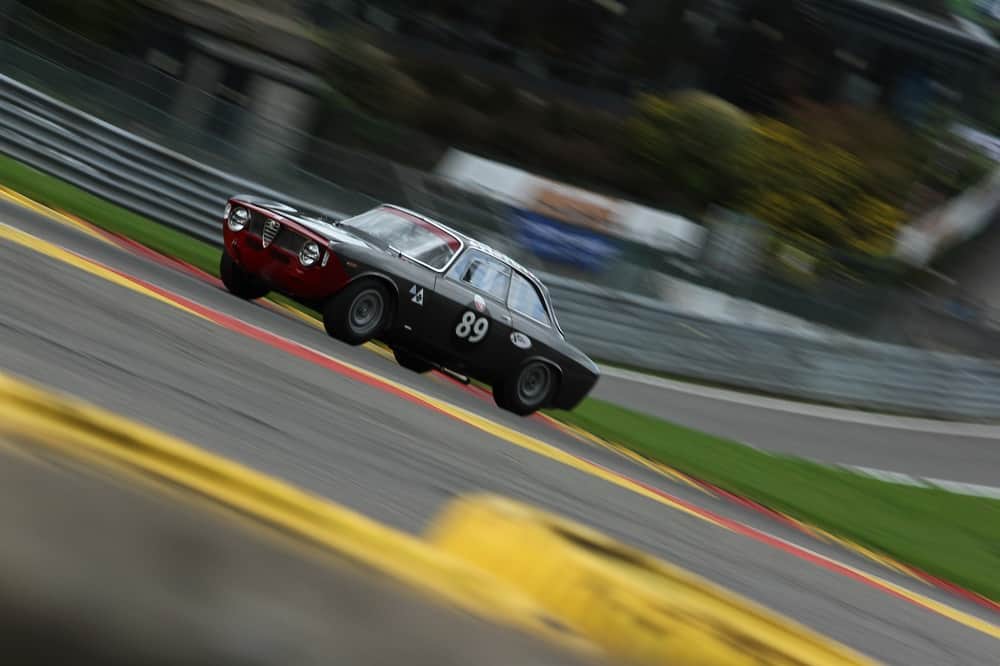 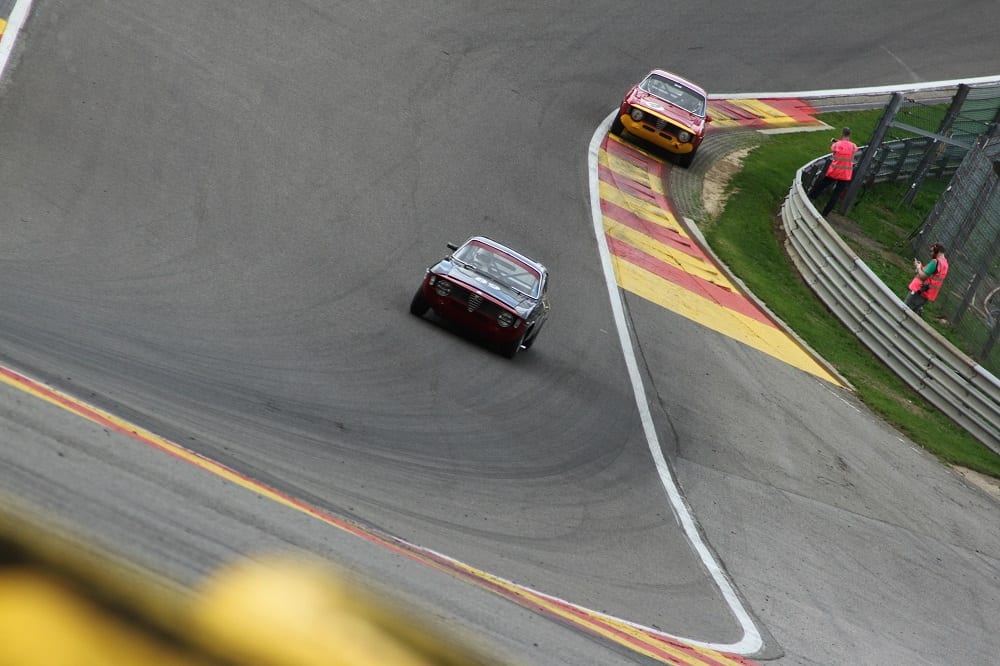 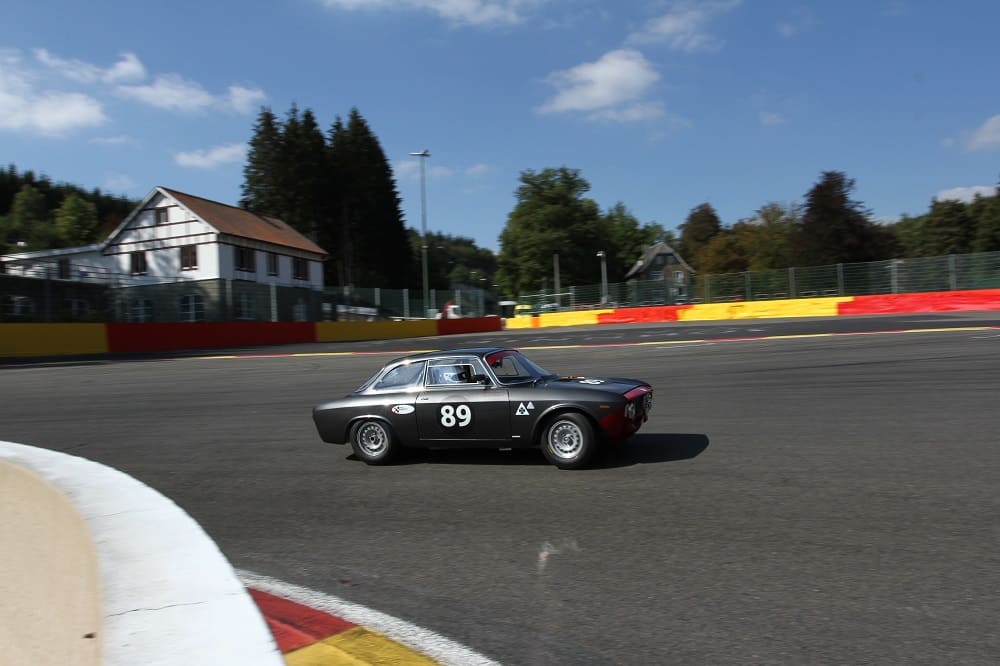 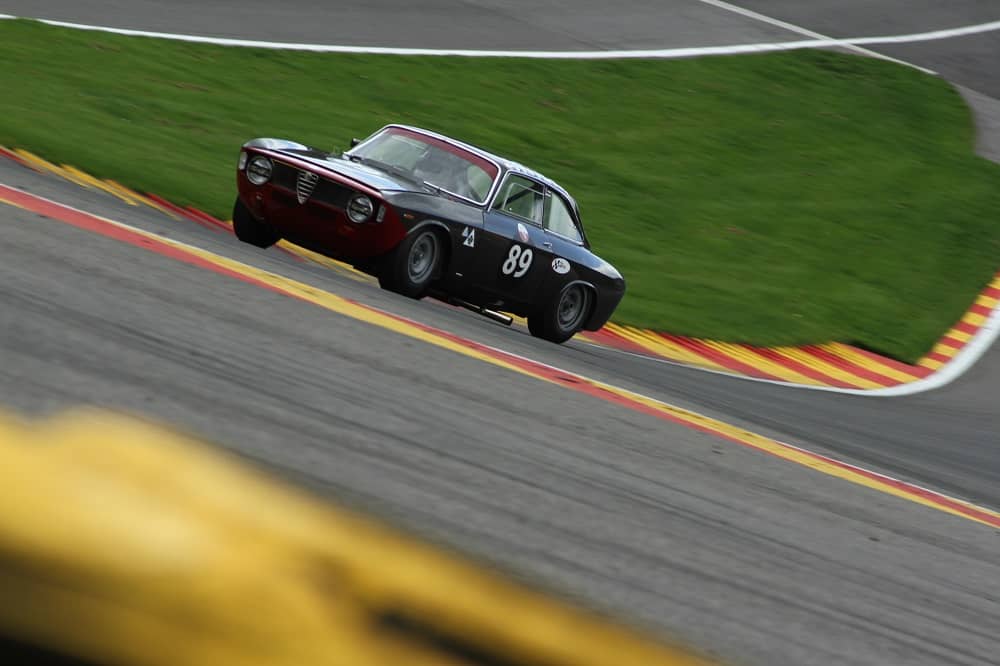 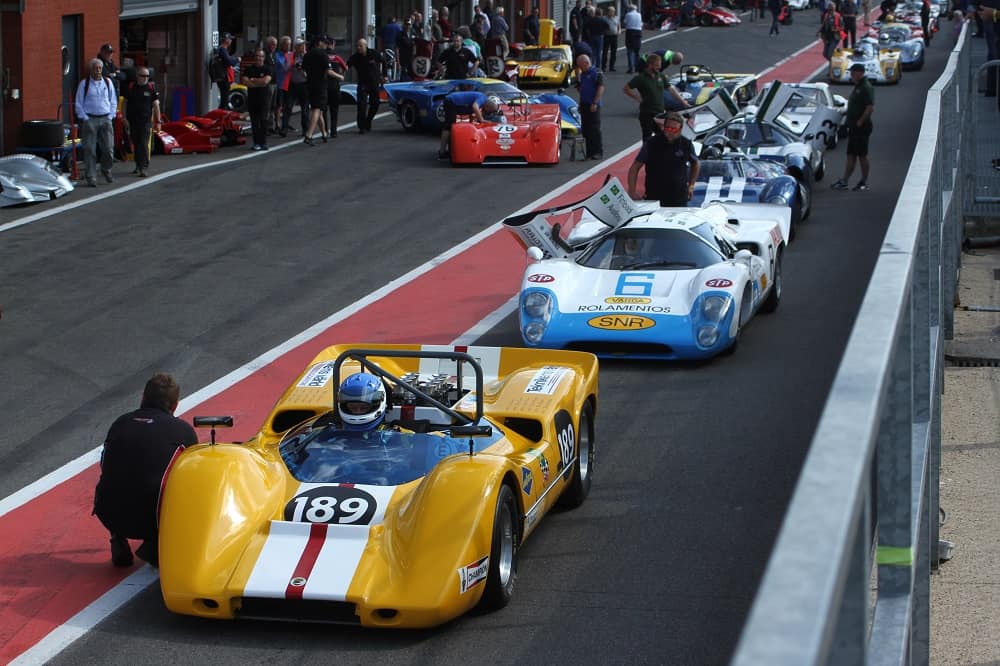 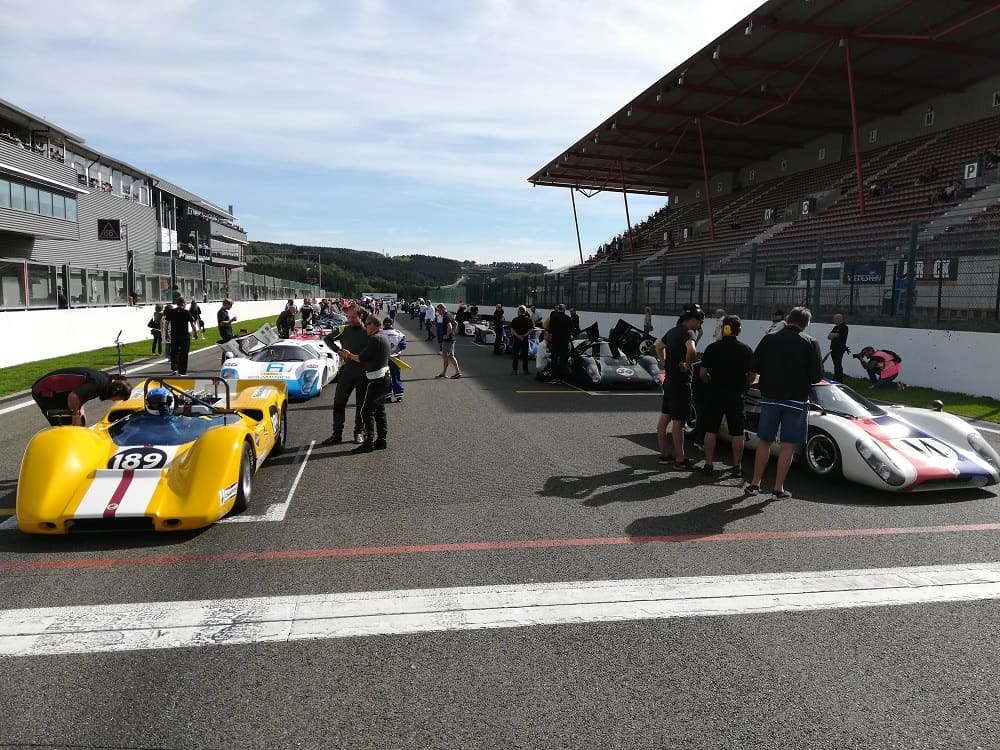 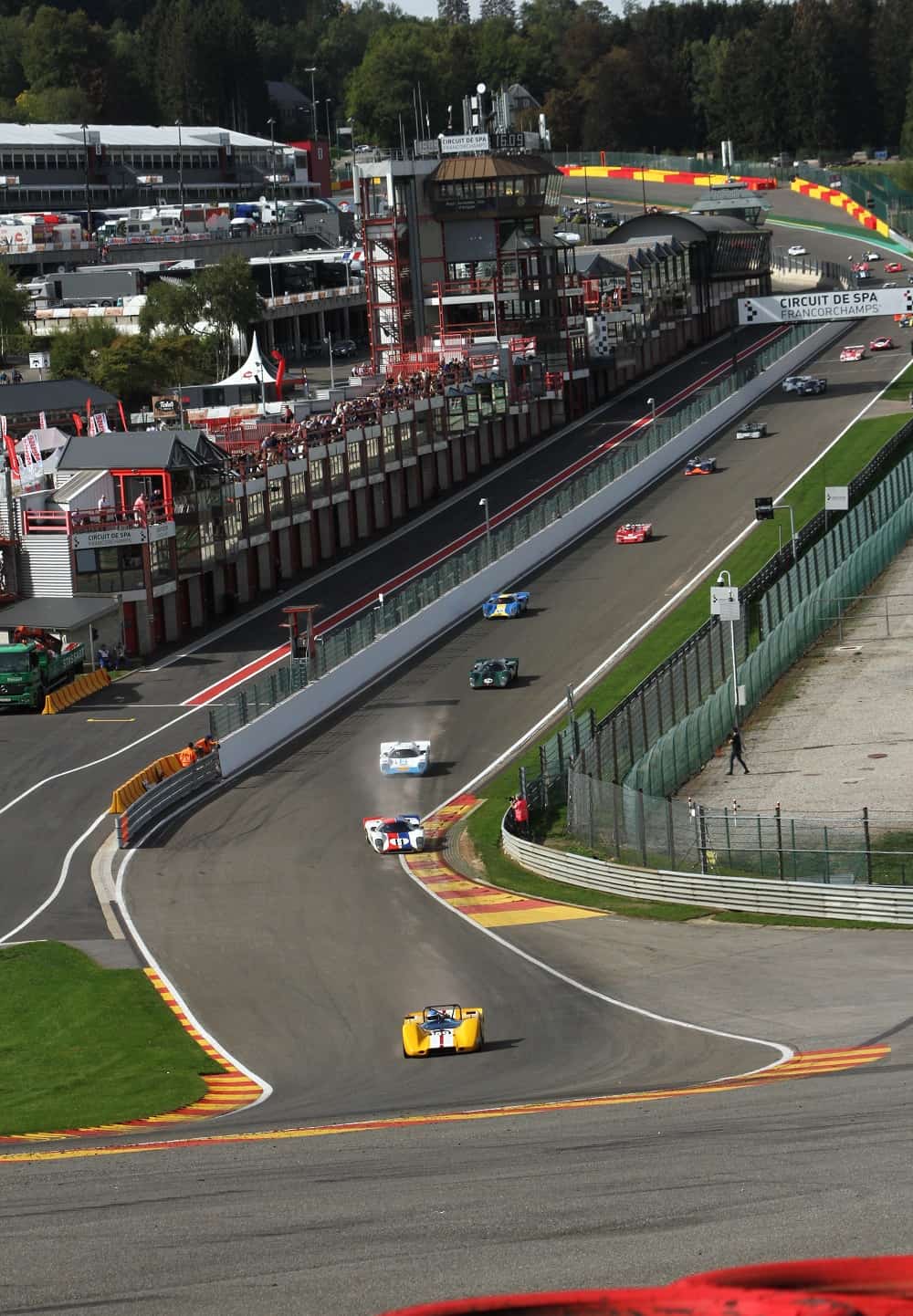 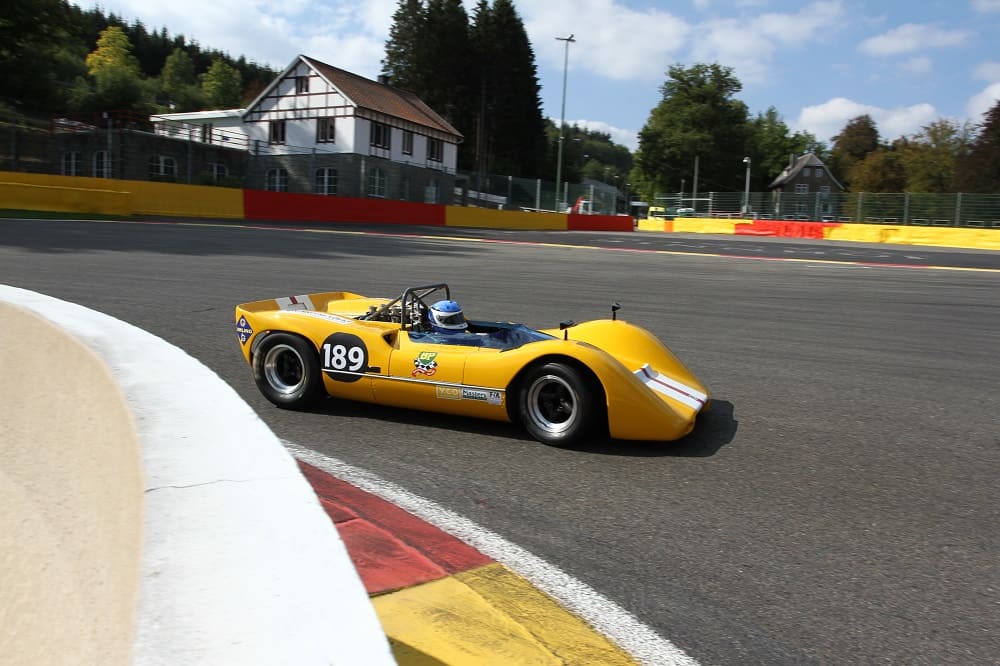 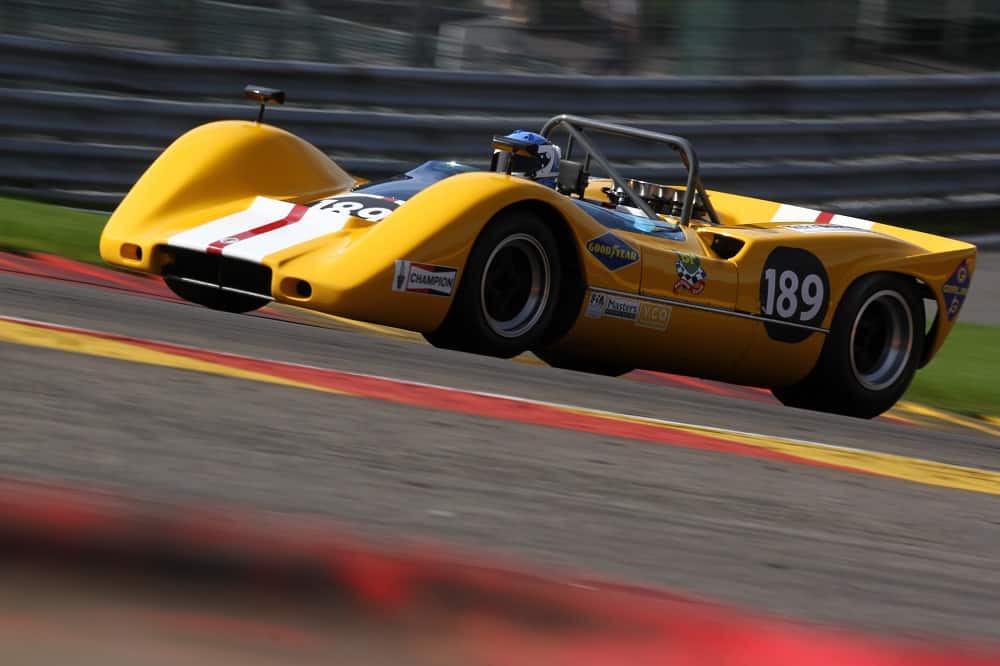 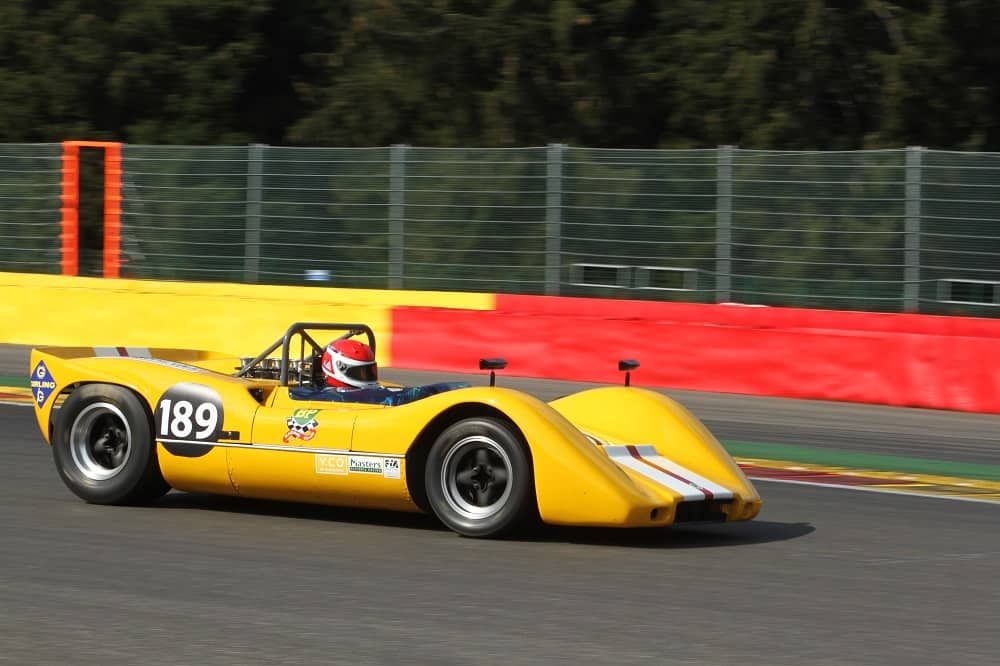 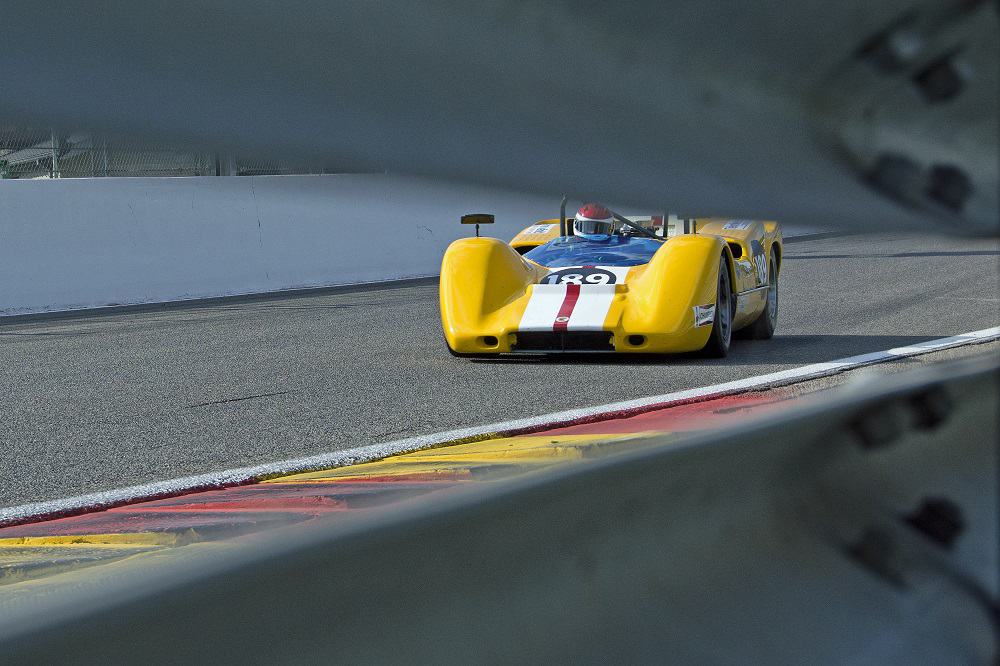 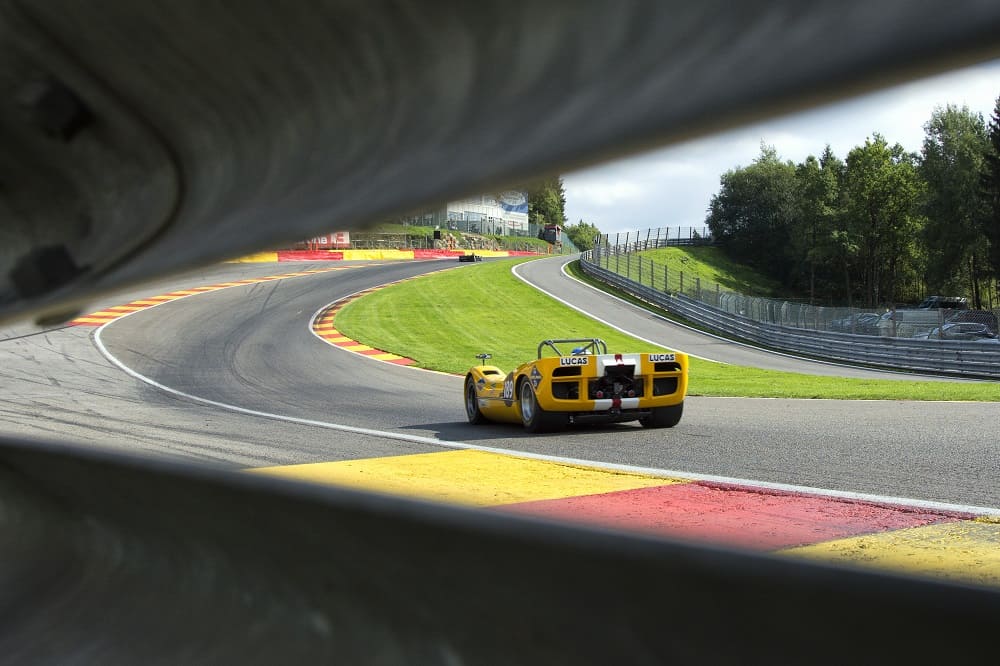