To start our 2013 race season, we entered the opening round of the super competitive European U2TC series at the Donington Historic Festival.  As usual, it was a full grid made up mostly of Lotus Cortinas, a couple of BMW 1800s and a few GTAs – no doubt it would be a race for Alfaholics to battle the GTA’s lifelong arch enemy, the Cortina!

As expected, qualifying was very close and we managed to set a good time which placed us 4th on the grid for the race. Andrew started the race as usual, getting an excellent run from the line amongst a sea of Cortinas but unfortunately getting boxed in behind ex-F1 star Jackie Oliver’s BMW 1800 Tisa. This allowed a Cortina to slip past round Redgate. As the race settled down, Andrew ran 3rd-4th having a huge battle with 2 very quick Cortinas for most of his 30 minute stint. A slick driver change of 15 seconds got Max out of the pits and running 2nd overall with the Cortinas in hot pursuit. Another battle ensued with the 3rd placed Cortina for many laps until finally a mechanical hesitation from the Cortina gave Max the breathing space he needed to bring the Alfaholics GTA home a solid second overall, a full lap ahead of the next placed GTA. 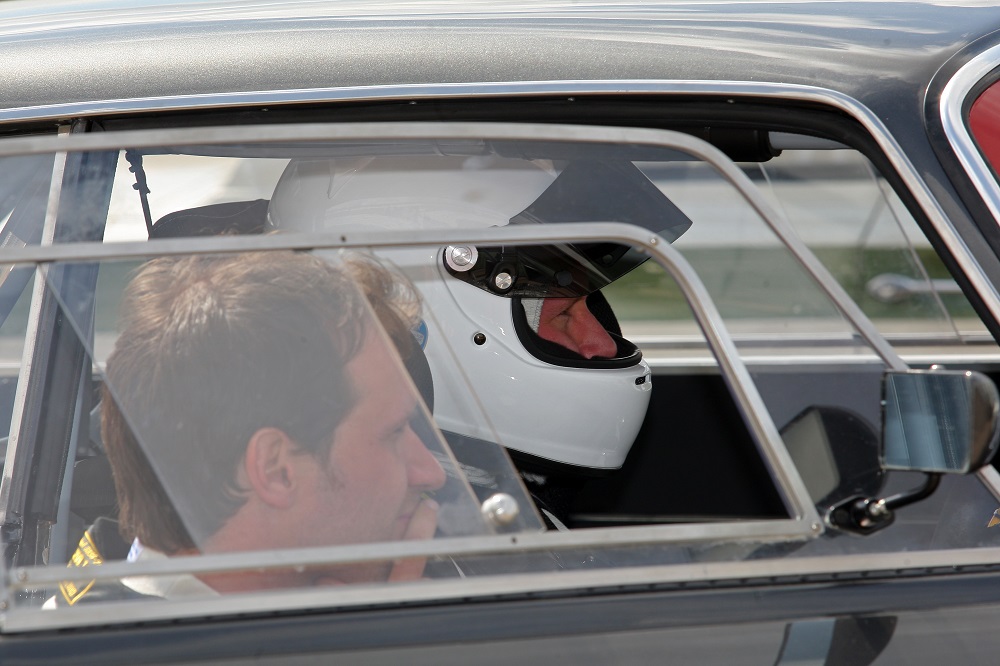 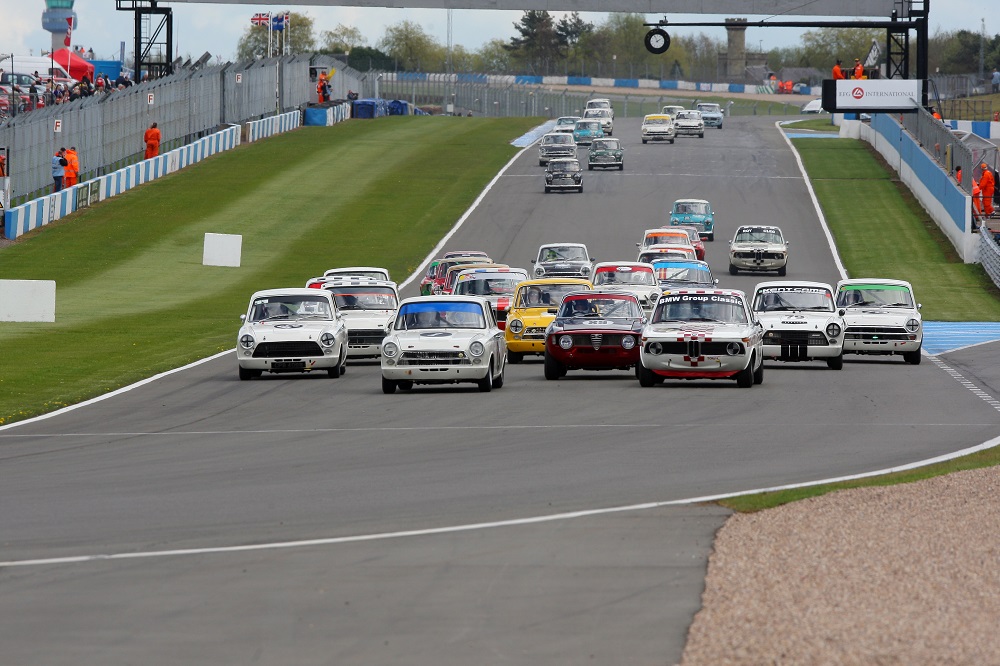 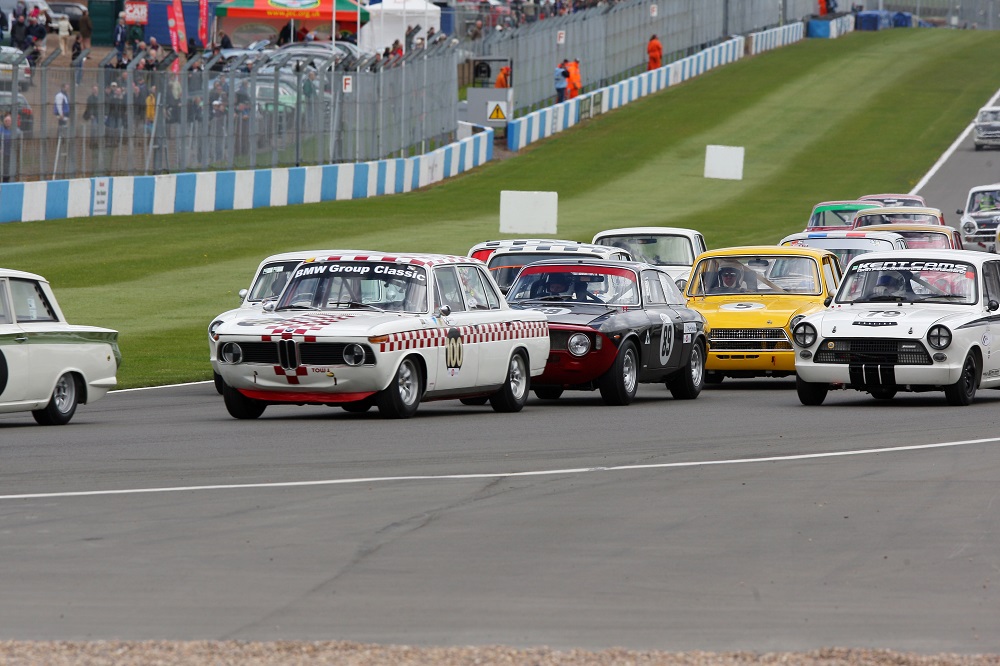 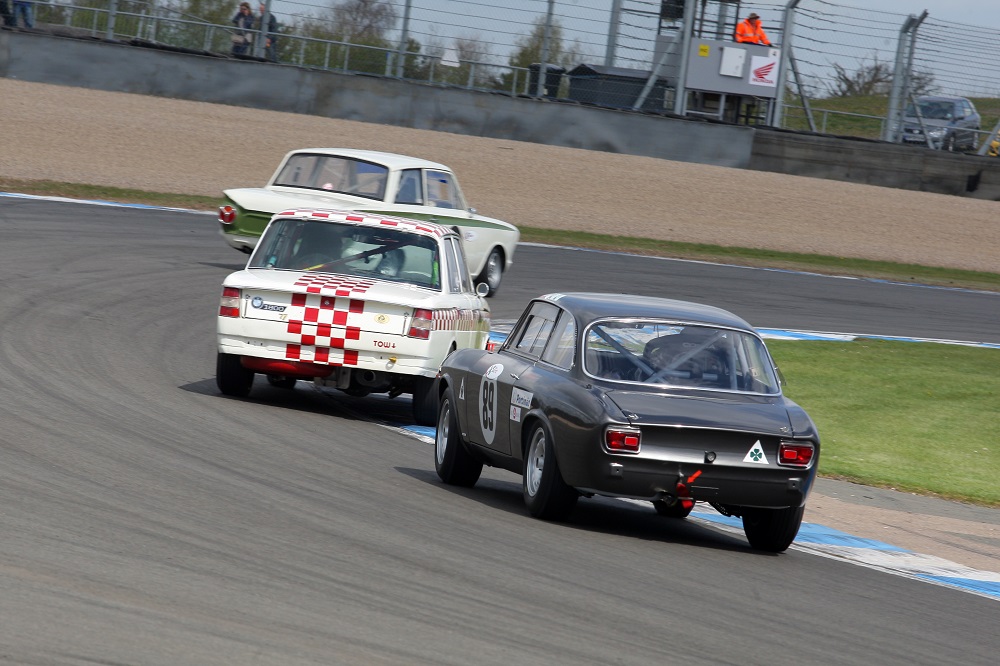 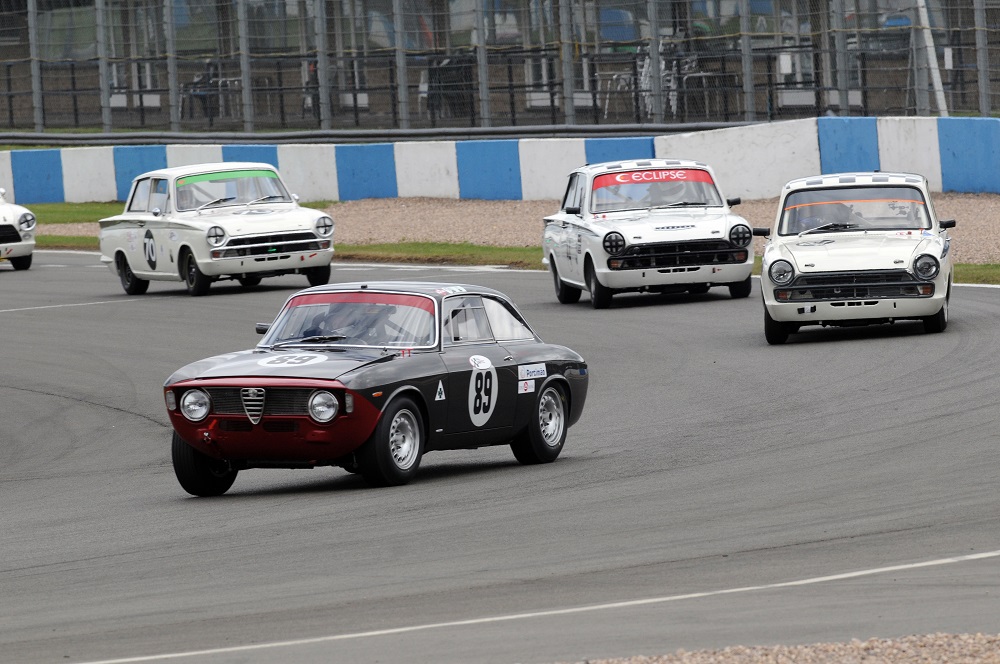 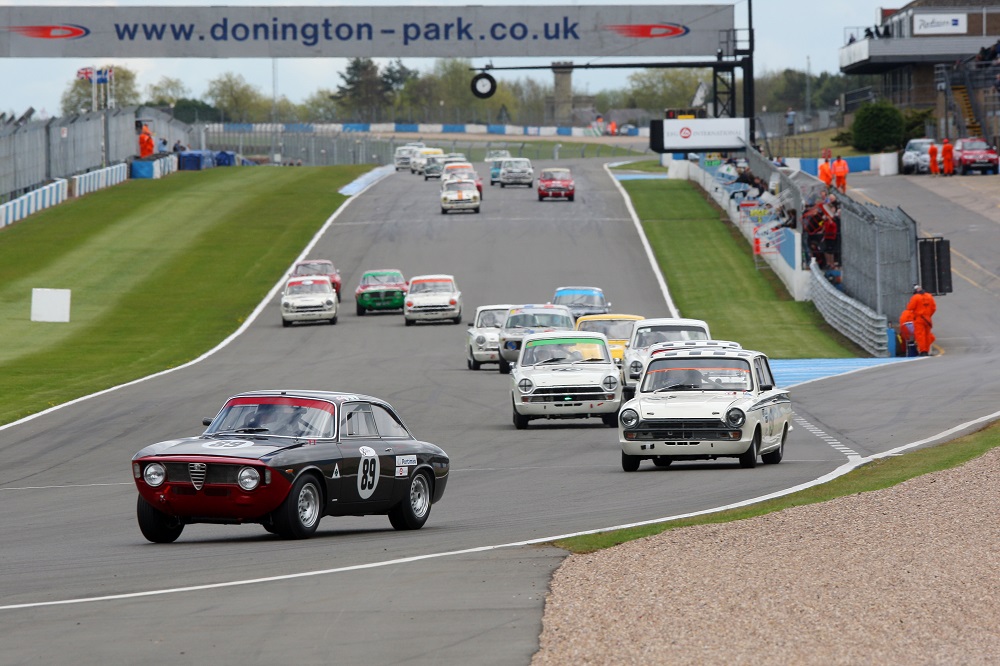 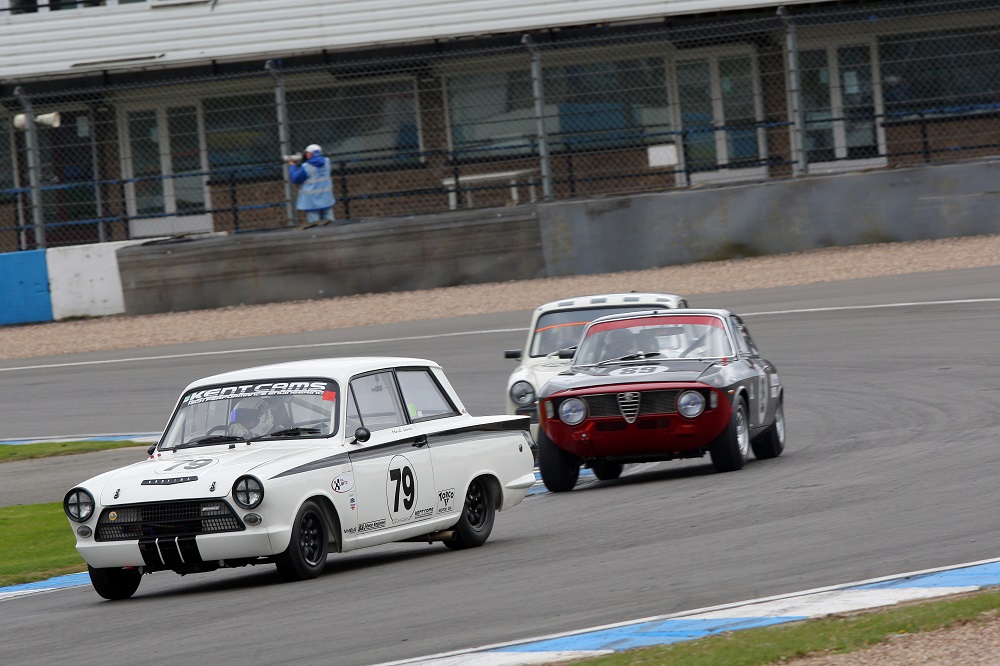 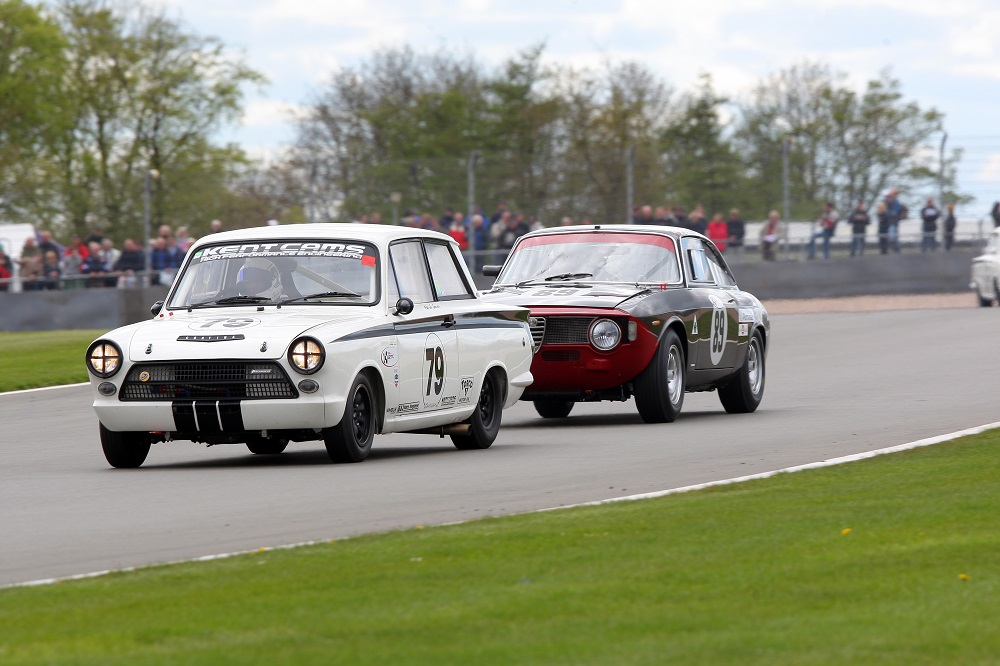 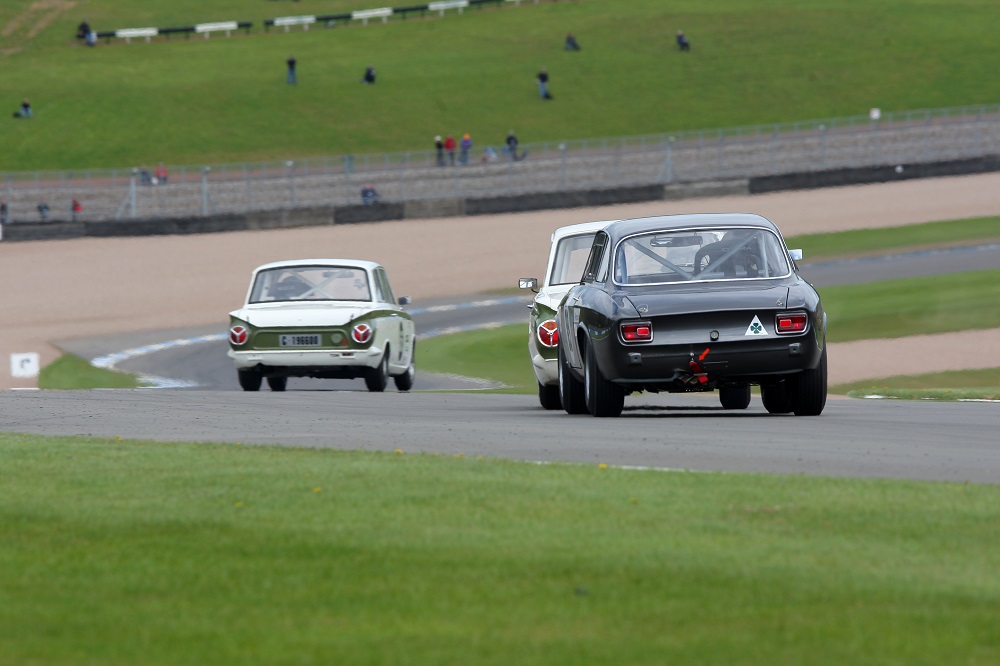