Alfaholics Finish on the Podium at Silverstone Classic 2018 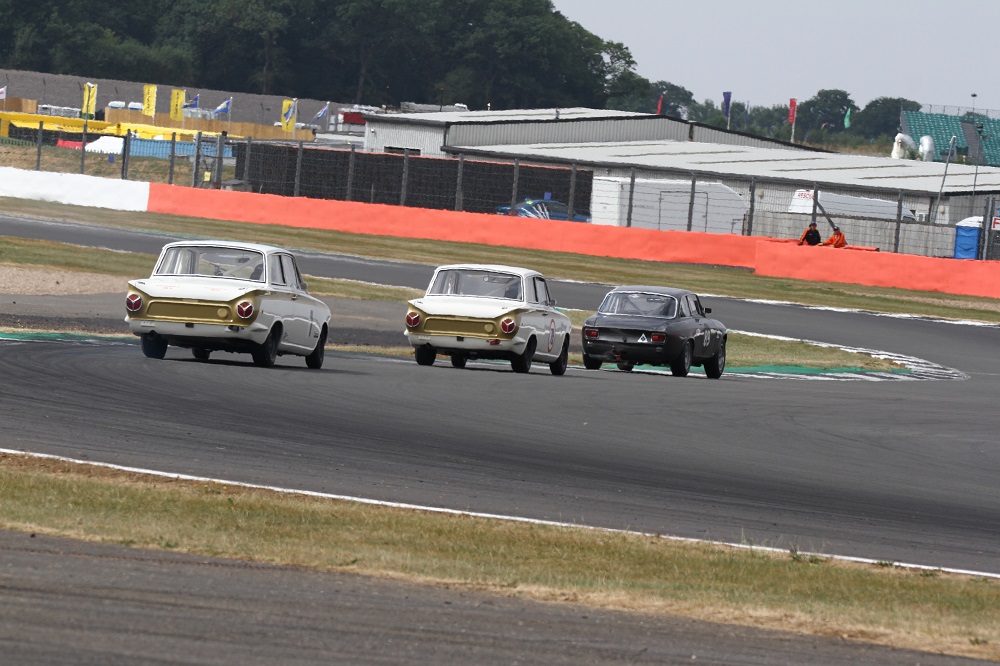 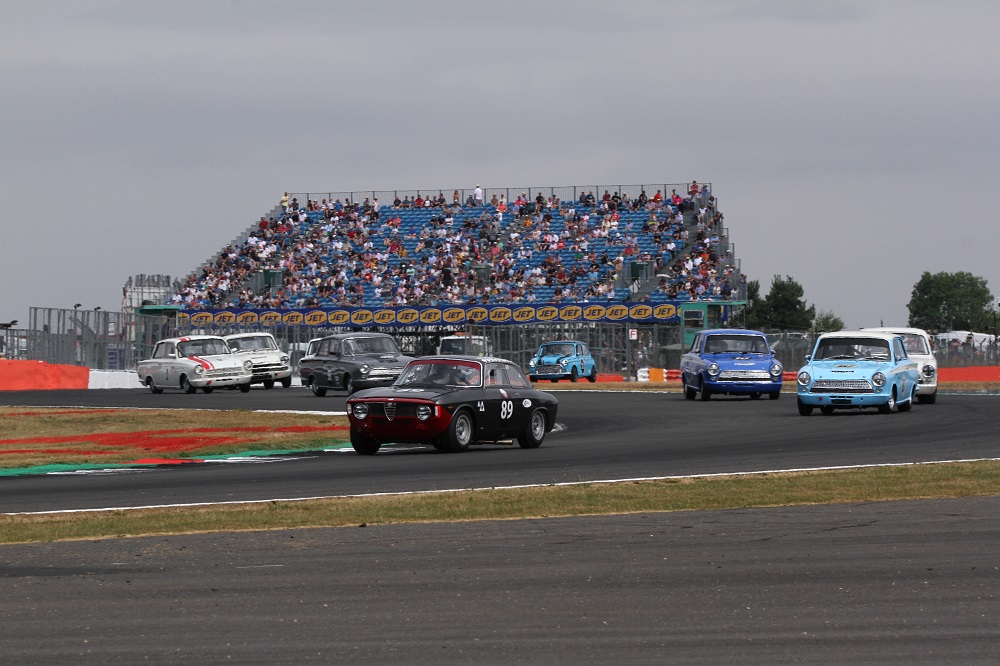 For our second race of the year, we headed to Silverstone for the world’s biggest historic race meeting. Knowing how fierce the U2TC competition always is at Silverstone, we scheduled a couple of test sessions prior to the event in order to do some more chassis setup work and try to eek out some extra speed from our GTA. We made good progress and felt confident that we would be competitive against the quickest Cortinas come the race weekend. News filtered through shortly before the event that ex- World Touring car champion Rob Huff would be sharing one of the front-running Cortinas. No doubt the job of winning just got a bit harder! In qualifying, we exited the pits at the front along with Rob Huff and immediately found a level of pace we hadn’t enjoyed at Silverstone before – the GTA clearly liking our new setup. Huff was going slightly quicker, but Andrew put in a superb lap to reduce the gap to just 0.3 seconds, only for Huff to open that gap out by a further 0.1 seconds by the end of his stint. Both of us had quite a gap to Steve Soper, who ended the session just over a second down. Steve later admitted he was struggling a little with his Cortina’s setup, but nonetheless it showed the progress we had made since Donington. Lining up for the race side-by-side with world touring car champion Rob Huff and touring car legend Steve Soper behind, was a clear sign of the quality of U2TC, widely regarded as the most competitive historic race series in Europe. Off the start, Huff got away blindingly quickly, with Andrew and Steve tussling it out for 2nd place, until Andrew finally broke clear. Unfortunately the battle had allowed Huff to escape up the road and build enough of a lead to make any hopes of challenging him all but impossible. On the pit wall, it was conceivable that Huff might have taken too much out of the tyres on the Cortina and it might make Andy Wolfe an easier target in the second half of the race. With a slick driver change, Max set about catching Wolfe and a few quick laps brought the gap down slightly, but it soon became clear that the gap was still too great so we settled for preserving the car and maintaining a solid second place.

Silverstone was also the first race of the year for our McLaren M6B. In qualifying we blitzed the field, posting a pole time nearly 3 seconds a lap faster than the nearest competitor at the time. By the end of the session that margin had reduced, but we still enjoyed a margin of 1.1 seconds over second place. Come the race, Andrew got away at the front and built a lead of 8 seconds before handing over to Max who extended it further to 12 seconds, before the Hewland gearbox jammed in 3rd gear with just a few laps to go before the chequered flag. Bitterly disappointing, but it was evidence that we had made good progress getting to grips with the beast and ensuring its competitiveness in the FIA Historic Sports Car Championship. 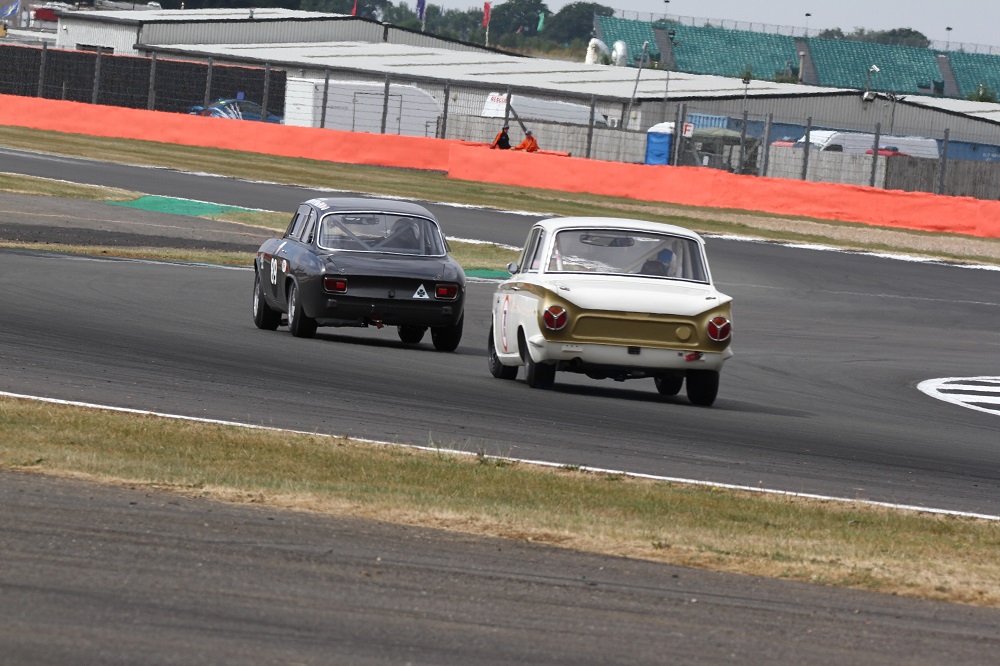 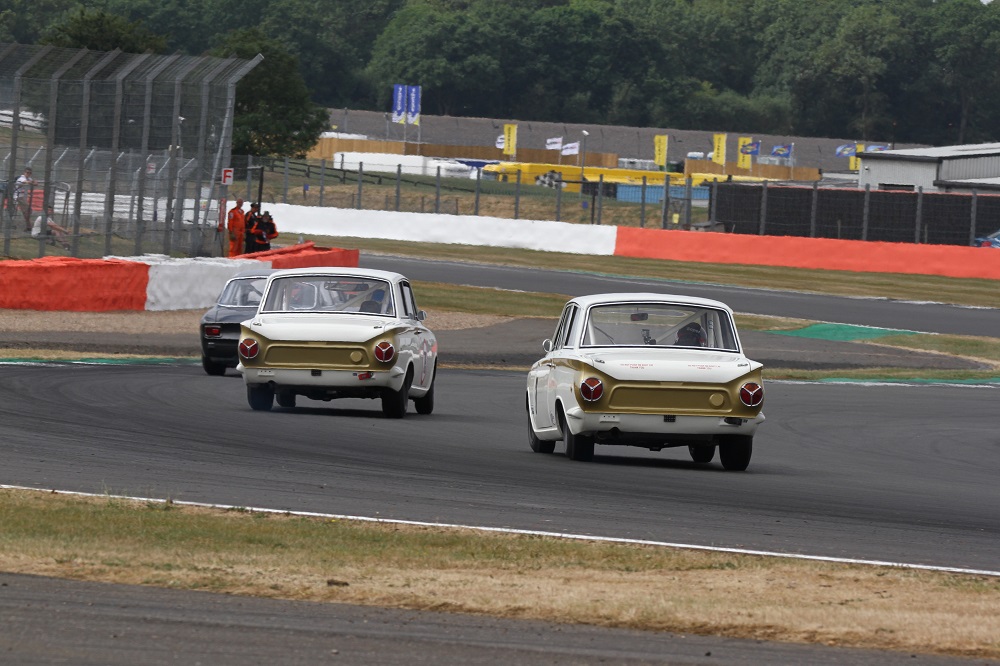 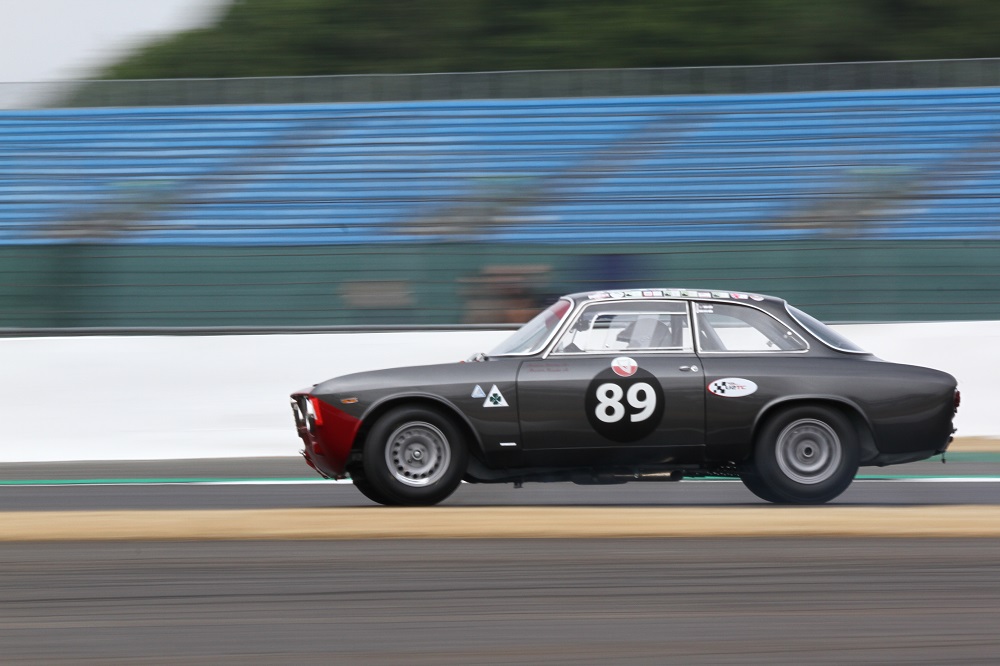 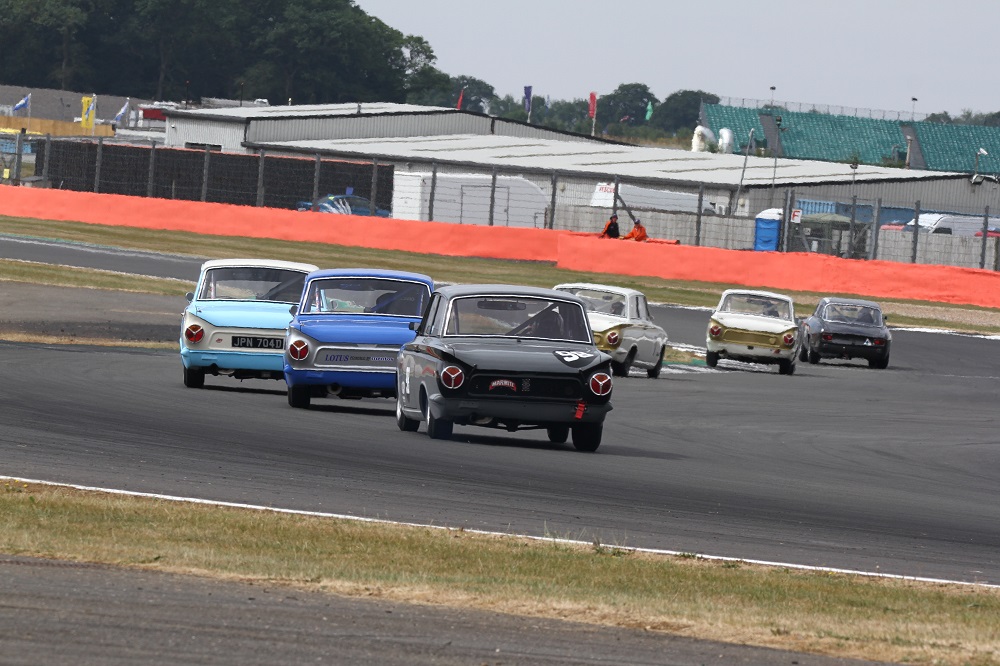 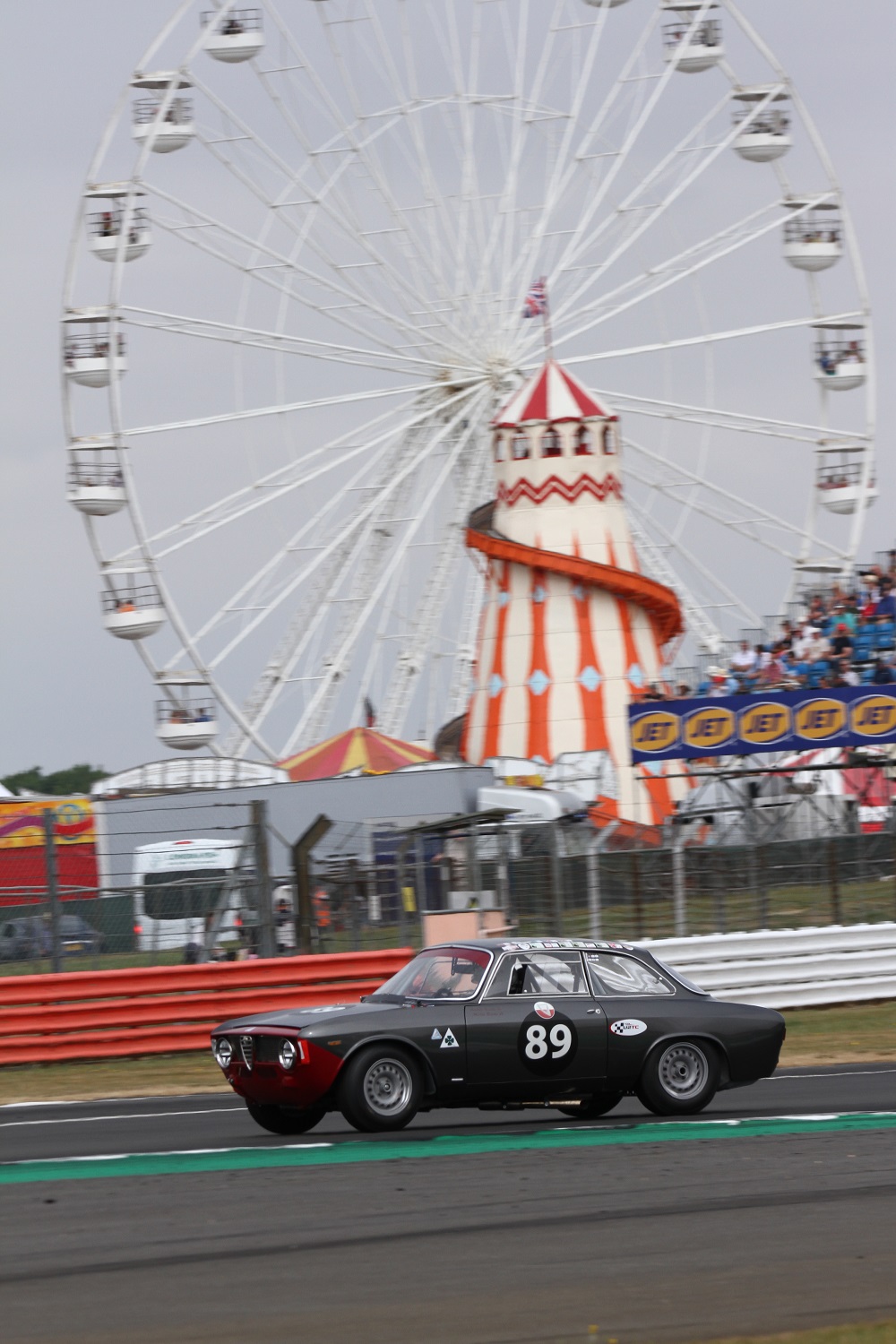 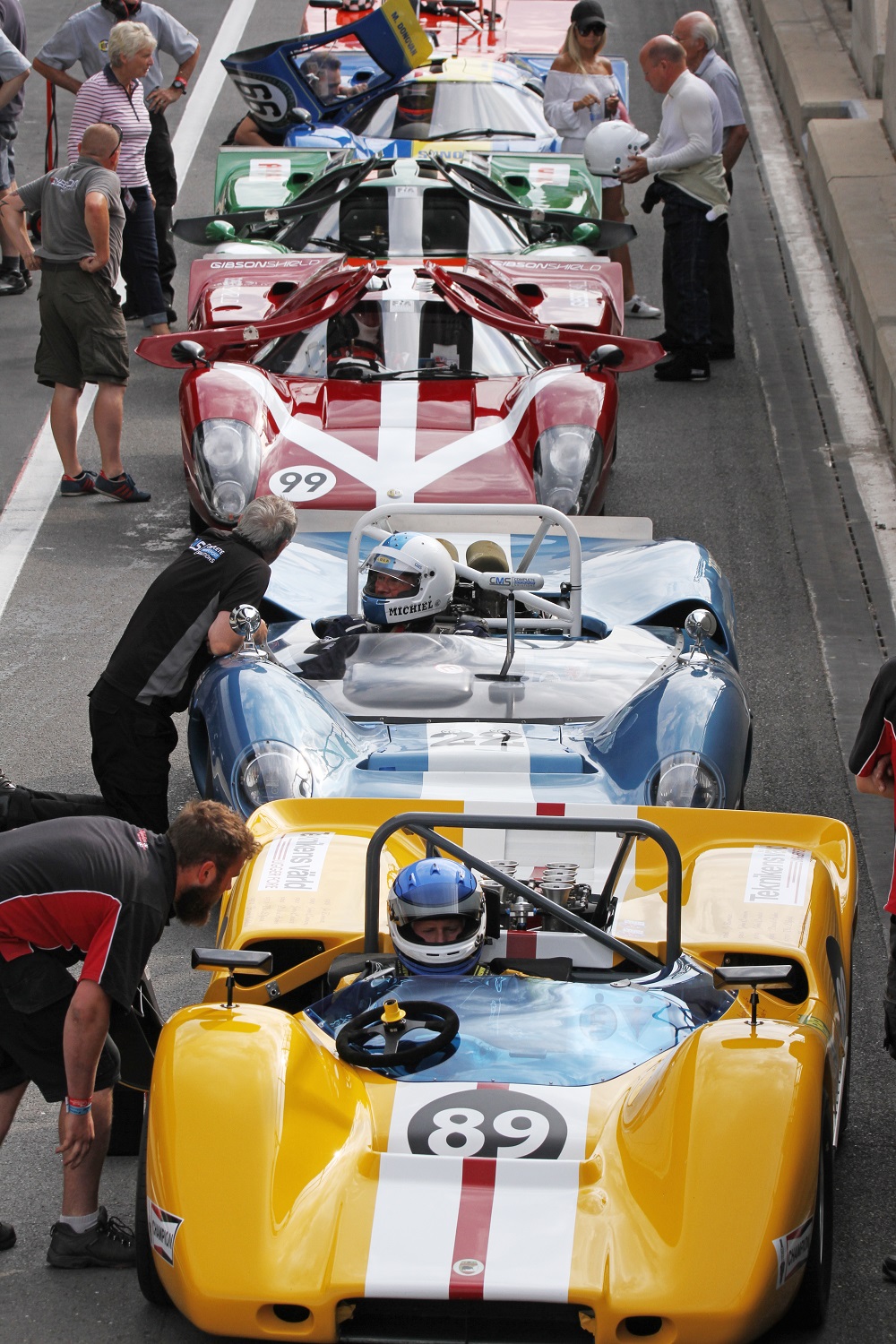 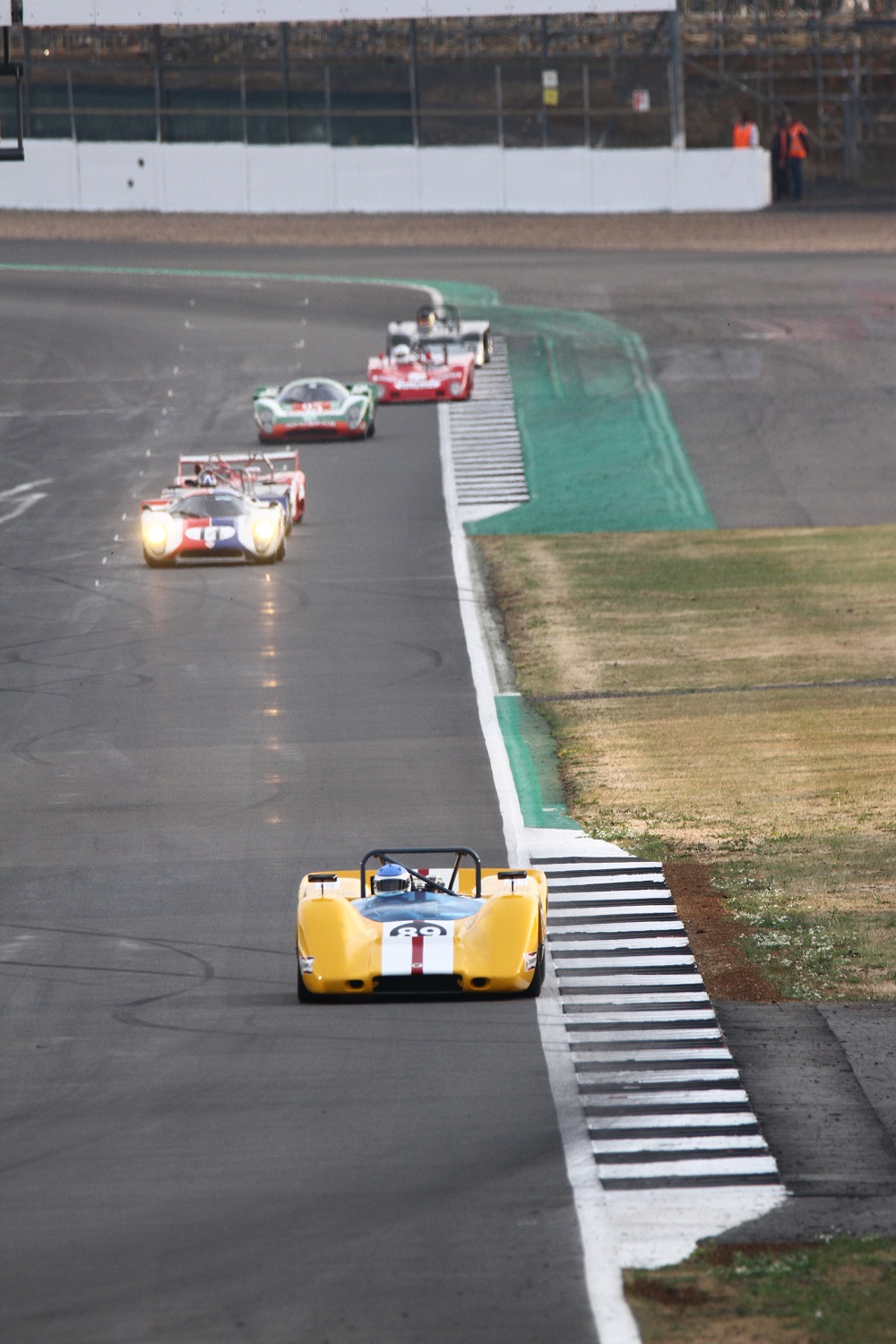 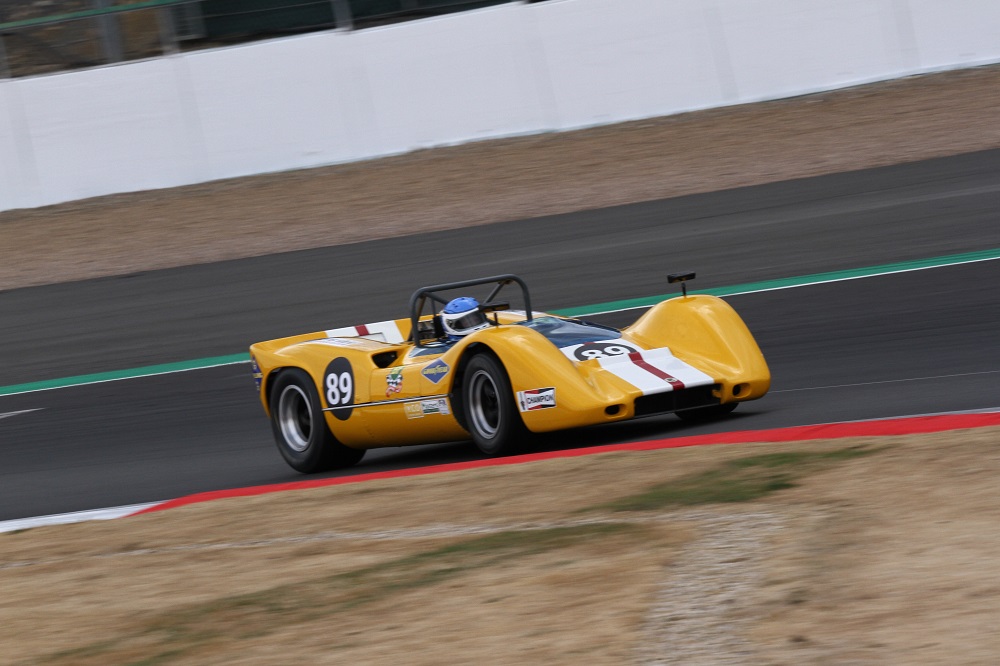 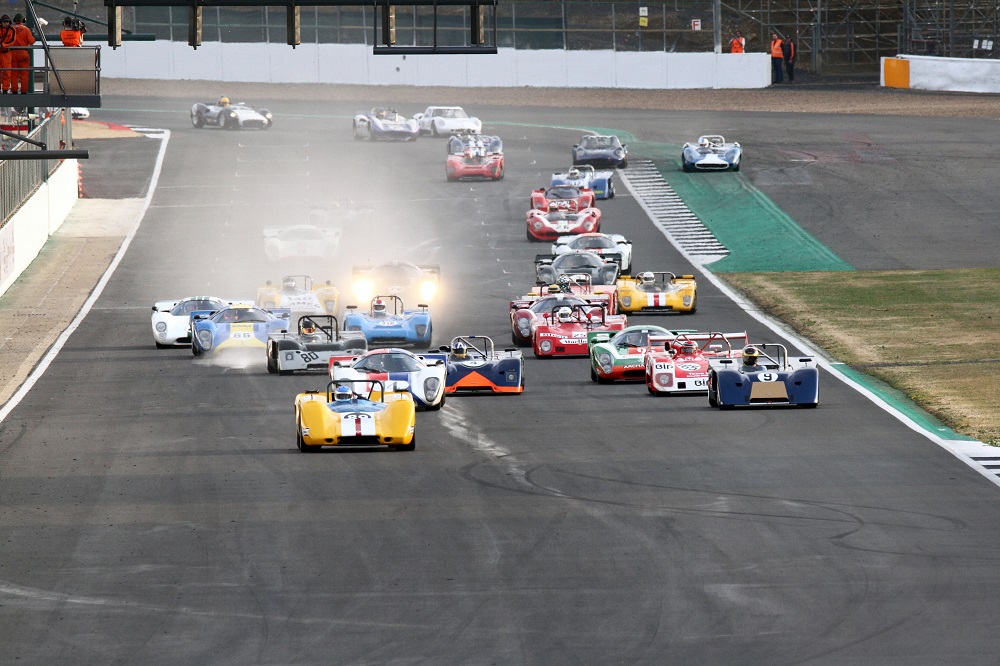 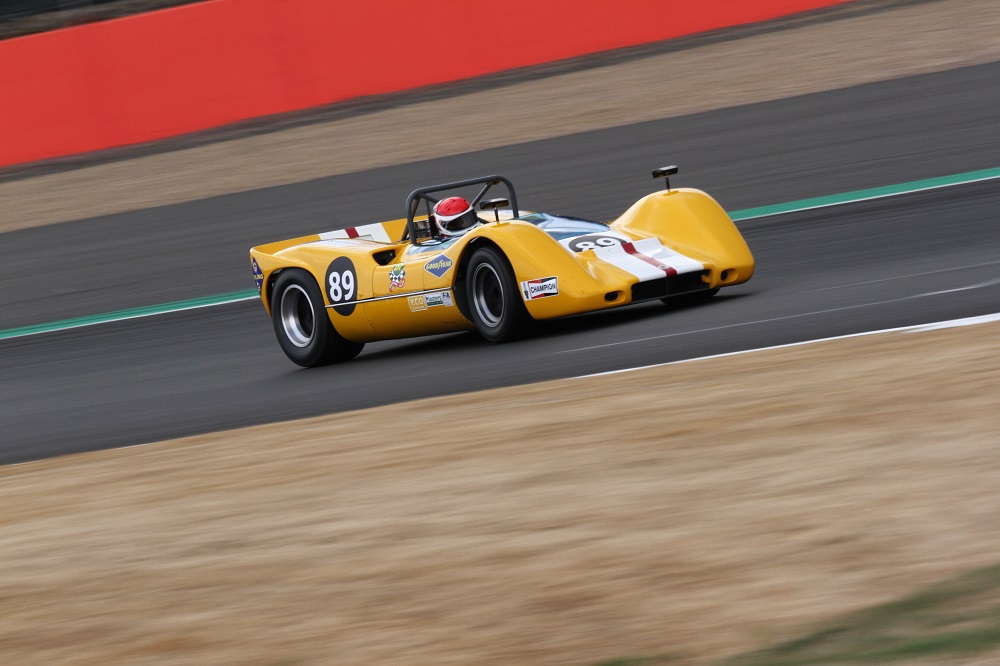 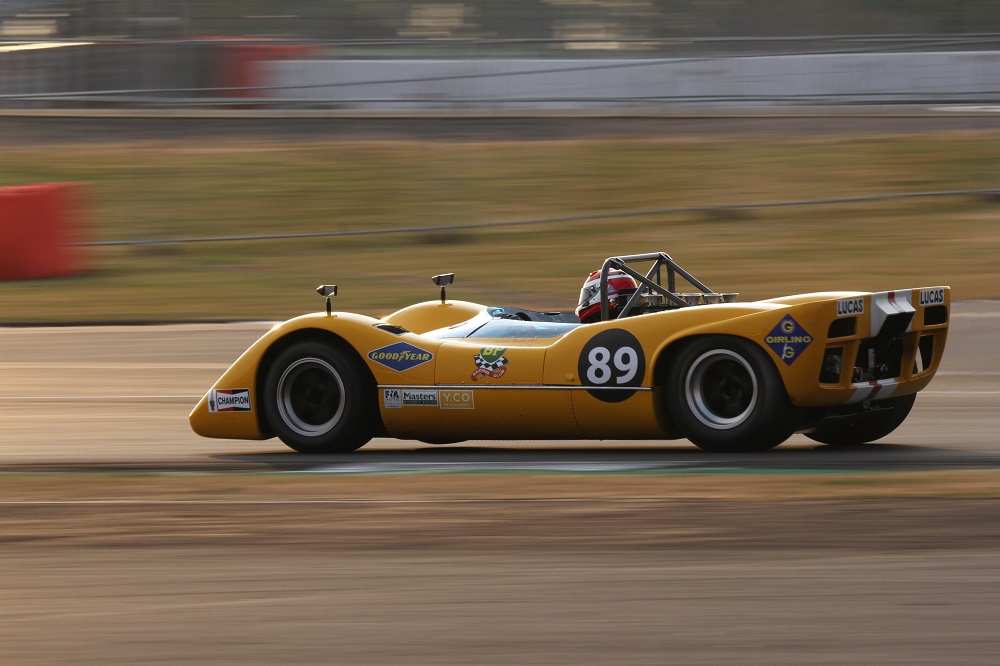