Alfaholics Finish On The U2TC Podium At Silverstone Classic 2012! 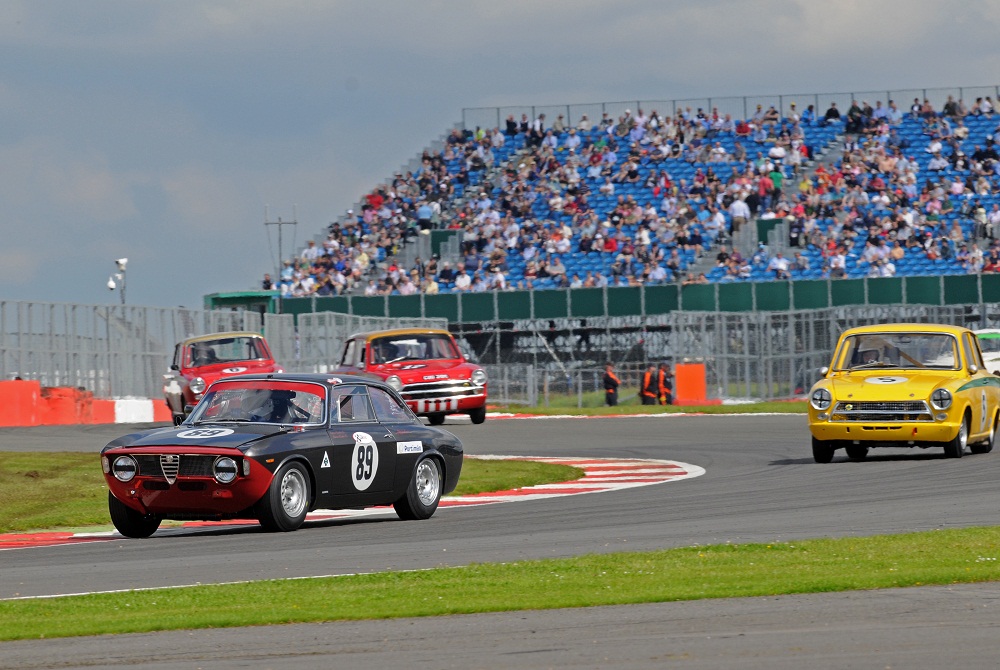 With life so busy at Alfaholics, we have struggled to find the time to get our race GTA out in 2012.  Our first outing of the year would be at the Silverstone Classic meeting in the U2TC race.  What initially seemed like plenty of time to get the car ready, turned into last minute preparations and no chance to test the car beforehand either!

We had made a few upgrades to the car over the winter so we were keen to see how they might improve our pace.  On Friday, we managed to dodge the rain and had a dry qualifying session.  We found ourselves at the front of the 60 car queue for qualifying, which gave Andrew 3 clear laps before encountering traffic, during which he was the fastest car on track by over 1.5 seconds!  Andrew then came in to hand over to Max but unfortunately he would not get a clear lap in with so many cars on track.  By the end of the session we had been bumped down to 5th but it was very close – only 0.15 seconds covering 3rd to 6th.  We would line up on the grid next to the Alan Mann Cortina of Henry Mann and BTCC ace Matt Jackson – no doubt the race was going to be close!

Race day on Saturday was dry.  Andrew would start the race and hand over to Max at the halfway point. As the cars gathered in the assembly area, our GTA looked a bit lonely in a sea of Cortinas!  At the start, Andrew got the jump on the Cortina alongside on the grid and squeezed up to 4th on the first lap. His opening stint was tough – scrapping lap after lap with Cortinas, which allowed the 3 cars running in clear air to pull away at the front.  Then, just as the pit stop window was about to open, a Cortina rolled at Abbey, bringing out the Safety Car.  Andrew made a good judgement call and pitted as soon as the window opened.  After a very slick 14 second pit stop, Max was out and quickly back on the train behind the Safety Car. After a good restart, Max passed one Cortina quickly but ended up stuck behind another which was quick down the straights but slow in the corners.  This allowed the McInerney Cortina, the eventual winner, to catch up.  After some frantic position swapping, we were running a close 2nd to McInerney, with Matt Jackson and the Hadfield Cortina in hot pursuit.  On the last lap, a yellow flag at Copse meant that Max had to lift to avoid overtaking.  This gave Hadfield the opportunity to close the gap and sneak past down the Hangar Straight, pushing us into 3rd place.  Only 2 seconds covered the top three cars at the finish proving what a close race it was.  We were thrilled with a podium given how little running we had done with the car!  Our GTA had proved to be a superb package over a 1 hour race. 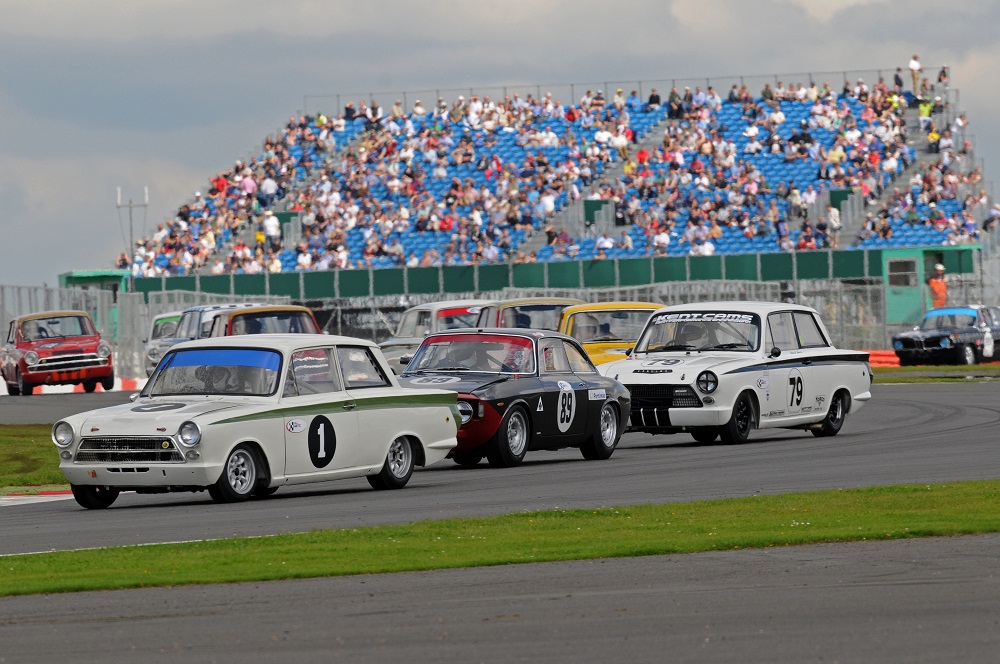 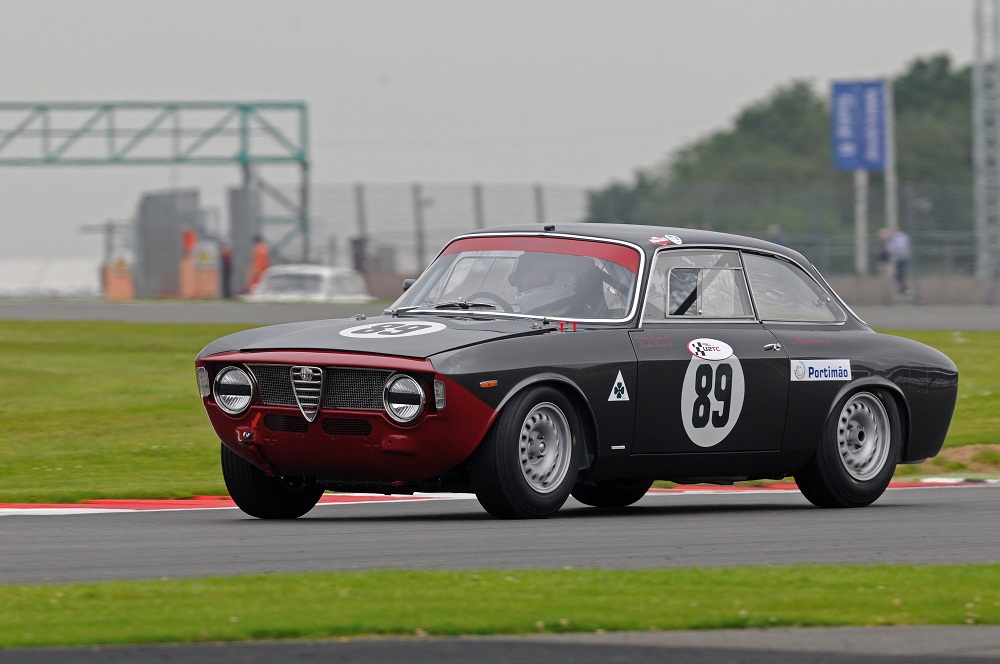 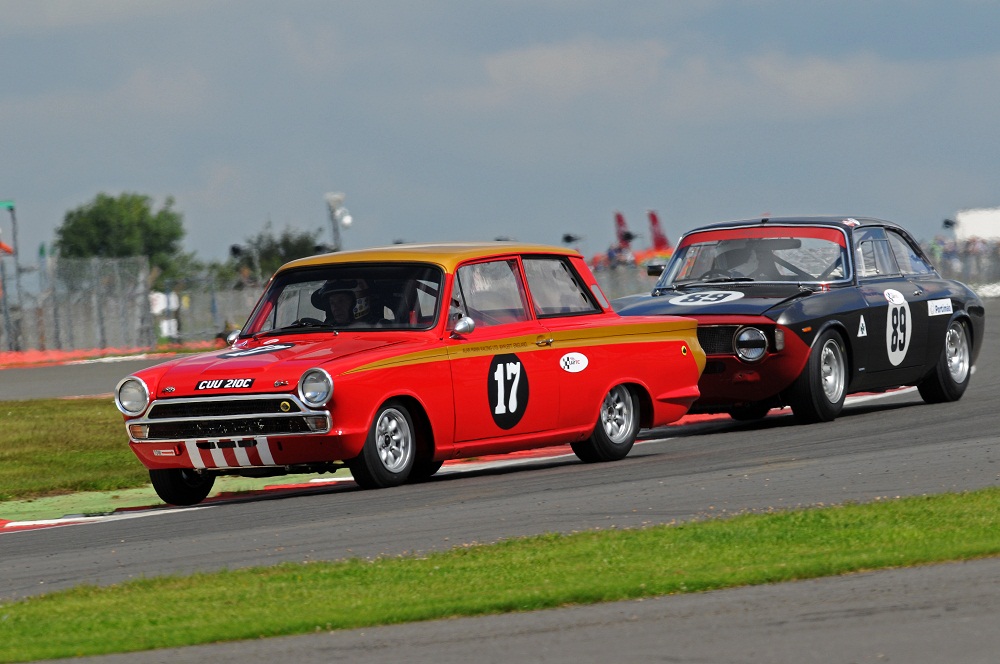 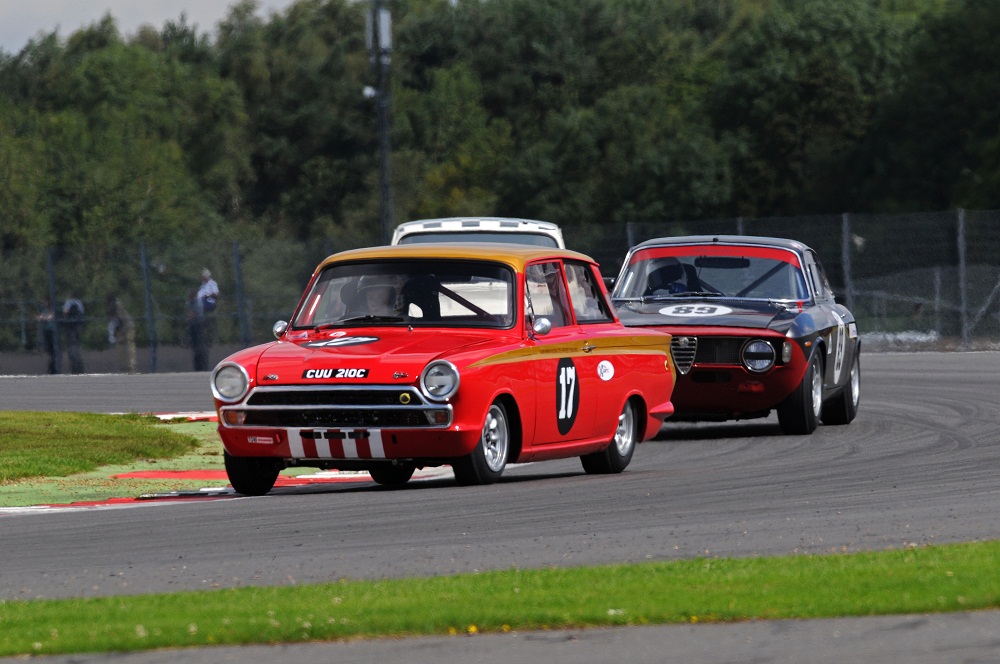 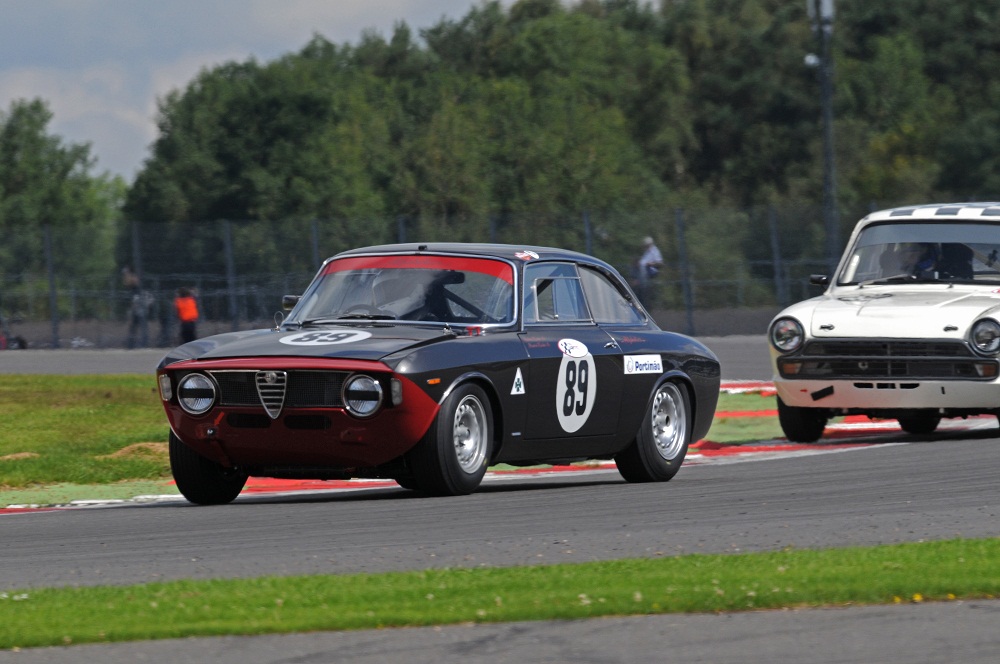 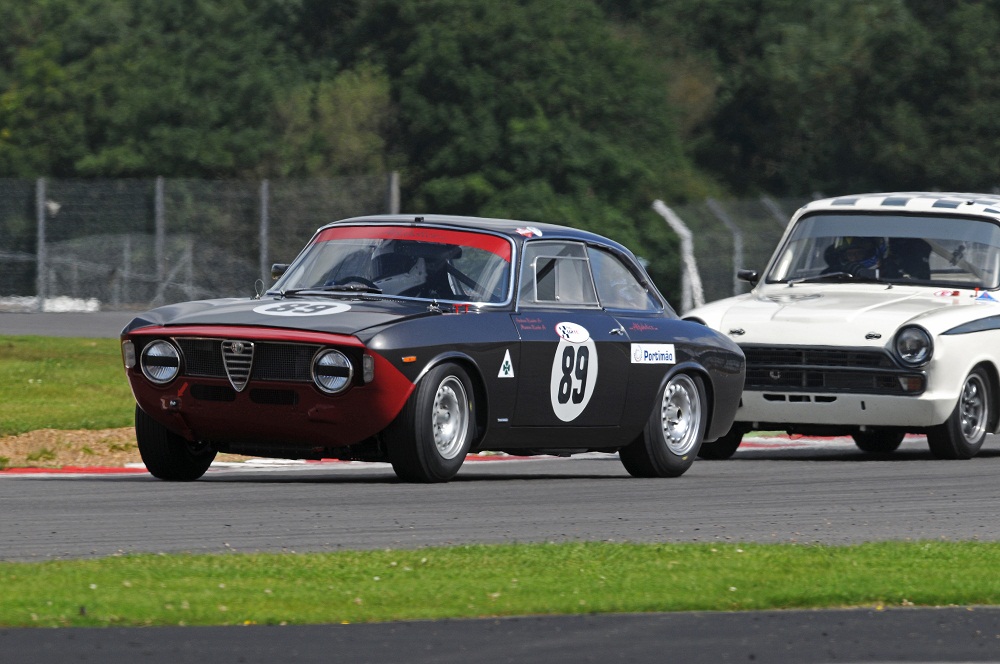 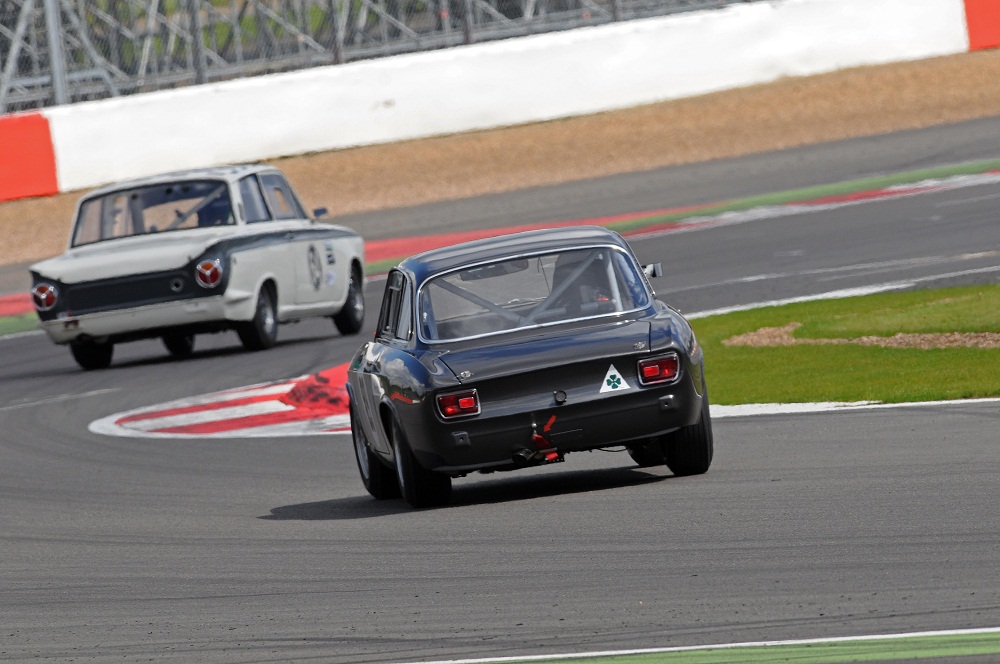 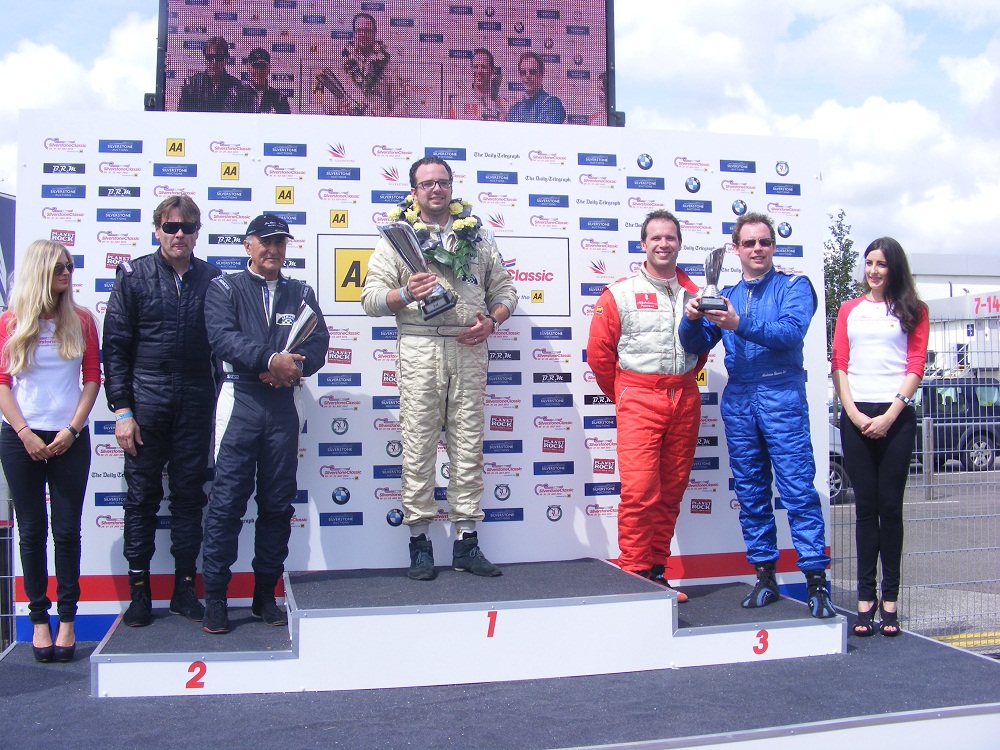 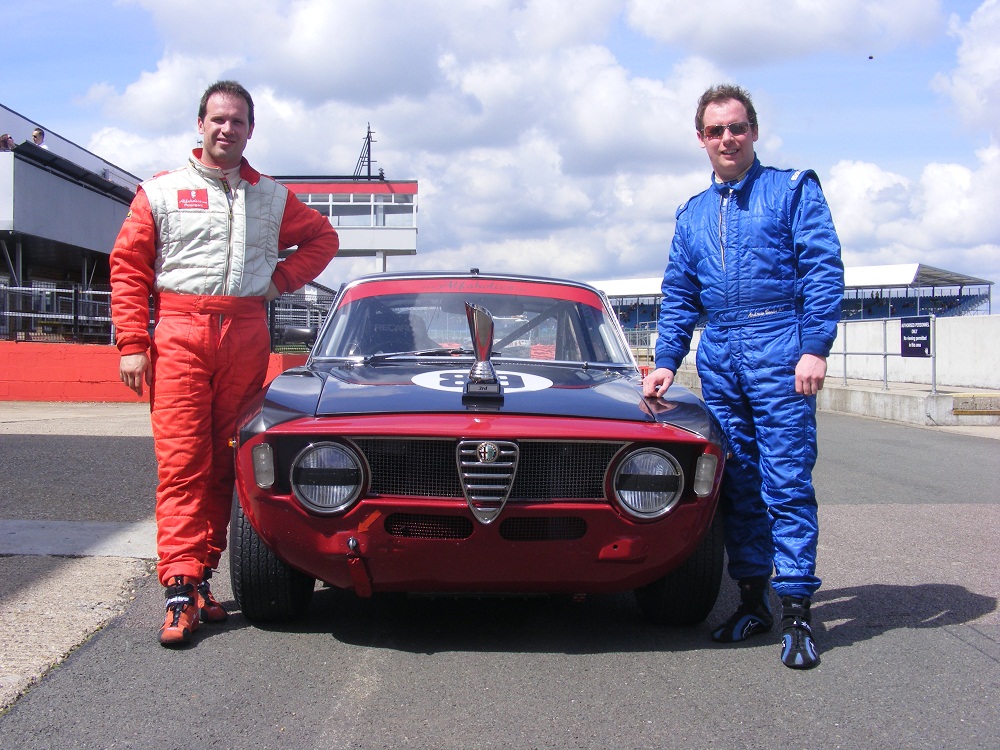