This year\’s Goodwood Festival of Speed was a spectacular event! Saturday was busier than I can ever remember in terms of vistors and even the wet start to Sunday did not deter huge floods of people from arriving! It was easy to see why, a huge star studded line up with names such as Rene Arnoux, Nino Vaccarella, Vic Elford, Richard Petty, Jochen Mass, Parnelli Jones, Jackie Stewart, Jenson Button & Mika Hakkinen to name but a few topping the bill, it was going to be a Festival to rememeber!

The rally event held in the woods of the Goodwood Estate was excellent, after only 5 minutes walking through the rally paddock, I bumped into Norwegian rally superstar Petter Solberg being interviewed by Roger Clark\’s ex-navigator Tony Mason. The World Rally cars put on a very impressive display in the forest with blistering speed and agility. Next out were the historic rally cars and it was immediately apparent how far rallying has come over the last 50 years! 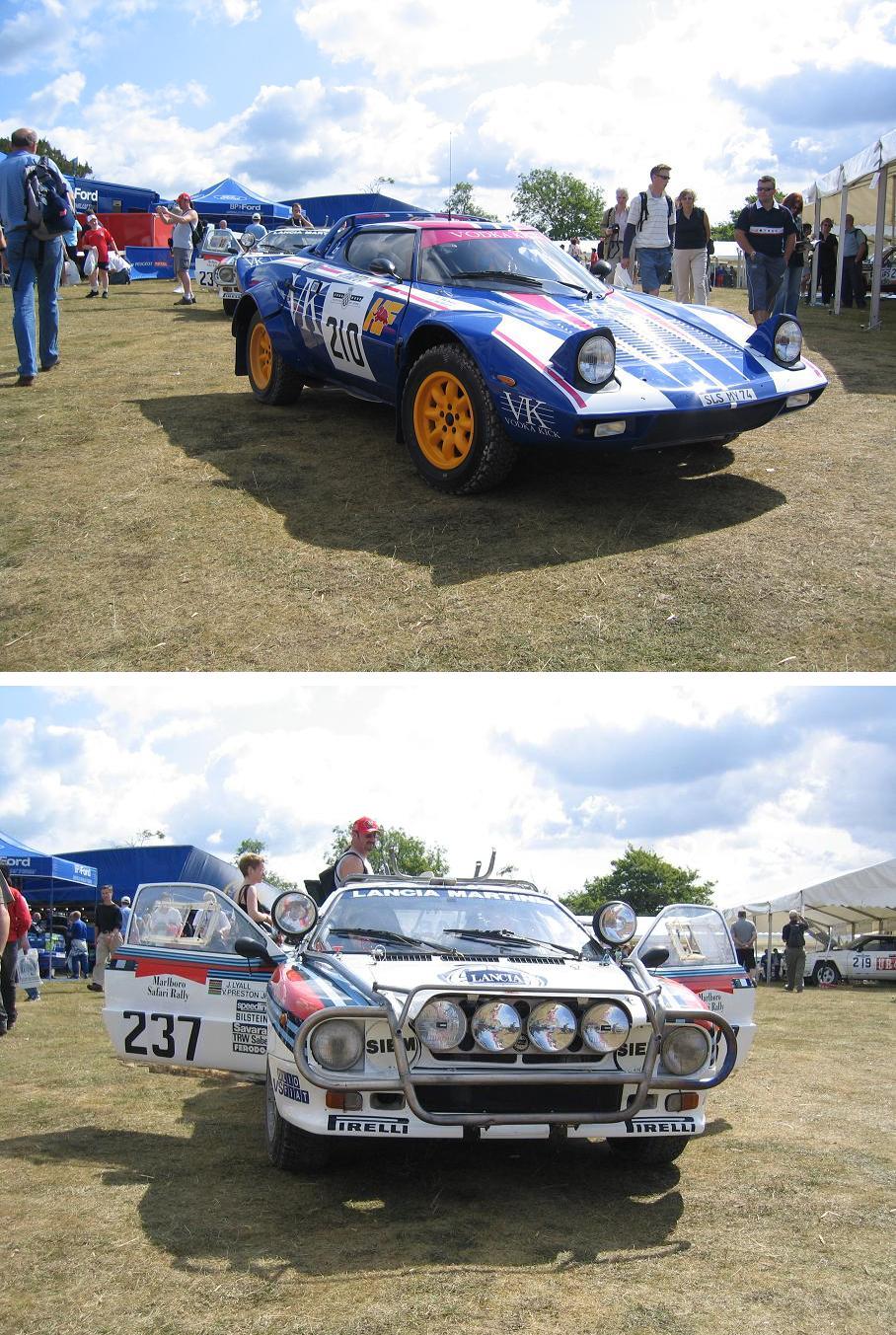 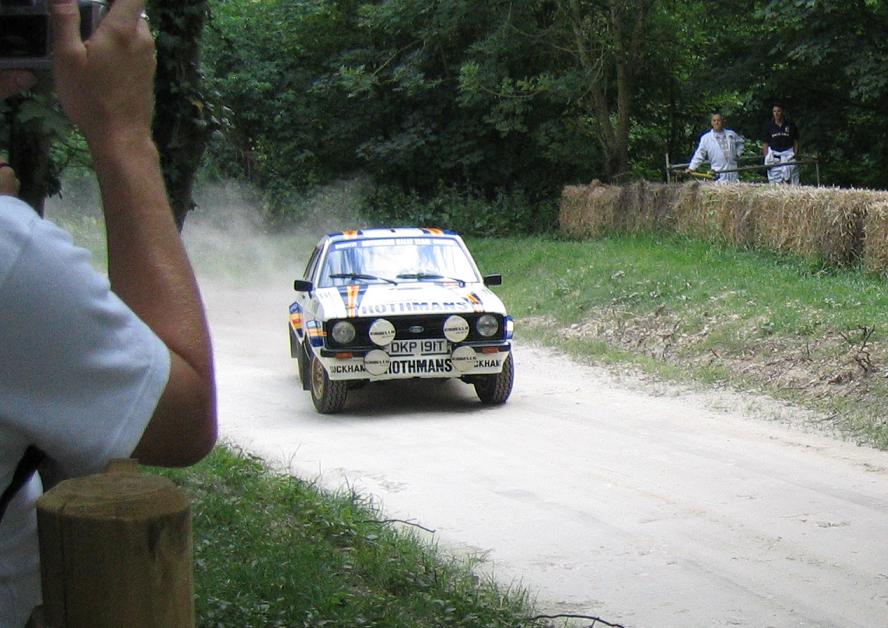 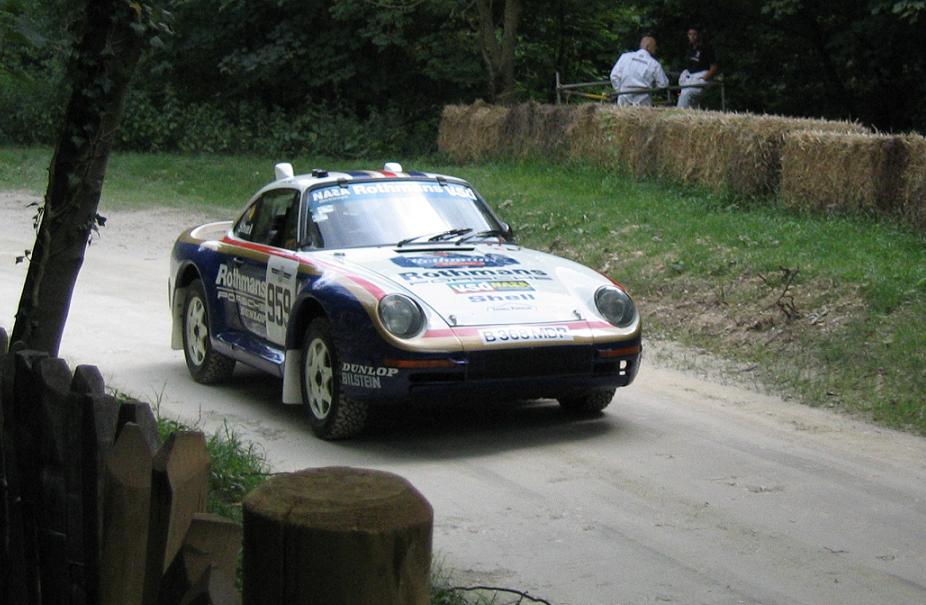 The Formula 1 boys were back in force, all determined to out do the next team with bigger tyre smoking burn-outs and doughnuts for the crowds, the ultimate had to be Jenson Button in his BAR-Honda F1 car! Unfortunately due to the massive popularity of this \’competition\’, trying to get a good glimpse let alone a good photo is hard enough… fortunately the sound of V10 & V8 F1 cars shredding rubber at 18,000 rpm 50 meters from your ear is also quite impressive! 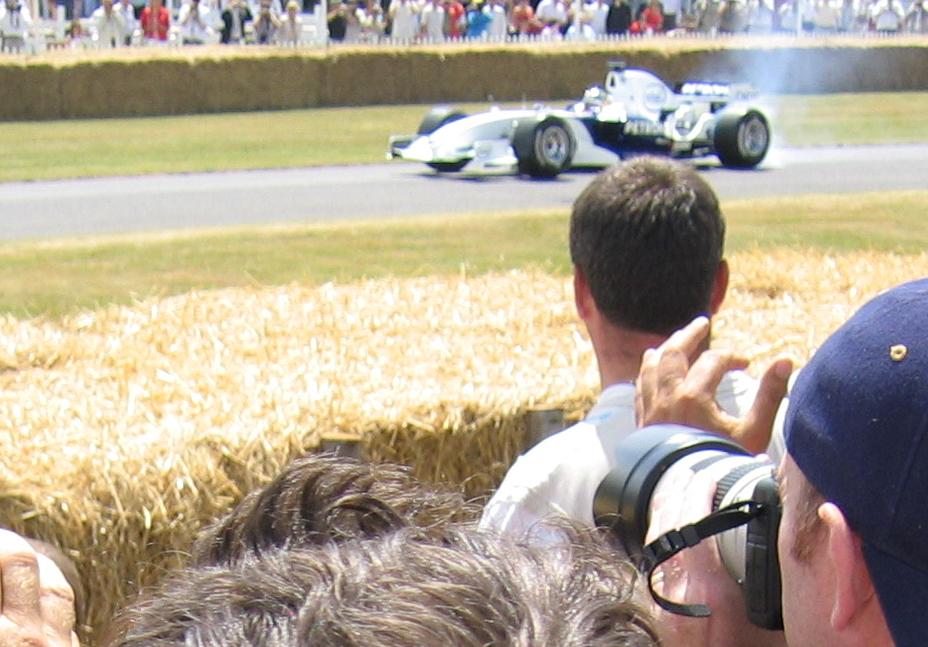 Alfa brought across the stunning 8C Spider concept car which was displayed in the Super Car Paddock all weekend. I managed to pin down the FIAT representative who was looking after and driving the 8C and quizzed him on the car and its bespoke carbon-kevlar chassis tub. It truely is a stunningly beautiful car, photos don\’t really do it full justice. I asked him what the future for the car was, suggesting whether like so many lovely Alfa prototypes it would not make it into production! He said that this was definately not the case with the 8C Spider and that it was guaranteed for production! Is this a scoop, who knows?!

The Supercar Paddock was home to an amazing aray of the world\’s most expensive and most exclusive road cars, including the most ultimate work of art on 4 wheels, the Pagani Zonda F and the hugely powerful yet ultra refined and beautiful Bugatti Veyron! 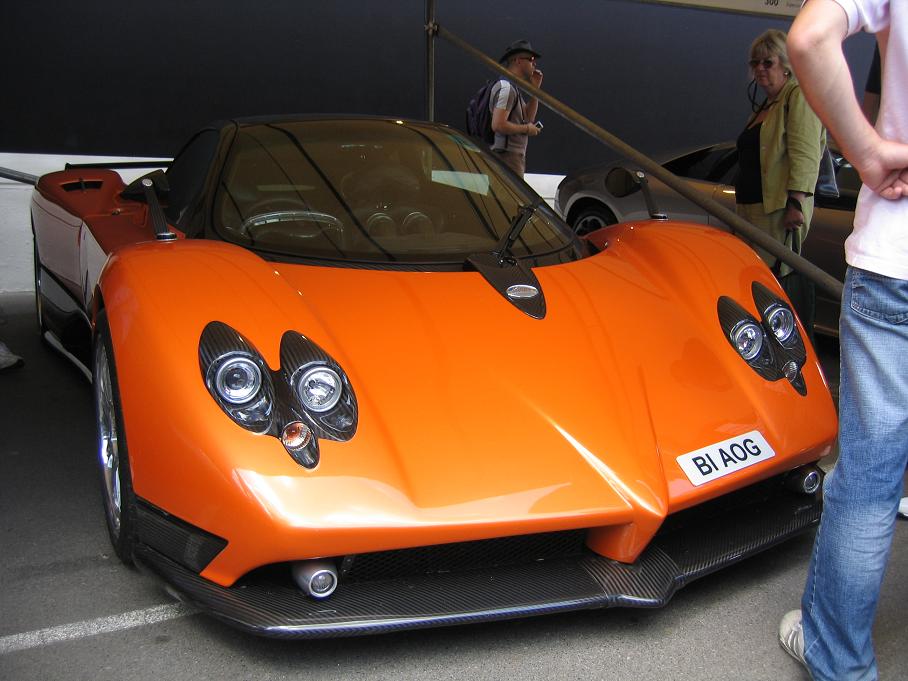 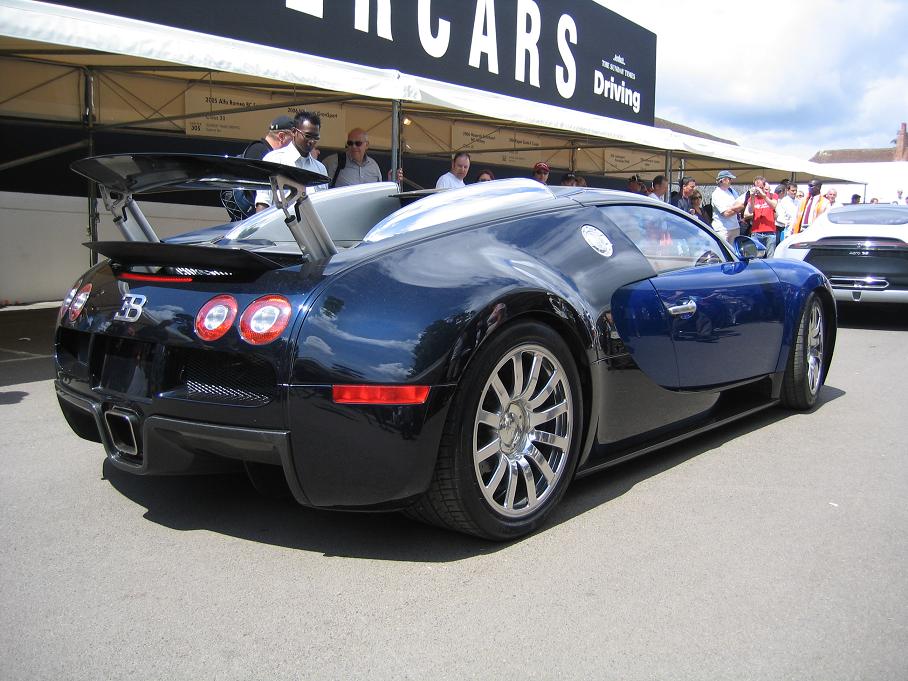 Renault had a huge display at Goodwood, here a rare opportunity to see a 2006 Renault F1 car with its wheels off – the sophistication of the aerodynamics is truely breathtaking! Note bottom wishbone has no inner pivot point, relying purely on the designed flex in the carbon fibre to allow wishbone deflection! 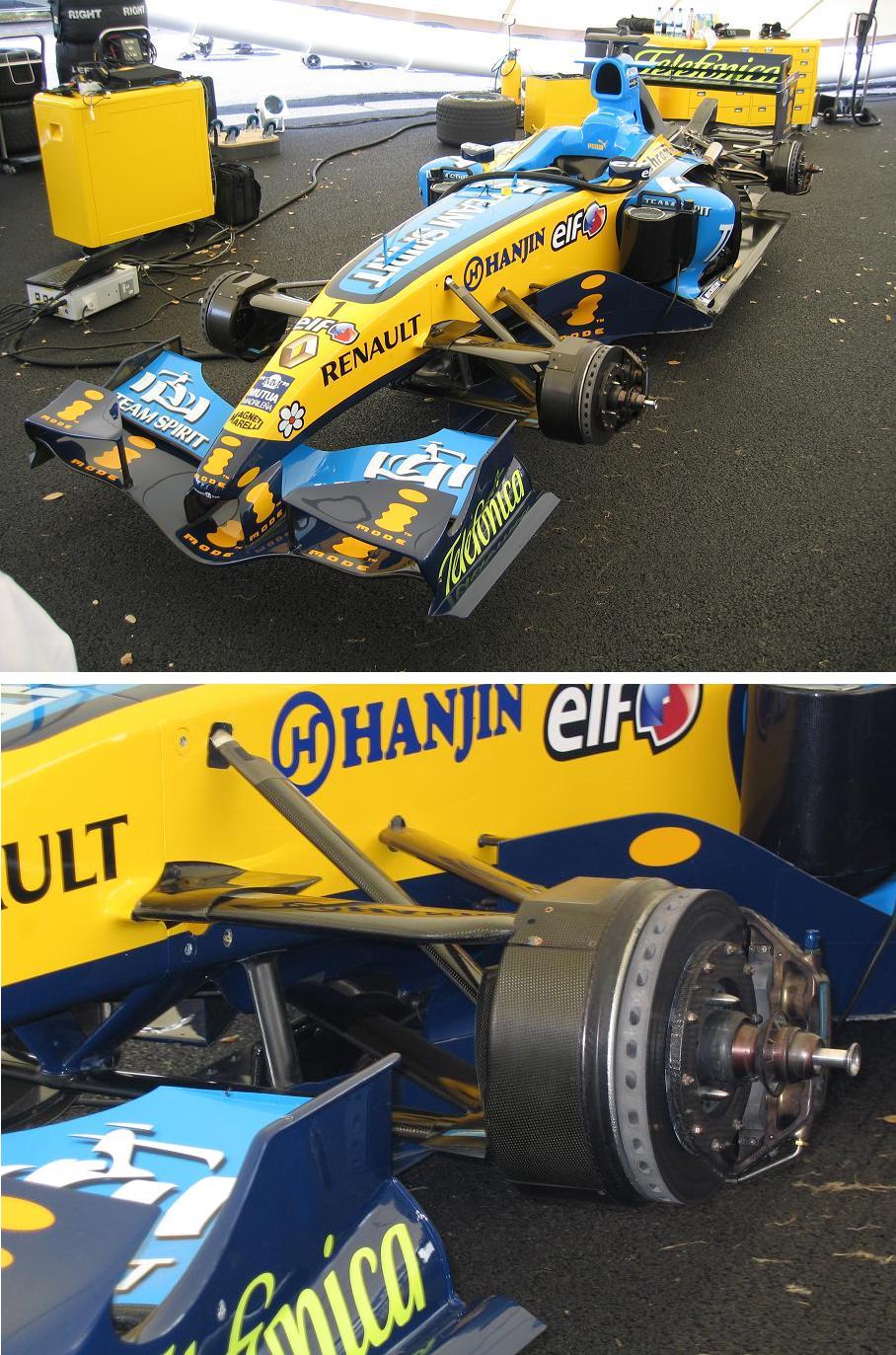 There were plenty of Alfa\’s on display all weekend, most being demonstrated up the hillclimb by the original Autodelta heros such as Arturo Merzario, Nino Vacarella and Marco Cajani, here is a selection of the Alfa\’s on show:- 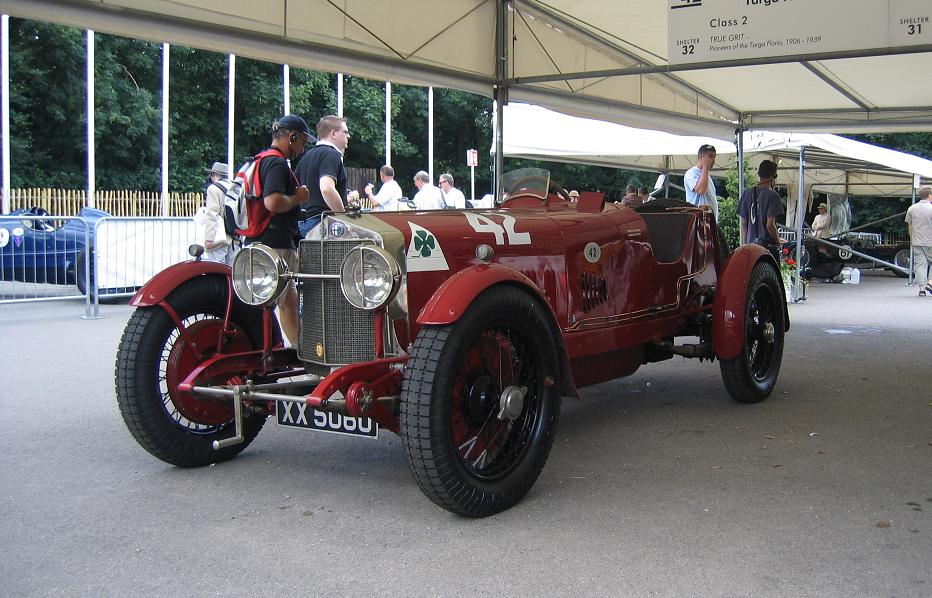 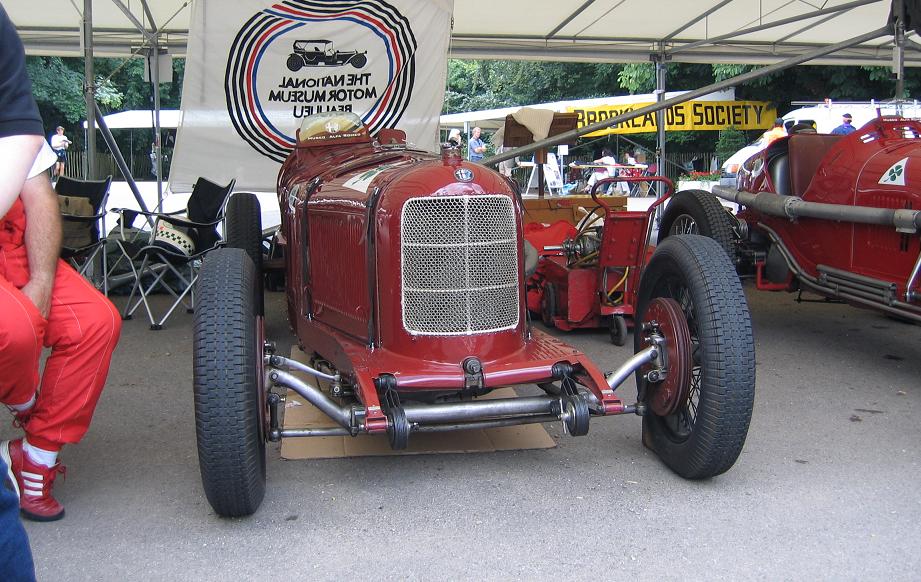 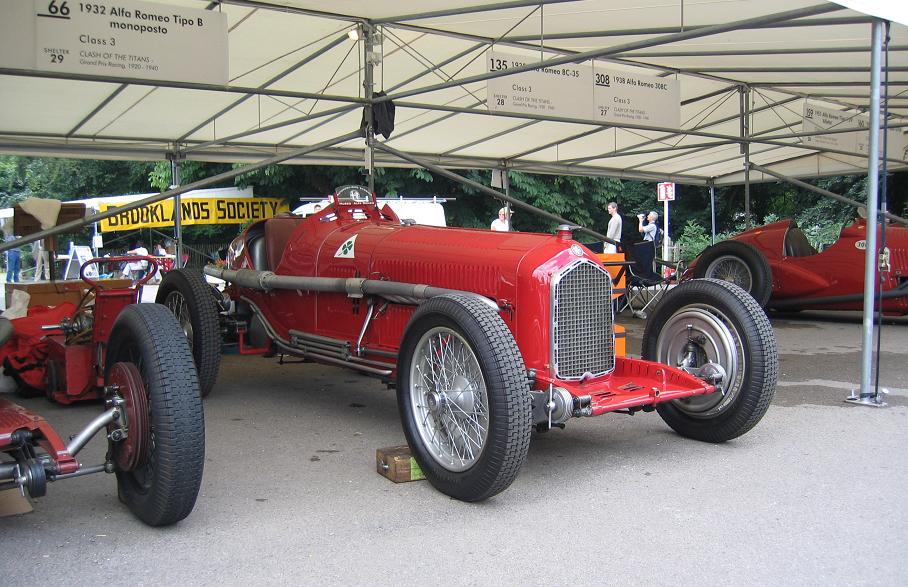 Alfa Romeo 308 C, this car was originally built with a V16 engine but was converted back to original 308 spec before being sold to South America where it won the 1947 Brazilian GP 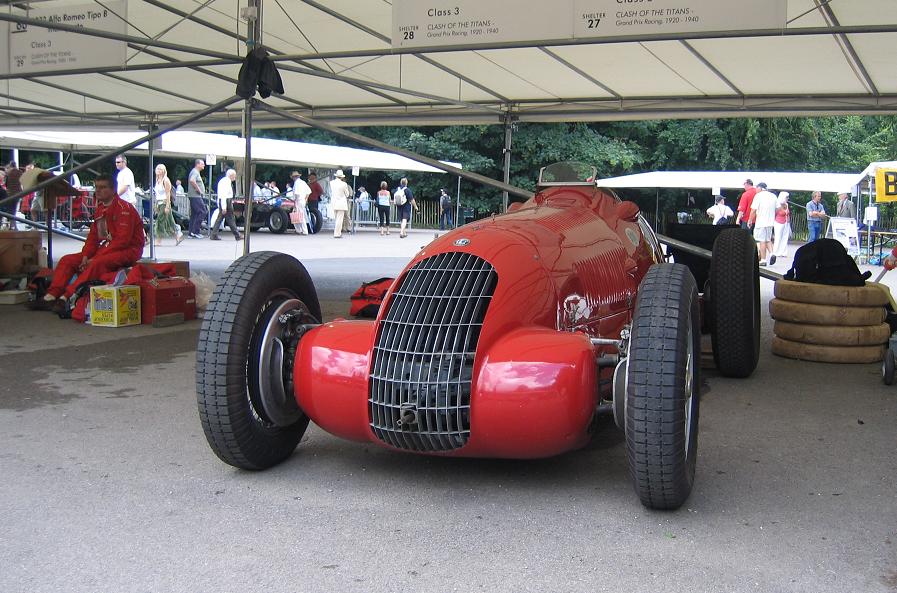 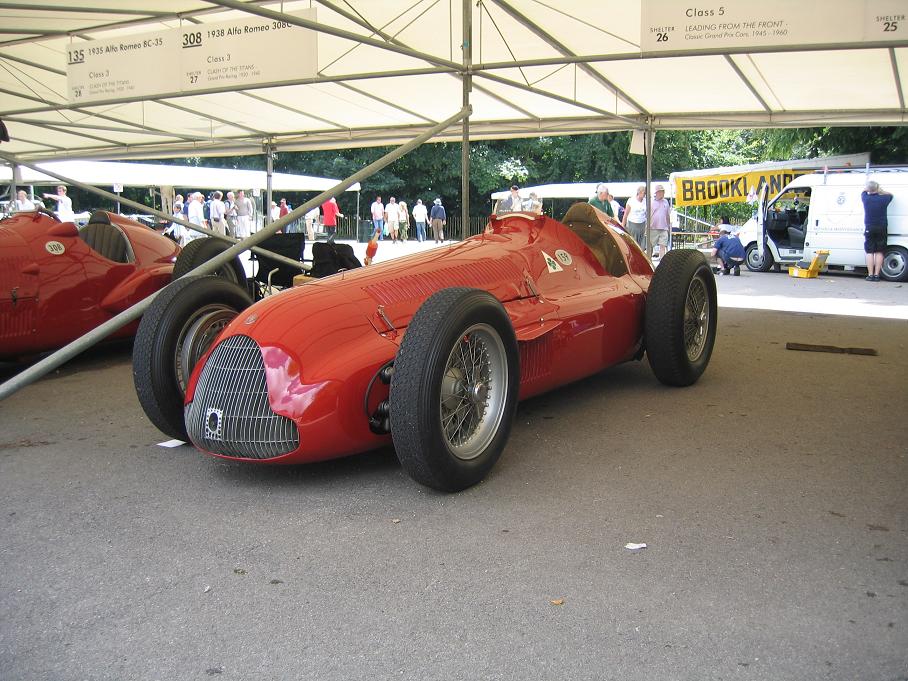 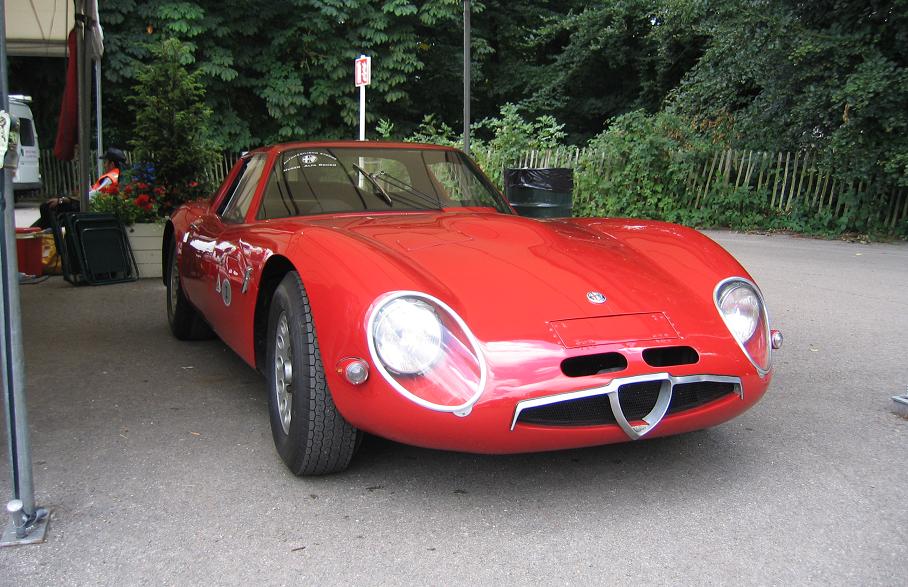 Beautiful Tipo 33 Stradale; such a pretty car, clearly the inspiration for the modern 8C Spider! 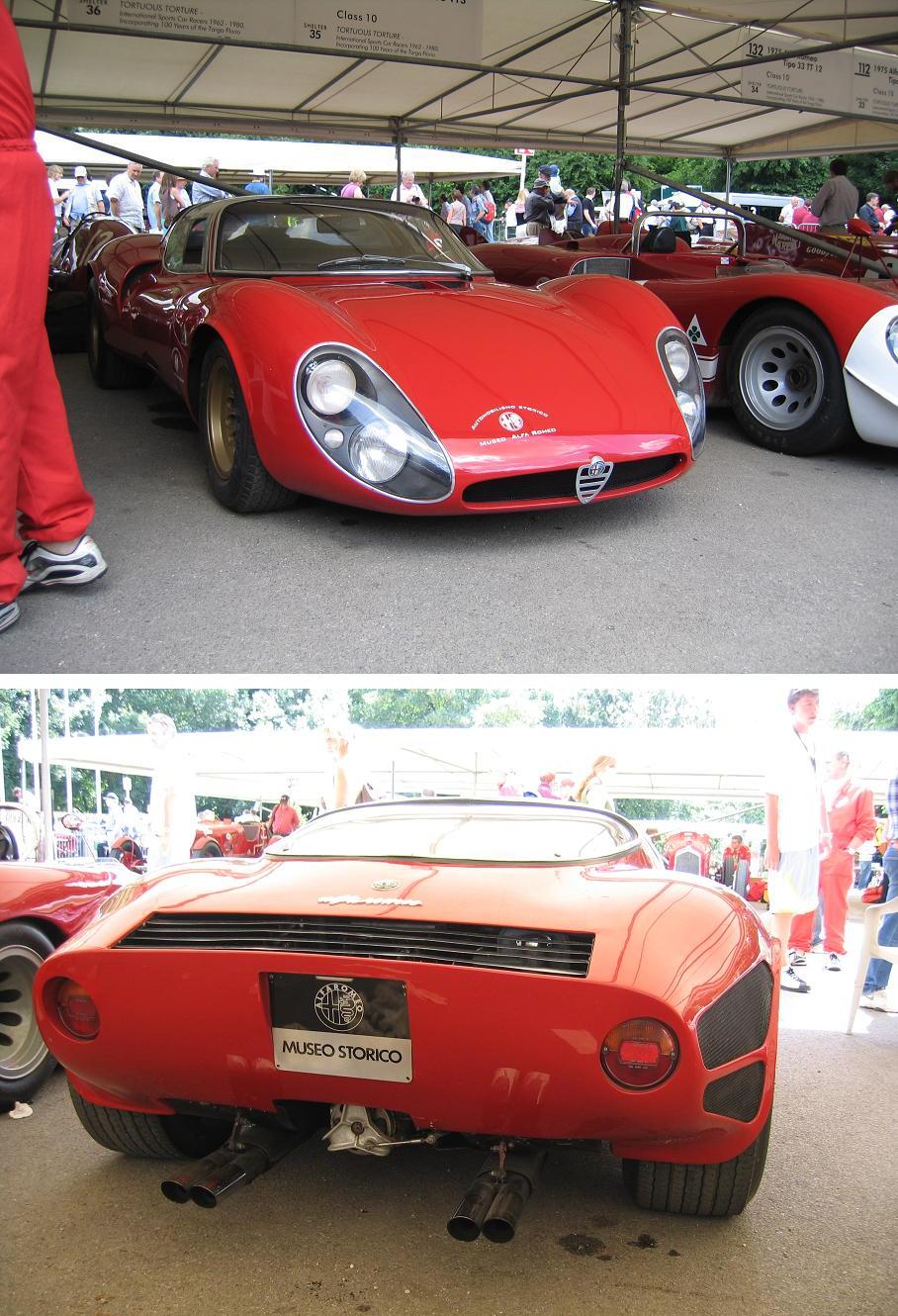 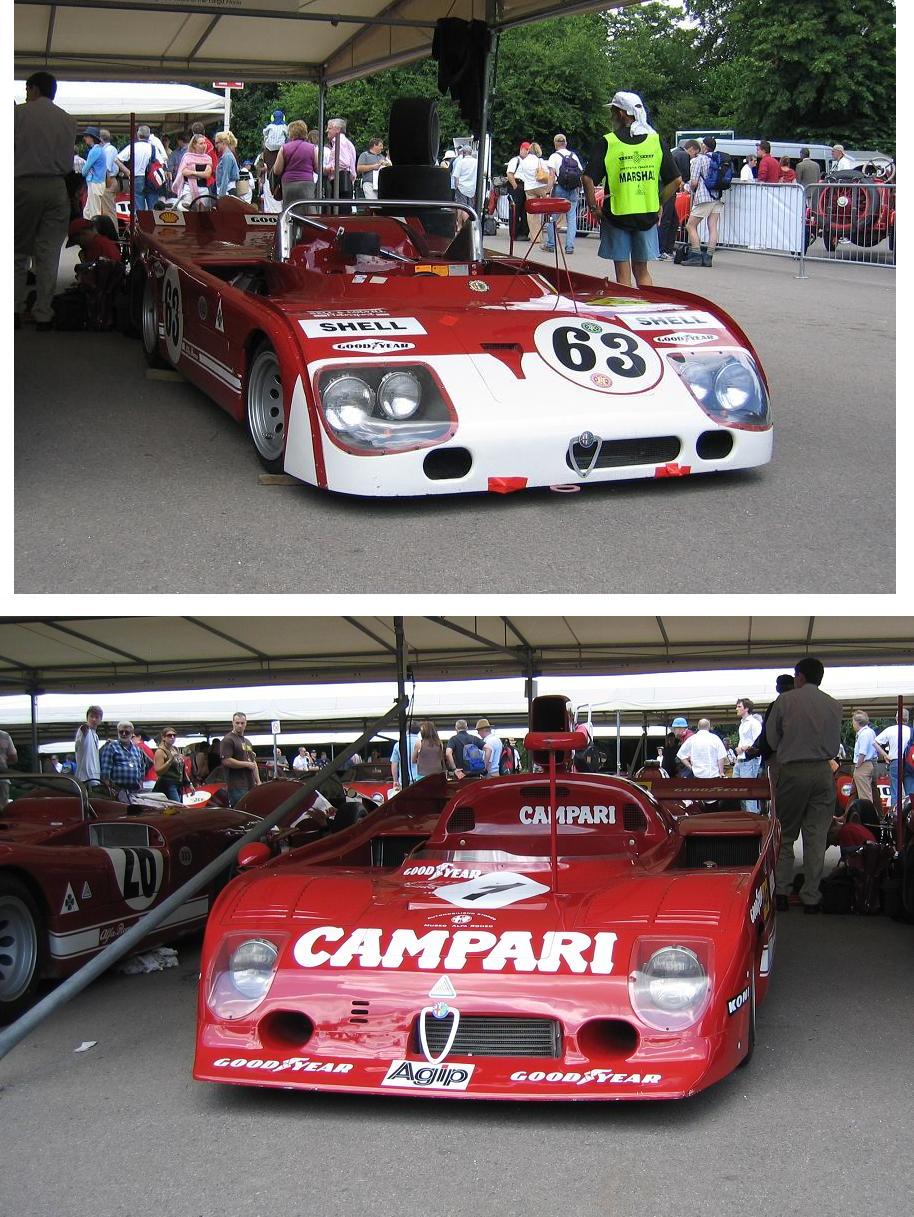