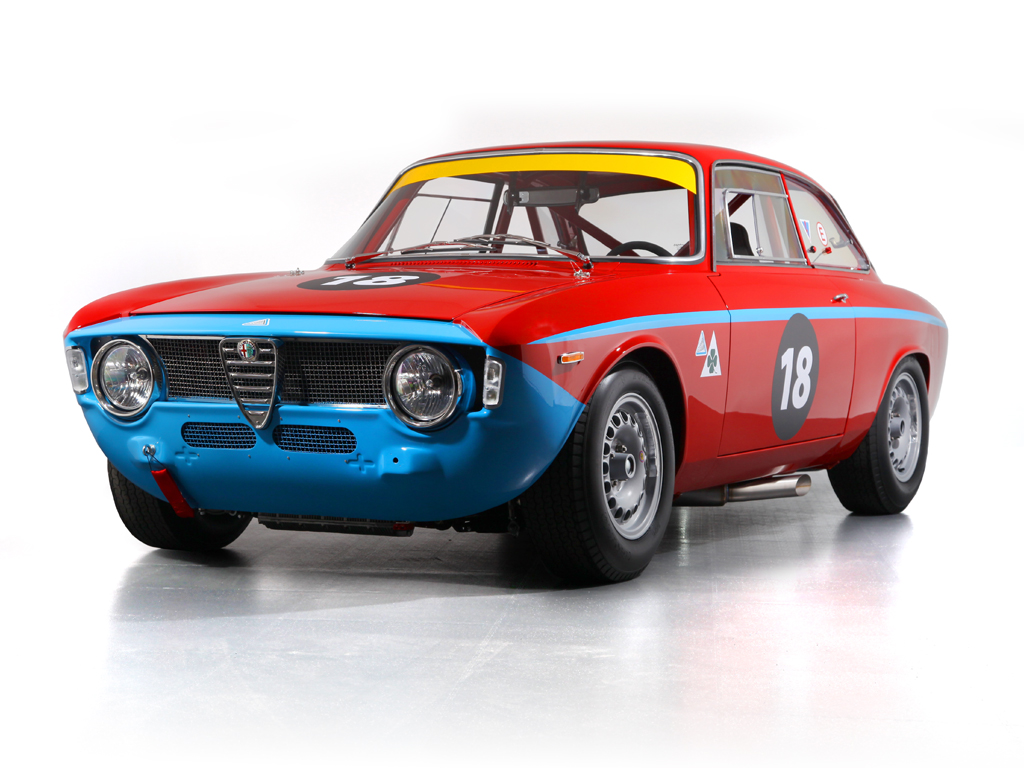 After some 3000 hours of work, the restoration and race preparation of the ex-Team Elan Racing Autodelta GTA Corsa AR 613839 is completed and the car is ready for the next phase of its life long race career!

Shell Painted and Ready to Assemble

With all the body restoration and race preparation of the shell completed, we have painted the car its original factory AR501 colour and have added a blue identification nose and tapered side stripe using the original Manfred Zahn Elan Racing Team colour.

With the aluminium body completed, the shell is now ready to paint back in its period colour scheme.

New aluminium body starting to be pinned on and gapped.

With all the outer panels removed, the chassis has been carefully mdeia blasted with ultra fine media to remove all the layers of paint and expose the bare steel frame. Once completed the shell is etch primed and fitted to our Celette jig to check suspension geometry alignment.

Car stripped down to bareshell. Visually inspected the car appears mainly rust free, but having had a hard life on the race tracks with many later modifications. We will be returning this car to its 1965 debut race season specification and to comply with FIA App.K so any later modifications will need carefully removing and all original detailing needs reinstating whilst at the same time balancing the importance to retain chassis originality.