Our original target at the outset of the project was to achieve 270bhp/tonne in a GTA-R.

(In reality, by the end of the project we had smashed this target by achieving greater power from the engine with a new 94mm long stroke crank and 87mm bore which resulted in 2300cc & 240bhp and thus the car achieving 290bhp/tonne).

The basis for this project is a full rebuild of GTA-R (003) using all the latest Alfaholics tricks and developments.

Since 2011, when the latest version of our top spec Twin Spark engine was installed, the specification of 003 car has remained untouched. With 216bhp & 180 lb/ft torque and weighing just 895kg, the car possessed an excellent power to weight ratio of over 240bhp/tonne! Recent Spa & Nurburgring track days have shown the car to be more than a match for most BMW M3s and Porsche 911s, proving just how good the overall package is. At Spa, that means a lap time of 3:02 and the ability to lap the Nurburgring in 8:15.70 bridge to gantry. We installed HD video cameras in both GTA-R 003 and Ti Super-R 011 to demonstrate just how capable the cars are - see the Alfaholics TV channel on YouTube!

Now we want to make the car even faster!  Over the past couple of years, we have developed a number of new products, in particular a suite of carbon fibre panels - boot, bonnet and doors. It seemed that the best way to implement all these upgrades would be a full rebuild, so here goes...!

In order to achieve the target power to weight ratio, the main focus of the rebuild will be attention to weight saving - we are looking to shed 80kg from a number of areas, including body, unsprung & rotational components. We will not however compromise on the quality and detail of the interior, so the leather, alcantara and Wilton wool carpets will remain. In addition, we will be making a few engine tweaks which should liberate a few extra bhp to bring the maximum power up to 220bhp. With 270bhp/tonne, perhaps a Nurburgring lap time of 7m 59secs in on the cards! 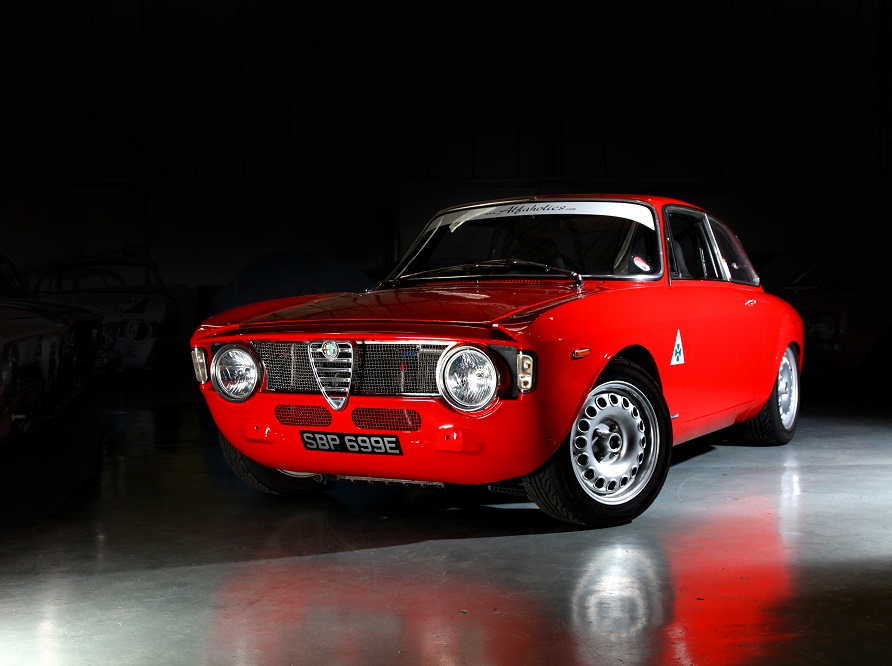 Car stripped to a bare shell and carbon fibre panels fitted, prior to the new roll cage being made. The doors will retain the original 1/4 light frames and the window winder mechanisms for optimum usability.

We have made a bespoke race quality wiring loom in the car using lightweight thin wall race cable, modern blade fuseboxes and relays for all the major functions. This is a very time consuming job, taking a full week to assemble, but the rewards will pay off when the car is up and running without the common original Alfa fuse box issues. At this stage the loom is partially assembled and laid in position to optimise the routing, before it will be run inside protective convoluted tubing.

We have custom made the brake lines using stainless steel brake hardlines throughout the car. Materials for this have been sourced from the same supplier as McLaren & Lola; not only will this ensure the maximum of life span, but it also will result in the very best brake pedal feel possible. The flexible lines to the uprights are our latest design featuring full stainless steel fittings & carbon clear coat.

The front suspension corners have been built up using our extreme lightweight wishbones, lightened hubs, and our new Superleggera 6-pot brake kit.

Bespoke Alfaholics GTA-R specific aluminium radiator & integrated oil cooler system designed and manufactured. It features a tapered top tank to help flow the hot inlet water more evenly across the matrix to improve the cooling efficiency of the radiator. We have also positioned the radiator much closer to the front grille to increase air flow to it whilst simultaneously reducing the size of the air gaps around it thus forcing a greater volume of air through the core. This has also given us the space to fit the cooling fan on the back of the core to further increase the cooling efficiency. The oil cooler, being built into the side of the radiator has resulted in a bigger unit to give greater cooling capacity to the oil system to match the car's greatly increased engine power.

The boot has been built up with our new lightweight 1/2 tank which houses the injection pump, filter and pressure regulator being fed by a custom version of our 55 litre race foam filled aluminium fuel tank with injection return line and built in swirl pot.

These insulation products are the very best on the market and available as a preset kit of materials for your Alfa exclusively through Alfaholics for the Alfa Romeo market.  The inner side panels have been made from ultra thin marine ply, saving a whopping 3KG over original hardboard panels.

We will be fitting our Alfaholics GTA rear seat to give the interior a high quality, luxury look and feel - the aim for this project is to build an extremely high quality road/trackday car to be as light as possible, not simply to make a racing car with numberplates!

We have lightened the rear frame and modified it to fit around our rollcage.

With further engine capacity increases achieved during the project with our new 94mm long stroke crank, we have smashed our original target of 270bhp/tonne. As a result, Alfaholics is very proud to present the Alfaholics GTA-R 290 - the ultimate Alfa Romeo with 290bhp/tonne!

...as capable lapping the Nurburgring in under 8 minutes as cruising the streets of Monaco! 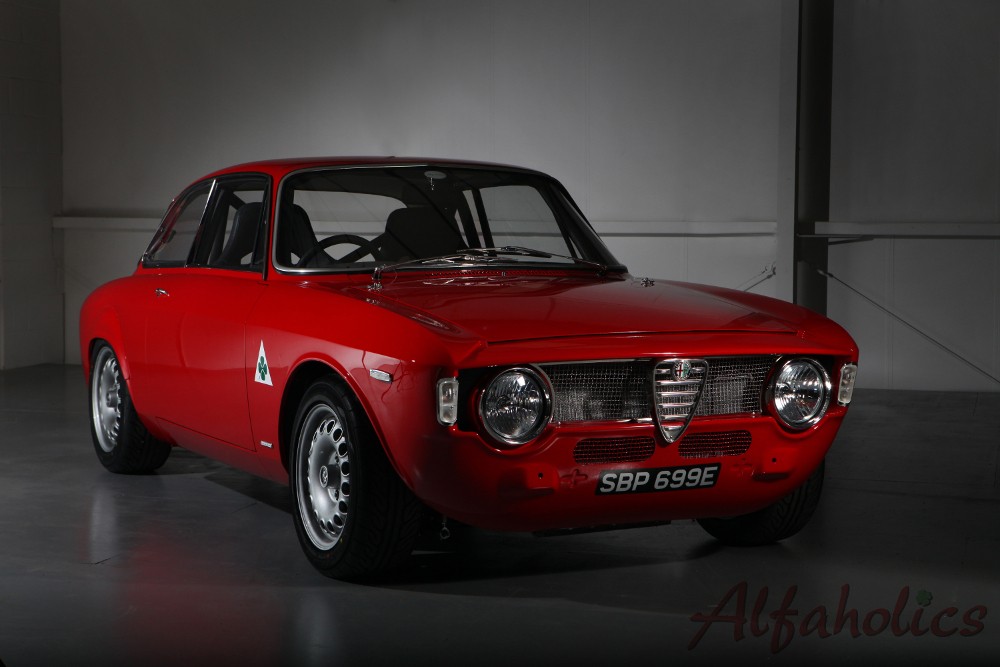 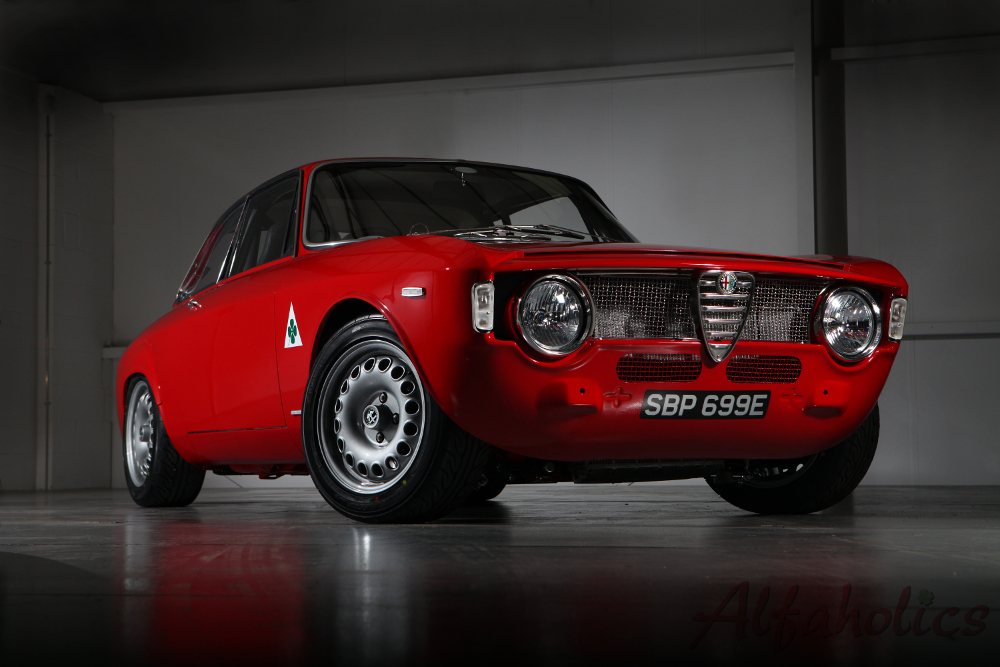 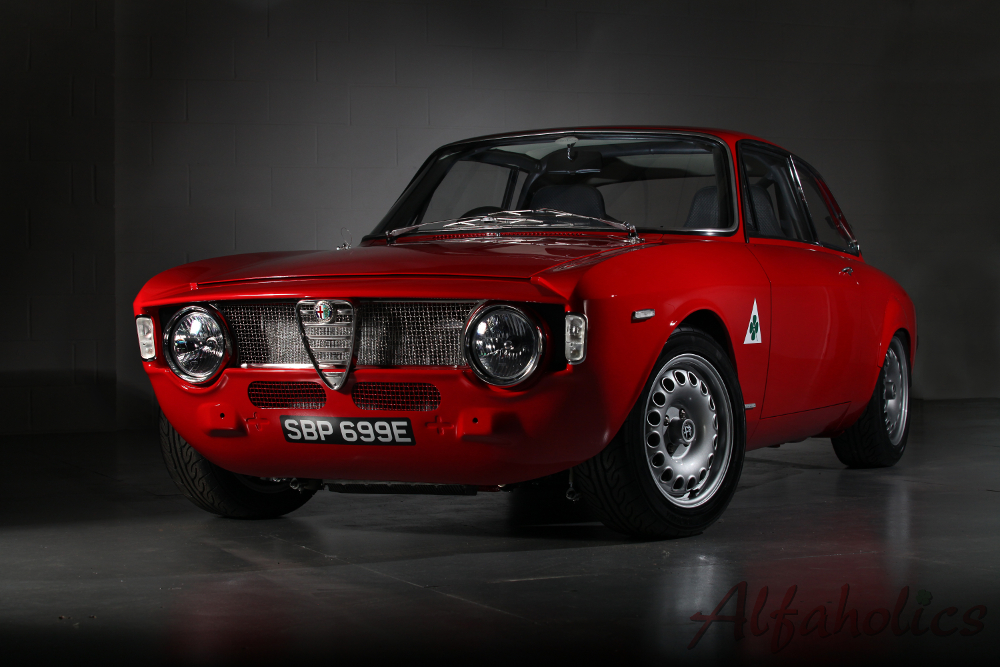 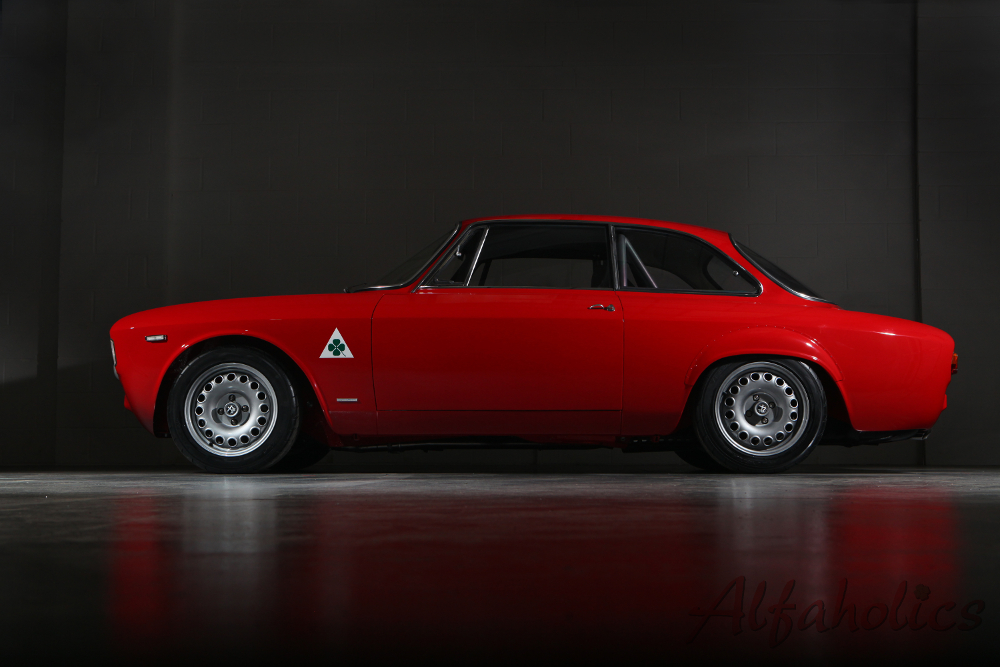 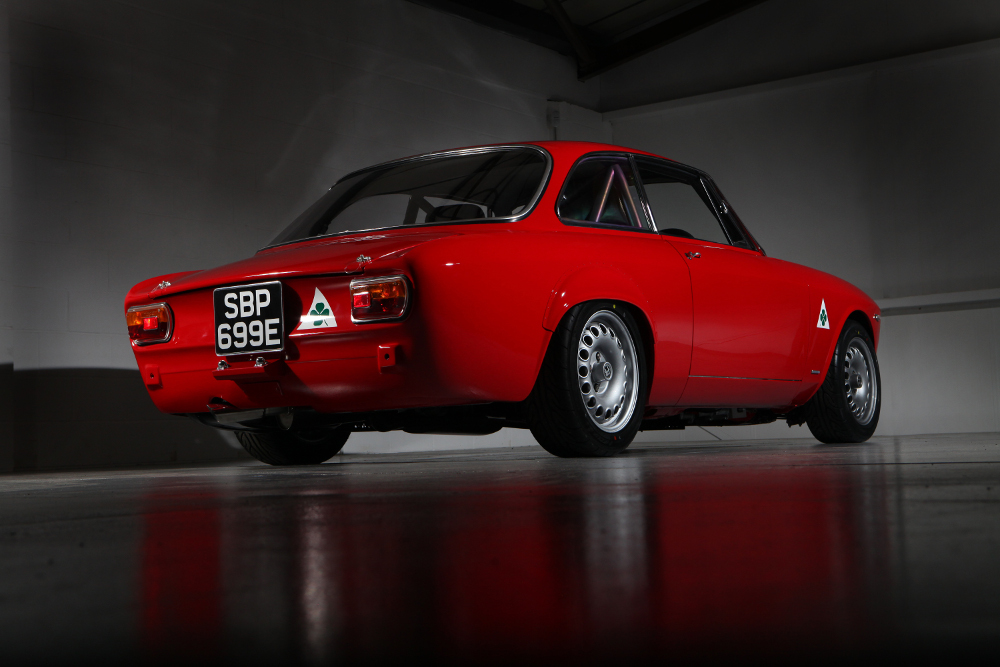 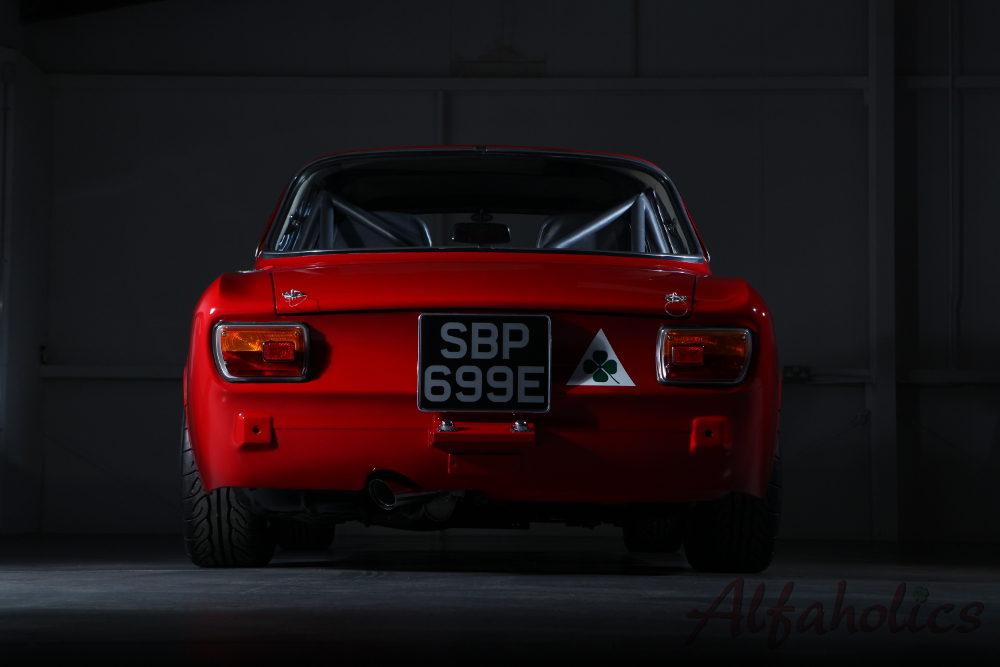 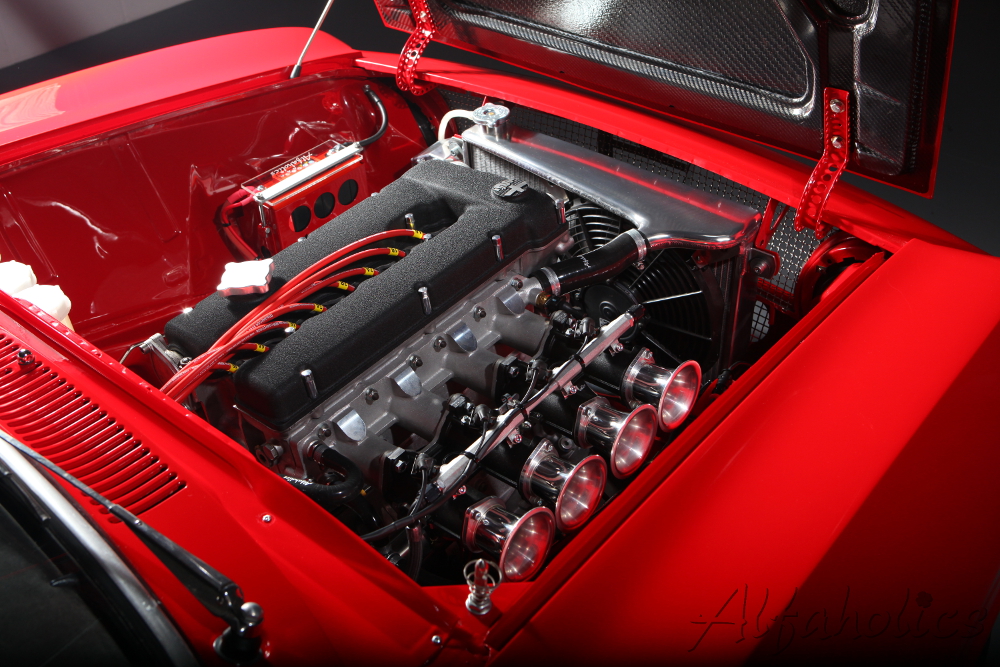 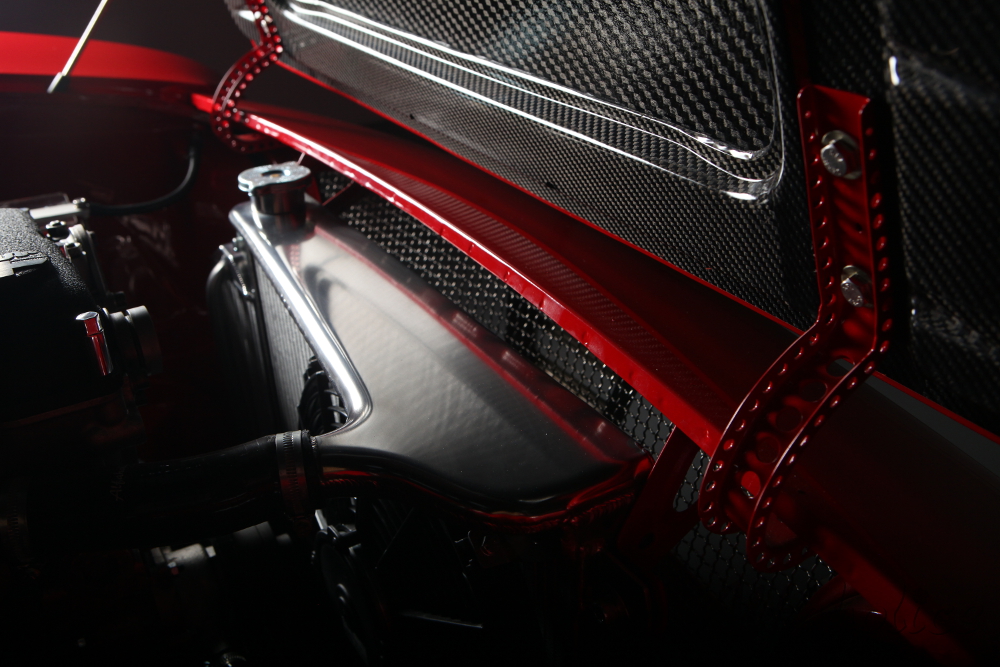 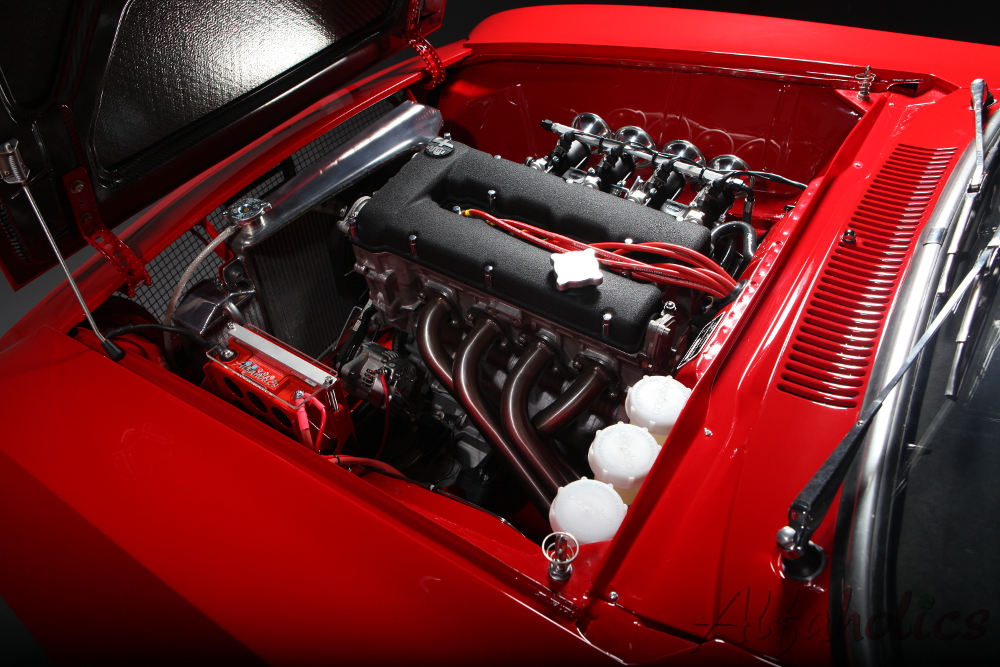 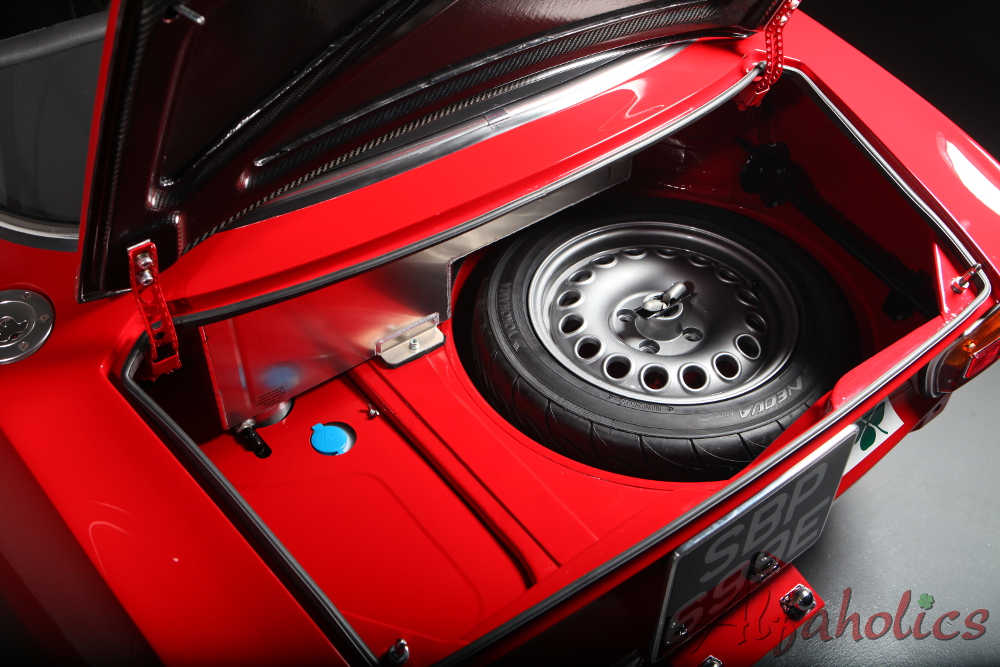 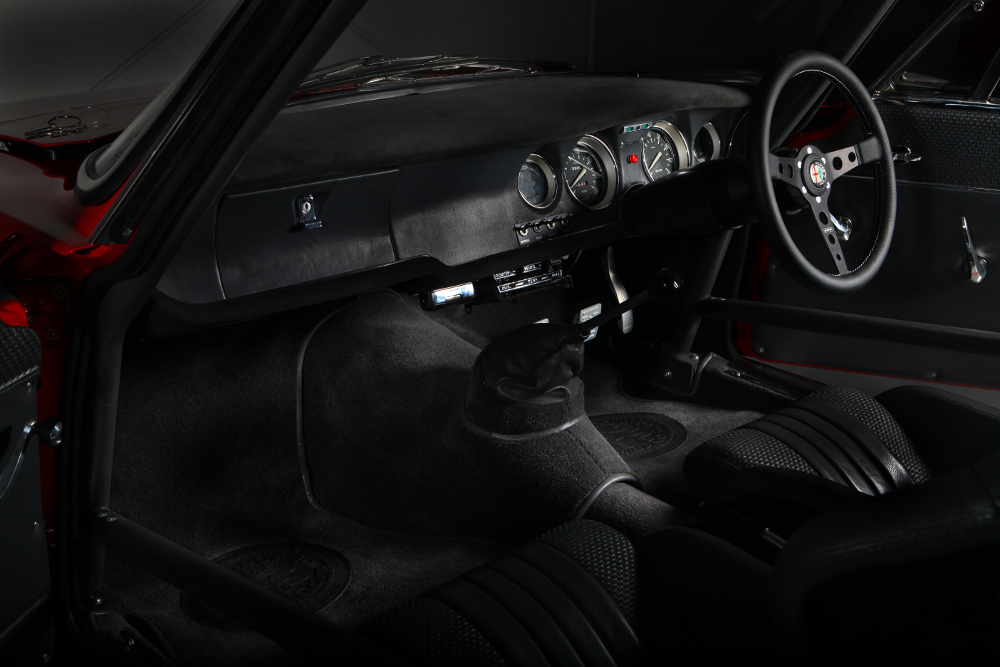 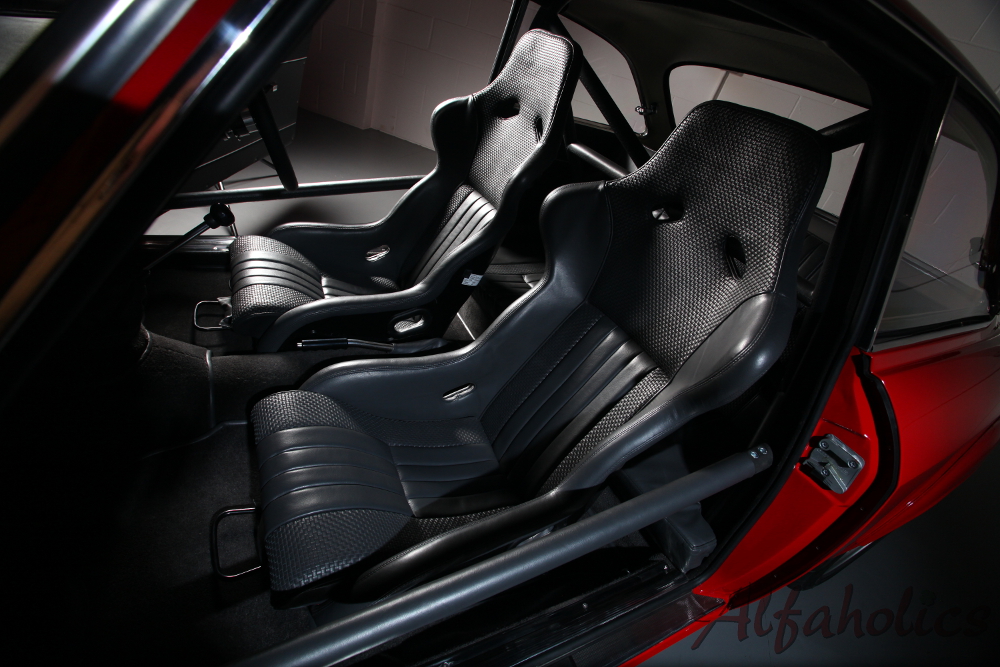 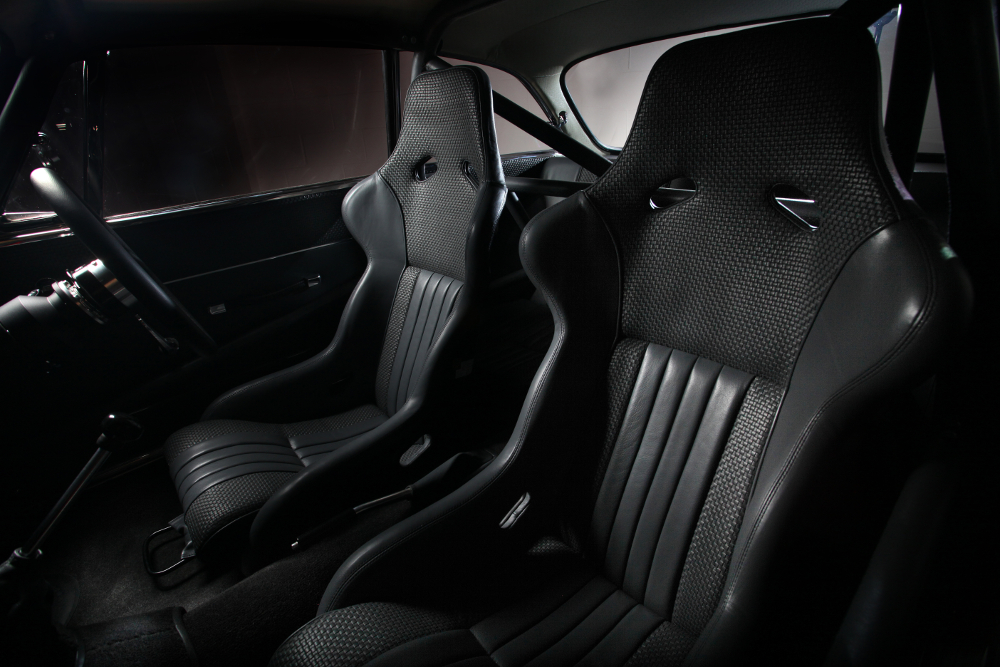 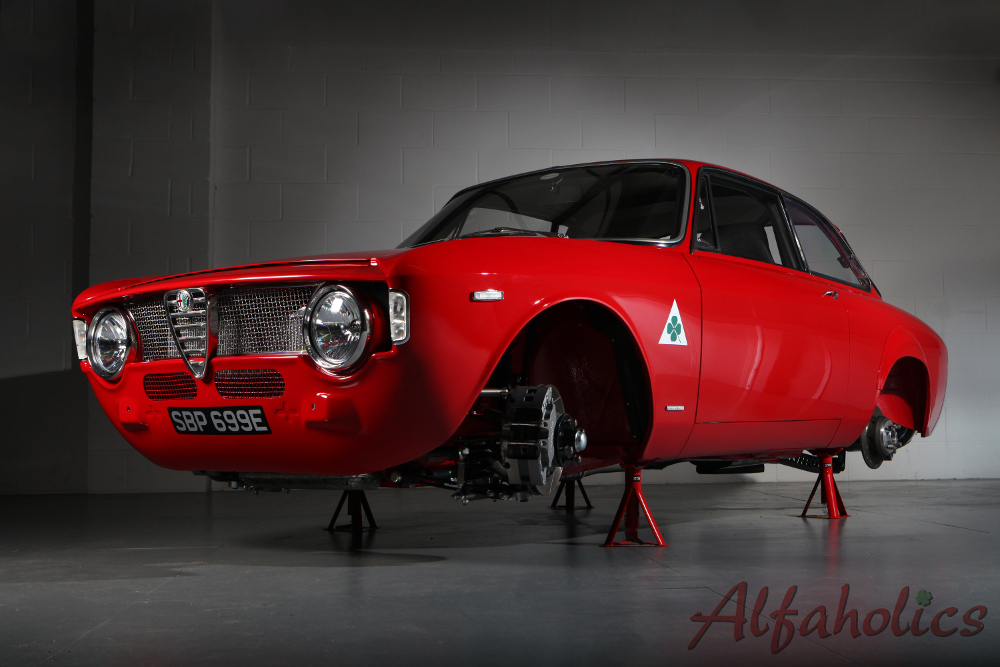 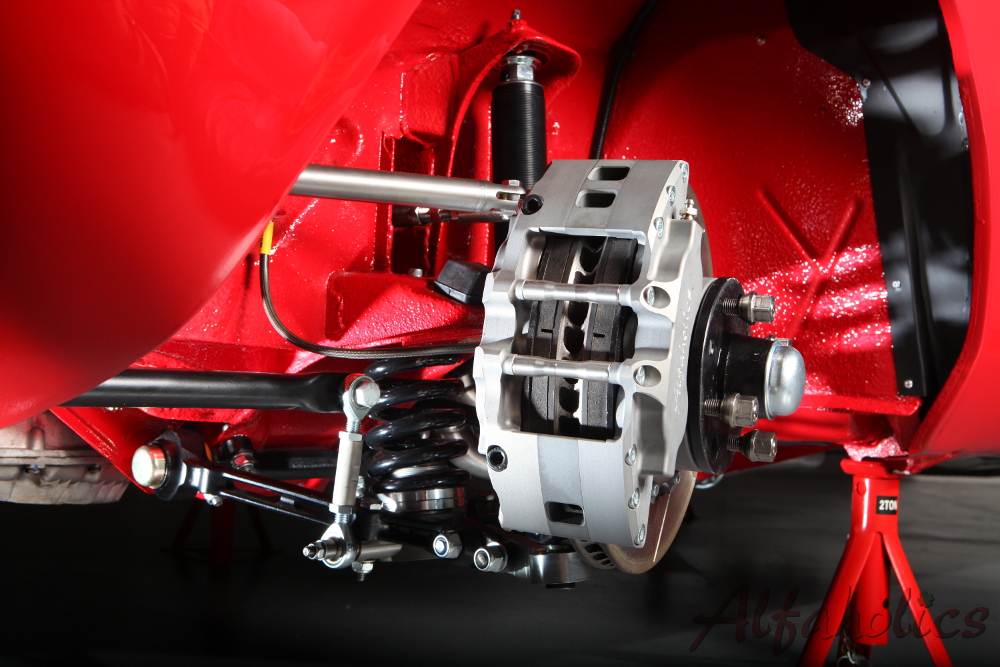