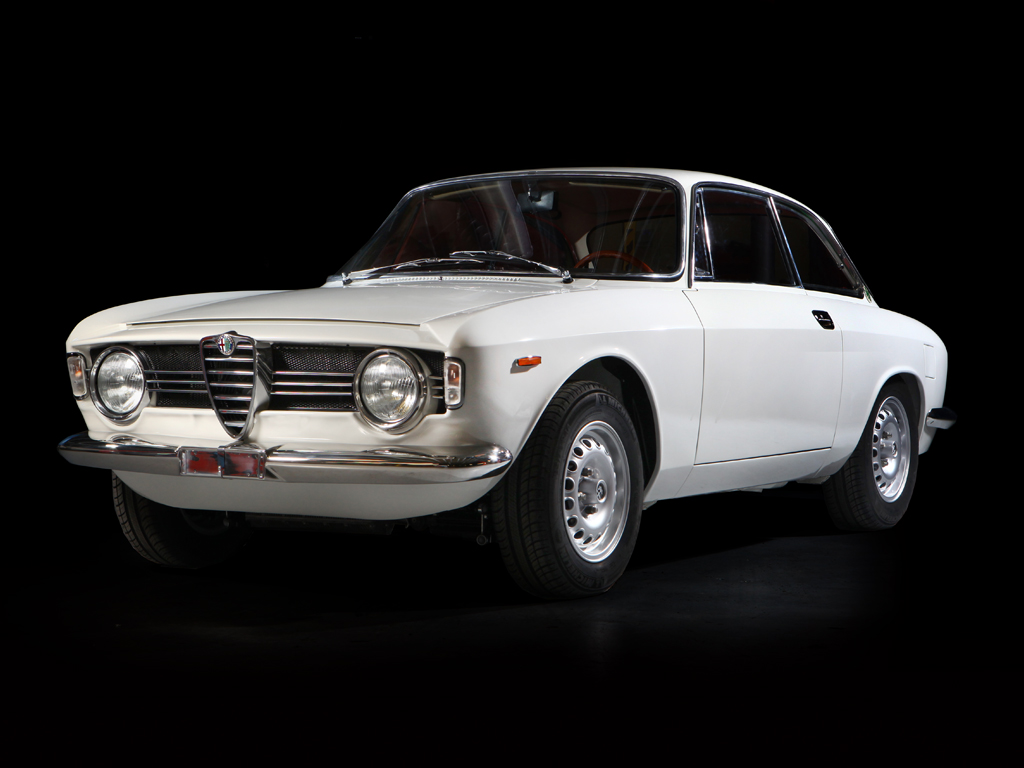 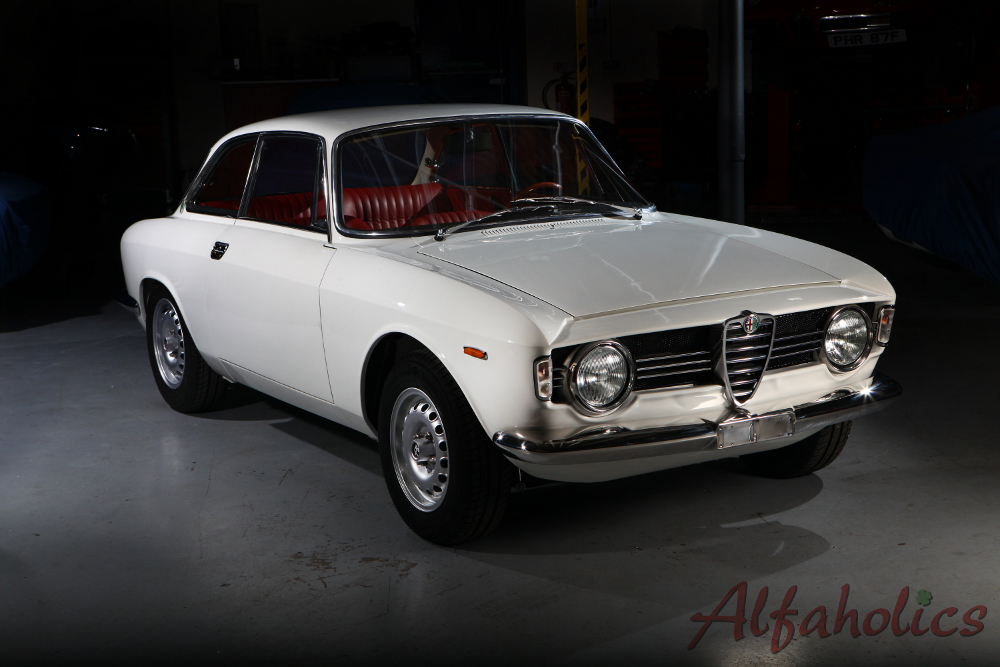 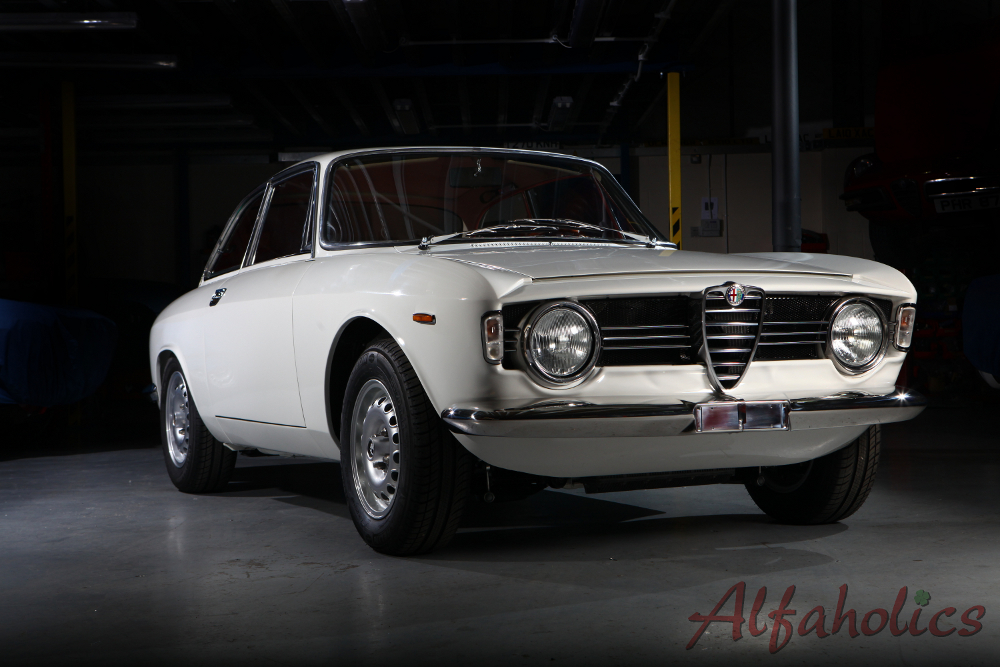 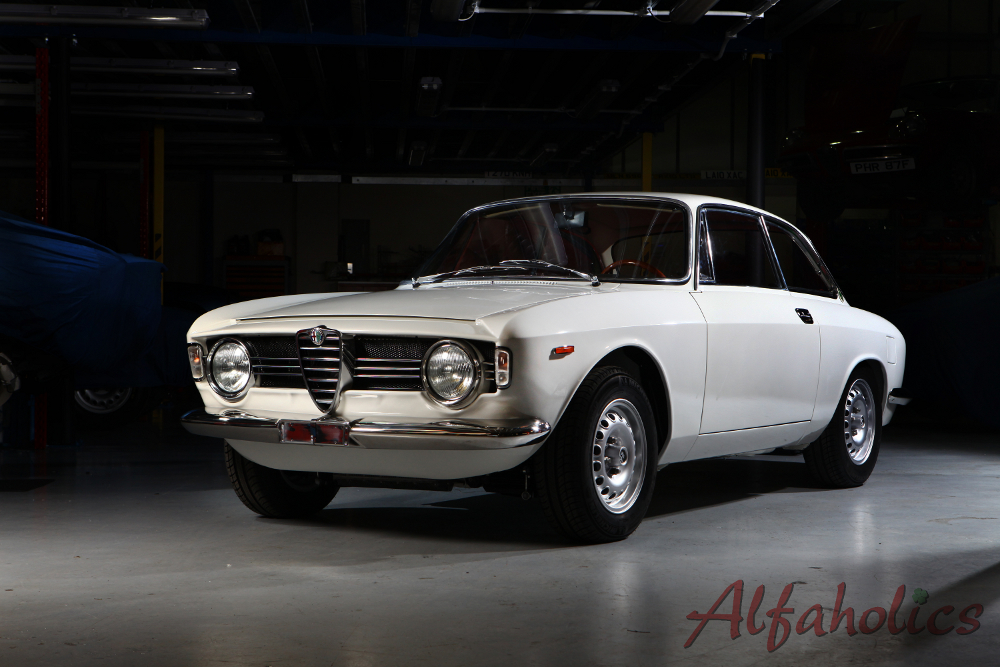 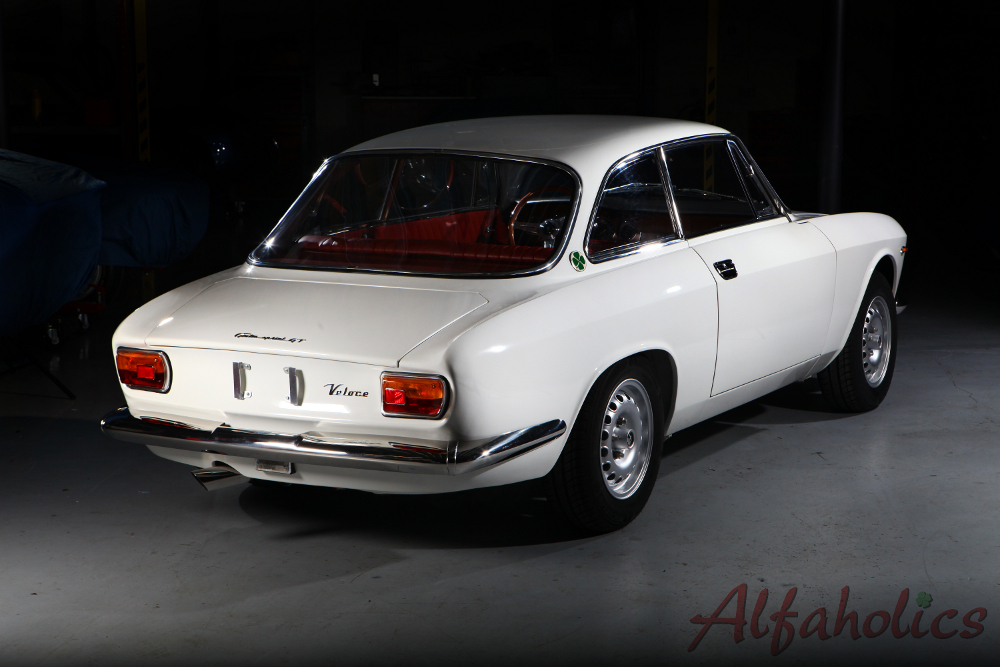 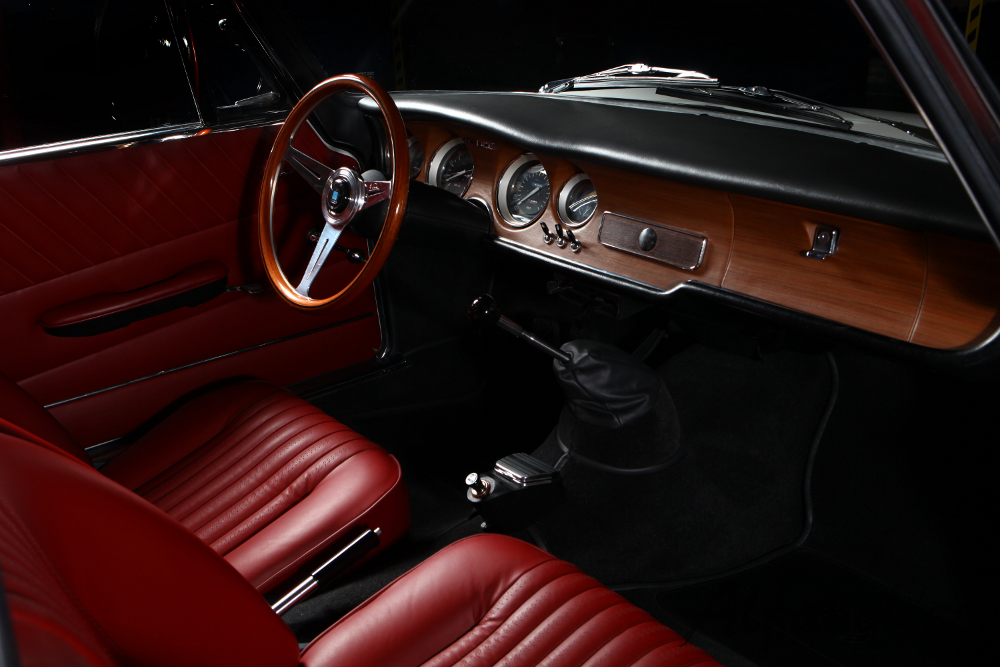 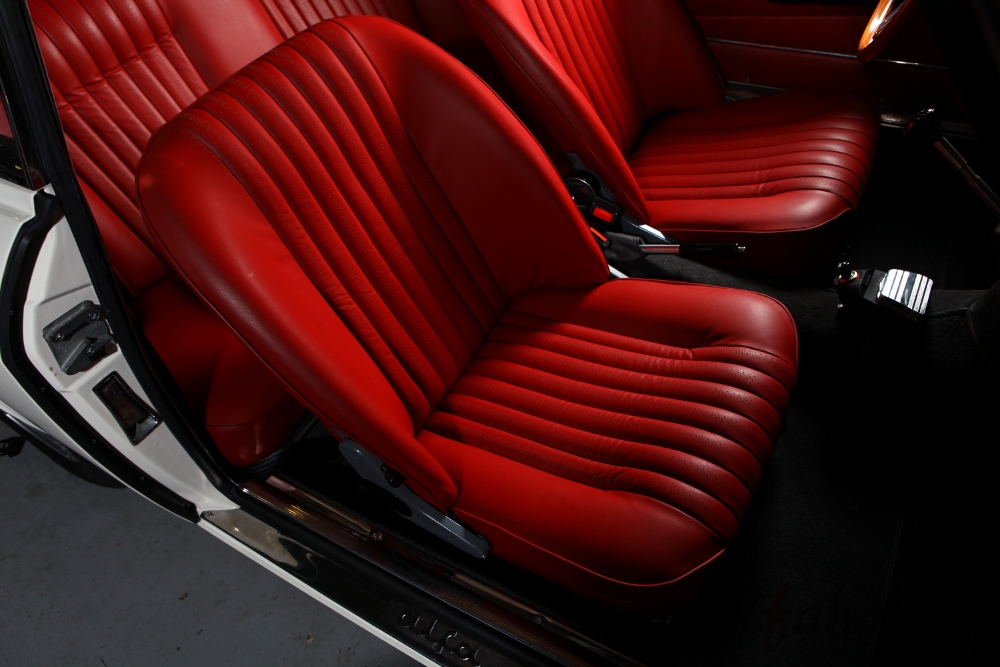 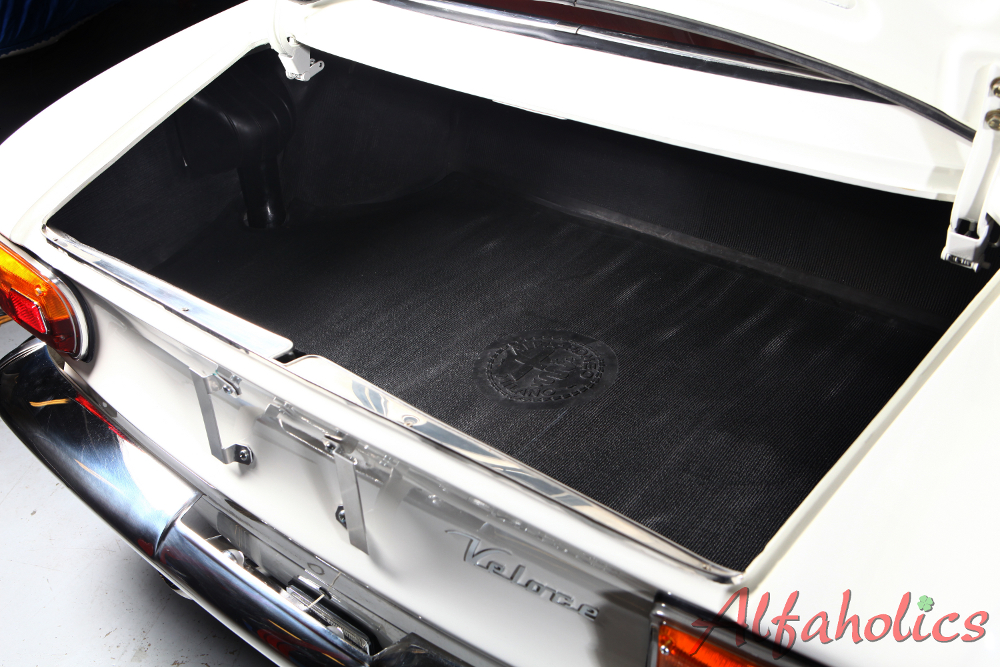 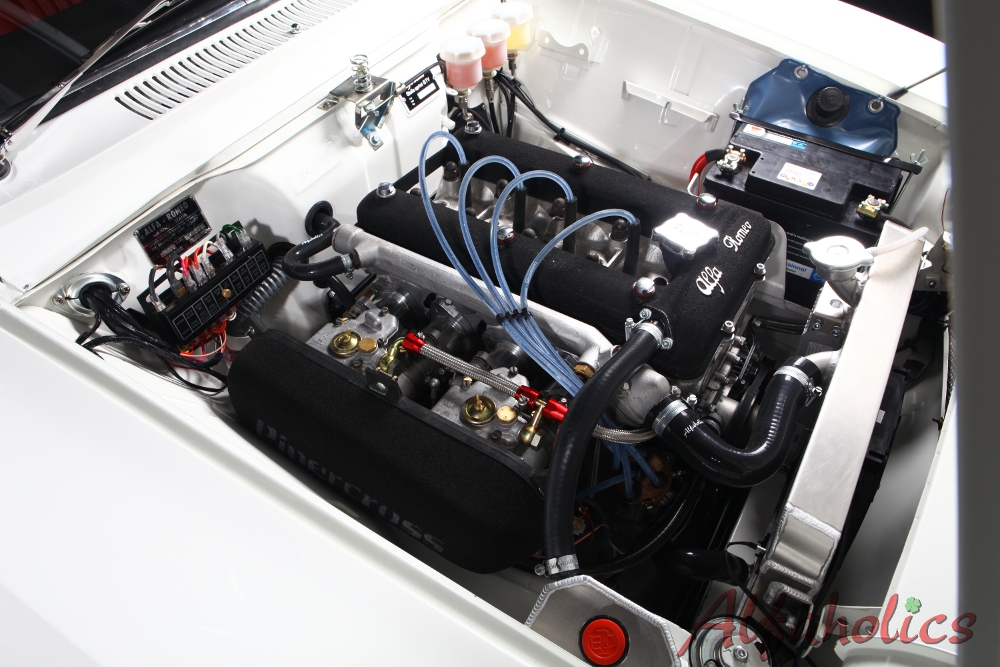 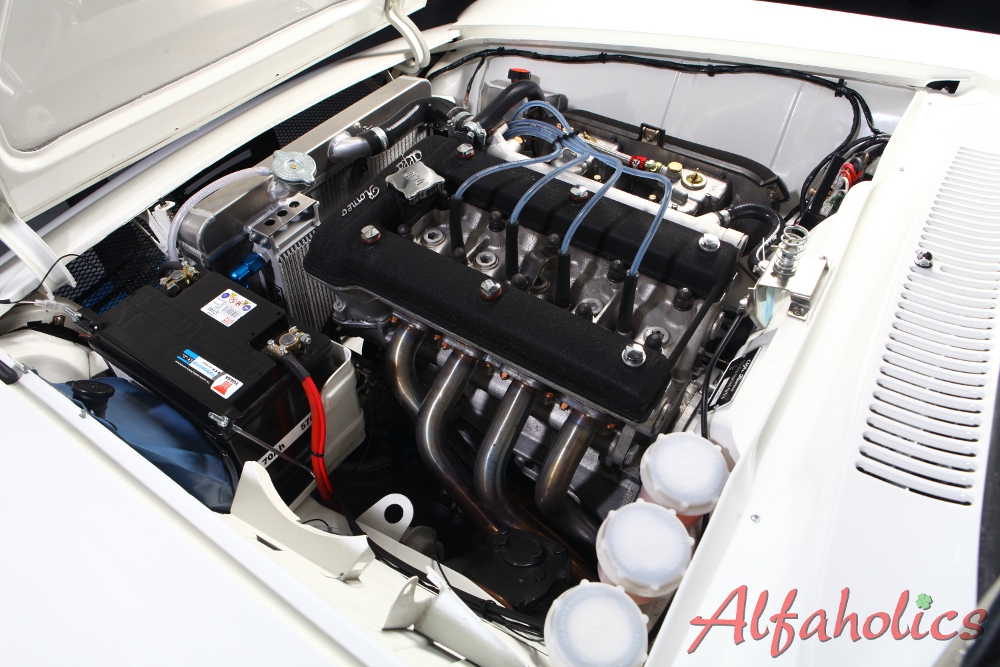 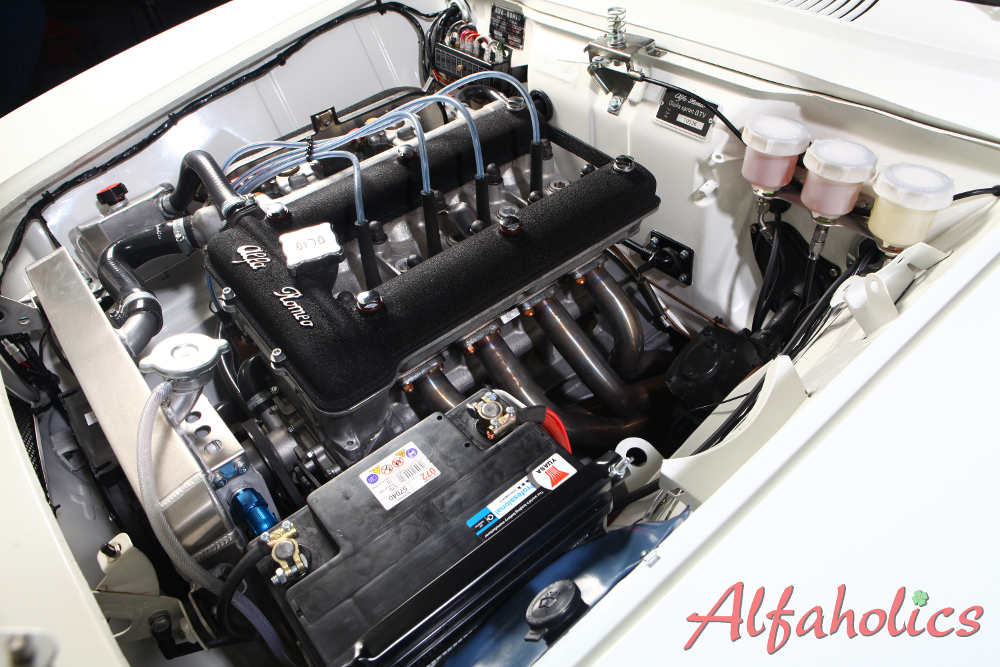 With the mechanical assembly completed, attention is turned to the brightwork and trimming. All stainless finishers are polished prior to installation and the interior has heat and sound deadening pads installed prior to carpet manufacture.

Sub-assemblies being picked and assembled prior to installation on bodyshell.

Car painted its original Bianco Spino 013, underside is finished in a high quality protective underseal and then top coat painted for a wipe clean finish.

With the shell media blasted we are able to have a good look at it and confirm what metal work is required. As expected, the car has lived a very gentle life and thus not much metal replacement is required.

Shell stripped bare ready for sensitive media blasting. As expected, the car is in remarkably rust free condition and having never been restored before, was a joy to take apart, no rounded off bolts or incorrect fittings. As seen in the photos below, panel gaps are all OE quality and even the standard corrosion areas such as the radiator cross member and sills appear virtually rust free with all original spot welds present. Cars like this are a perfect example highlighting the benefits of the experience and knowledge that we have at Alfaholics for sourcing good quality donor cars.

The donor car was sourced several years ago by Alfaholics from Europe and stored as part of our extensive donor car collection for Alfaholics build projects. The car, as with most of our donor cars, is in wonderful original condition, showing very few signs of having had much previous work done to it in its life. Having been off the road for an estimated 20 years, the car is of course in need of full restoration.

With its odometer reading just over 5,000kms, looking at the condition of the car, it is very likely to have only been round the clock thus totaling 105,000kms from new; just over 60,000 miles. First inspection shows the car to seem very un-rusty, even with all original factory spot welds present on the sills and rear wheel arches and very little corrosion in these typically bad areas.