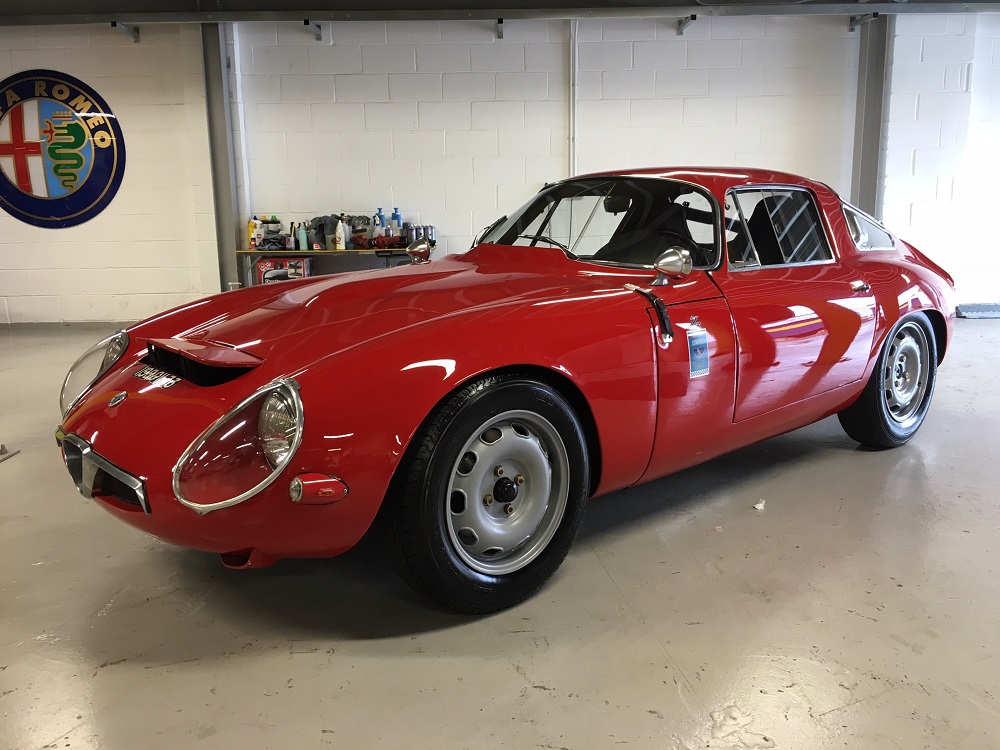 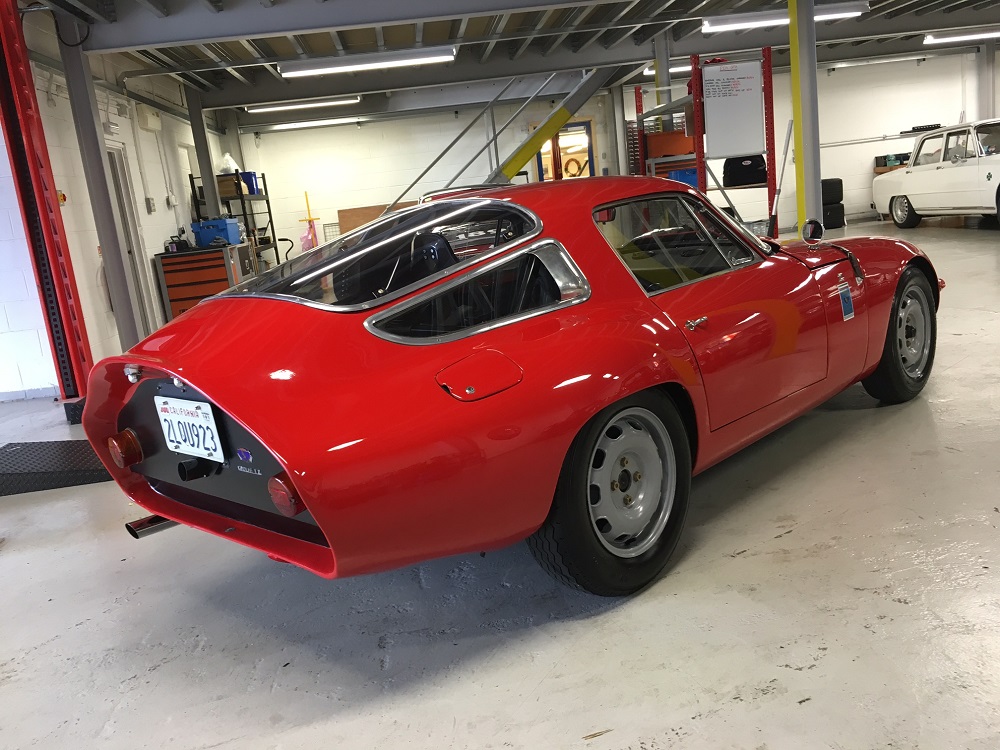 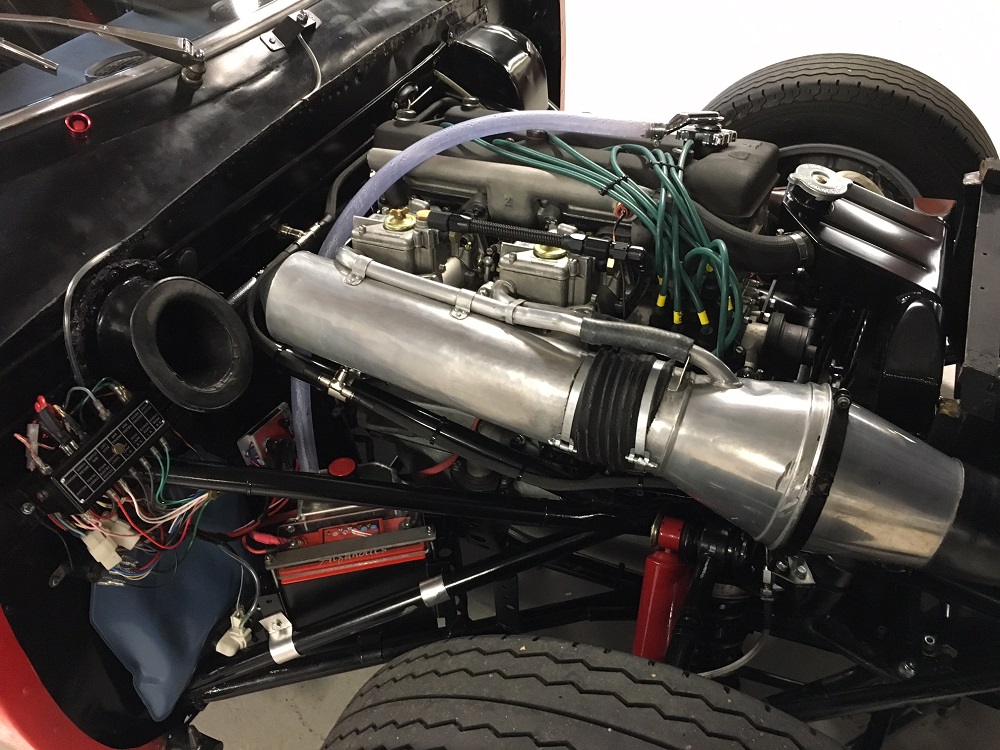 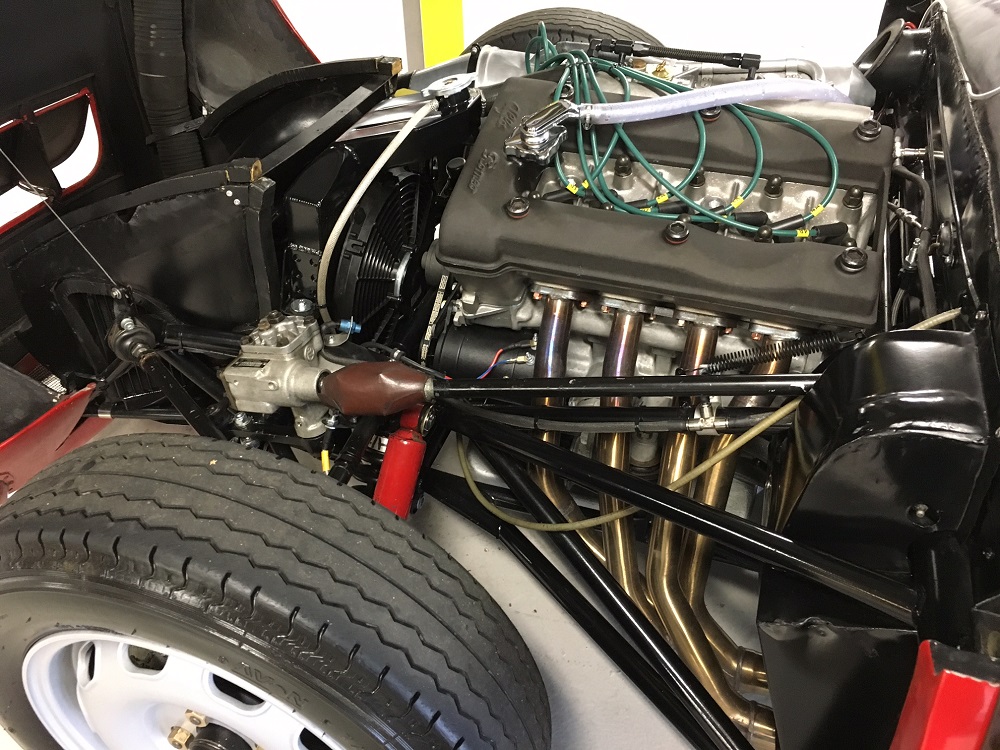 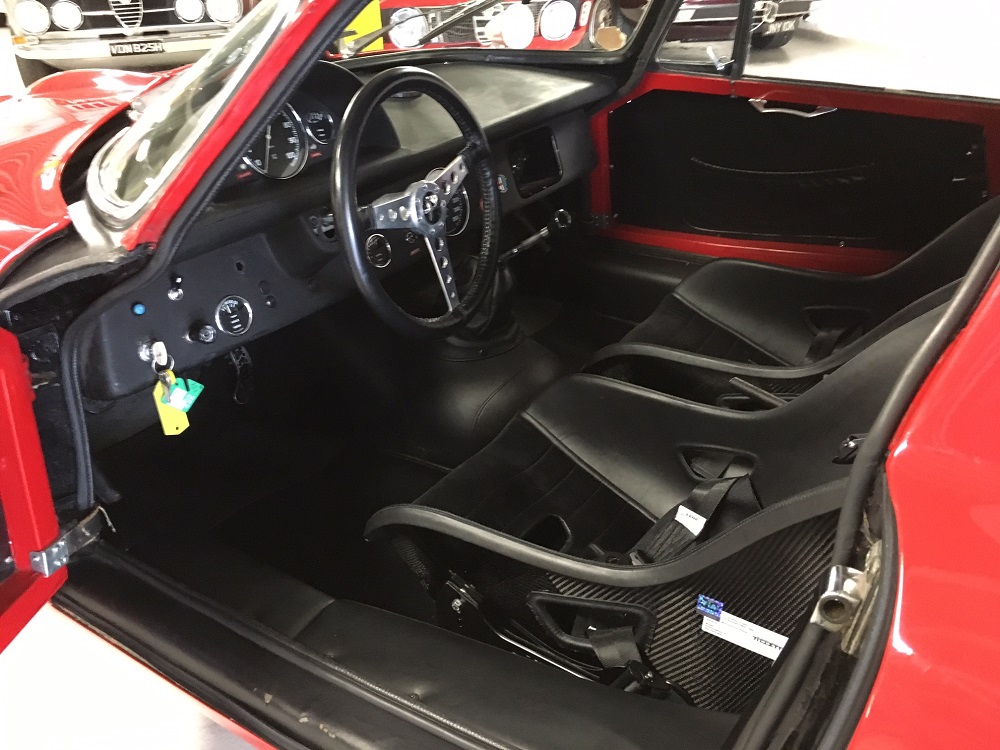 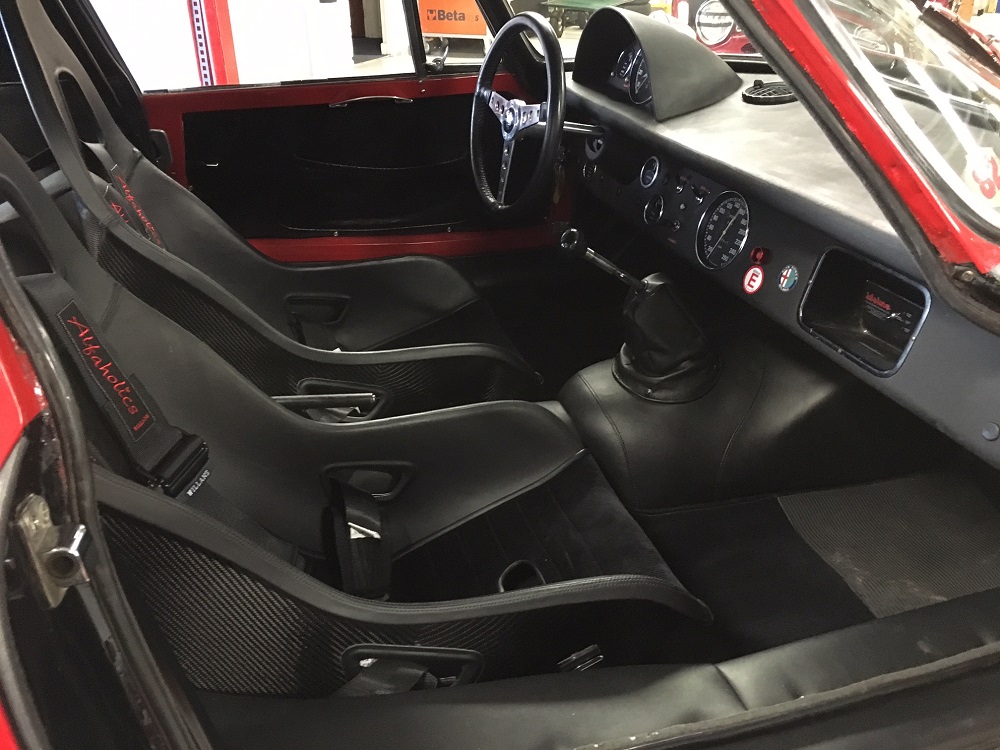 Our customer bought a TZ1 which had not been used significantly in a long time but was in very original condition as prepared by Conrero, for us to go through mechanically and prepare for competition use. Concerned about the fragility of the car’s original matching numbers engine and drivetrain, we were asked to install brand new crate drivetrain to retain the original parts in storage to keep with the car. On stripping the car down we found the front chassis out of alignment from an accident, which from researching the history, we found period photos of.

The front wishbones had been cut and modified to effect a quick running repair and adjust the front geometry, which although put the wheel back in the correct position in the arch, had knock on effects for the dynamic geometry of the front suspension.

First job was to strip the car out mechanically and install the chassis on our Celette jig to assess the misalignment, pull it straight and replace the damaged chassis tubes. We made a new FIA compliant roll-over hoop to replace the rather dangerously mounted period device. With this completed we went through all the mechanical components with a fine tooth comb, repairing the wishbones back to factory specification, replacing worn rose joints and other wear items. We built a new crate twin-plug competition engine, rebuilt the drivetrain to our top FIA competition specification, made new driveshafts and propshaft. On safety features, we manufactured a Kevlar foam filled FIA ‘bag’ fuel tank to fit inside the original fuel tank, trimmed neat narrow shaped carbon race seats in leather, installed a plumbed in FIA fire extinguisher system and FIA compliant kill switch. All magnesium cases were x-rayed to crack test, thankfully all parts passed with the exception of a wheel, thus the original magnesium wheels were put to one side and new Alfaholics magnesium TZ wheels were installed. We uprated the suspension with our uprated TZ antiroll bar kit and rebuilt all the brakes. With the assembly completed, the car was dyno tested and road tested to sign off as ready to ship back to the owner.