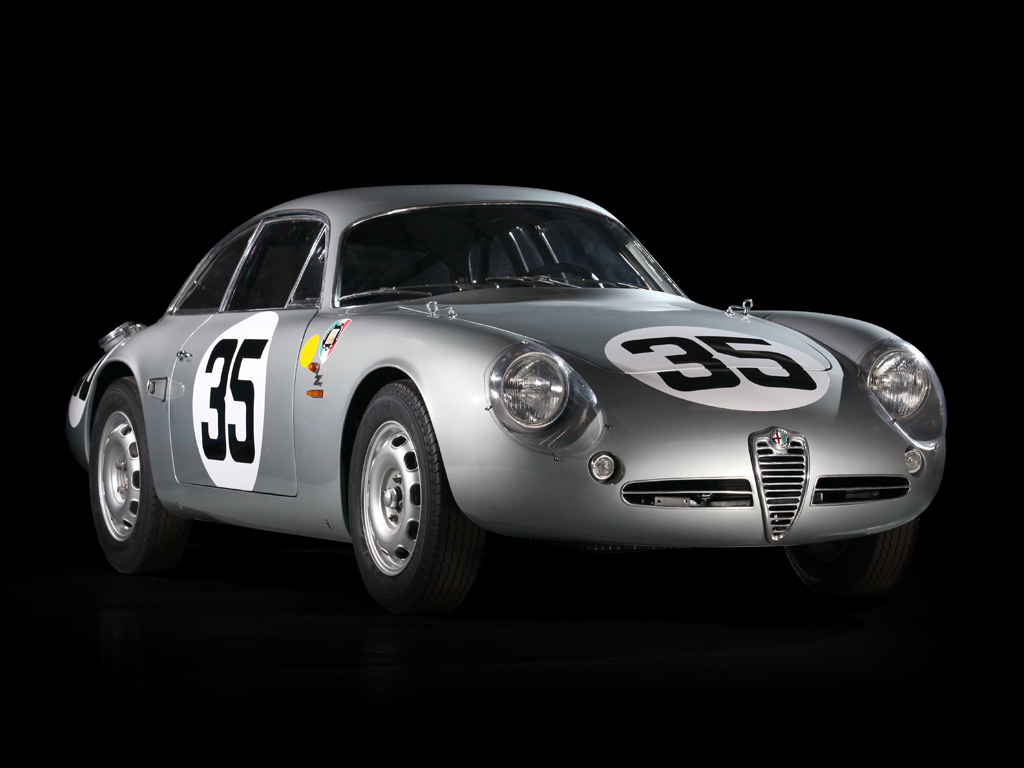 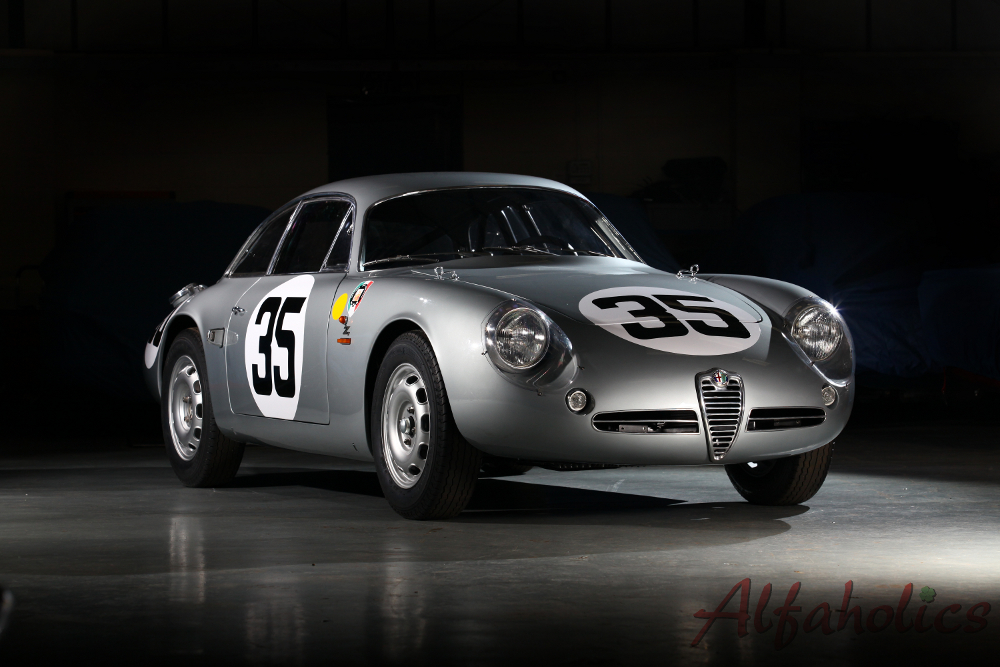 Original specification floor mats tailored by Alfaholics and installed. To do this properly, we sourced correct original pattern SZ floor covering material direct from the original factory mill in Italy to make the mats and sourced the correct rubber heel mats to stitch into the front floor pan mats. We custom made patterns for manufacturing the mats to ensure that the mats fit in a perfect tailored fashion, rather than the ill-fitting manner of original Zagato mats.

Door bars trimmed in correct SZ door card vinyl to make them blend in with the background and also avoid unsightly scratches in the future through use of the car.

Nardi Steering wheel bespoke trimmed by Alfaholics in black leather to achieve a steering wheel with virtually identical looks to an original SZ steering wheel but in smaller diameter and larger grip section. Little ergonomic improvements like this ensure both original looks and suitability for modern competition use is achieved from the build.

Dashboard repaired and re ‘crackle blacked’. The wobbly glove box hinge mechanism was redesigned to work nicely during this work. We found the original silver colour underneath the black paint on the screen inner finishing trims; this matched the photographic evidence from period colour photos.

Having found this, we stripped these trims and painted them their original silver body colour. The original seats were twisted and the original very flimsy Zagato runners welded to the frames were in very poor condition. To repair them and make the runners suitable for safe driving would have resulted in the majority of their originality being removed. To avoid this, we have kept them in their exact & very original condition to be returned with the car and have made a pair of new SZ seat frames to trim and use with modern FIA safety runners.

Centre heart and side grilles installed

All the original brackets and mechanisms have been acid dipped and then either plated or powder-coated.  Every component has been fully restored prior to installation in order to return the car to ‘as new’ condition.  We have also made engineering improvements where appropriate to ensure optimum performance and reliability under racing conditions.

All wishbone parts cleaned and assessed for wear and condition. Aluminium castings sensitively vapour blasted to remove old over spray from a previous body repaint, yet retain the years of lovely patina in the parts.

Suspension built up and re-installed

After the aluminium work was completed the shell went through intensive stages of paint preparation to ensure that all surfaces including the inside and underside of the car were absolutely perfect prior to paint application. The paint once applied, had a full wet flat and polish finish as per all Alfaholics restorations to ensure the paint is flawless.

Customer requested option to have both original cast style and later fitment mesh centre heart directly interchangable. Later fitment centre heart had to be remade by profiling a billet of aluminium – original was not reuseable as it was not symetrical and cracked.

Rear end starting to be fitted up

Rusty A-Pillar bases repaired with new sections being made. Zagato originally notched the sill edge to clear the door frame when the door is fully opened, this had not been done in a previous repair so had damaged the door frame, we are putting the correct notches into our new sills.

Doors being aligned to set A-pillars.

Rear wings repaired, the original deep arch profile had at some point in its history been changed to a different style. Our customer requested that this later style be kept, so we remade the arches to meet the standards our top quality workmanship in this later styling.

With the body removed for the first time in its life, the condition of the steel underbody could be assessed. Generally it is in good condition considering it is now effectively 50 years old, but as expected there was light corrosion on the tube work that supports the aluminium body especially in the areas where Alfa/Zagato had not put any surface coating on the steelwork. Bad corrosion was found in the ends of the sills along with some small corrosion in the floors.

Arrival at Alfaholics and Stripping To A Bare Shell

Its new owner competed with the car at the 2009 Le Mans Classic but was frustrated with a number of performance and reliability issues. He therefore decided that the car needed a full rebuild. He instructed us not only to restore the body to bring it back to its former glory, but also to prepare the car mechanically to the very highest standards in order to be ultra competitive and reliable.

The car as delivered to Alfaholics

The wiring was a particularly bad mess on the car

Stripped to a bare shell, ready to have body removed

Previous poor quality under body preparation found throughout car, as well as evidence of bad quality weld repairs to the front panel.

Original holes for door mirror found which was fitted on an angle, presumably to aid visibility. We will reinstate this in the rebuild.

The car was a Scuderia St. Ambroeus team car in period. It was entered by the Scuderia at the Le Mans 24 Hour race in 1963 as no. 35 driven by Giampiero Biscaldi & Sergio Pedretti and although running well was disqualified for taking and oil top up too early in the race. It was also entered for the Targa Florio in 1964 by the Studeria driven by Girolama Capra & Luciano Galli finishing 21st.