Bo Johansson is a long time enthusiast and Alfa freak! When I started racing (my first race car was a Mod-Sports Frogeye Sprite) he was often Clerk of the Course and using his Giulietta Spider as Course Car, at the Falkenberg track, some 90 kilometres south of Gothenberg.
Bo has been a power generation engineer all his life and at that time he was part of a team building the Ringhals nuclear power plant in that region.

Bo Johansson at the Alfaholics Trackday 2007 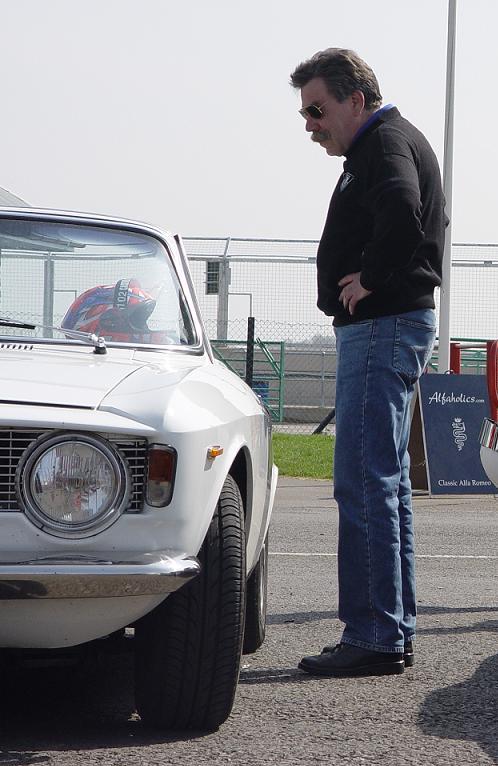 All this time his home base was Finspong, 200 kilometres southwest of Stockholm, and that’s were he’s still active as an engineer at Siemens. Today he, together with the garage cat Enzo, resides in an old Baptist church that he has turned into both living quarters and workshop.

We met again in 1986 when I had the pleasure to award him top honours in the Concours d’Elegance at the “Sportcar Show” at Mantorp.
Automobil, the magazine I worked for then, were main sponsors and the Alfa Montreal he restored was outstanding.

Bo’s price was a week in Italy courtesy of Lancia, and when that trip took place in the spring 1987 I was picked as Bo’s travel partner to take care of everything. We had the most wonderful time, visiting Alfa, Lancia, and Ferrari. We were introduced to Grappa by Ing. Pleterski at Lancia, and to Lambrusco and Tiramisu by Mr De-Franchi at Ferrari. We even caught a ride to Florence and back with a Ferrari test driver sorting out a troublesome Ferrari 412… No wonder we became friends!

Soon after that, I got word of the wreck of a 1300 GTA race car in a warehouse outside Stockholm. It was banged up but almost complete, Bo bought it for next to nothing. It had been raced in Holland, and you can see it before and after restoration in the “Allegerita”
book. Working on the GTA made him one of Sweden’s leading experts on GTA’s, and when it was finished he helped restore one of the TOPCON 1300 GTA race cars. Today both his own, and the TOPCON car are in Japan.

In the midst of that we got together again and he helped me build and race a very successful 2000 GTV “GTAm look-a-like”. We were overall Swedish Champions in the 1965-72 Saloon Class 1998 & 1999, beating BDA Escorts, 3-litre Capris, etc. At the same I bought an ex- Autodelta 1600 GTA and Bo helped me sort it out. But in the end we decided not to race it, sold it to Gothenburg and got an FIA, race- ready, 1600 Sprint in part exchange. We ran that with moderate success for a couple of years, but after the 2000 GTV it felt plain slow!

So, with that car now sold to Oystein Hagfors in Norway, Bo is completing an accurate Replica GTAm that I will race. We hope to do a shakedown later this year… 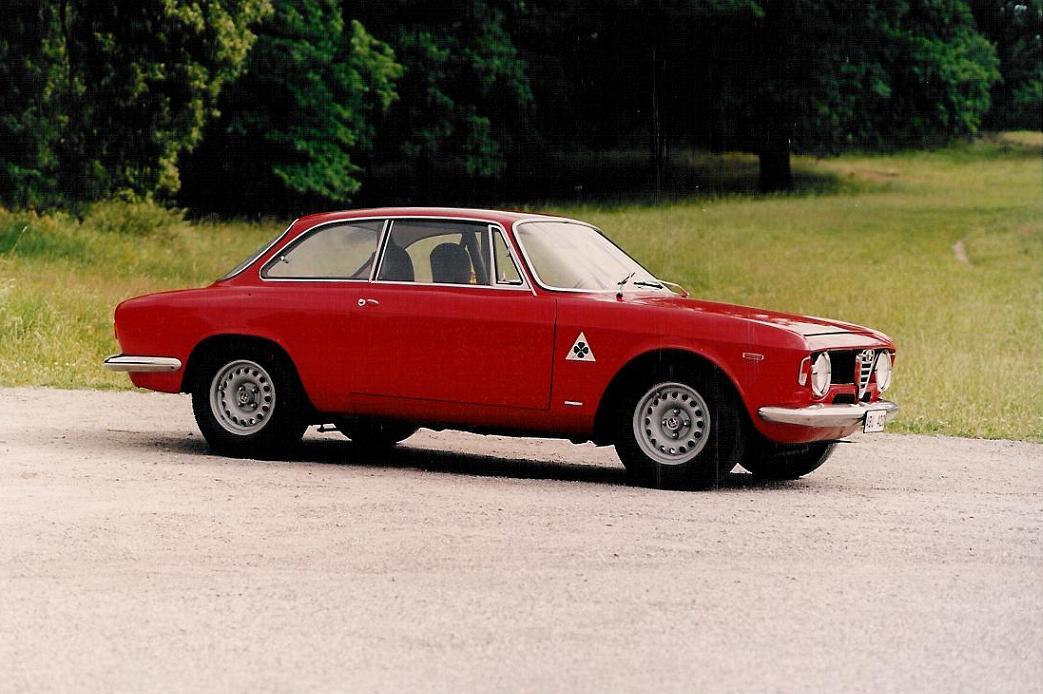 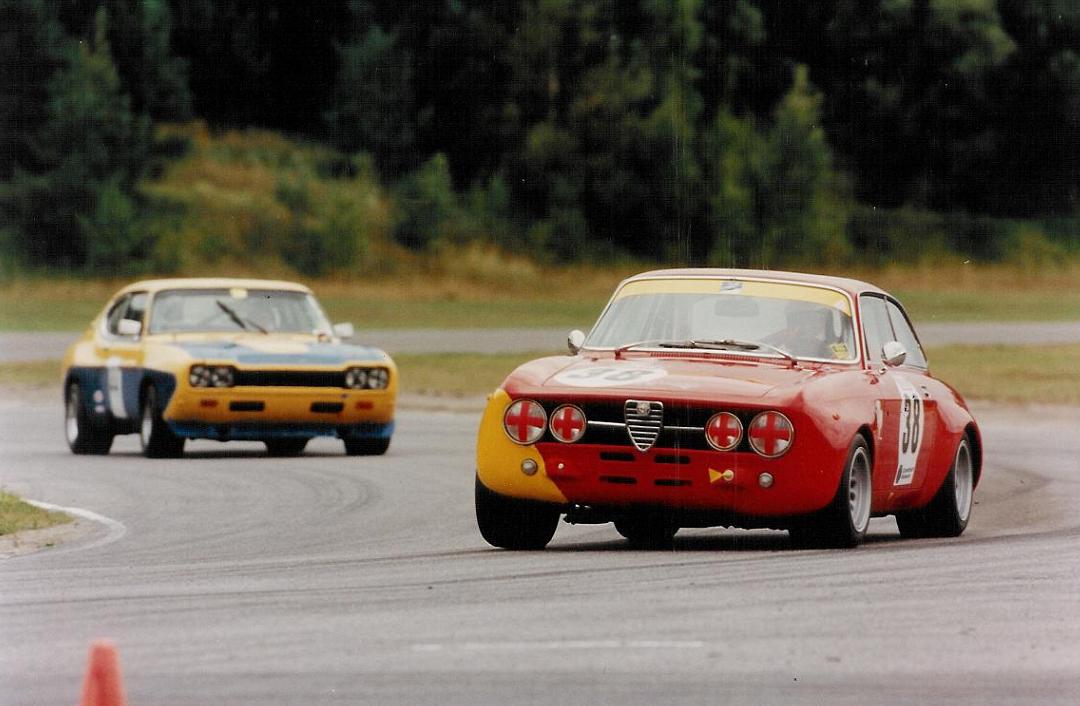 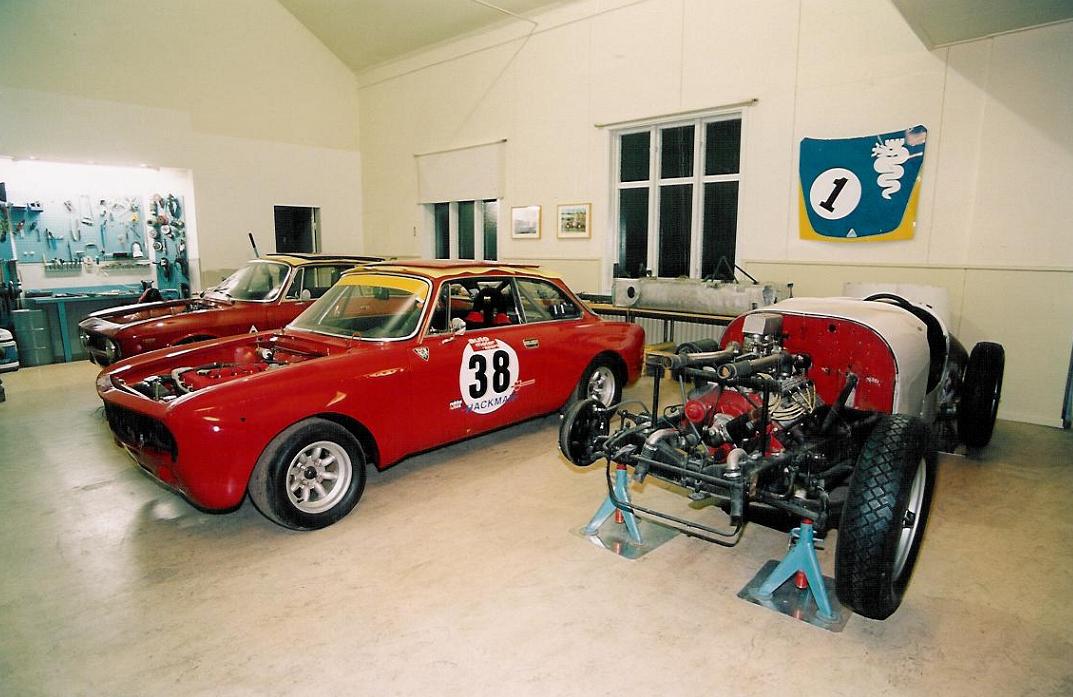