Over the last few years we have seen the gradual withdrawal of performance 14” tyres from the market, only to be superseded by a tyre that is unavailable in 14 inch. Firstly, the Yokohama A520, then the superb Bridgestone Potenza RE 720, quickly followed by Yokohama’s A539. This trend will only continue with performance tyres around the world becoming harder and harder to source. This will realistically limit 14” wheels to non-performance cars for there is little point in spending good money upgrading the suspension, engine and brakes of your 105 series car, if you cannot transmit the capabilities of these products to the road properly!

With this in mind, a seed started growing some while ago at Alfaholics to produce a 7×15” lightweight aluminium GTA wheel. A huge amount of time, effort and research has gone into the design of this wheel. It had to fit the widest range of 105s, after all, we know that all models are used as performance cars, not just GTs after 1967 which have the easiest rear wheel fitment.

Full size resin models were made so that we could perfect the visual appearance of the scaled up 7×14” Alfaholics GTA Corsa wheel. It was essential to keep all the character of this wheel when designing the new 7×15” version. The picture you are looking at is the final 3-D rendered computer drawing of the wheel and shows exactly how it will look. Stunning! 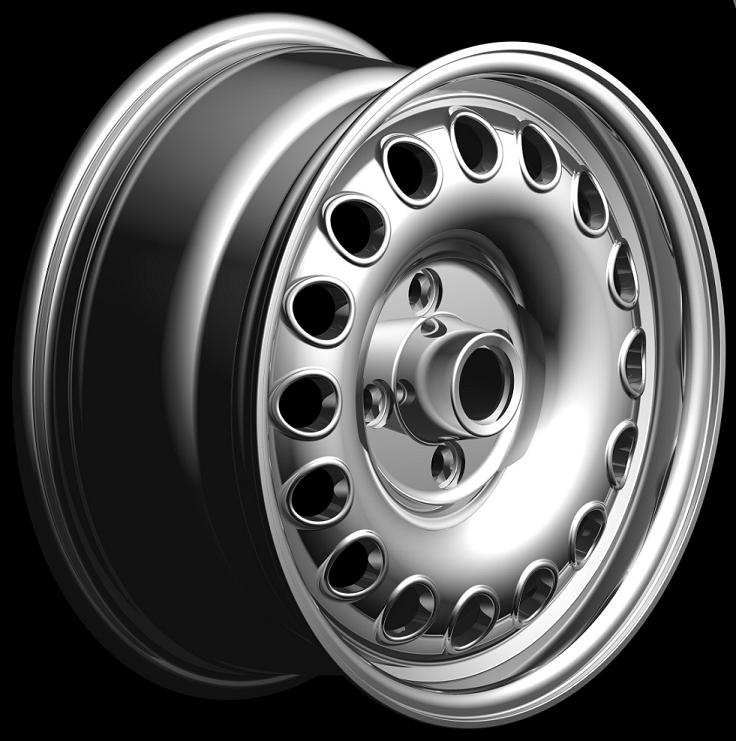 We further knew that weight was an important issue. We had a fight on our hands to make such a solid wheel of this size sufficiently light, when its target market is performance and racing clients. We finally triumphed and are delighted to announce that the wheel is just 7.5kgs (16.5lbs)! This has been achieved by incorporating small ribs in the back of the wheel, very much like the original sixies design, that allowed the wheel to be made thinner in cross-section. The beauty of this thin cross section is that it has aided the visual appearance of the wheel, by making the holes look less thick. 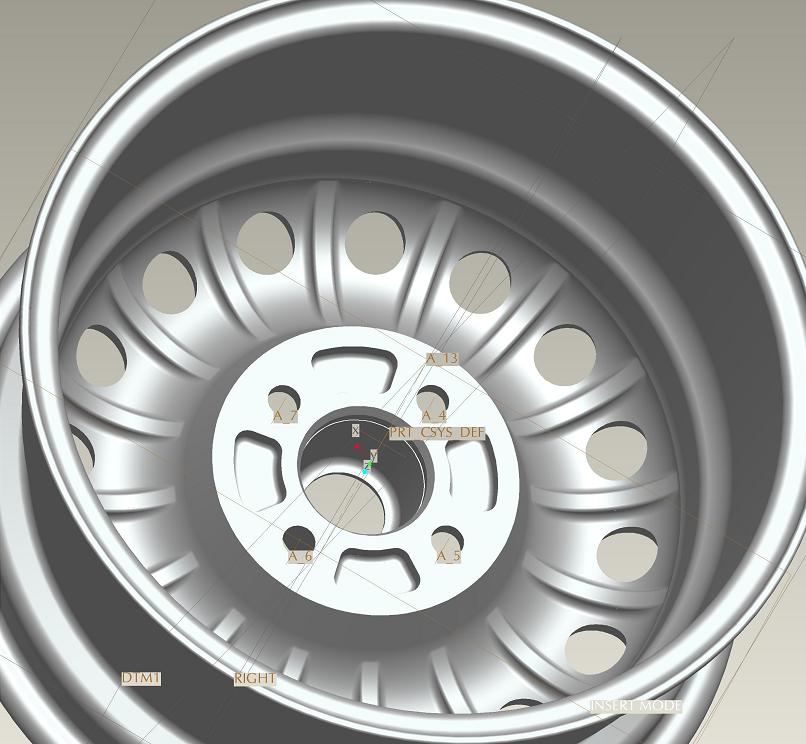 Being 15” diameter removes all steering ball joint clearance issues on the front of normal 105’s without GTA type steering arms, which has allowed us to produce the wheel to Alfa’s original design offset of ET29. We realised, however, that this would remain a problem on the back of lowered pre ‘68 GT’s (with deep rear arches), as well as all saloon models. Accordingly, we have incorporated into the design, the ability to make the wheel to ET35. Thus, there are two different offsets available. This will ensure the VELOCE wheel fits ALL models. Suggested tyre sizes are either 195/60 R15, (195/55 R15 for those wishing to gear their car back slightly), or 205/50 R15 for race application. The wheel will be TUV approved for the German market and to illustrate its overall strength and integrity.

The wheel is being manufactured in the latest state of the art UK wheel factory which already supplies OE wheels to Aston Martin, Lotus & Bentley. Quality will be like no other previously seen in the classic car aftermarket wheel world!

The VELOCE wheel will be available from the beginning of June and we expect demand to be high. Retail price will be £140 per wheel including end caps and circlips with trade discount available. Orders are being taken now for the first production run and a deposit of 25% will ensure delivery from the first batch!