For the 5th spring Alfaholics Trackday there was one major change to the ever popular format. This year, the trackday was purely for 105 series Alfa Romeos. Having previously accepted bookings for 101s, Alfettas and 75s, we found ourselves turning away customers with their 105 series cars. As a result we felt that for 2006, it was finally time to make it purely for 105s, which is of course our passion!

An extra twist for 2006 was the group booking of 14 Norwegian customers who came over in 8 cars, signing up through the excellent Norwegian magazine Carburetti. The Carburetti crew was coming across to write articles for their magazine on the Alfaholics company, as well as Richard Banks’ 1600 GTA & GTC, and Max’s GTA Replica, not forgetting the trackday itself! Initially I had underestimated the distance of their trip to come and visit, thinking that a 15hr ferry to Newcastle and the resultant seven hour drive down to Bristol was the total of their expedition. However, after a conversation with Carburetti editor Christer Lundem, it transpired that they had to drive for at least 6hours through the snow in Norway, on winter tyres just to reach the ferry! A quick pit stop was then required to change!

This meant that the Alfaholics trackday had turned more into a long weekend, and due to its huge success, a format that is likely to be repeated next year! The group successfully arrived in Bristol on Thursday evening, a mandatory Italian restaurant followed with more than a few bottles of wine and an ‘early’ night! After herding the 8 Norwegian cars right through the centre of Bristol out over the famous Brunel Clifton Suspension Bridge, friday encompassed a trip down to visit Alfaholics in Devon and some fast back road driving on Exmoor. This gave the photographers some breath-taking scenery to shoot for the magazine front cover!

Saturday proved to be a great success. The 105 only formulae was, without exception, hugely successful. The paddock was still a hive of activity all day, the proof of which was the Tavern Restaurant serving some 300 meals that day! Again the sun shone throughout and once some early damp patches had disappeared, the track conditions remained superb.

After initial familiarisation laps for those who were new to the circuit, the track was opened up to the full fifty one 105 series Alfa Romeos for the day!

The lunch break provided an opportunity for any Alfa drivers who had not signed up for the trackday, but who were attending as spectators, to try the circuit for 8 parade laps. This also gave some great photo opportunities (see below)!

The Alfaholics 2.0 Sprint GT Racer was fitted with a passenger seat over the winter. Along with Max’s Twin Spark GTA Replica, the two cars became the ‘Combe Taxis’ for the day, offering high speed exhilarating passenger rides for a large number of people!

For the Norwegian group a night out sampling Bristol’s vibrant night life in the superb ‘Luna’ private members bar ensued, before the drive back to Newcastle on Sunday and a choppy ferry ride home on Monday. Phew!!

Photos of all cars are available from John Gaisford – 01225 743400 (just provide a car registration number!)

Friday’s fast back road driving on Exmoor for Norwegian visitors – stopping for a break and some photographs amongst the breathtaking scenery! 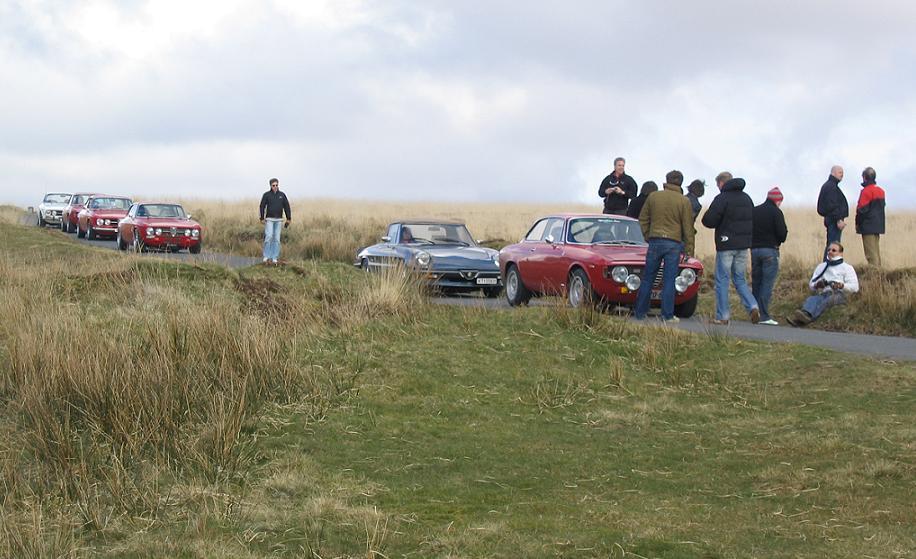 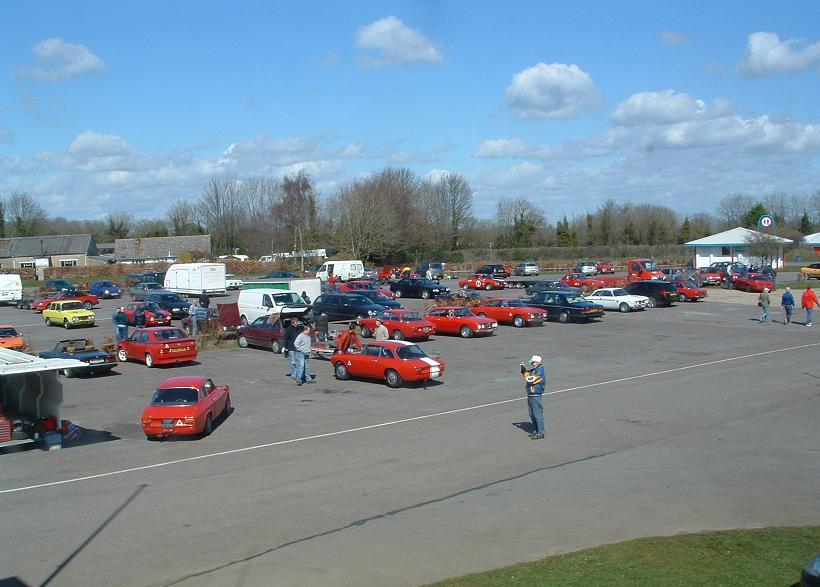 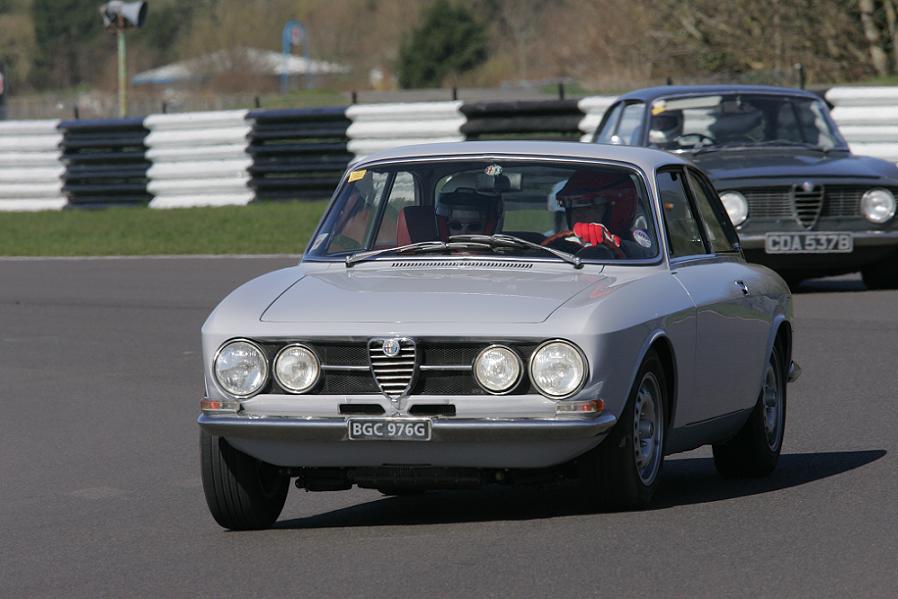 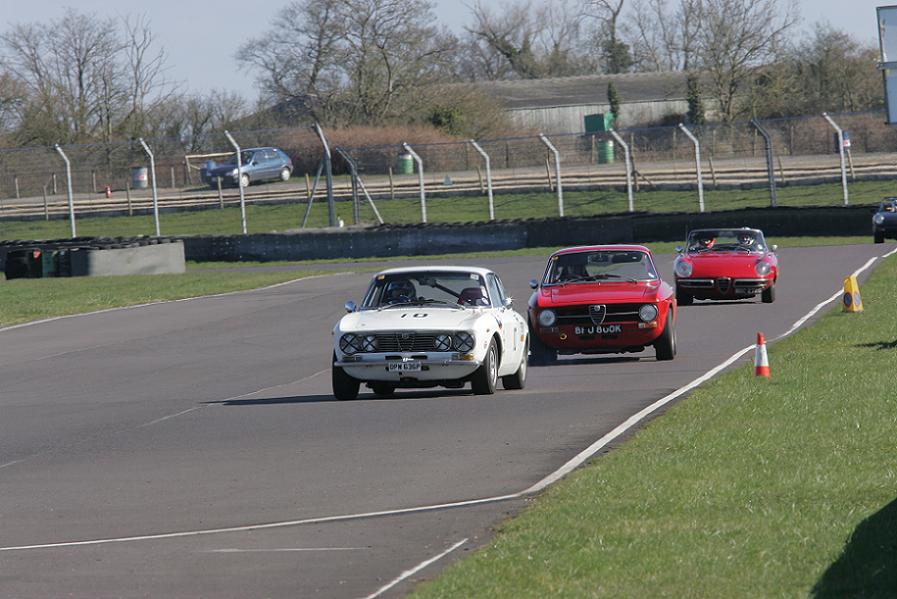 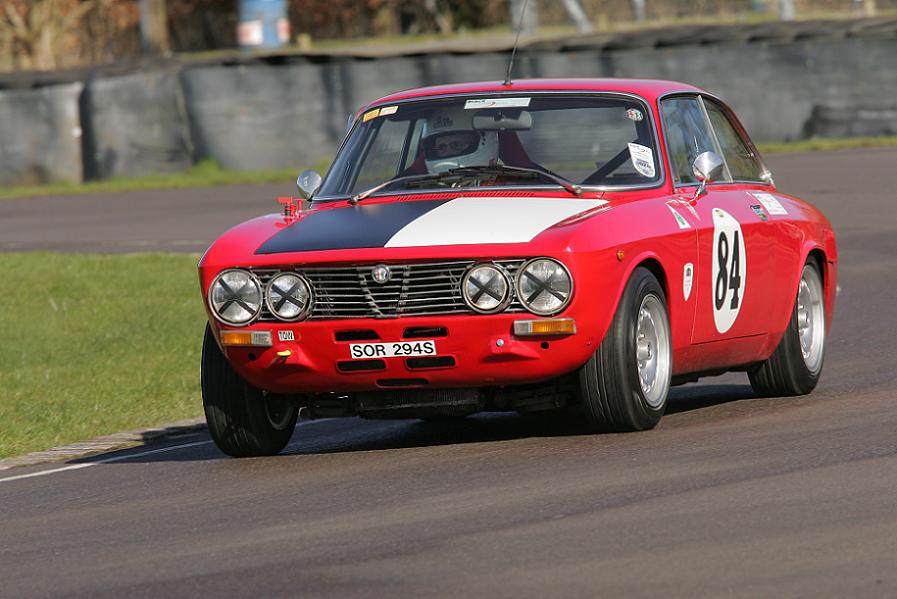 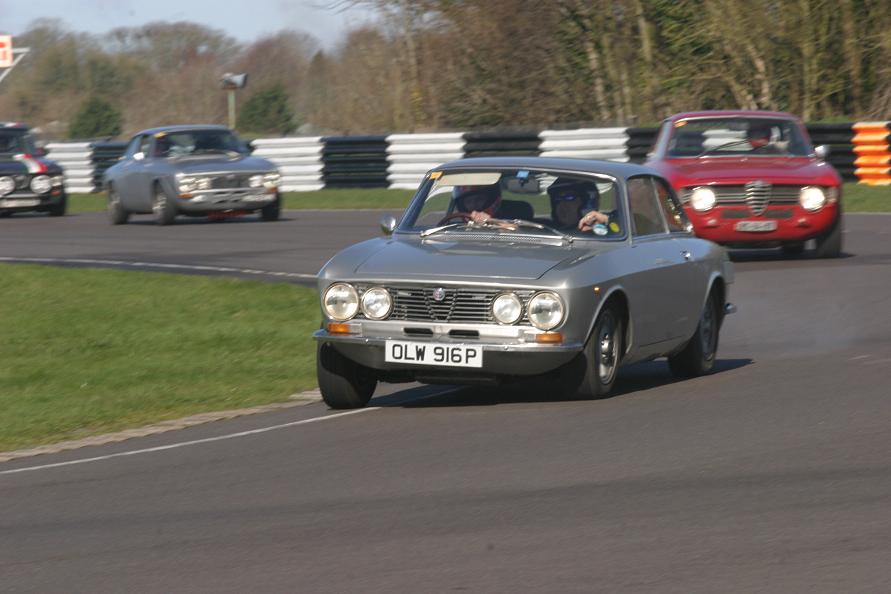 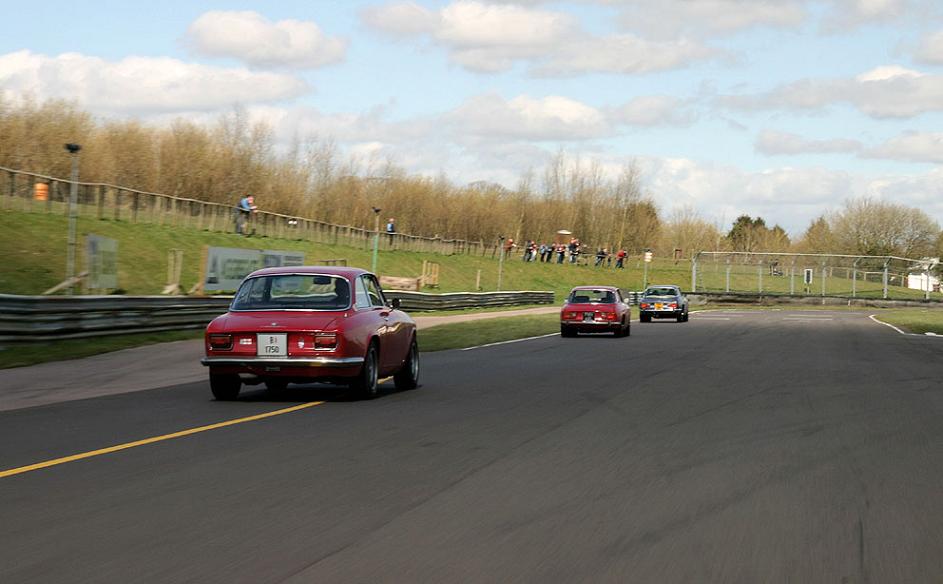 Plenty of foreign cars attended the trackday, here Arnoud van Leeuwen’s Dutch 1300 GTJ leads one of the many GTA Replicas to seen on the day! 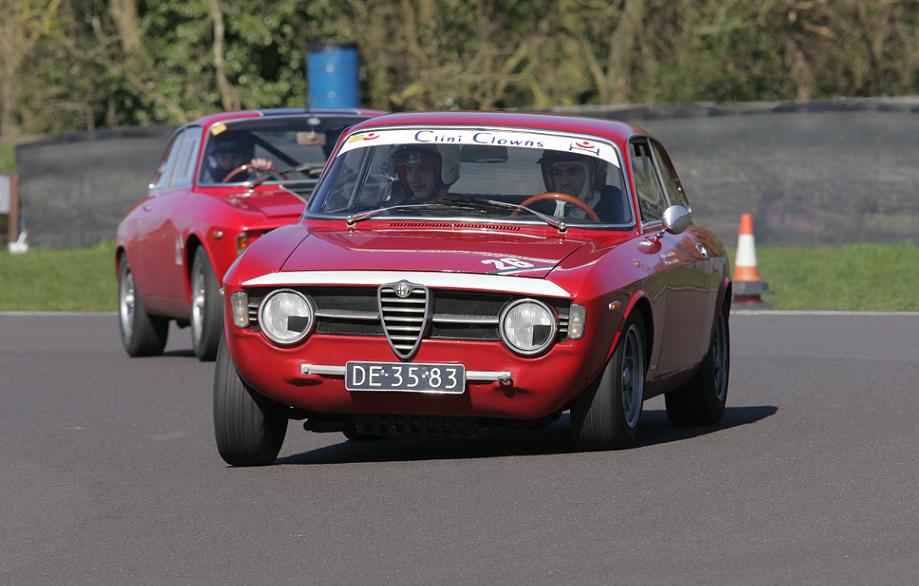 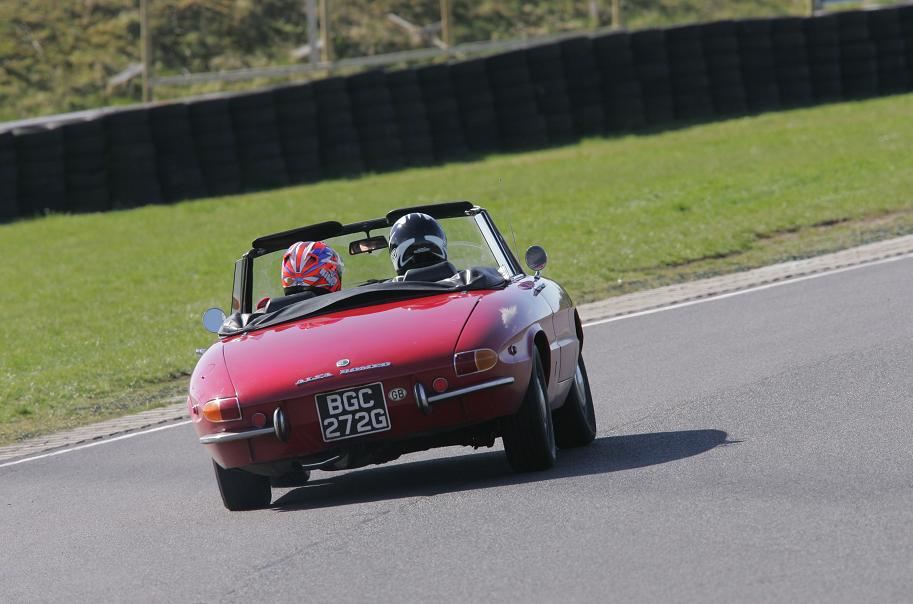 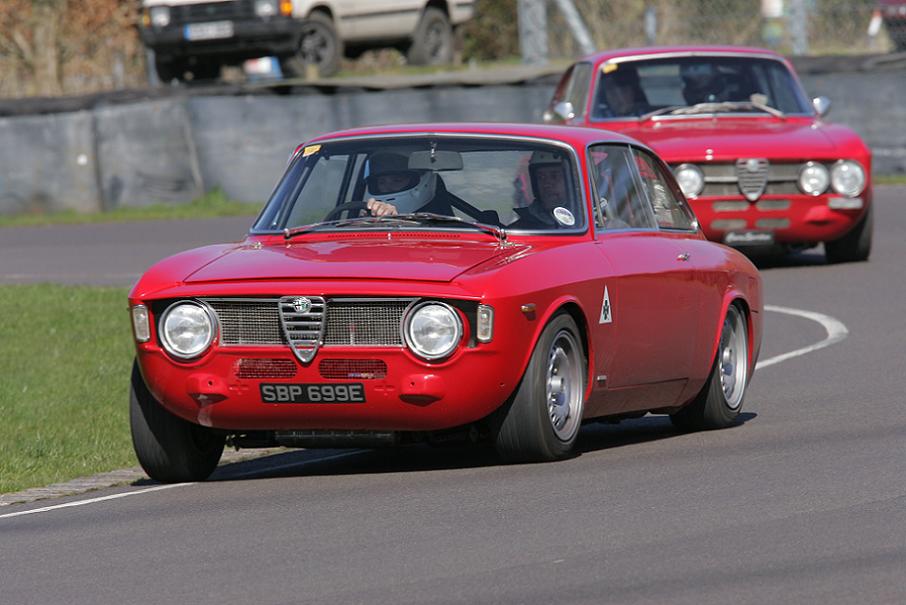 Spiders were again plentiful this year, here Jim Spackman follows John Bruce who had come all the way from Scotland for the day! 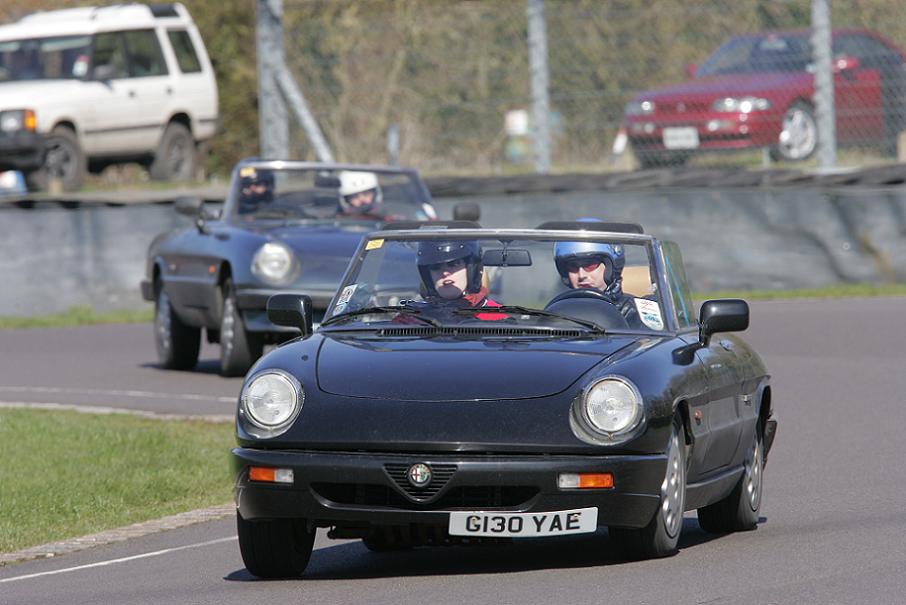 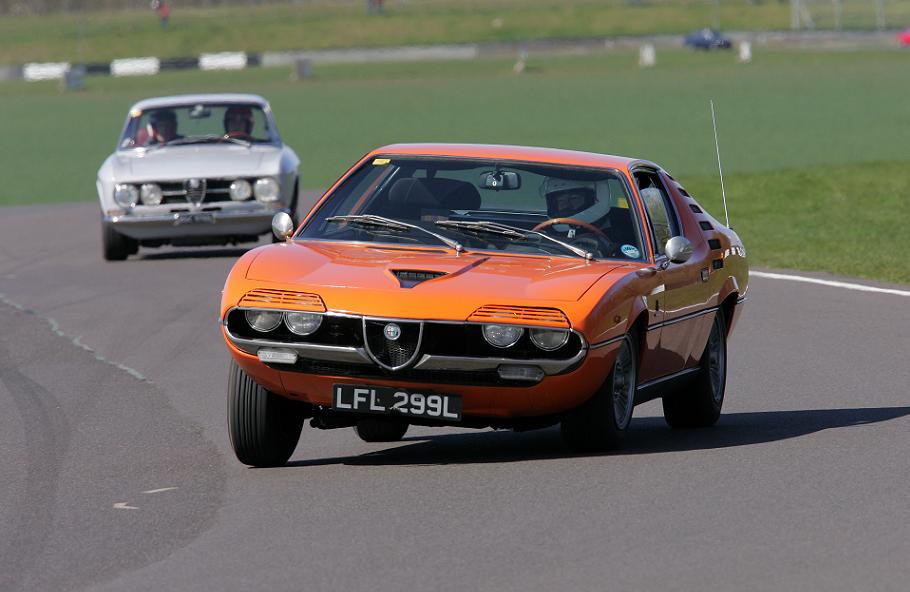 The lunchtime parade gave an unmissable opportunity to get such a broad range of Alfa Romeos together! 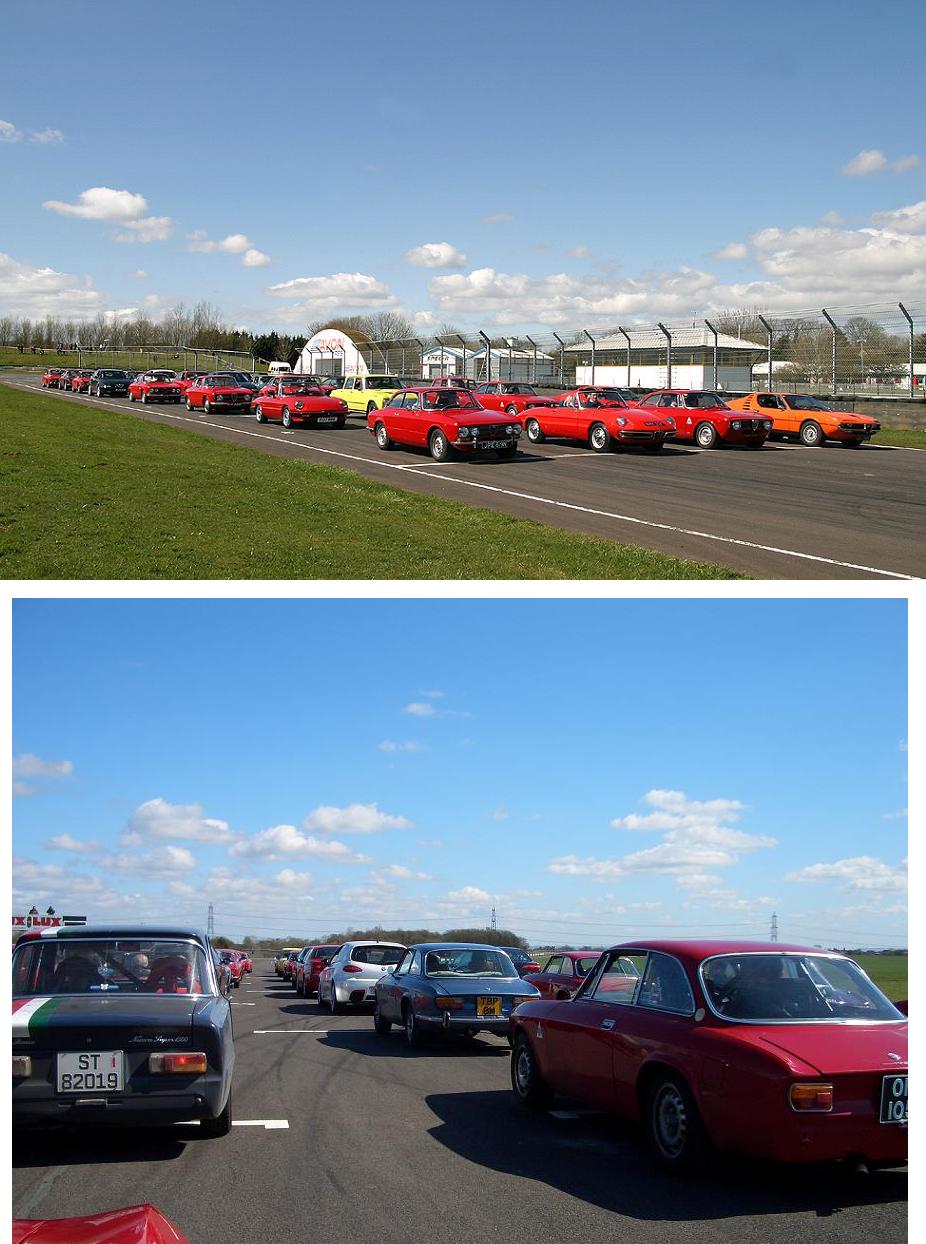 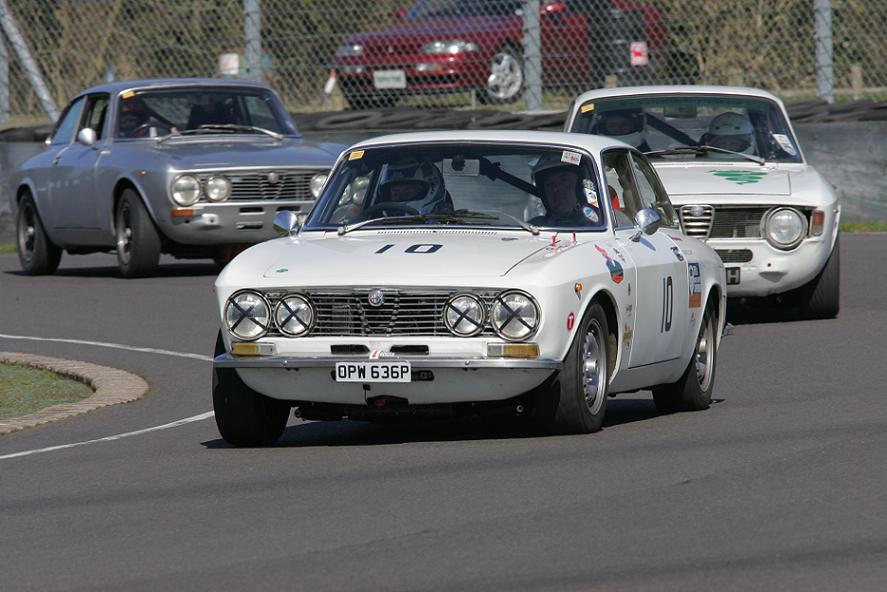 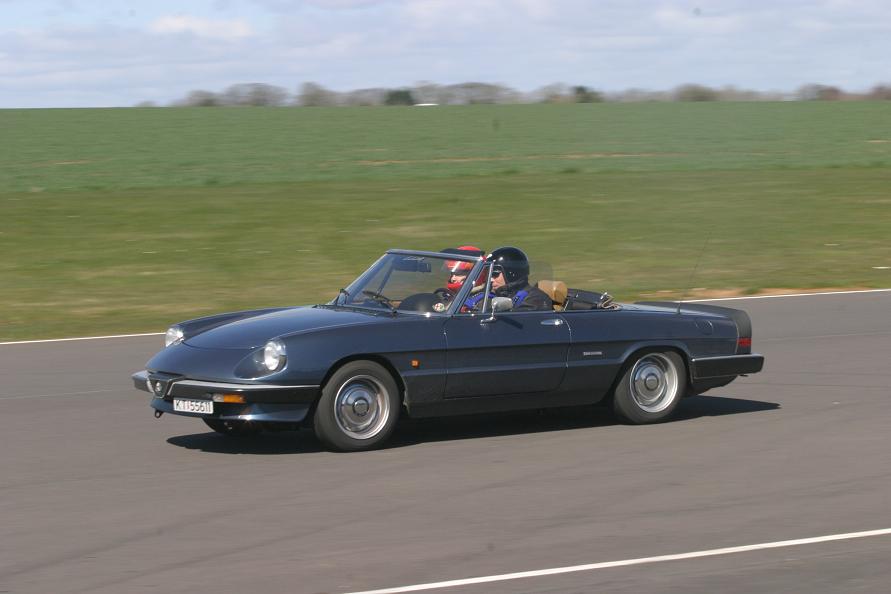 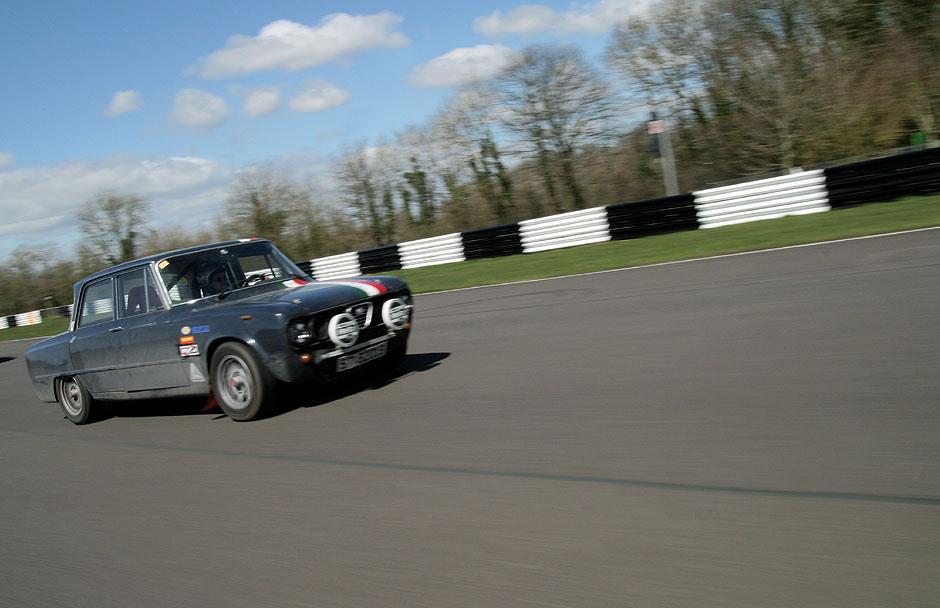 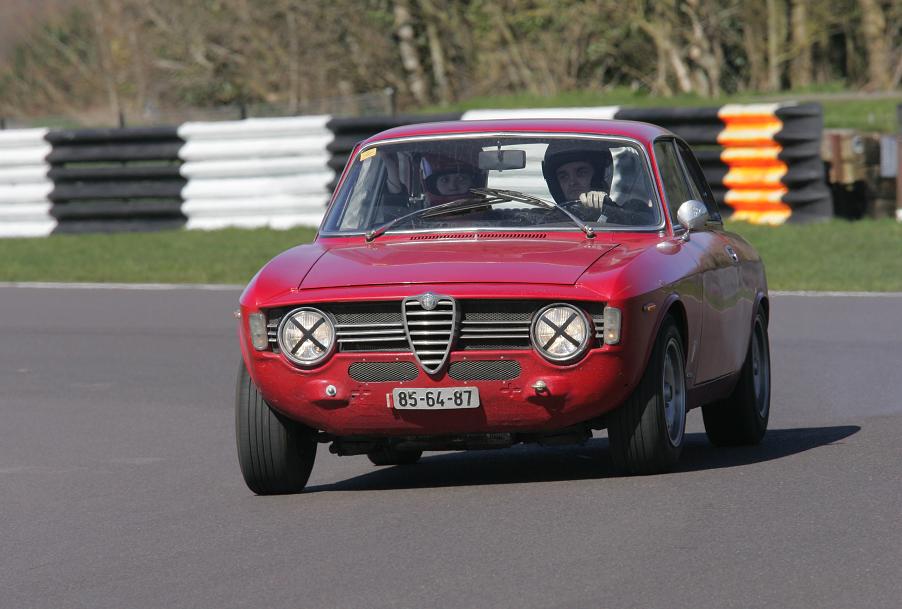 Many ‘smiles’ per hour for Thomas Higgins in his perfect 1750 GTV! 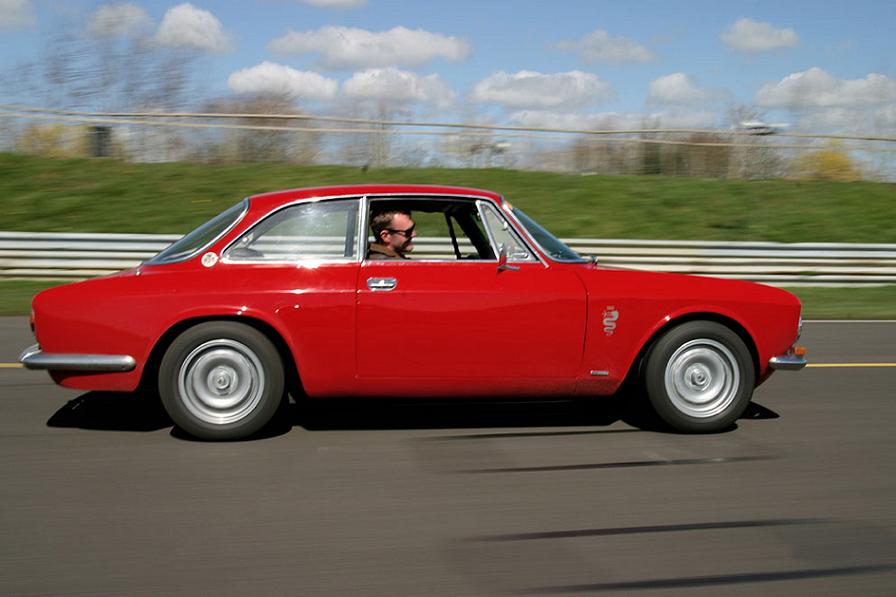 “First i want to say thank you for a great weekend Max, it was a great day at the track, impressive driving in your race car of course!!!!, but it was also very fun when we drive at small roads on Friday, your car runs weary well Max!” Fred Arve Monsen

“Just to let you know that I really enjoyed the day at CC and am sure I’ll be back next year.” Duncan White

“Thank you all once again for an excellent visit at your place. This will be something to remember for a long time for all of us.” Geir Langlo

“The day was excellent and the perfect introduction for me to trackdays – well done to the Alfaholics team. What a great sight it was seeing all those old Alfas and I certainly look forward to your future events.” Bradley Wallace

“Thanks yourself for a great and inspiring weekend, and of course for your hospitality. Both friday at your garage and in the beautiful hills and the saturday trackday were both fantastic!” Stian Schjelderup

“Another wonderful day at Castle Combe – much enjoyed by all. Very many thanks to all of you.” Andrew Jackson