With a capacity field of 50 cars booked for Saturday’s main event, the 12th Alfaholics Spring Track Day once again kicked off with an open day at Alfaholics HQ on the Friday.  We were delighted to welcome customers and friends from far and wide who were able to check out our latest products and car builds with other like-minded Alfisti.  Special mentions go to Victor Matthei and his family who made the long journey from Chile to drive his freshly Alfaholics upgraded GT Junior, to Kerry Reynolds who joined us from Australia, Greg Modelle over from USA, Mark Nally; an American based on the East German/Polish border, along with the usual complement of Dutch Alfisti. The day was thoroughly enjoyed by all with many tales of previous Alfa based jollies and racing experiences; indeed it was interesting to hear how track times were improving throughout the day, although I’m not sure one Alfa driver’s account of a sub 5 minute lap around the Nurburgring was strictly true…! 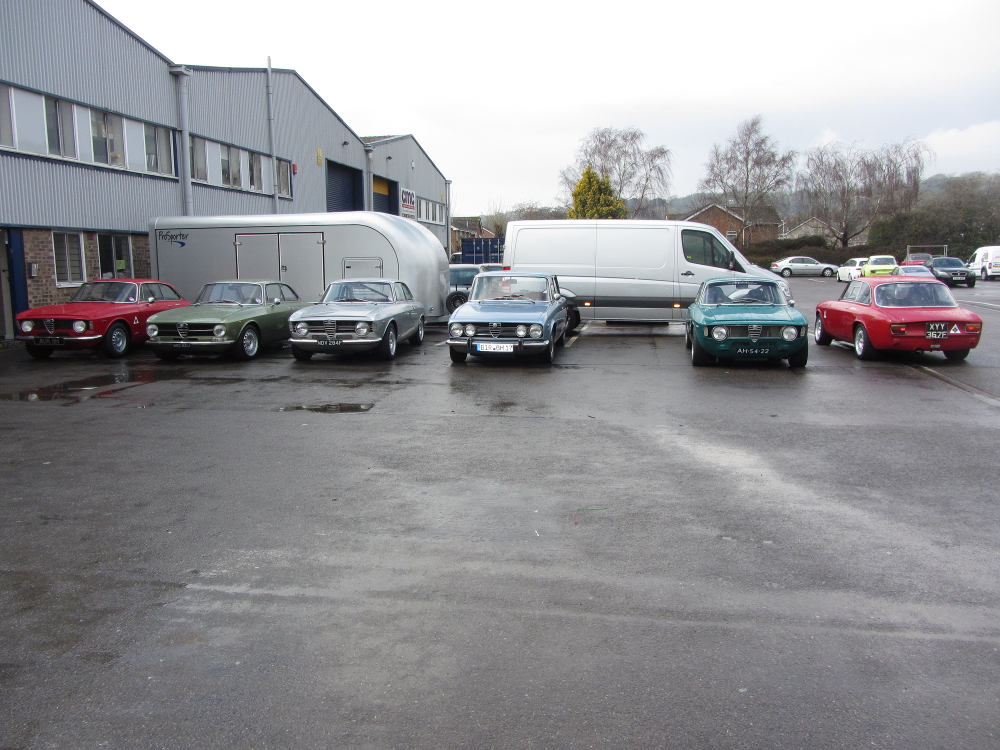 After a wet start to the open day, the sun came out in time to make our way into Bristol for the evening’s entertainment.  Having assembling in the bar for pre-dinner drinks, we made our way round to the familiar Italian restaurant with over 45 people packed in, which created a fantastic atmosphere for generations of new and old Alfa fans!  A fantastic evening came to a close at a fairly respectable time ahead of the following day’s main event.

Standing room only at dinner! 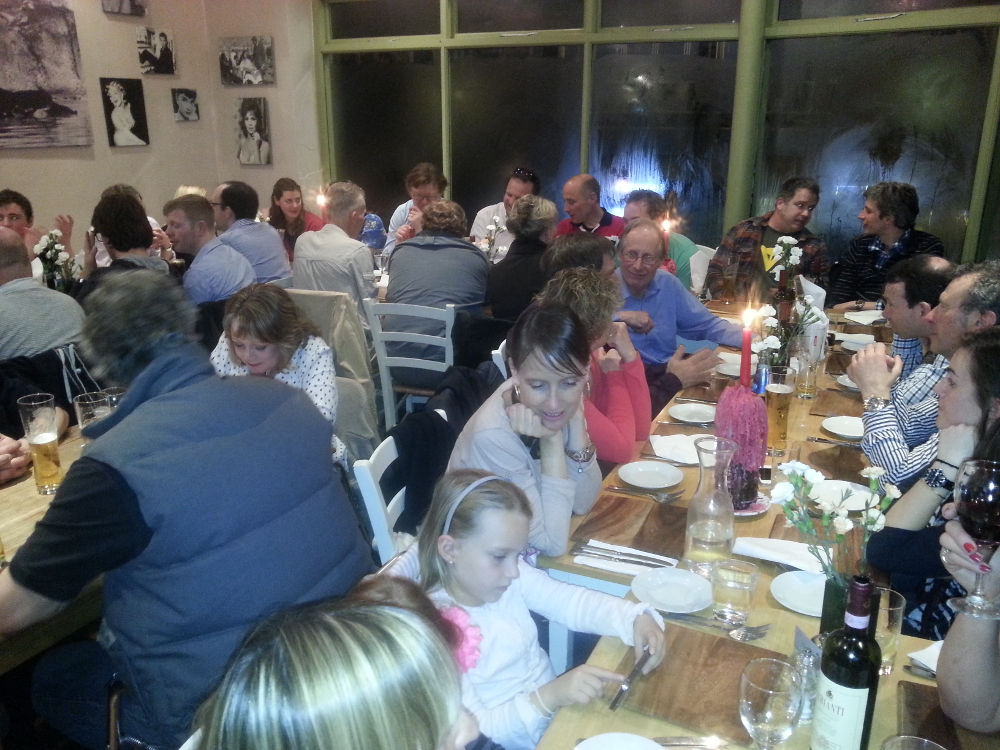 With rain expected it was a pleasant surprise to arrive at a dry track even though the cloud cover looked threatening.  With the circuit briefing and registration completed, the first batch of eager 105s were unleashed onto the track.  The car park was awash with a fantastic array of cars old and slightly older for the many spectators to enjoy throughout the day. 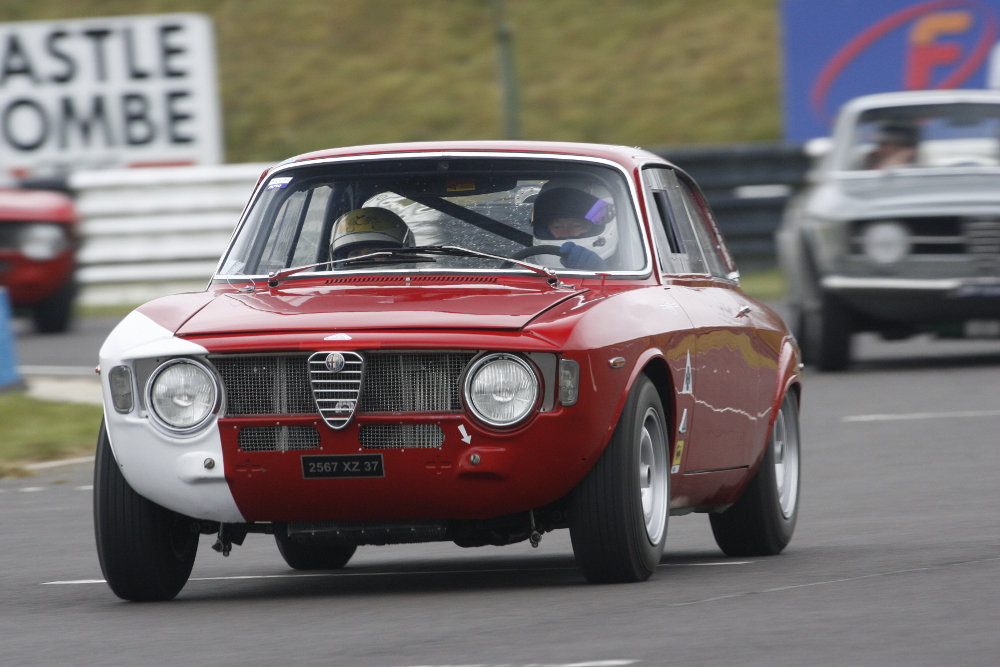 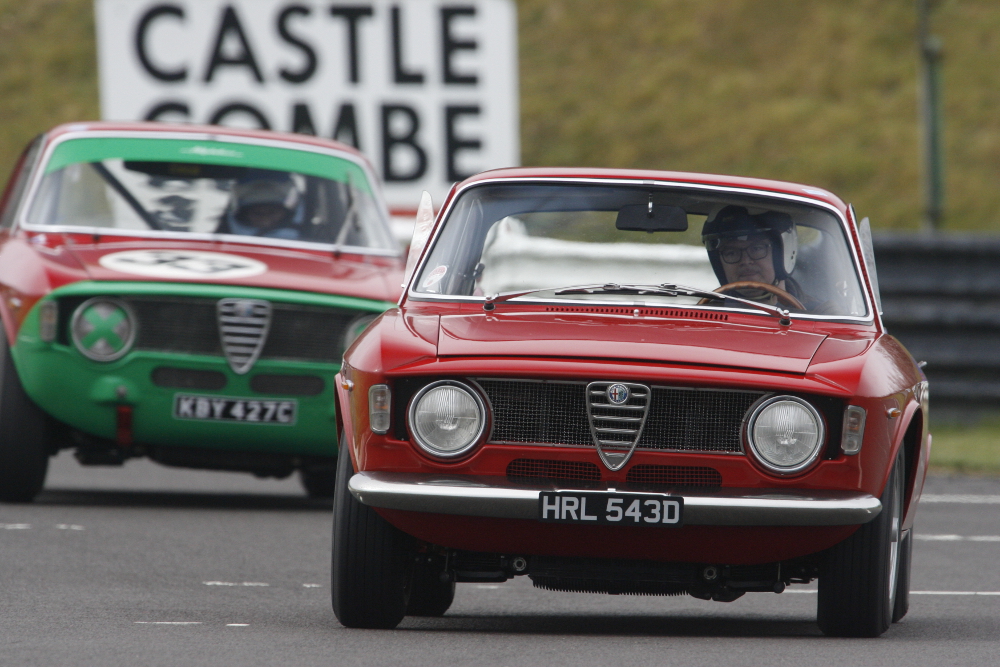 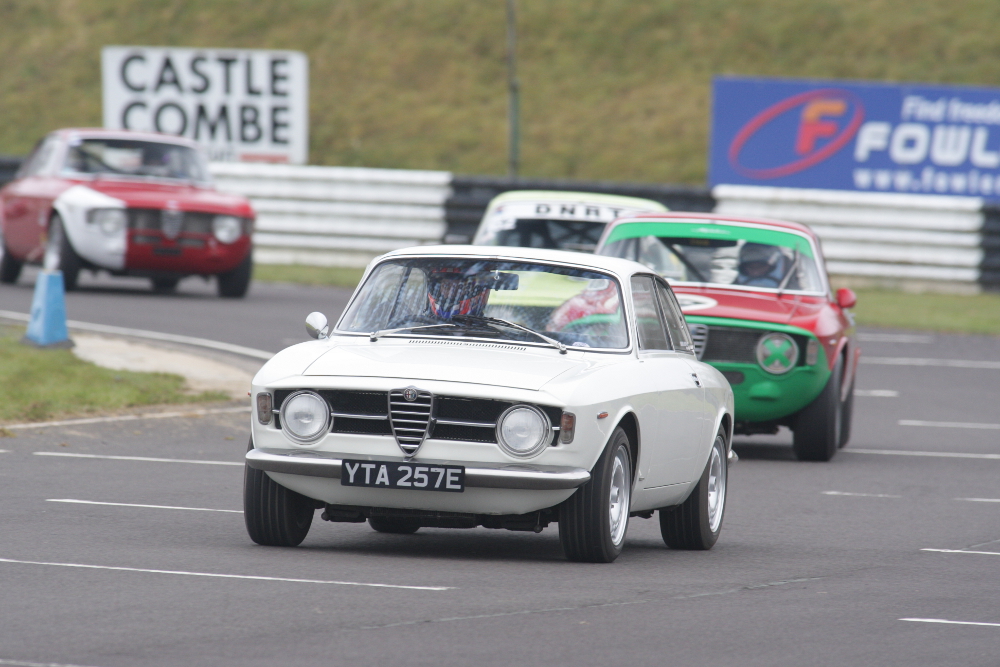 The lunchtime parade was well attended by those wishing to test the water (literally) on the Castle Combe track with their less than race prepared road cars, which added to the fun.

The rain began to set in during the afternoon session, adding to the challenge for the hardy few who continued to rack up track time.  Andrew Banks kept the spectators entertained; demonstrating the capabilities of both himself and his Ti-R in the wet, keeping a crowd on the banking in such adverse weather was testament to the spectacle he put on! 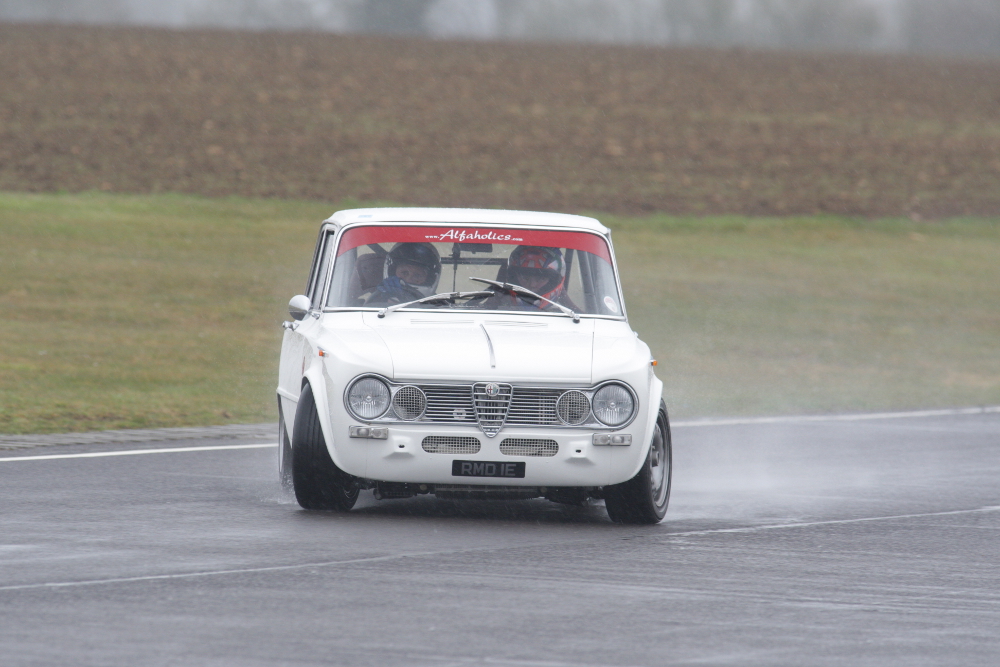 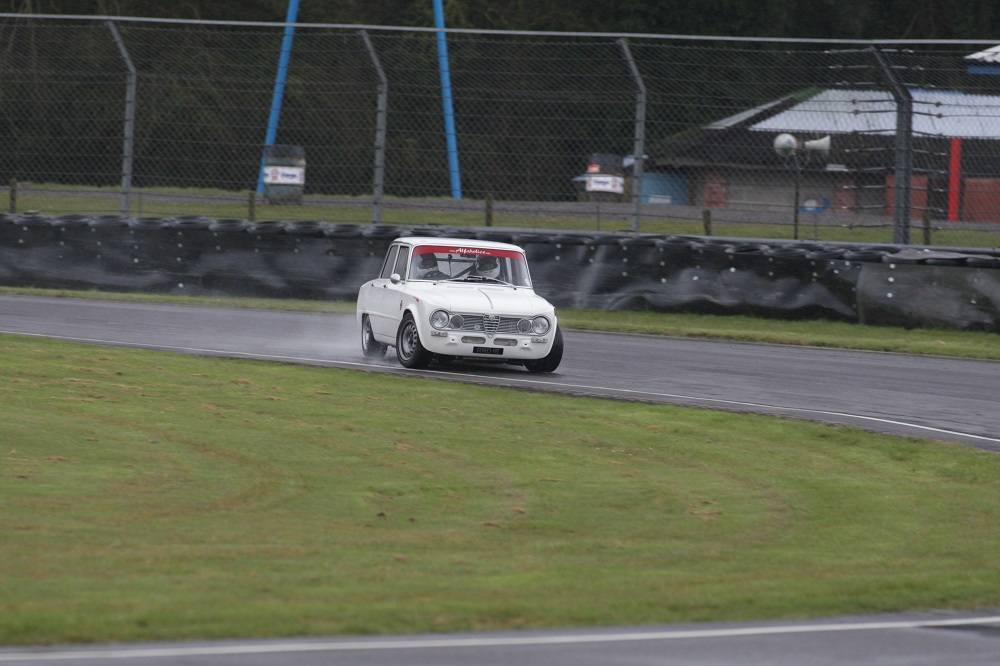 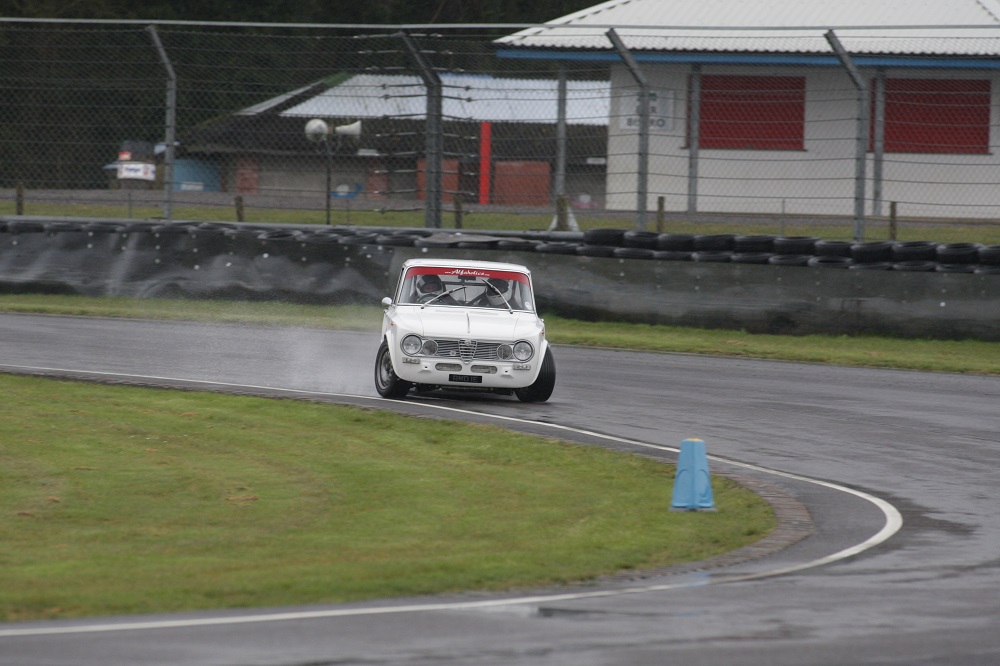 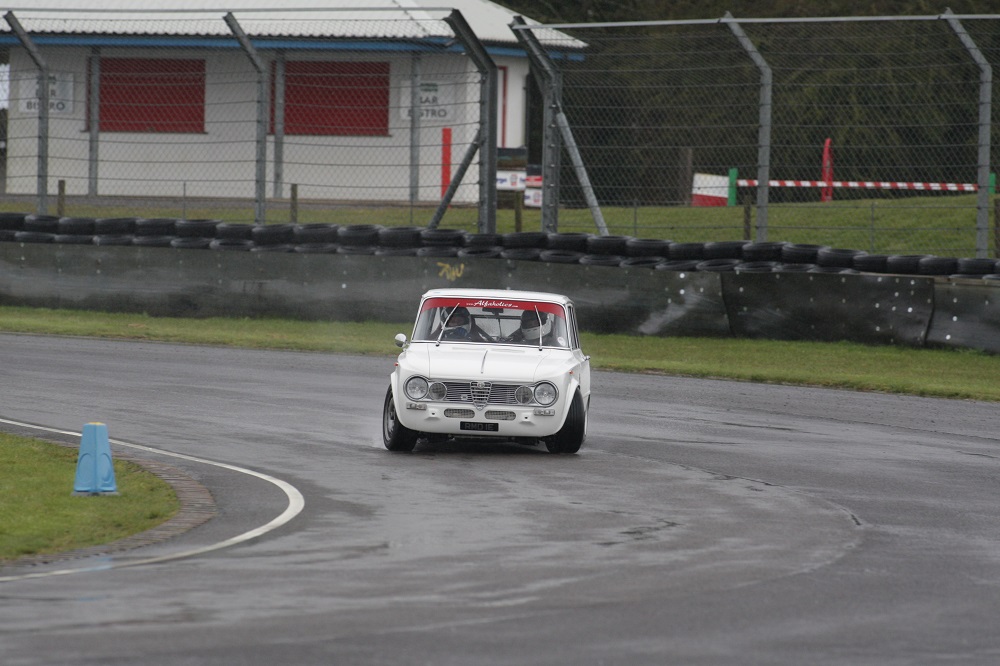 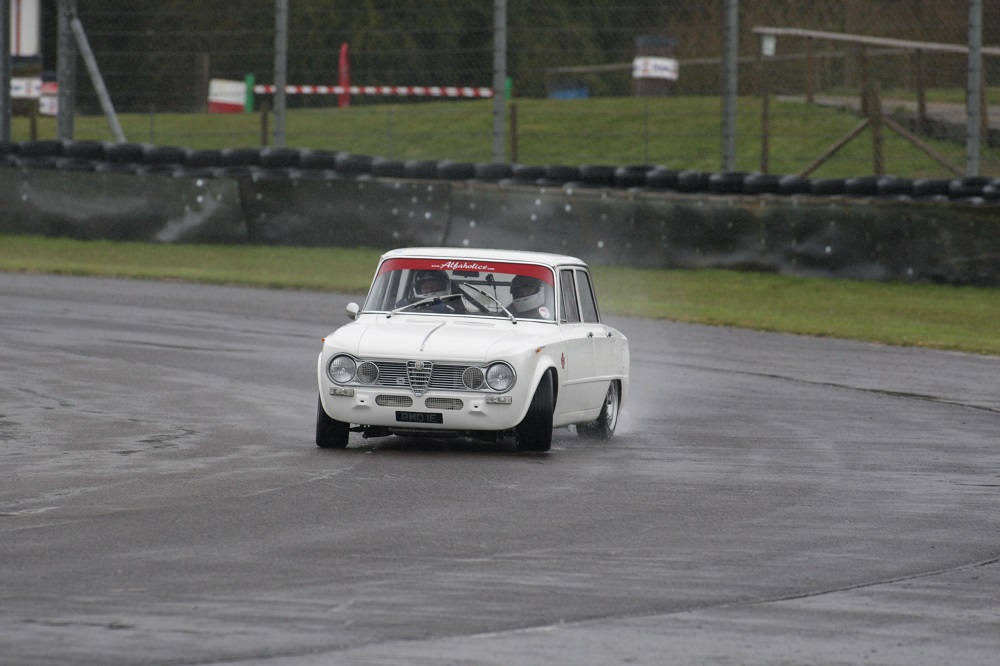 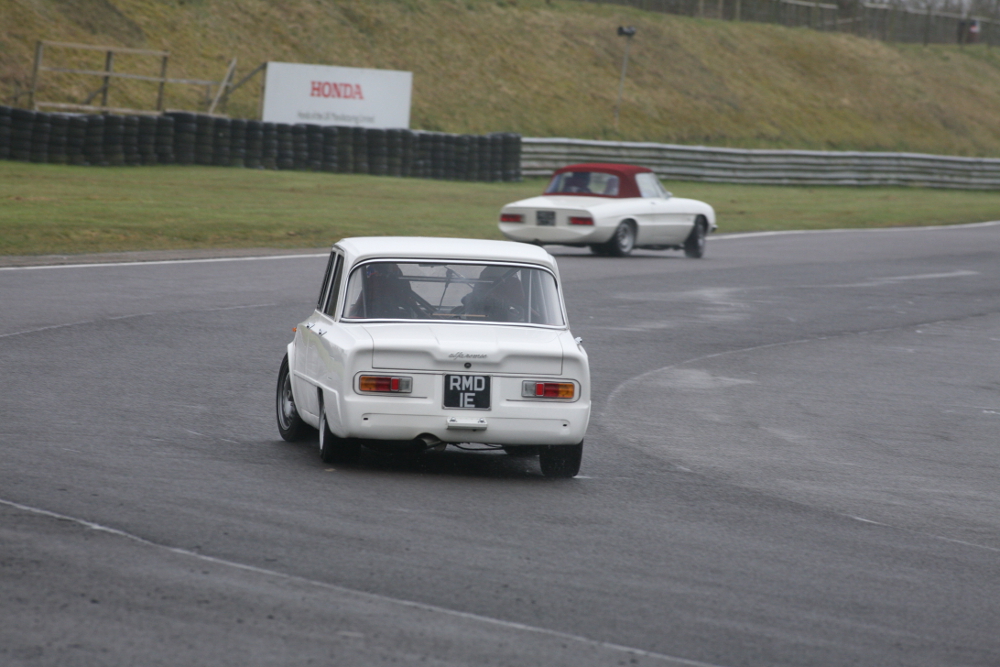 The full Alfaholics team was on hand all day to offer help, advice and passenger rides as a way of demonstrating the full range of upgrades available for the variety of Alfas that we run between us. As ever, the high driving standards and great camaraderie meant the day was thoroughly enjoyed by all. 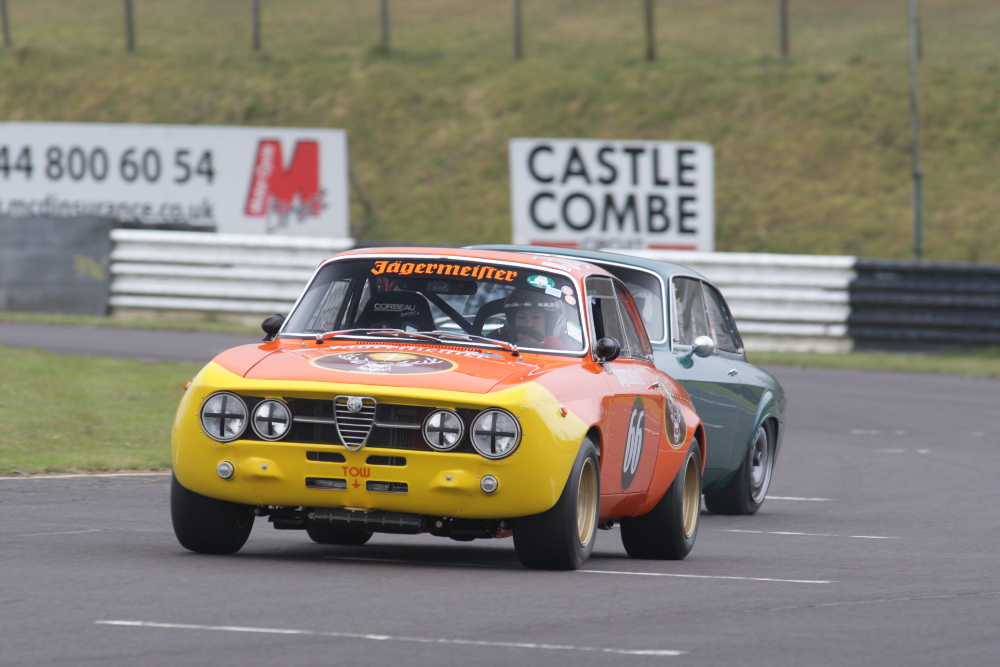 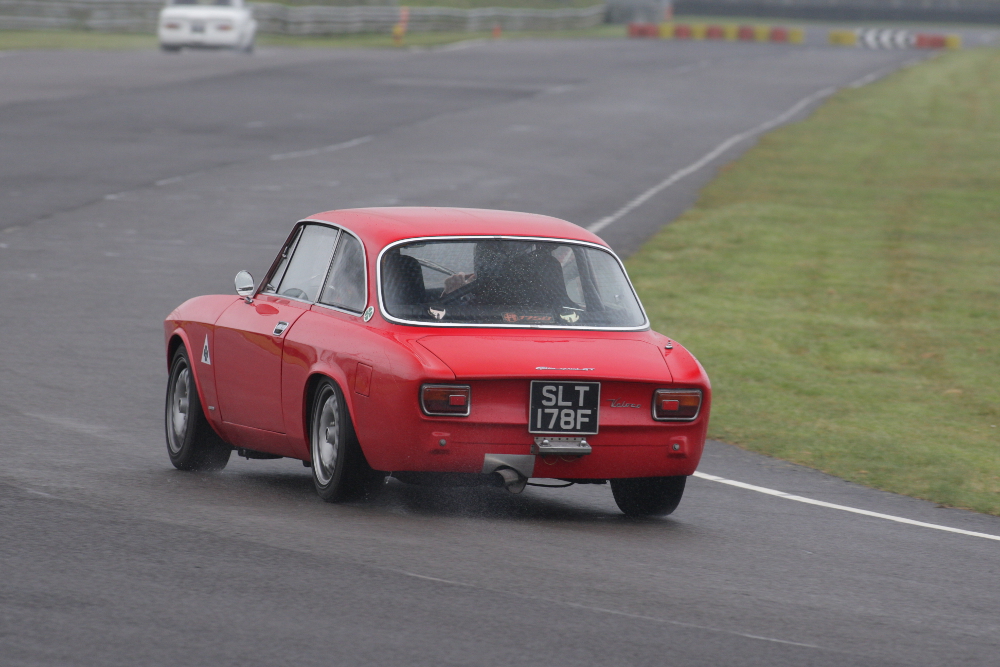 Christian Brewer in his lovely 1750 GTV with Richard Cotton’s Alfaholics  Spider-R following behind. 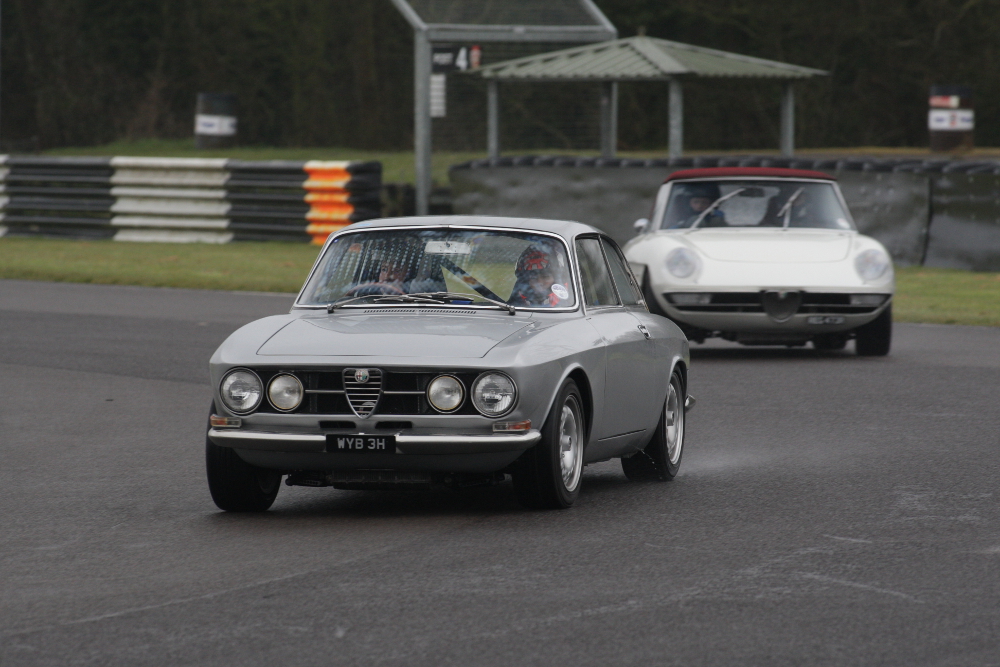 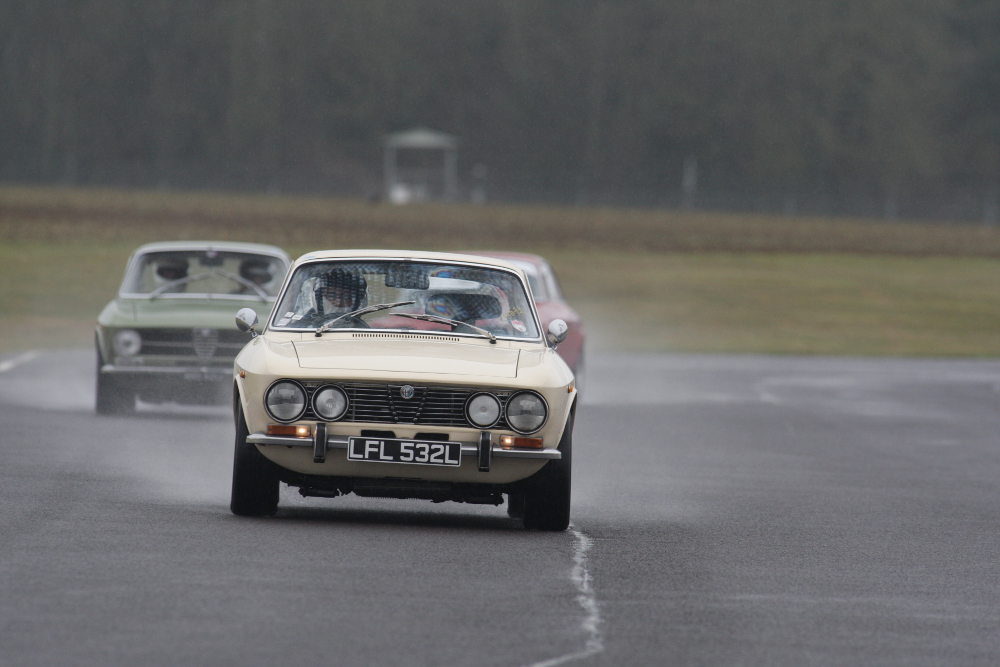 The Flying Dutchman Erwin Arentsen on one of his many laps! 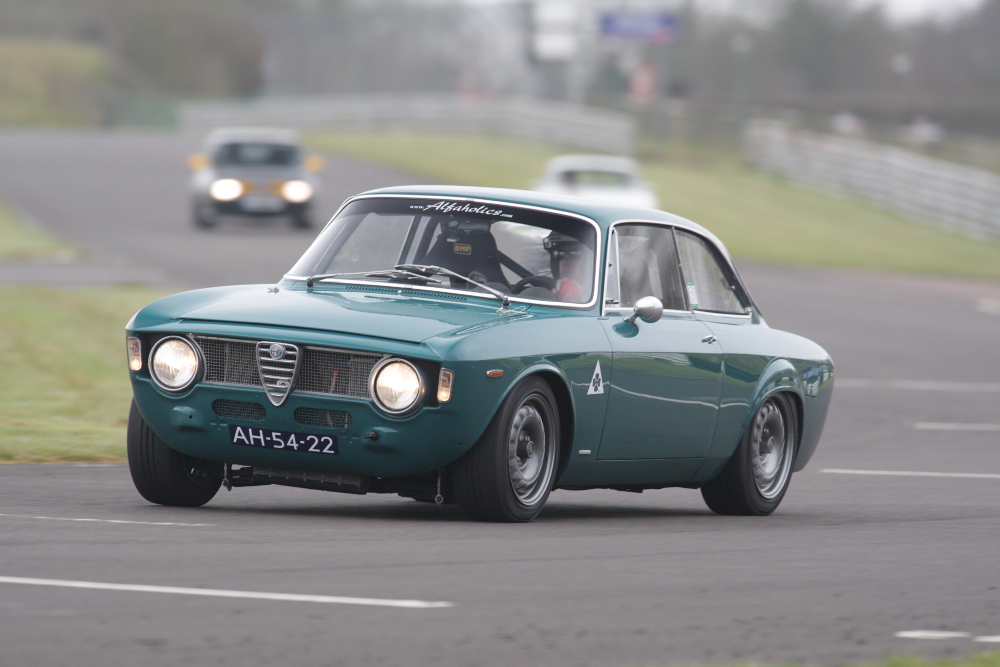 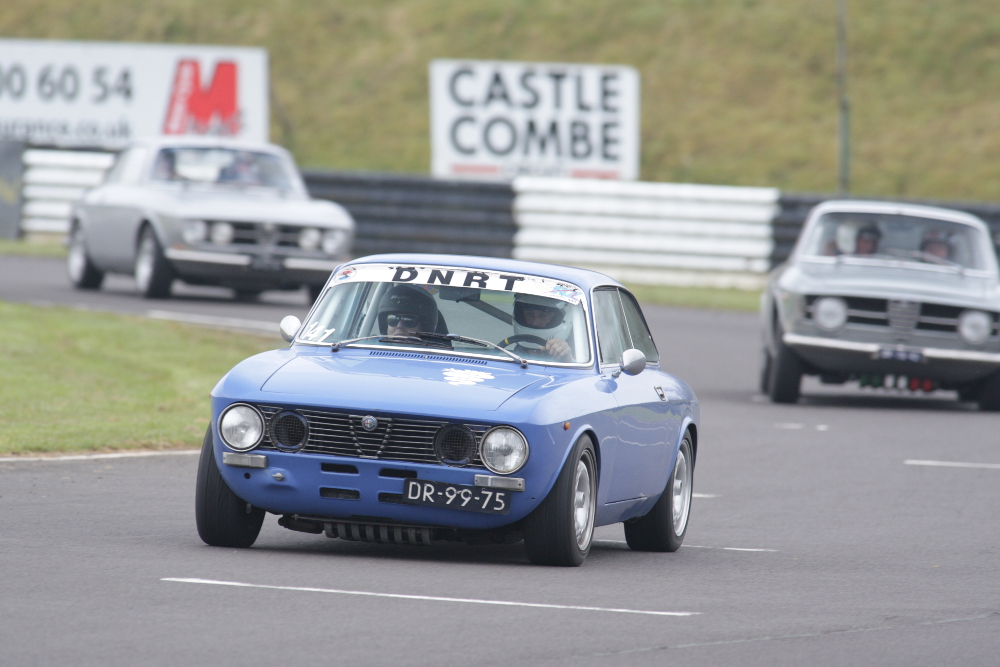 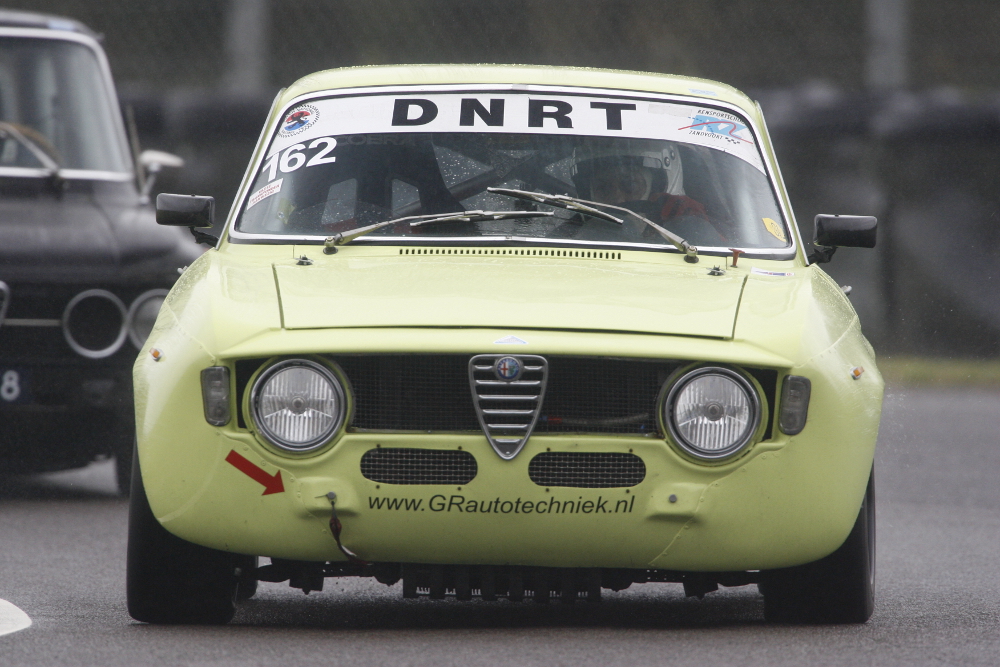 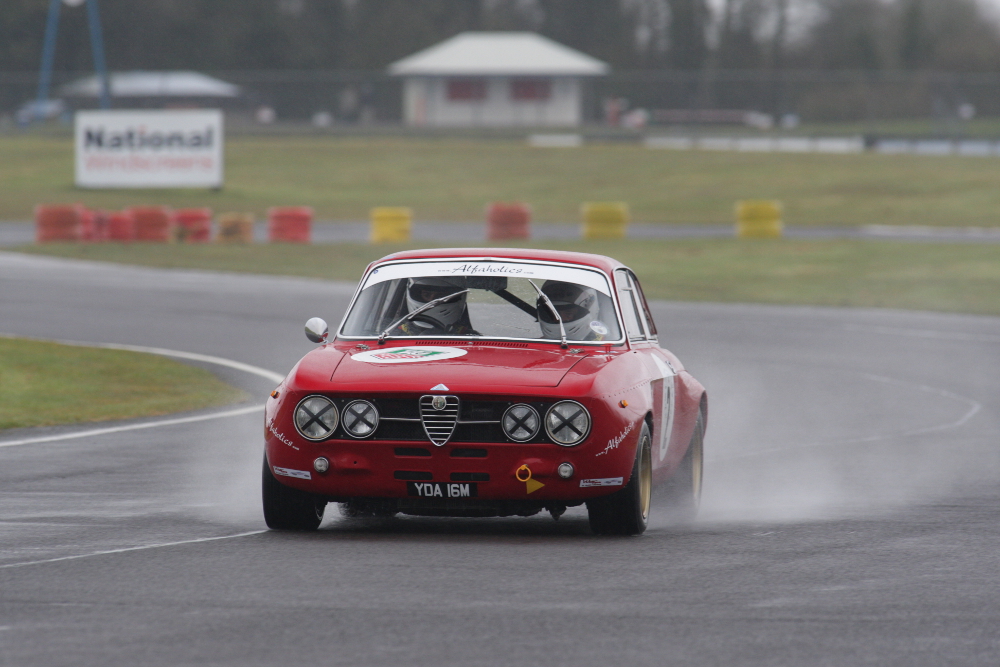 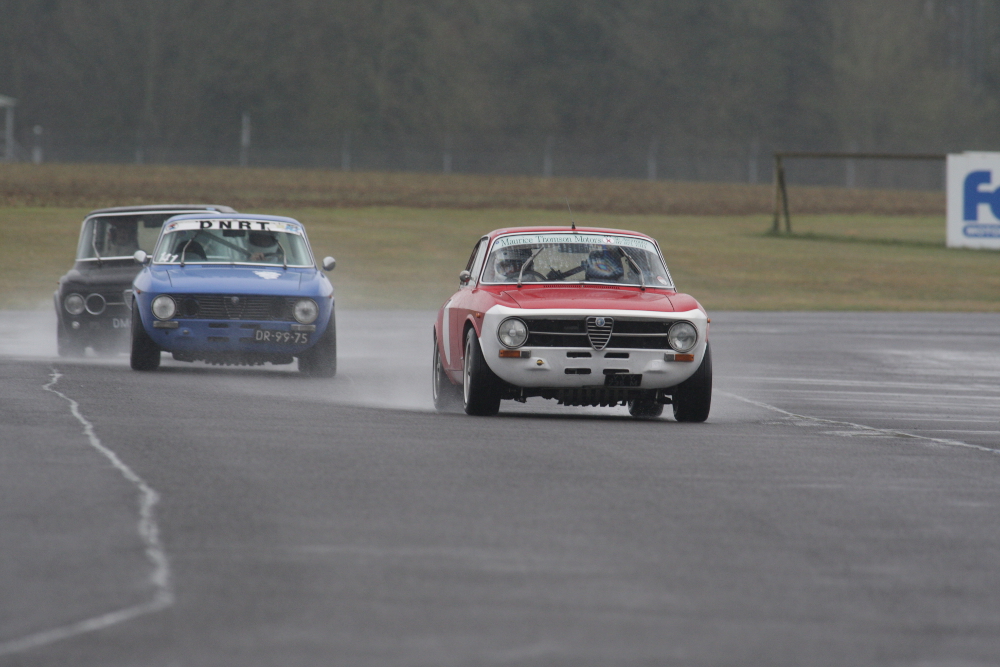 Simon Lane in his Alfaholics GTA-R 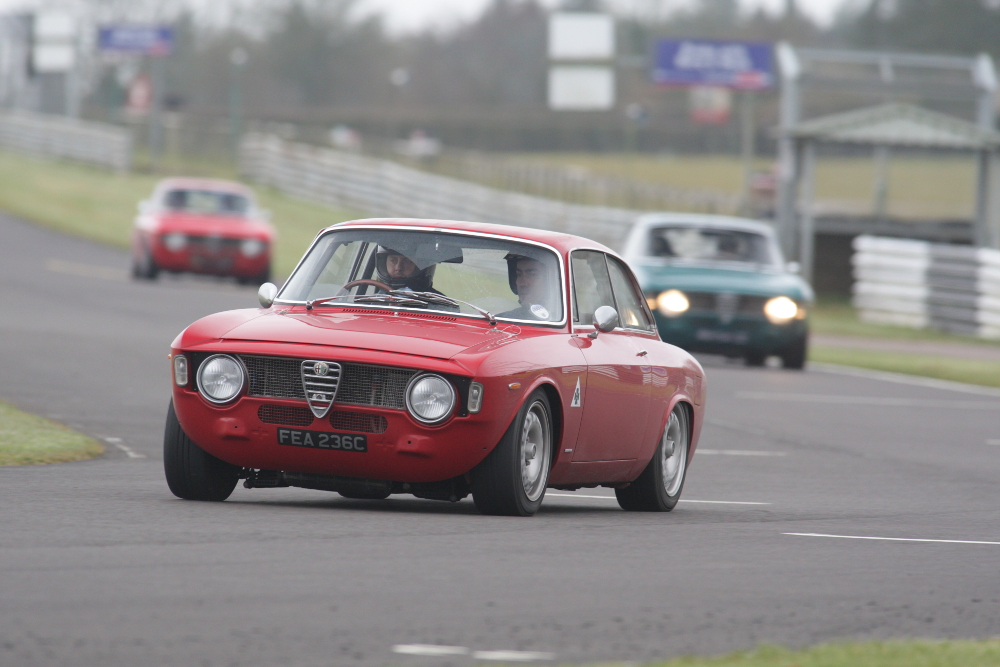 From the German/Polish border, to Castle Combe and back, American Mark Nally enjoying the day in his trusty Berlina! 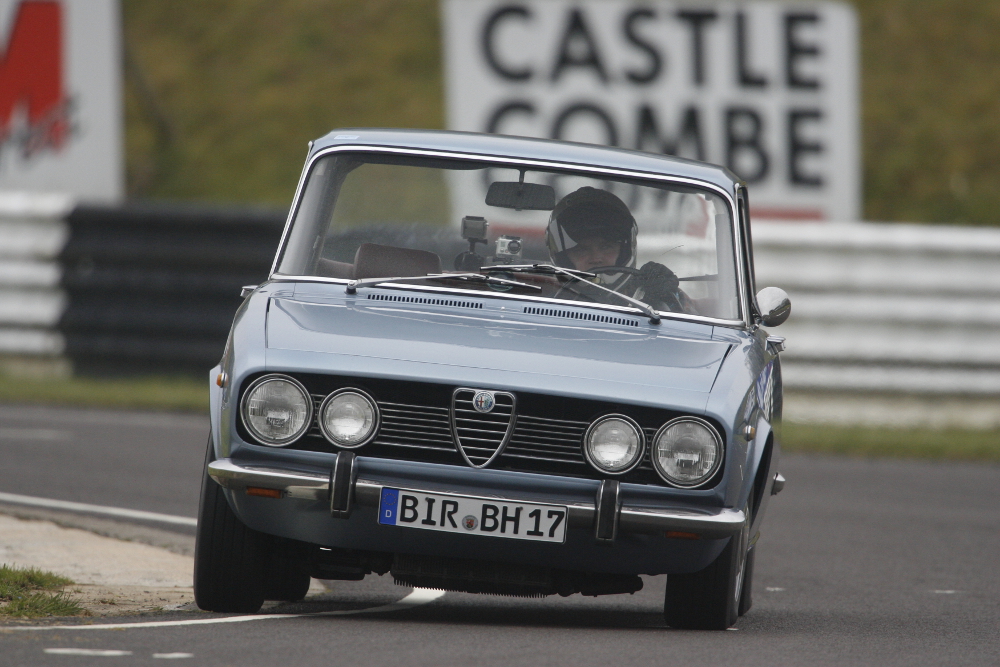 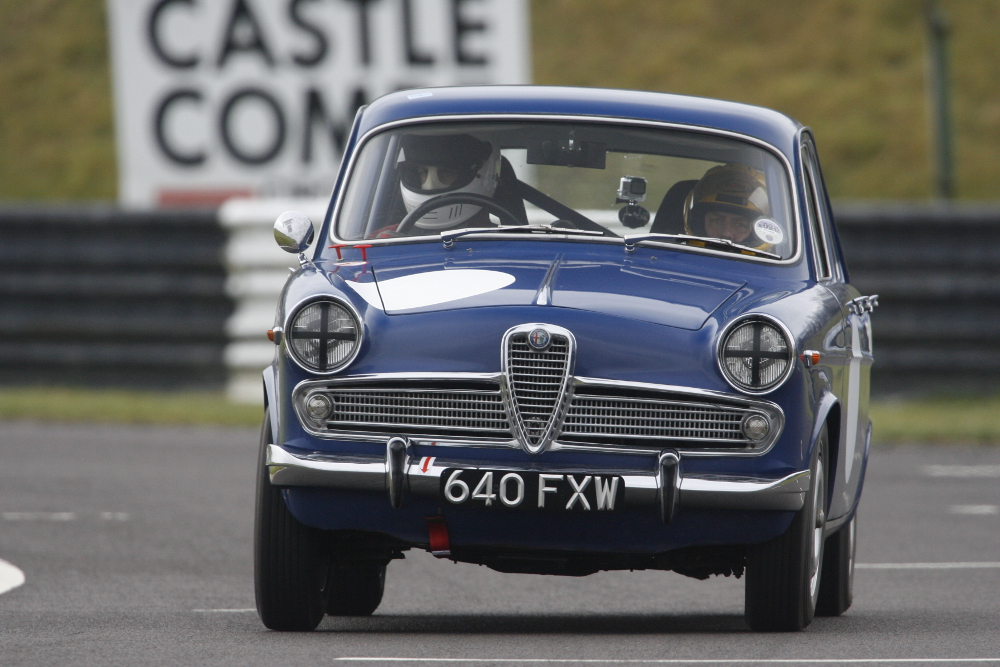 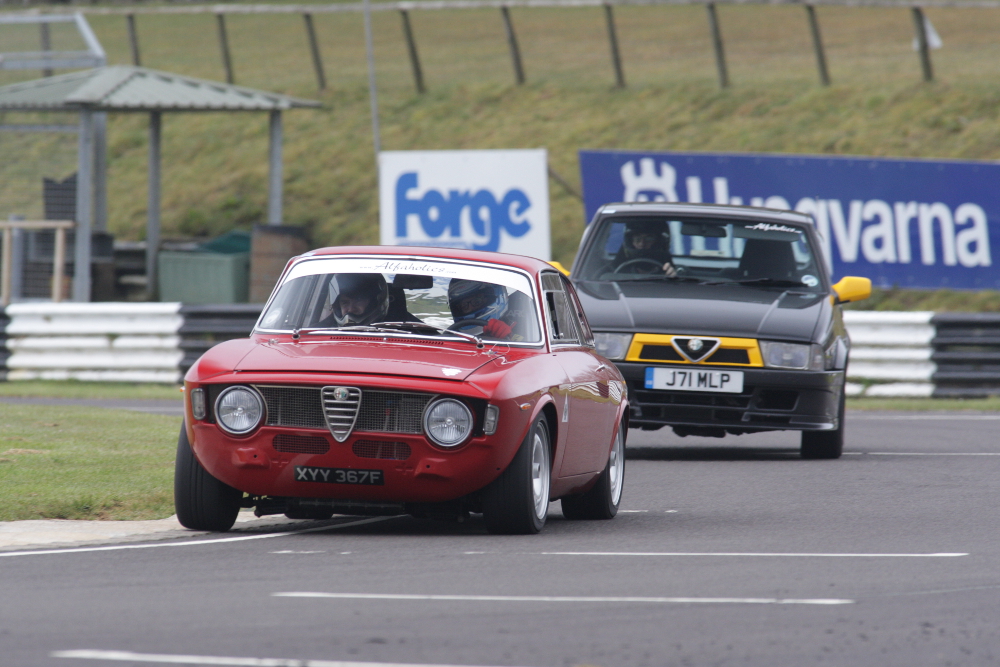 “now as you go round, look for that bloody exit, we can’t go round here all day…..”!  Andrew Mitchell and Alex Bijlard enjoying the wet conditions.

Thanks to everyone who attended for helping make the day such a success and we look forward to seeing you again next year!