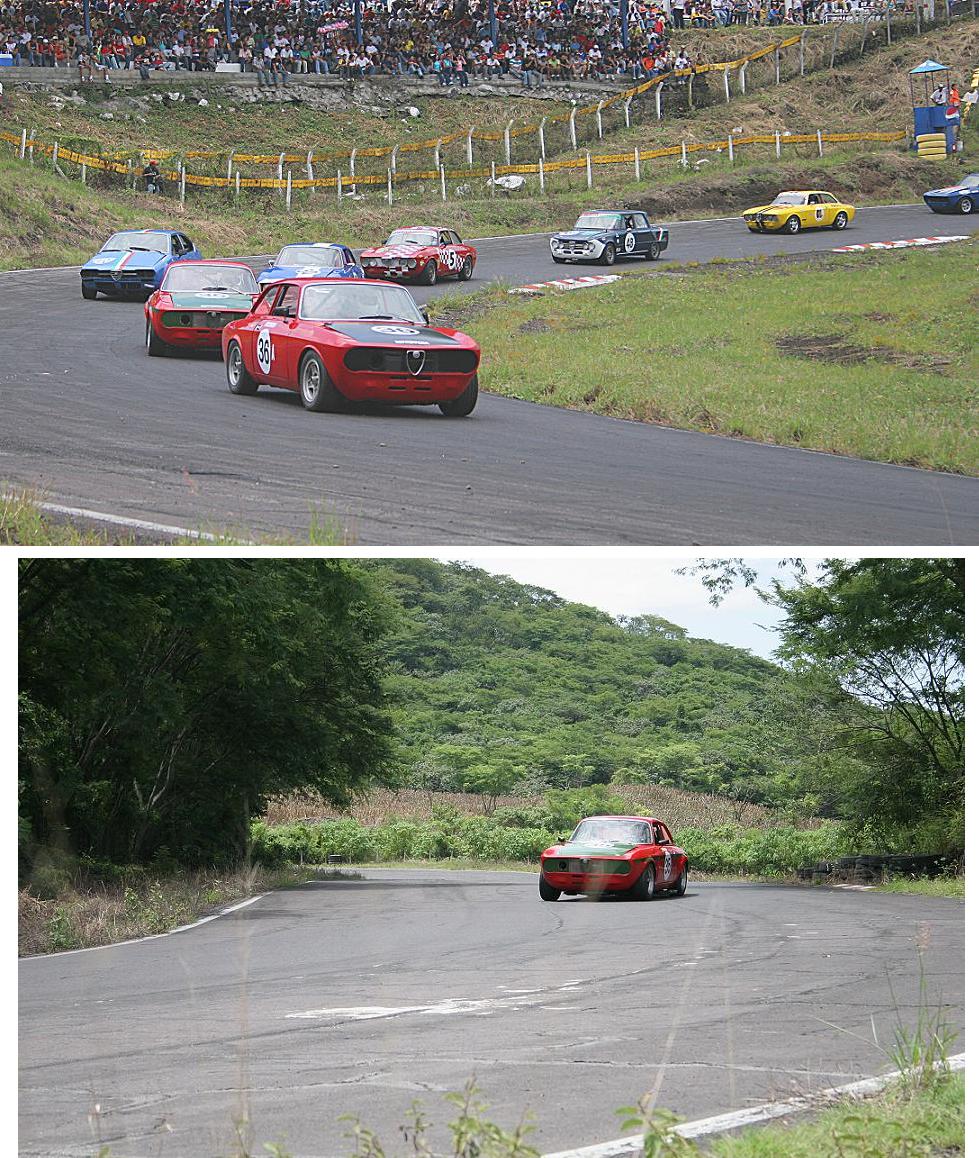 El Salvador has a new Championship for classic Alfa Romeo cars only! It has attracted an impressive grid of up to 20 cars, the majority of which are 105 series! Long term Alfaholics’ customers Cerostress Racing have just fitted our Mild Race Blue Handling Kit to their lead car which runs in this production based championship. Instantly they won the first race outright at the Jabali circuit driven by Paco Monterosa Jr! Further kits have now been sent out for their other cars along with weld in rollcages and other race parts!

In the top photo, Paco Snr & Paco Jnr lead the rest of the field at Jabali in the sister Team Cerostress cars, in the bottom photo Paco Jnr out on his own at the front!

“Max, The car is faster now and we feel a great improvement in handling with the Blue coil kit. It is more stable and the way it moves on the corners, definitely it’s much better. Now we recognize the difference over other kits we have bought in the past! Thank you.