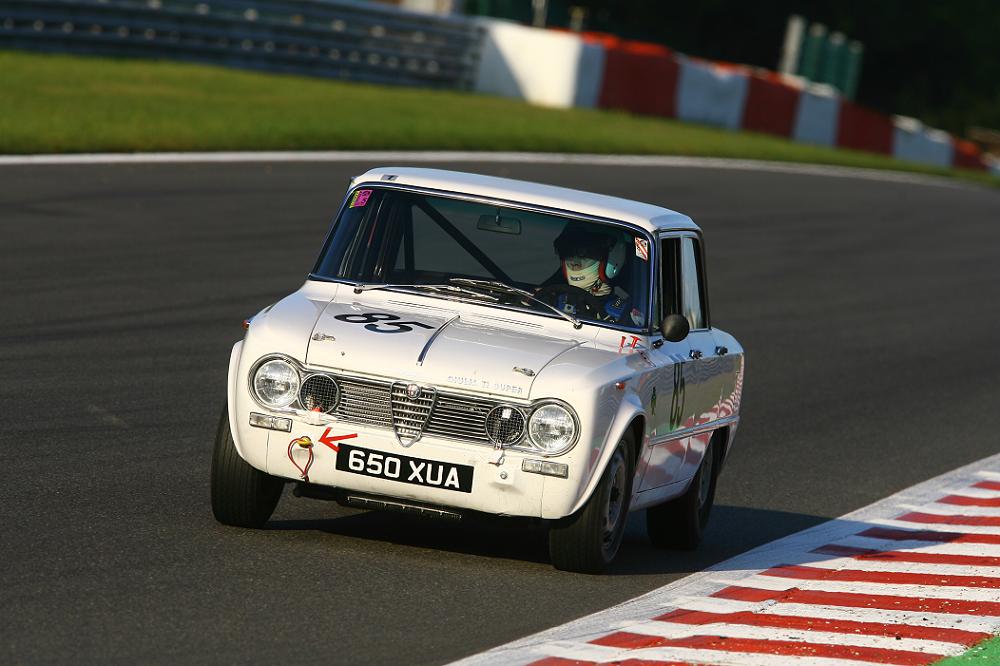 John Bennett turns into the Les Combes chicane at the end of the main straight at Spa during the Spa 6 Hour race 2008 in his exquisit Ti Super.