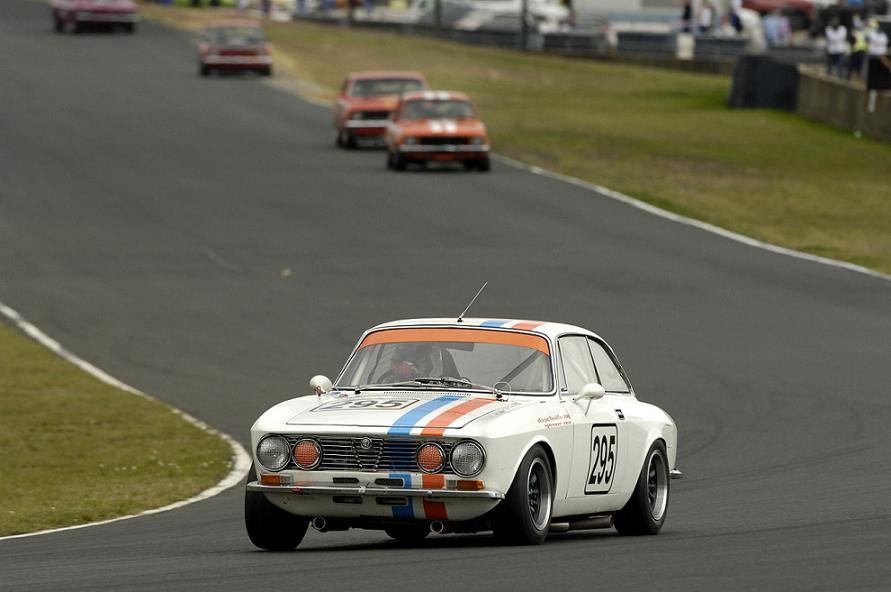 “Thought I ought to drop you a note to let you know how we got on with the car once we had made the changes to the suspension…We ran at the Australian Muscle Car Masters at Eastern Creek, which incidentaly was the biggest Historic Touring Car event ever to be staged in Australia… this field is made up in the majority by V8’s. Chevy Camaro’s, Holden Monaro’s, Ford Falcon’s and Mustangs etc.

We set the car up in the shop paying careful attention to ride height as per the email shot of your track car…I drove it for the first time on the Friday practice and it was good straight out of the box… the ability to carry much better corner speed thanks to the handling, we took two whole seconds of our previous best time at Eastern Creek and performed at that time consistently through the whole weekend. Tyre wear was near perfect!

Due to the progressive grids for the weekend we found ourselves on sixth position on Sunday morning and the Fourth on Sunday afternoon for the Trophy race. That is unheard of in this very competitive class. We managed to stick it up the inside of a Torana on the first lap on cold tyres and made a break for it and consolodated third position which we held till the last lap.

Thank you very much for all your input. It was worth it!” Spencer Rice, Classic Speed Shop, NSW.