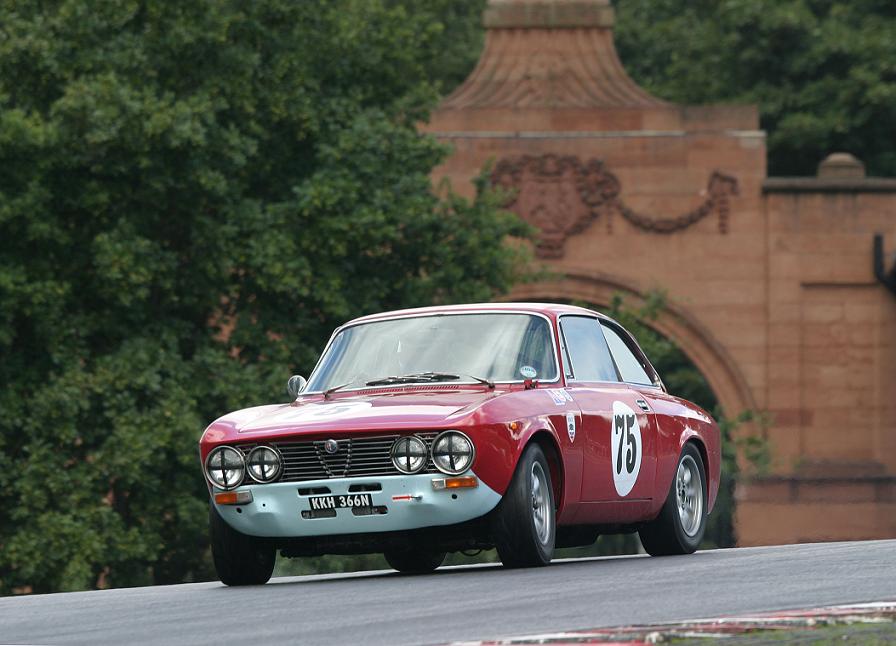 Car recently fitted with Alfaholics ‘Blue’ Mild Race Suspension Pack with FIA 2 1/4″ front spring upgrade and competition bushing set. Since buying our products and obtaining our advice in the set up of his 2000 GTV, James has been competing in the HSCC 70’s Road Sports Championship to much success:-

Last Saturday was the final HSCC race of the year and the car remained
comfortably quicker than all the other Alfas. When the season\’s points were finally added up I finished second in class and 9/54 overall. I also won the Samuels Trophy for the best placed Alfa Romeo in all the HSCC championship. We managed to achieve fastest lap in the wet at Donington Park and on a drying track at the Oulton Park Gold Cup, plus class pole at Brands Hatch… I won the historic class of a 50 minute Alfa Championship race at Snetterton on the 15 October. I will aim to have the car up and running again in time for your Alfaholics Trackday at Castle Combe in the spring.

I would like to thank you for ALL the help and advice you have provided, without which progress
this year would have been considerably more difficult.

With thanks and best wishes
James Nairn