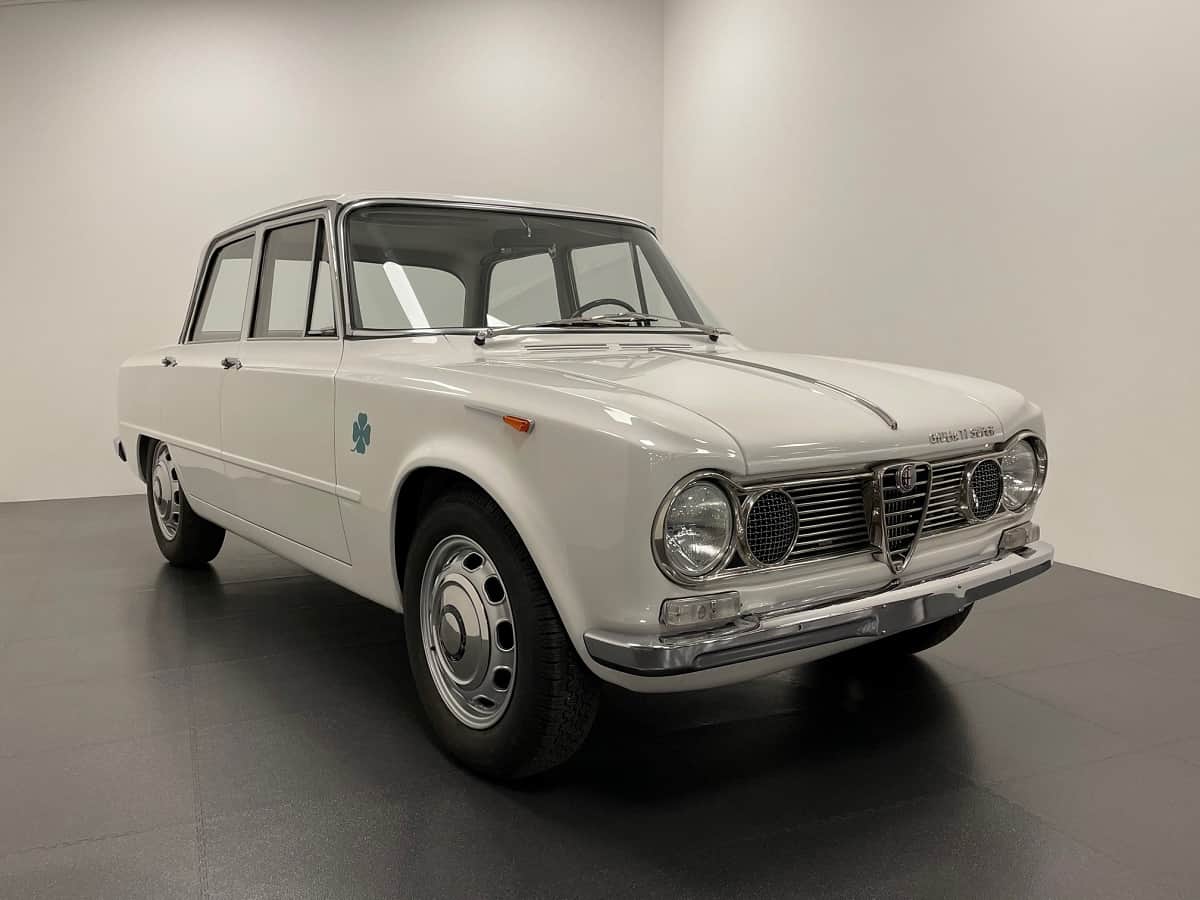 The Giulia TI Super represented Alfa Romeo’s first true homologation special touring car, developed specifically for the FIA European Touring Car Championship in 1963. As such, it was an incredibly important competition model in the lineage of the Tipo 105 series. Only 501 units were produced, making the TI Super equally as rare as the 1600 GTA that was born from it and which Alfa would campaign so successfully in the ETCC. Indeed, many of the parts developed for the TI Super were so advanced, that Carlo Chiti retained them for use in his 1600 GTA programme. In the same way that the 1600 GTA was born from the regular production Giulia Sprint GT, the Giulia TI Super was evolved from the production Giulia TI.

Whilst the cars bear a close resemblance at first glance, the TI Super had its own styling with the inner headlights removed to save weight and to increase cold air to the engine bay, sand cast magnesium ‘TZ’ style wheels and Quadrifoglio stickers on the front wings and boot lid. Indeed, the TI Super was the first model to leave the production line with the infamous Quadrifoglio logos, the first of a long line of models designating the highest performance variant. Further changes were made to the interior, with the strip instruments removed and replaced with SS type round instruments for ease of reading in competition use and front seats were swapped for lightweight bucket seats designed by Zagato (similar to those used on the infamous SZ and TZ models). The rear seat was replaced with a lightweight version, trimmed in grey cloth with burgundy vinyl sides. Further weight savings were achieved with the removal of sound deadening, carpets replaced with vinyl mats (like the 1600 GTAs) and lightweight door cards with the beautiful lightweight woven closure straps also retained for use on the GTAs.

The engine was derived from the one used in the TZ prototype and SS, with twin Weber 45 carburettors and a lightweight tubular exhaust manifold, which would later be used on the 1600 GTA. Gearbox internals and ratios were taken from the TZ and the drum brakes of the normal TI were replaced by cutting-edge technology Dunlop disc brakes all round – a braking system also retained for the 1600 GTA.

Competing in the GT class at the 1963 Tour de France (prior to group 2 touring car homologation), the TI Super proved its speed and strength immediately by winning its category and finishing a remarkable 4th in the GT class behind three Ferraris. Further rallying success was achieved by the car winning its class at the 1964 Monte Carlo Rally. In touring car racing, the TI Super proved equally successful, with overall victory at the 1964 Sandown Park 6-Hour in Australia, 1965 4-hour Monza 1965 Sandown Park, 1966 1000kms Brasilia and 1966 24-hour Interlagos.

Like GTAs, the vast majority of TI Supers either raced in period or were later converted for competition use, in particular in the 1990s for the FIA Historic ETCC. As a result, most TI Supers have suffered hard lives and lack originality. Well preserved, original cars are very rare and possibly the hardest of all the significant post-war Alfa Romeos to find.

This TI Super for sale is an exceptional example.  AR595227 was manufactured on 15th May 1964 and was delivered to and registered in Cosenza in the south of Italy. The original ACI document shows that the first owner kept the car until November 1969 and, remarkably, the second owner retained the car until 1995.  This very long period of ownership is probably what saved the car. Restored in the early 2000s in Italy to a very high standard, the car was subsequently acquired by the current owner and imported to the UK.

As a long standing customer of Alfaholics, the new owner shipped the car to us for a thorough assessment. We carried out a full mechanical rebuild for his intended use being a combination of fast road driving and competing in Tour Auto/Modena Cento Ore type regularity rallies.  We rebuilt the original 005.16 engine to fast road/rally spec with forged pistons and Alfaholics profile cams to produce an impressive 155BHP, rebuilt the original close ratio gearbox with all new bearings and synchros and rebuilt the axle with new bearings and a competition limited slip differential. The suspension was completely rebuilt with new bushes and reinstalled with our fast road suspension package.  The original Dunlop brakes were fully overhauled and the cooling system reconditioned. The car is fitted with its original very rare factory option radiator/oil cooler assembly and comes complete with its original Campagnolo sand cast wheels for show use as well as a set of new Alfaholics sand cast magnesium wheels for competition use.

The car has covered only shake-down miles since completion and drives beautifully with a fine blend of originality combined with improved performance, making this a very special Alfa Romeo for fast road use and competitive rallies. 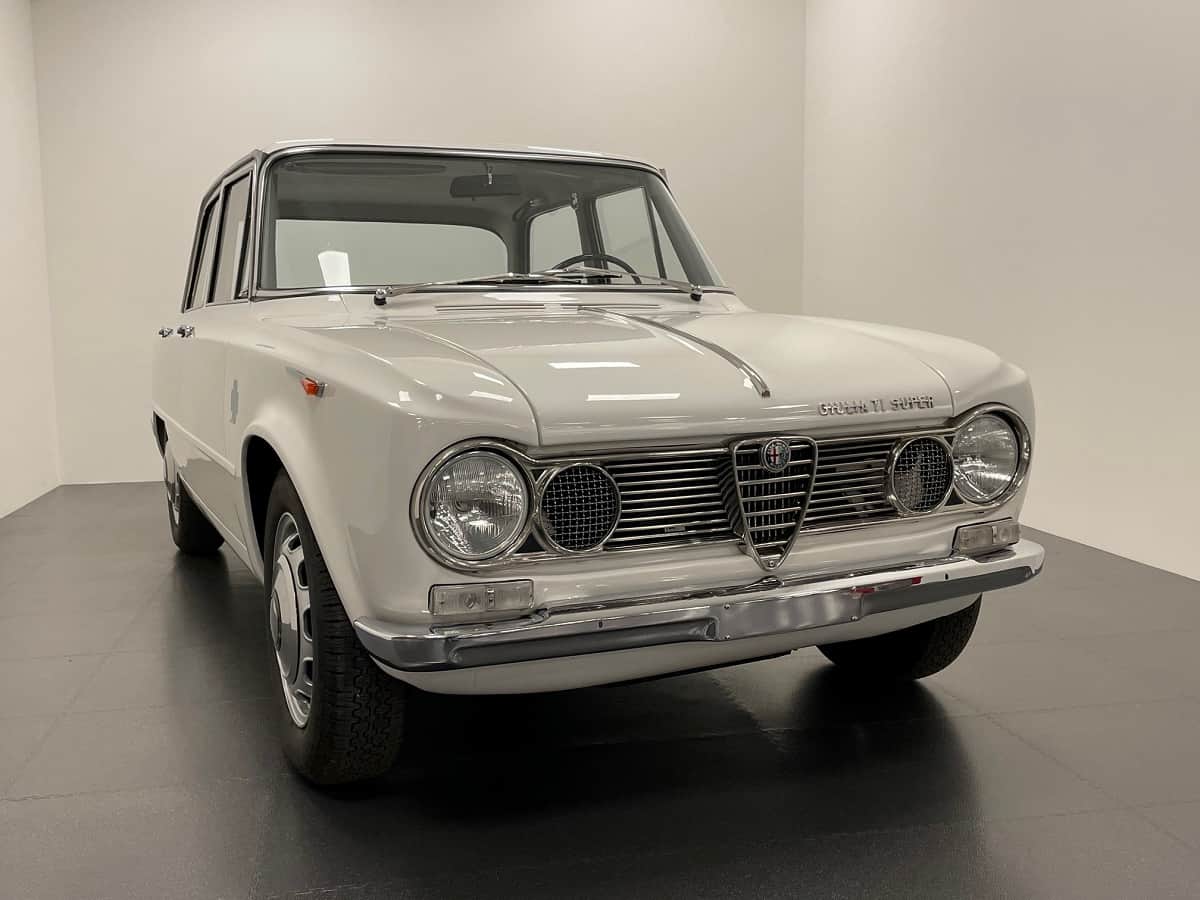 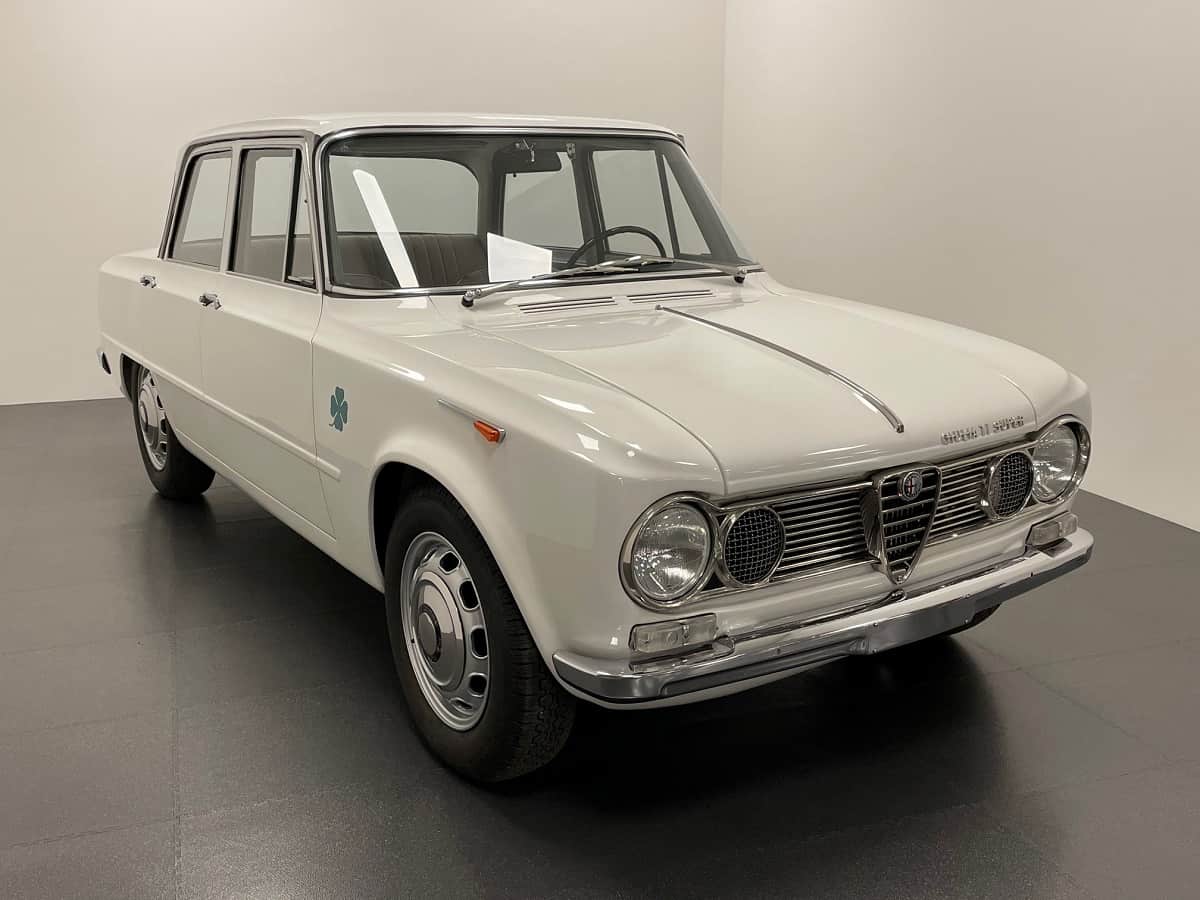 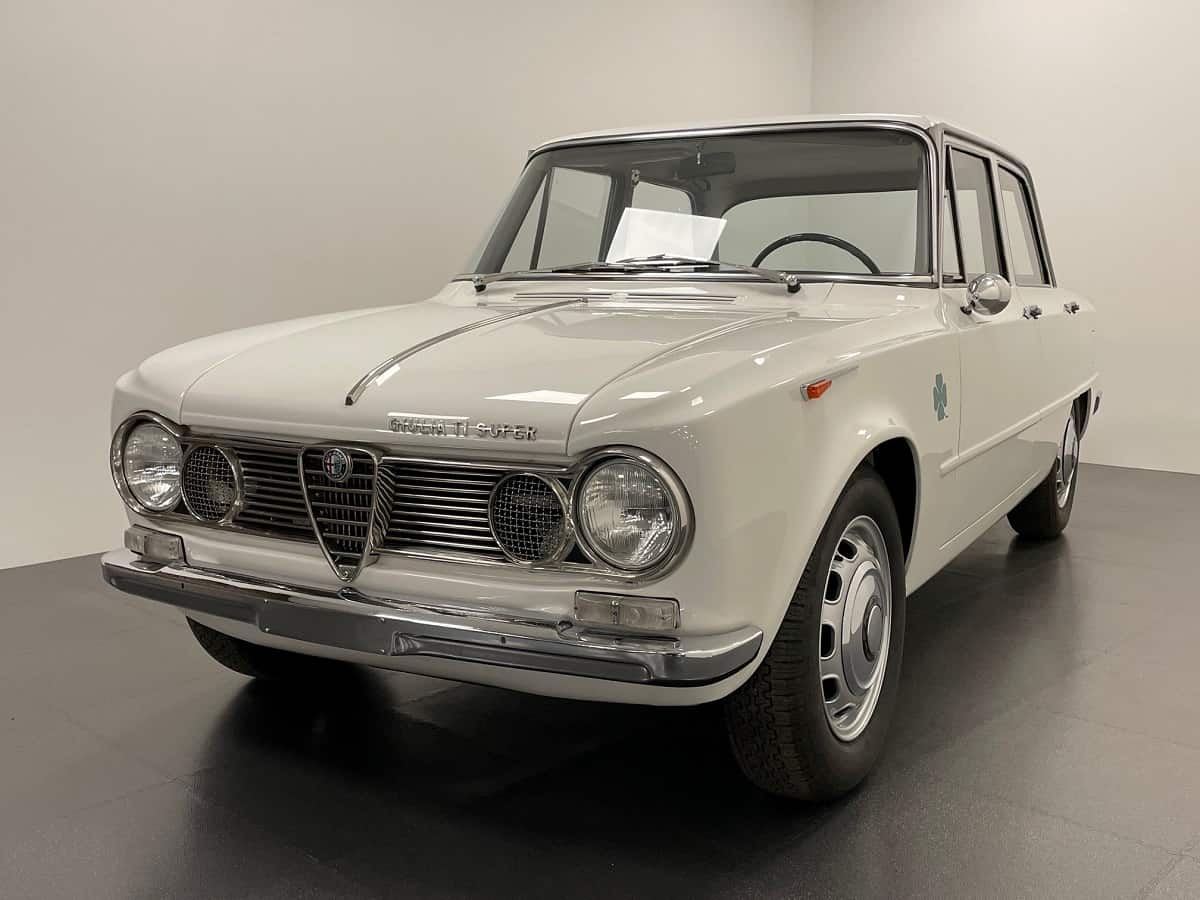 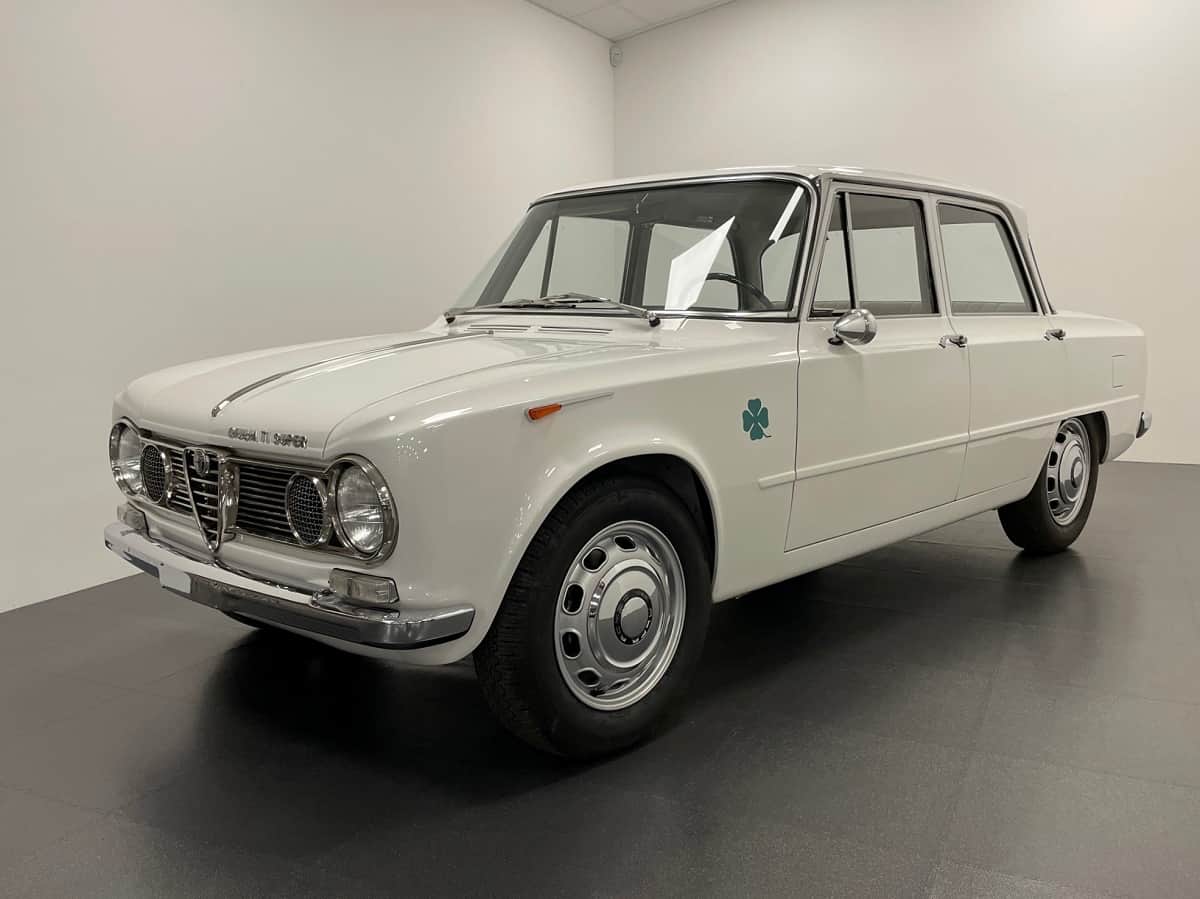 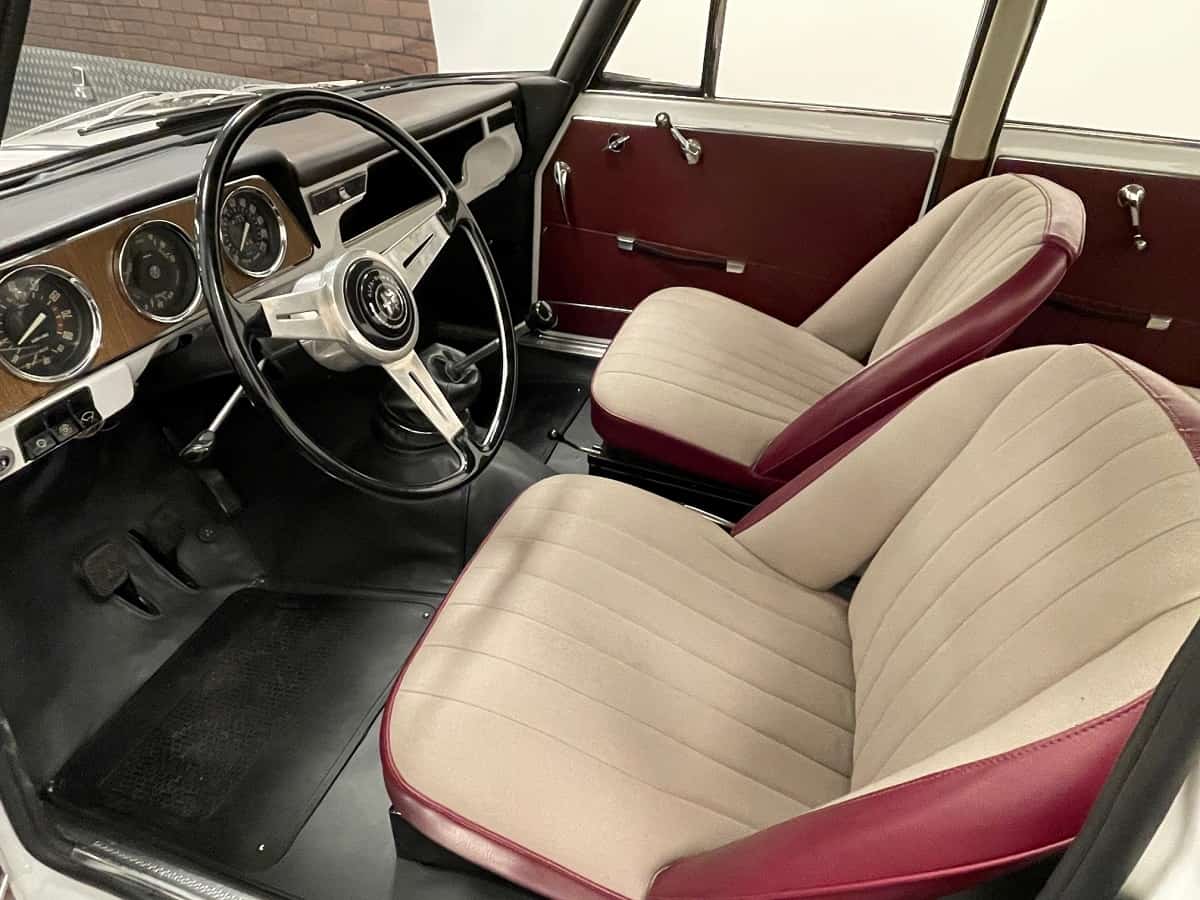 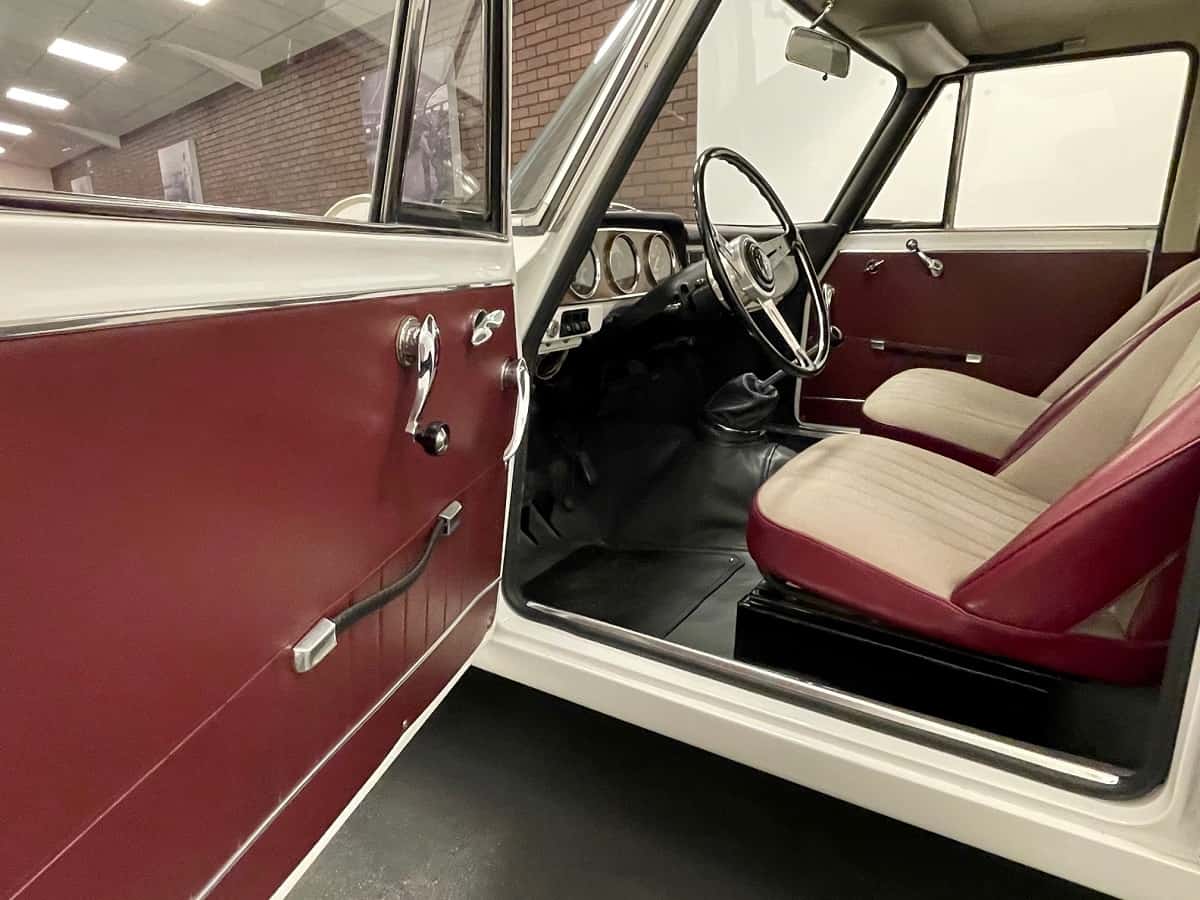 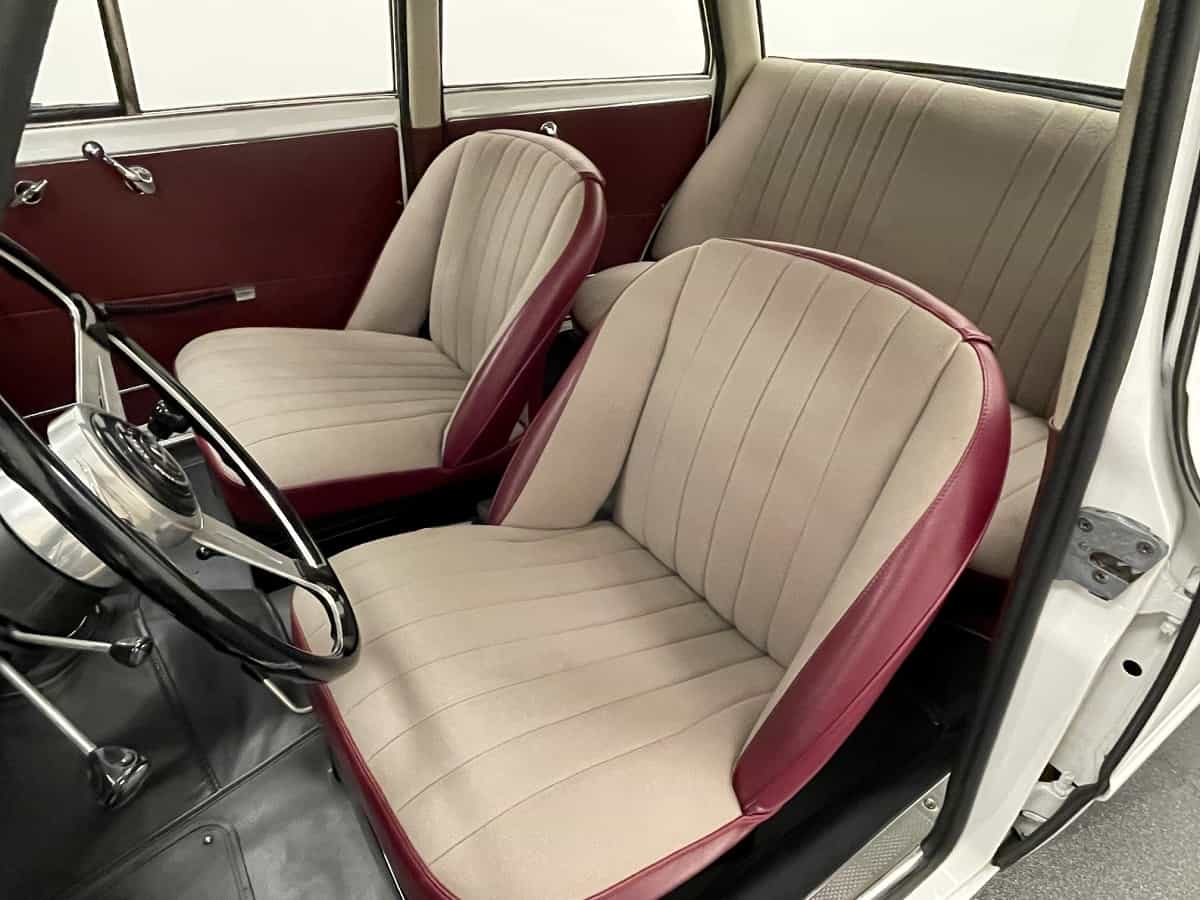 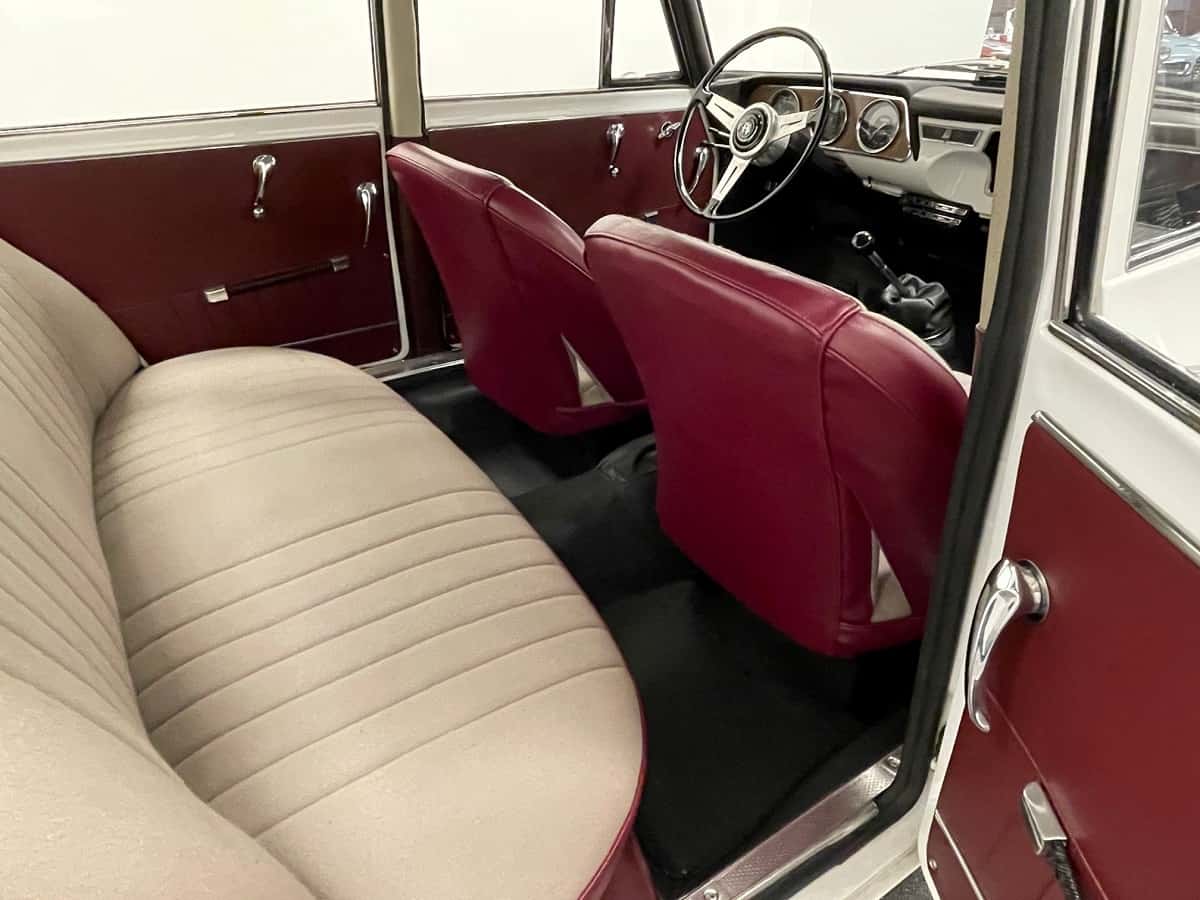 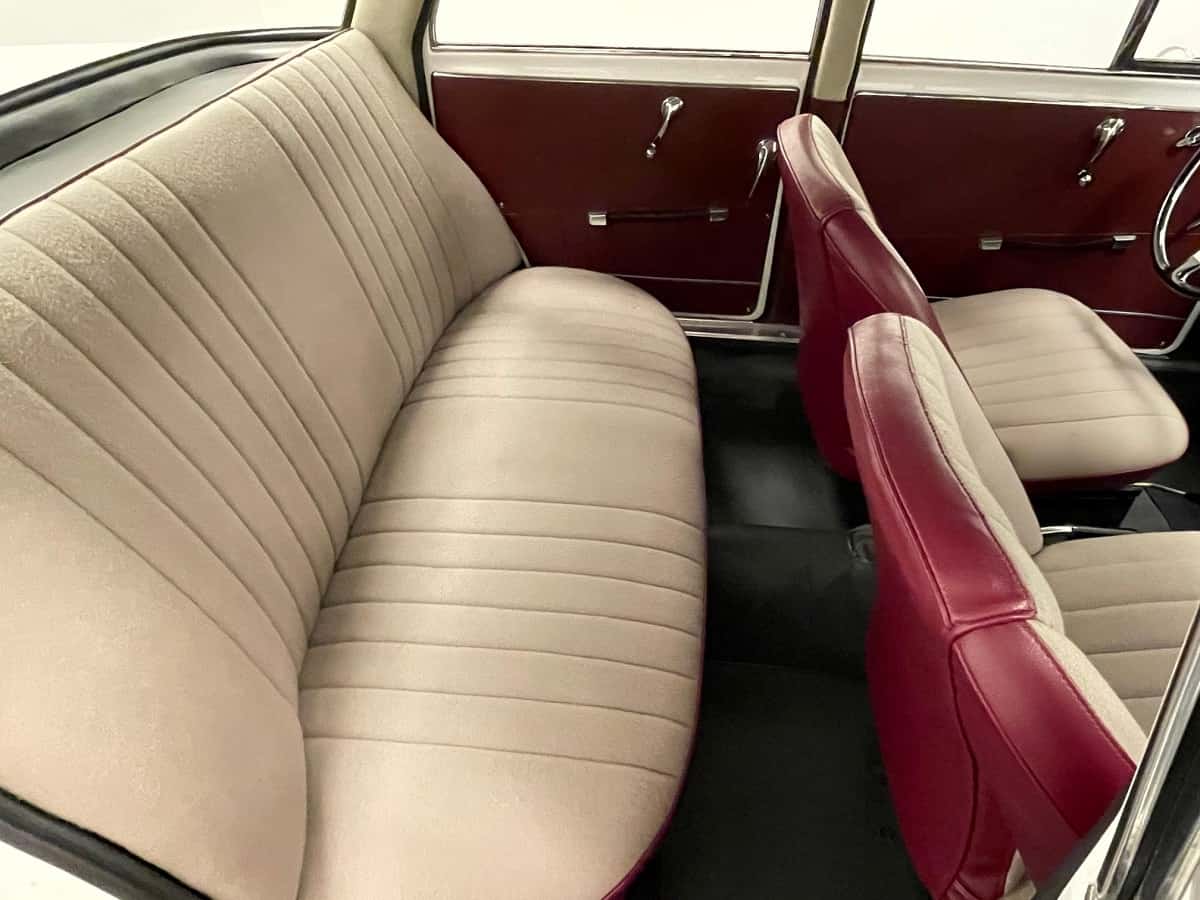 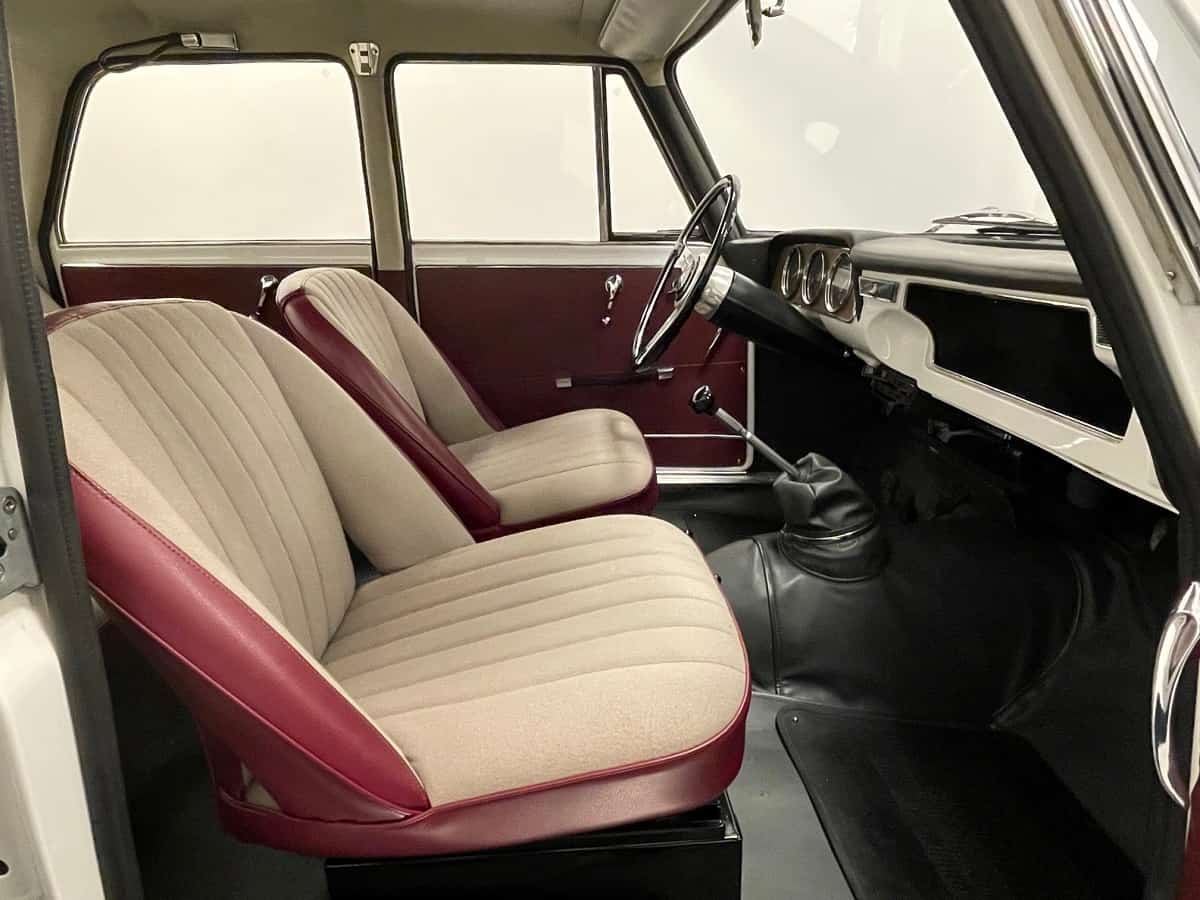 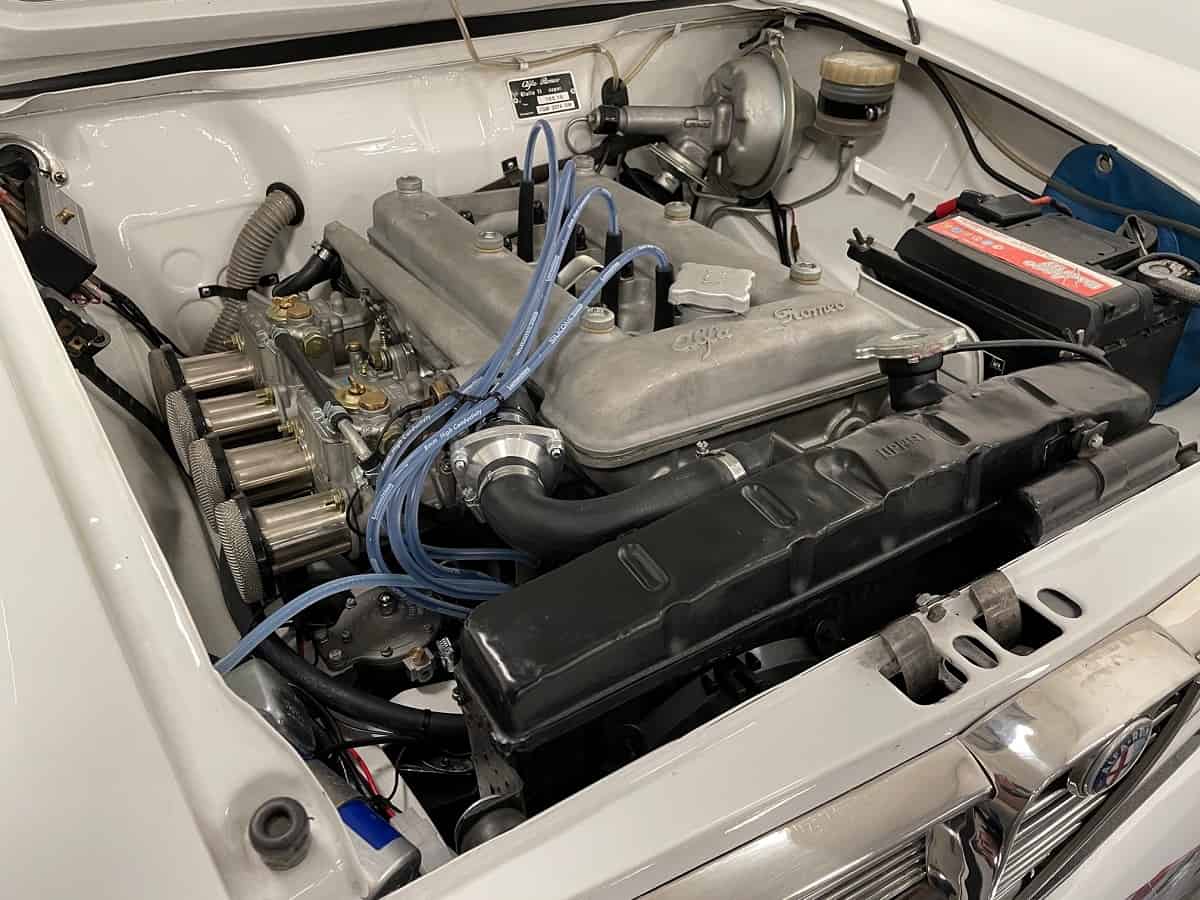 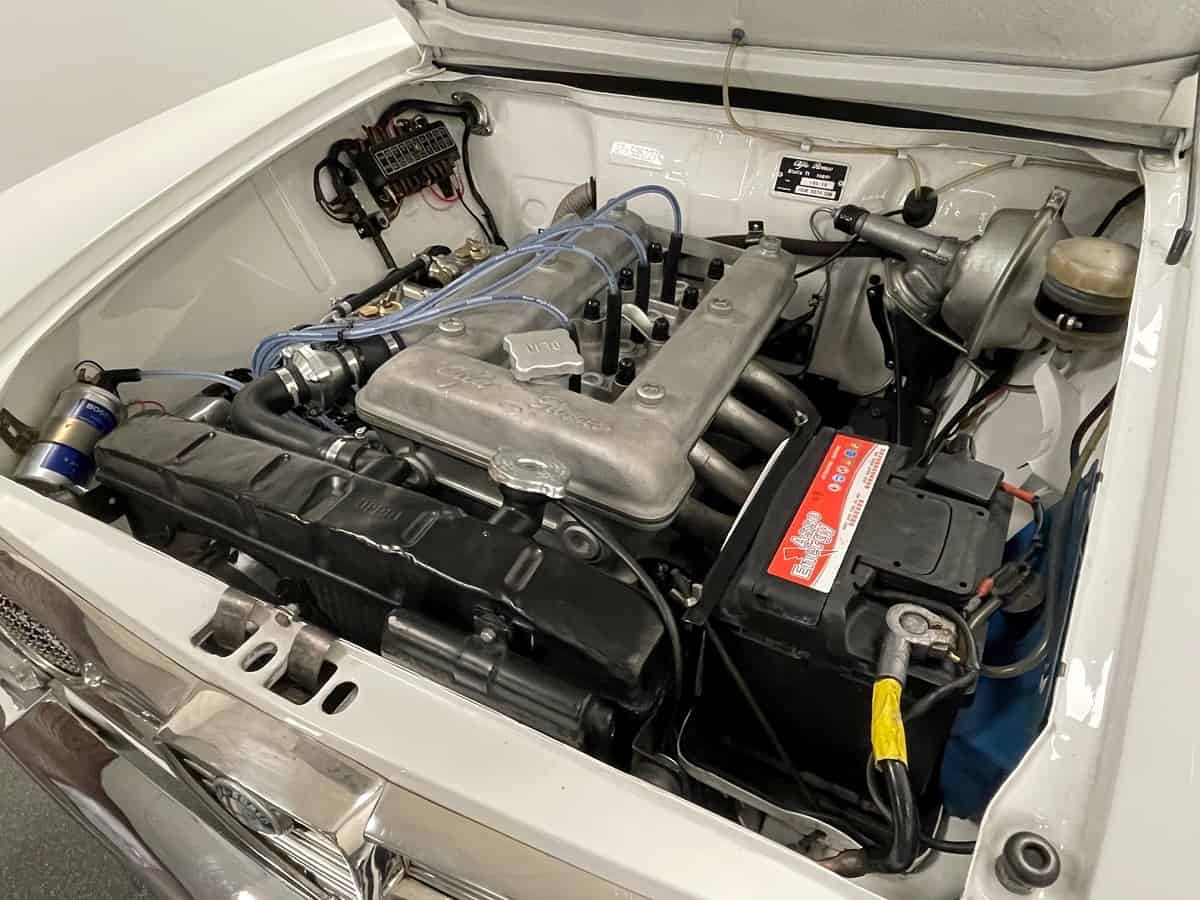 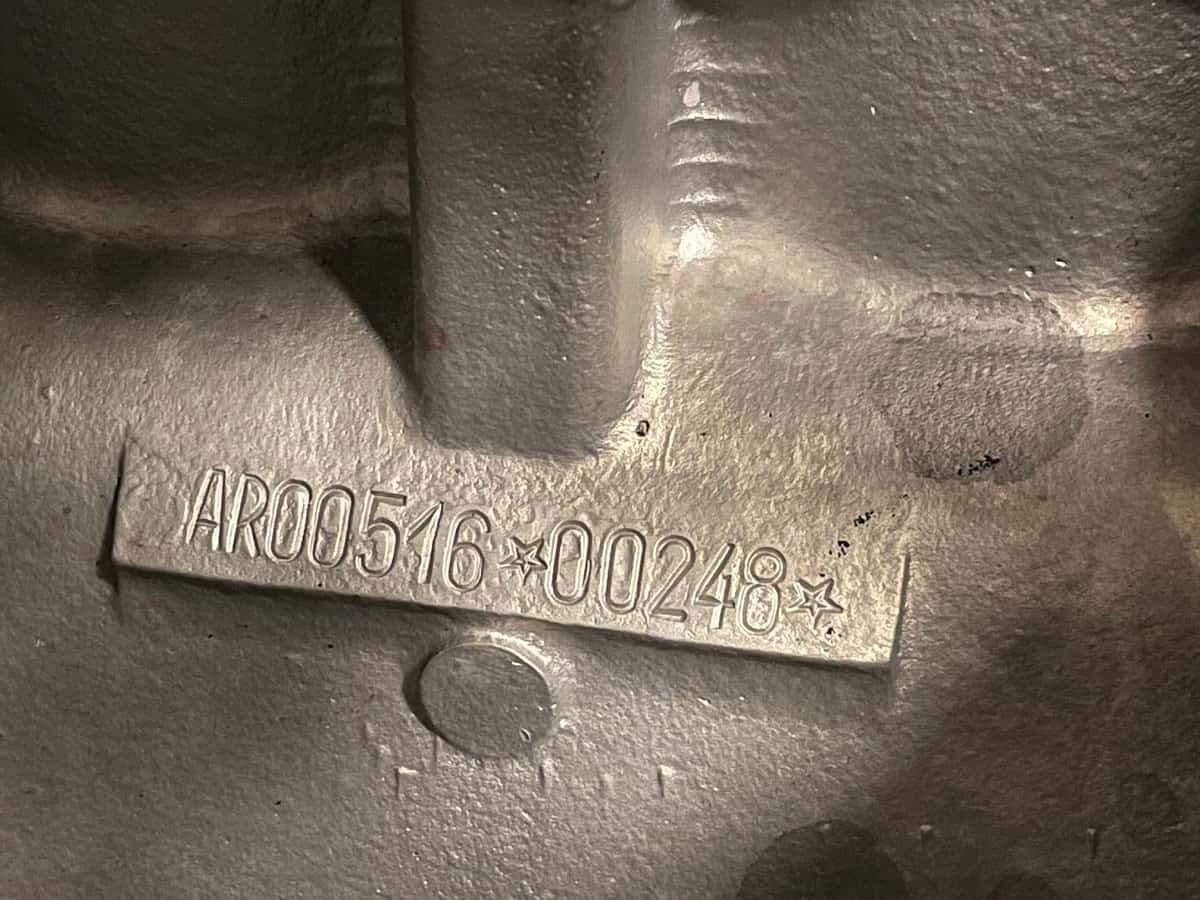 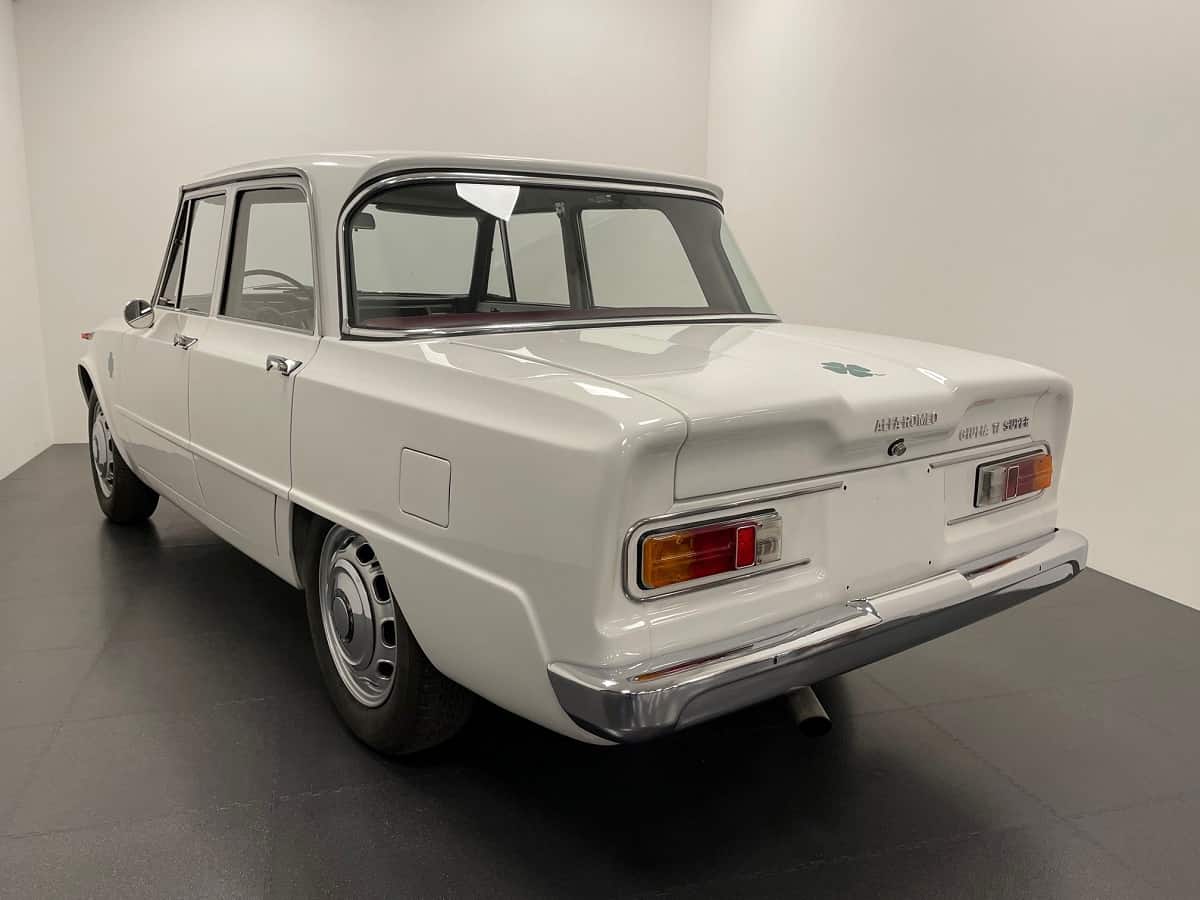 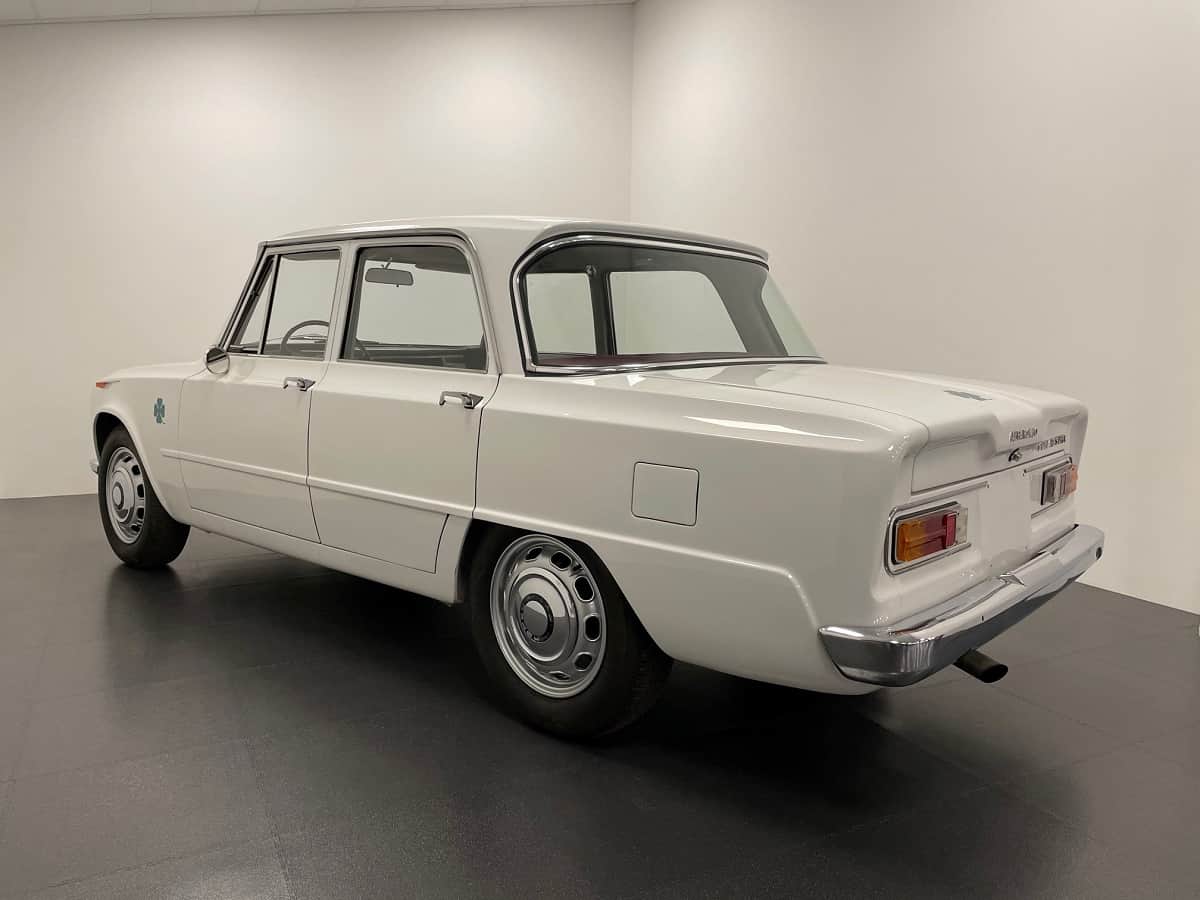 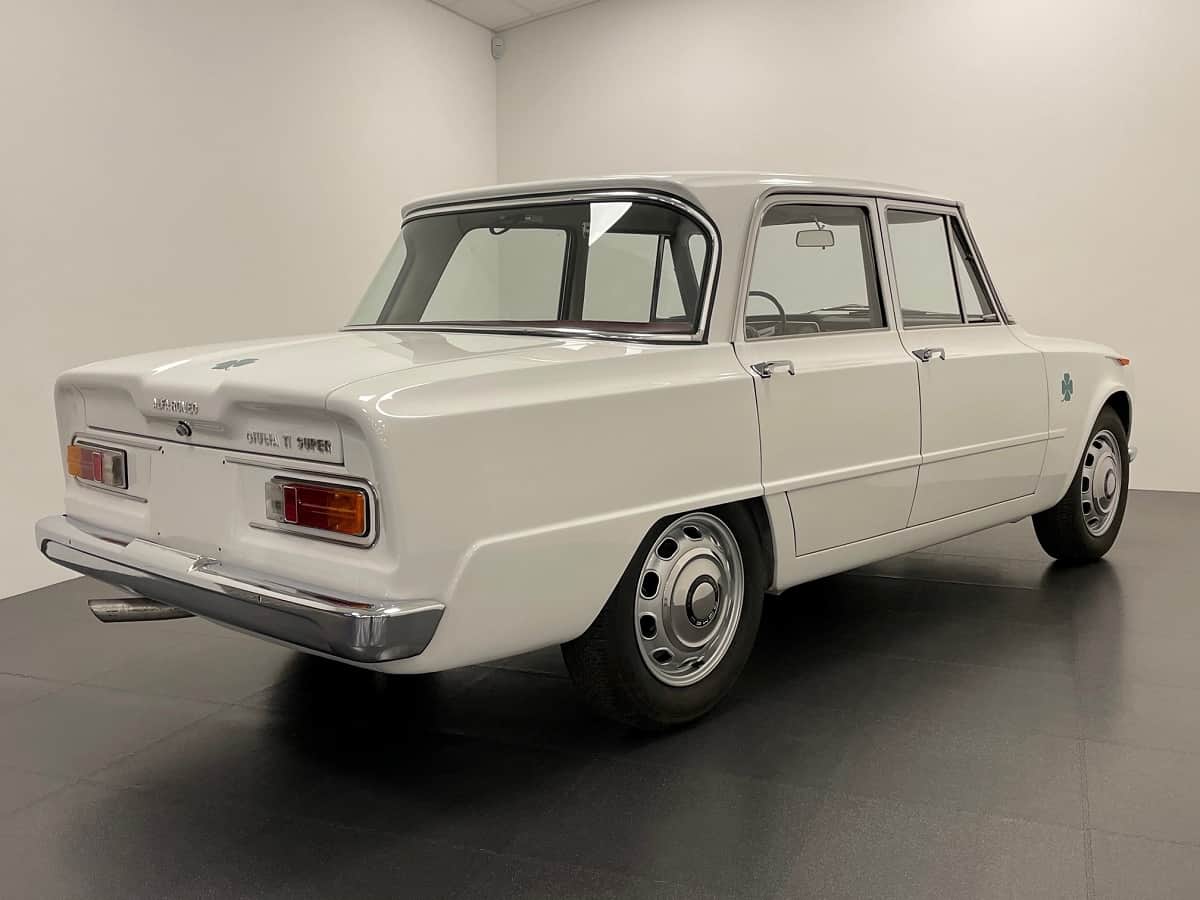 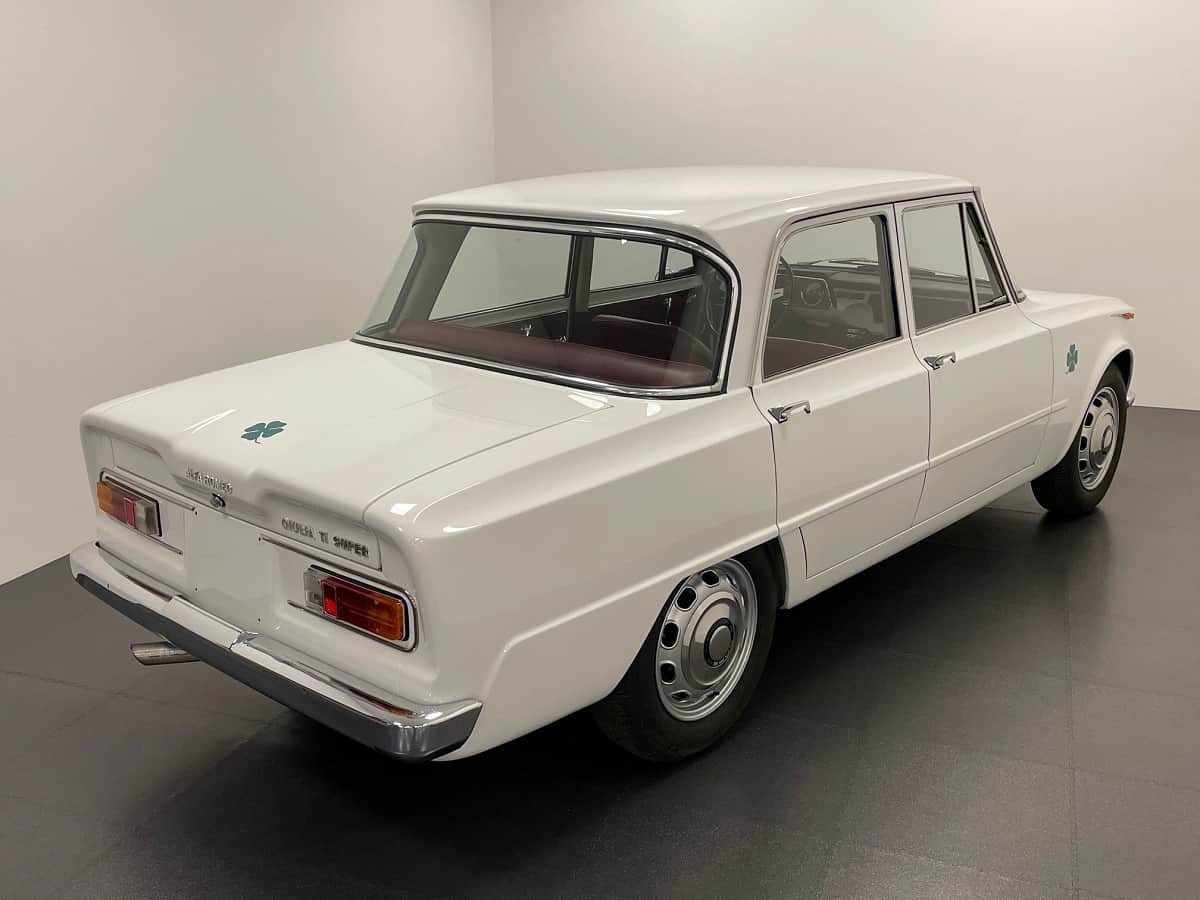